Meet a Few “Other” Mount Olives 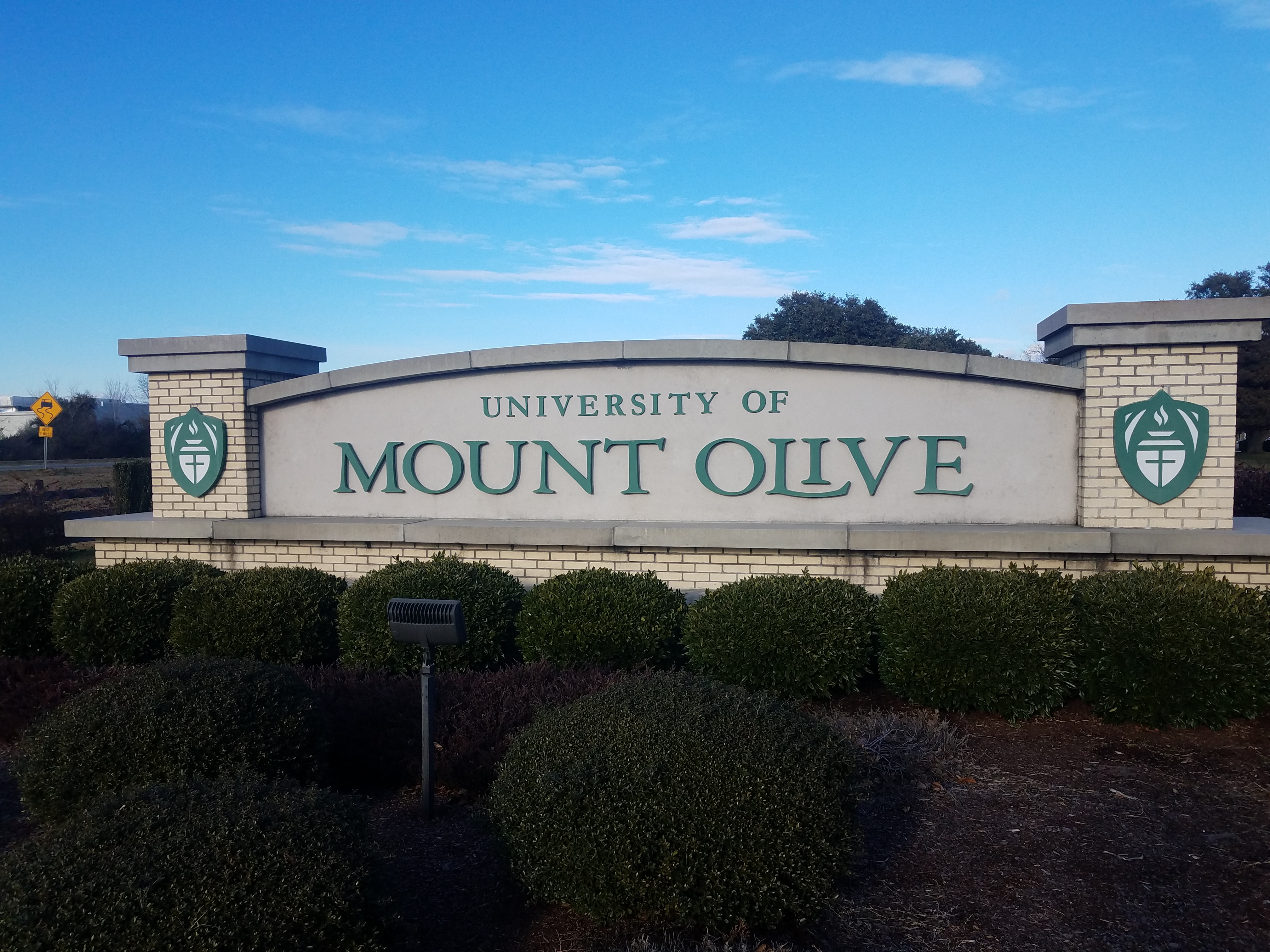 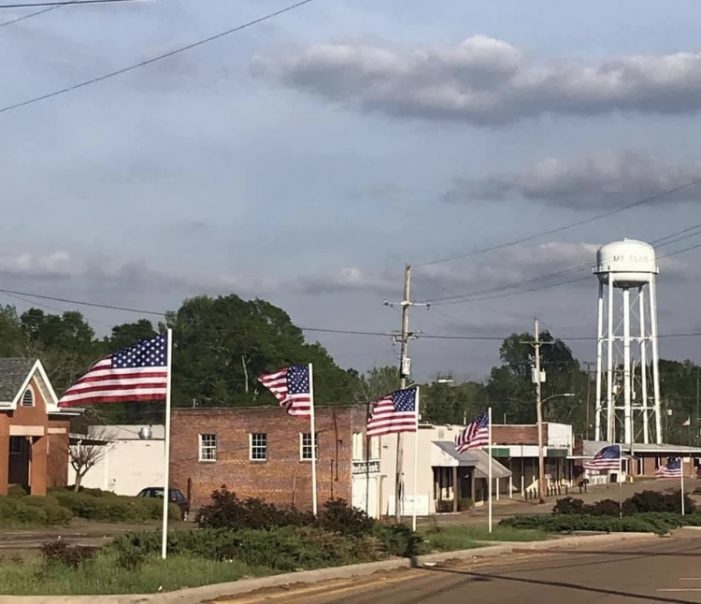 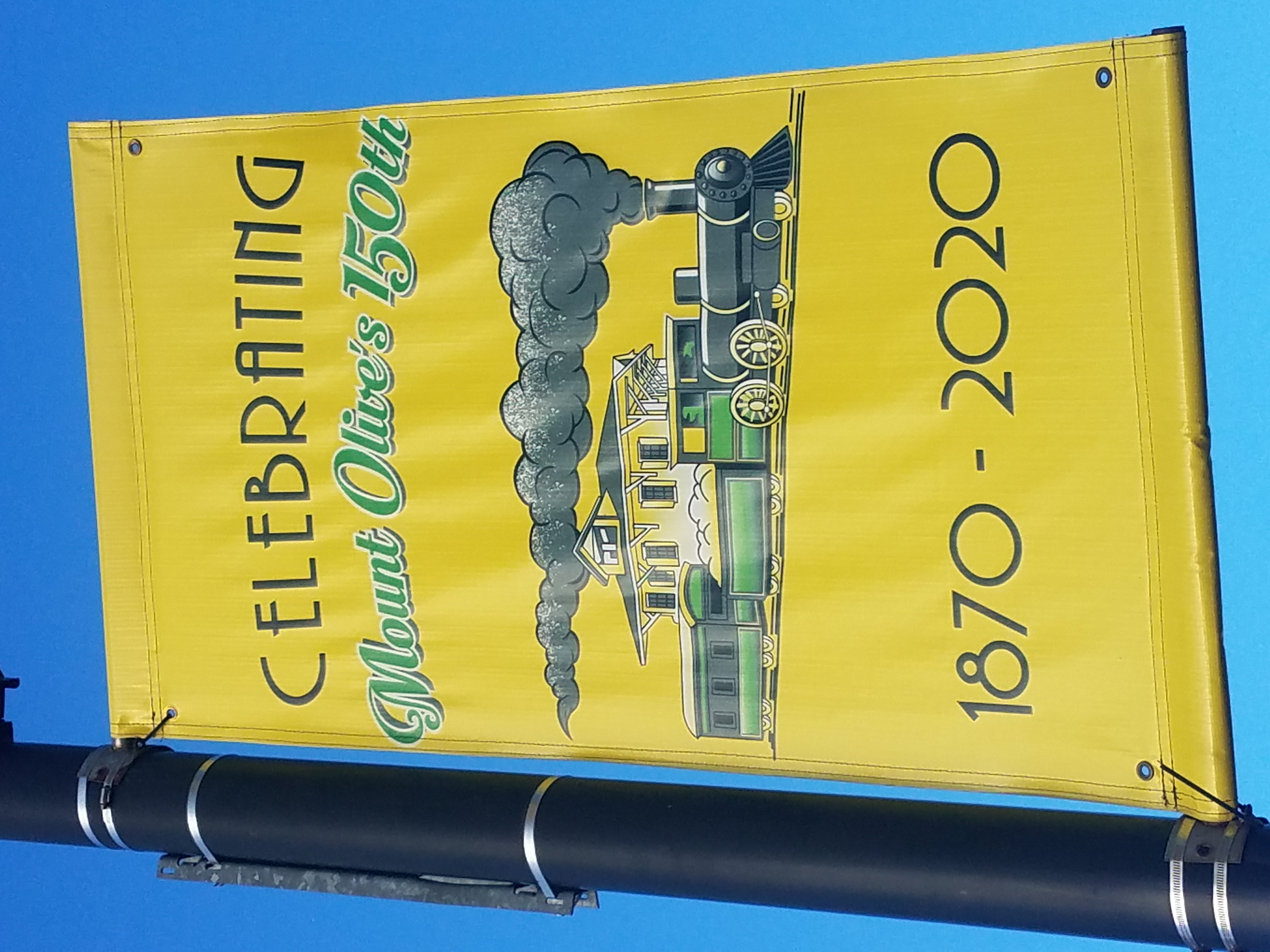 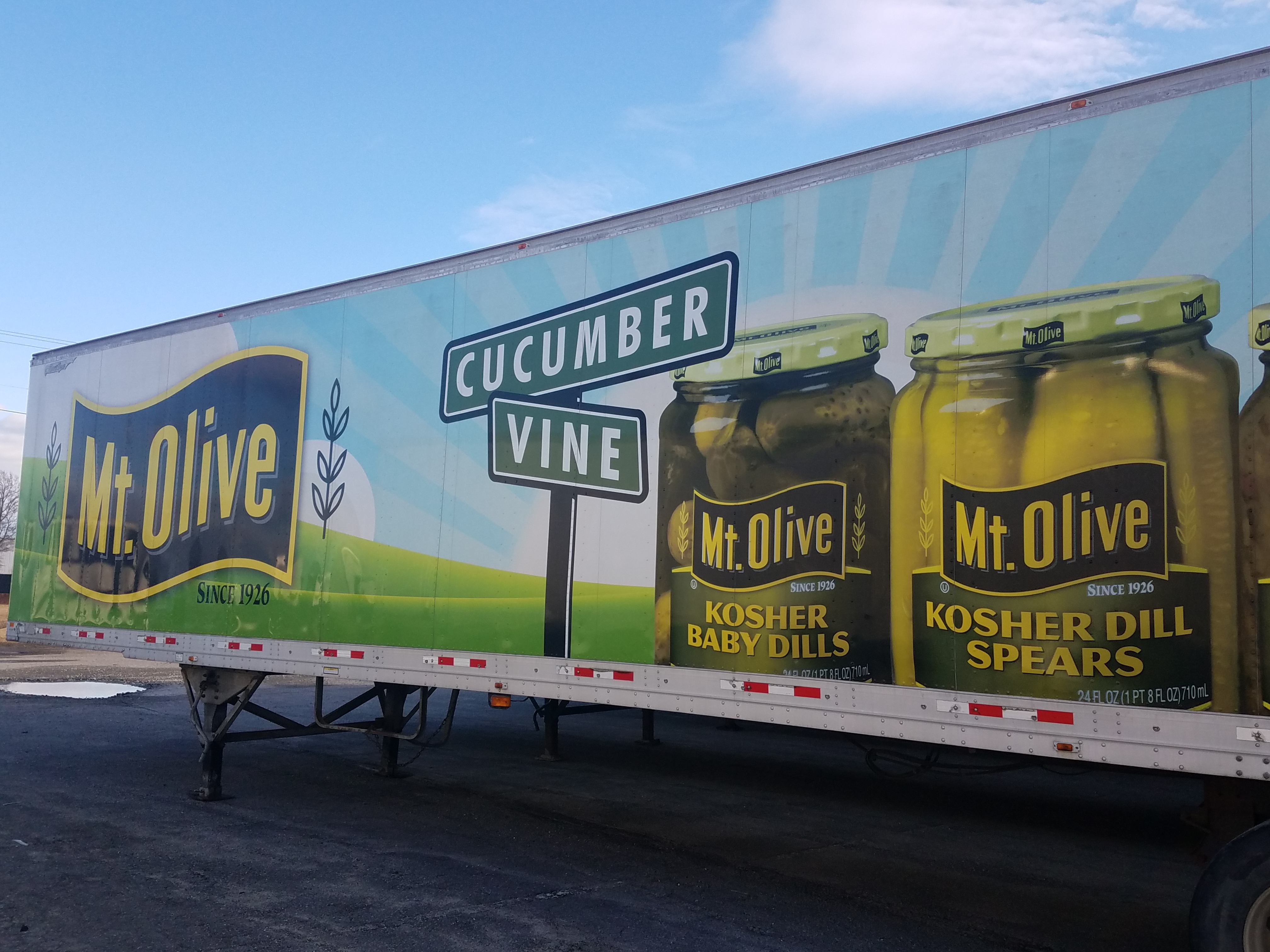 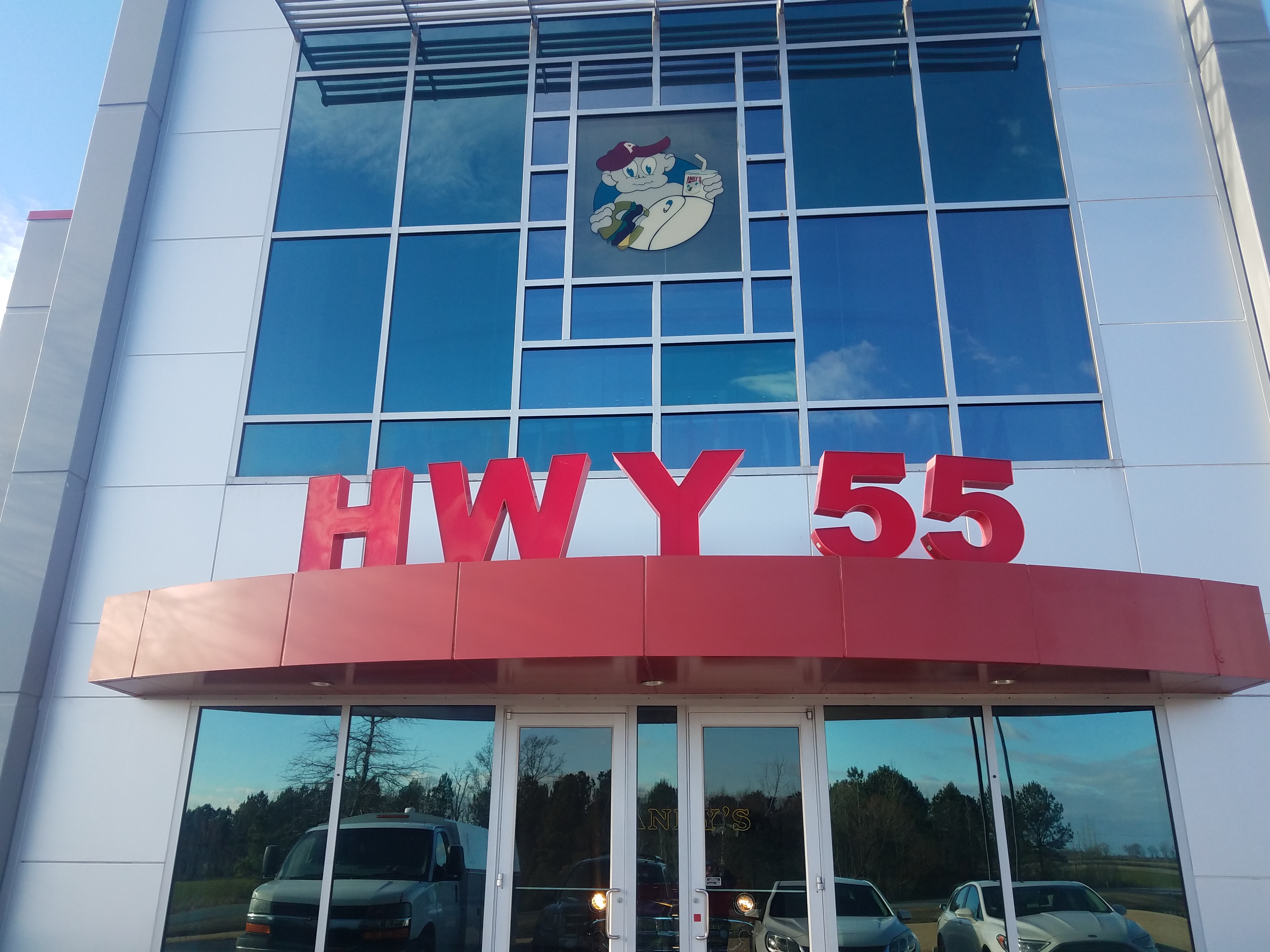 My Life Publications loves to celebrate and learn more about “Sister Cities” that share like names with our publishing communities.

Mount Olive, you’re not alone in having such a great township. In fact, 20 other states are home to a “Mount Olive” and are every bit as unique.

Mount Olive Life reached out to a number of these communities across the country, and two were receptive to our invitation to be part of this article. And here’s the coincidence: both are over a century old as well.

Mount Olive, Mississippi celebrated 120 years in 2020. “We had great plans for doing a lot this past year, but with corona(virus) it did not work out,” says Sandra Boyd, town historian.

“You would find a main street that we call our boulevard,” says Boyd when asked about the town layout. “The town had the four-lane highway between Jackson and the coast, and that was designed in the plan of the town in 1900, when the town was founded.” The road was eventually designated Route 49, which now travels near the border of town. “In about 1968, the design of the highway changed, and the highway moved out of the town, and of course that 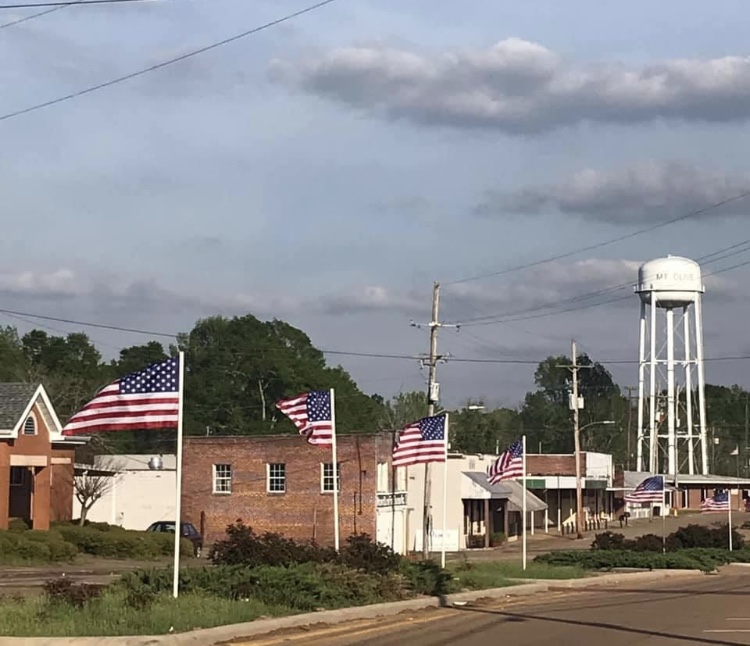 was a major impact in the economy. A lot of the businesses could not sustain themselves without the traffic going through. Transportation methods were changing; that was a little after the railroad (which was built in 1899 and finished in 1900) quit handling freight. So, a lot of changes in the 60s and 70s.” The town business district is about four blocks long, and many of the buildings are original from the 1930s and are listed on the National Register of Historic Places. There are a few vacant store fronts that the town would like to see filled. “The town was centered on the railroad and although the depot was not in the middle, it sort of parallels that boulevard I was talking about.”

Accommodations are not available for visitors, but travel ten miles north to Magee or ten miles south to Collins and you’ll find a place to comfortably stay. As for dining options, Mimi’s is a breakfast and lunch spot with, per Boyd, “Good home cooking,” and she also recommends MOM’s Seafood and Steak. Mount Olive Donuts also serves breakfast and lunch and snacks, and closes at 2:00 p.m. “We have a lot of little places to shop for unique vintage items, but one of the unique places is our basket shop (The Basket Cottage). We have members of the Amish or old order of the German community. They have the basket shop where they make handmade baskets.”

Some of the well-known folks from Mississippi’s Mount Olive you may have seen on your television screen. Miss Mississippi 2015, Hannah Roberts, was 1st runner-up in the 2016 Miss America pageant, and the late Steve McNair, who led the Tennessee Titans to their only Super Bowl appearance (they lost a close battle to the St. Louis Rams), was many times named a National Football League All-Pro.

Boyd also mentions that Mount Olive is one of six sites in the state to apply for and get  the Smithsonian exhibit, “Crossroads: Change in Rural America,” which was on display until December 12, 2020. “That really has been our major celebration for the 120th anniversary because we have had a lot of people come and people have enjoyed it very much. We were really fortunate to get that.”

Boyd talks about Mount Olive, Mississippi’s past, and what she hopes for its future. “Mount Olive is a town where everybody pretty much knows everybody, and everybody watches out for everybody. We’re a small, little community but a good community, and some people have also described it – when they were growing up in the 50s, 60s, and the 70s – as a ‘Mayberry.’ Kids went out in the morning and played and went all over town, and nobody worried about them. It’s changed a little bit, but we’re trying to go back to that as a focus for our community, make it a good, friendly, positive place to live.”

Speaking of “Mayberry,” we head now to North Carolina, where in 2020, a 150th anniversary much like our own took

place. The three-square-mile Mount Olive stretches into both Duplin and Wayne counties. 4,700 people live in the tiny community that is located between Raleigh and the Outer Banks, and about 60 miles from the South Carolina border.

Also, this Mount Olive also has a “little brother” in the same state. Mount Olive, located in Stokes County, is a tiny, unincorporated community.

Mount Olive is home to Mount Olive University, a liberal arts institution, and also the 95-year-old Mt. Olive Pickle Company, and the David Aaron John Historical Museum. Numerous structures are listed on the  National Register of Historic Places. “Yes., we have a historic downtown district,” says Chamber of Commerce President, Julie Beck. “We have the university of Mount Olive in town which has about 3,000 students, including our students that are doing distant learning. Our town was started back in 1870,  so in 2020 we just turned 150 years old.”

Since 1999, the town has hosted an annual Pickle Festival, which is a big draw. “It started when they built a railroad track to come through our town – it started bringing people to town – and then they started trading vegetables,” says Beck about the genesis of Mt. Olive Pickle Company. “And in 1926 is when they had an overabundance of cucumbers and they were about to rot, and so some local businesses decided that they should create a pickle company, and that started the Mt. Olive Pickle Company. They sell them in all 50 states,” says Beck. “They are the number one producer of pickles, peppers, and relishes in the nation – in the whole United States.”

“I’m a transplant,” says Beck, who is originally from Ohio, “but the people in this town are some of the friendliest people I have ever met. The people in our town are passionate about our community.”

It was March 1, 2020 that Mount Olive, North Carolina turned 150 years old. “We had a big celebration in town,” says Beck, “and then two weeks later the pandemic hit, and we had to cancel every other (event). Unfortunately, we had a whole year’s worth of activities planned, and it’s unfortunate that we only got to have one. It was a nice celebration in our old high school, which is no longer a high school, it is now an auditorium at the university. We brought a bunch of the relatives of some of the original founders of Mount Olive, some of the key people that helped get our town started. We went back and found some of their relatives who still live around here and came in from out of town and gave stories and shared information about it. It was really interesting. I learned a lot that day about things in this town that I never knew.”

The Sleep Inn & Suites is the only hotel in town, which Beck calls, “Very nice, actually.” She then recommends a hot burger spot for hunger cravings.  ”We have a restaurant that actually has its corporate office in Mount Olive. It’s called Hwy 55 Burgers, Shakes & Fries. It was founded by Kenney Moore, who lives here in Mount Olive. It (the restaurant) is nationwide, although there may not be any in New Jersey and they are not in all the states, but they’re expanding more and more and more. I know there are some up in Ohio, there’s some down in Florida, there’s some out in Kentucky. I was in Montana this summer, there’s one or two in Montana. I went to one in Montana which I thought was so great. So yeah, when people come to town, we always send them to Hwy 55 because that’s just a Mount Olive tradition.” And tradition doesn’t end with Mr. Moore’s eatery. “We also have a couple little places of what I would call ‘mom and pop.’ Good old southern cooking restaurants like Rita’s Place, and The Plow house. And we only have one steakhouse in town, one really proper restaurant I guess you could say, called Ribeye’s Steakhouse.”

“Everything else is ‘mom and pop’ kind of places; small community, that’s what you get.”

Olympian handball player, Leora “Sam” Jones, who also played basketball, grew up in town.  “About three weeks ago we just opened up a new high school gym, had a ribbon cutting, and she was there. That was one of the people they brought in because she would have played basketball at their high school, growing up.” Mount Olive, New Jersey may have its resident Super Bowl champion in former New York Giant, Lee Rouson, but so does Mount Olive, North Carolina. Greg Warren, who played long snapper for the Pittsburgh Steelers, helped the club win Super Bowl championships in 2005 and 2009. “His father was the football coach at Southern Wayne High School,” says Beck, “which is our high school. Greg grew up in Mount Olive and went on to be a world champion with the Pittsburgh Steelers. He has since retired, and he lives in  in Raleigh now. And we had a guy who wrote some TV and film scripts. His name is Marian Hargrove. We have some of that stuff on display over there in the library.”

Beck also sends a congratulatory message to her sister city up north. “Congratulations for such a historic moment. When you get to 150 years – a Sesquicentennial – you’ve obviously done things right. You’re still  surviving and thriving 150 years later. So, congratulations. “

To learn more about both communities, visit townofmtolivems.com or www.townofmountolivenc.org.

Here are some other Mount Olives in the United States to read up on. There are unincorporated, tiny Mount Olives located in Alabama (numerous), Arkansas, Indiana, Kentucky, Missouri, Ohio, Texas, Virginia, and Washington.

Mount Olive, Illinois is a city in Macoupin County, Illinois, United States, where the is population roughly 2,100 and Route 66 is a big drew, while Mount Olive, Oklahoma is a community where a few people reside, the Mount Olive Baptist Church the landmark where locals gather.