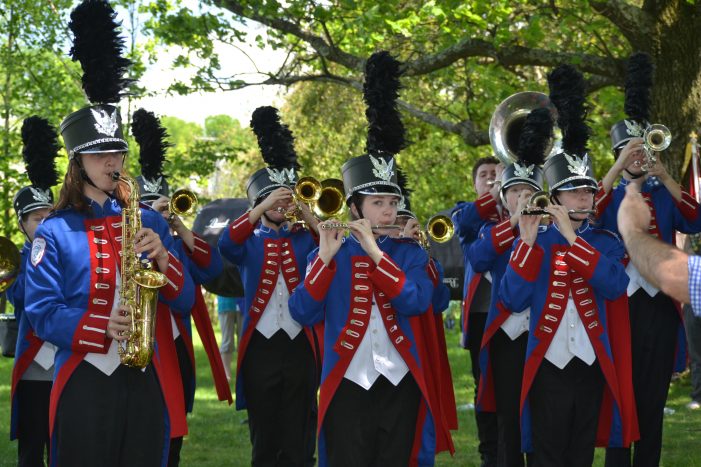 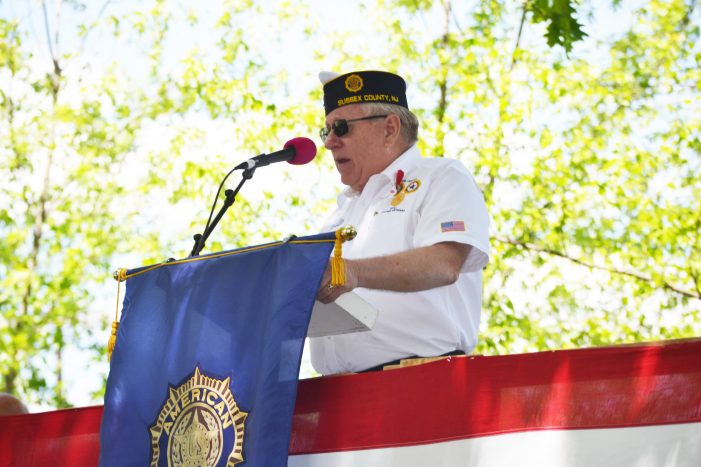 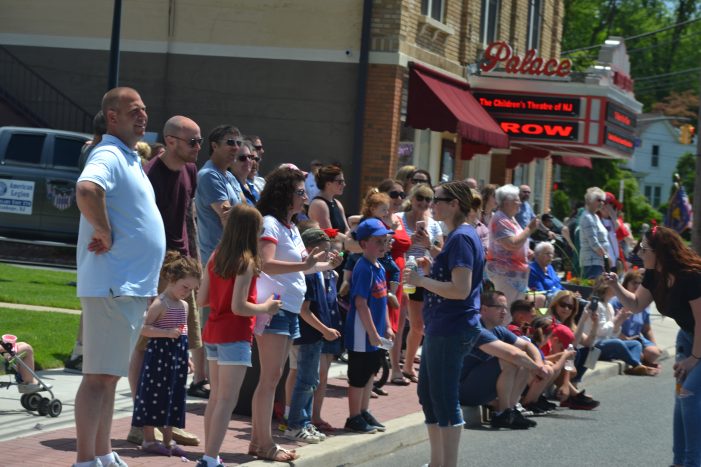 Parents and children and grandparents line the Netcong sidewalk near the Growing Stage, aka the Palace Theater. 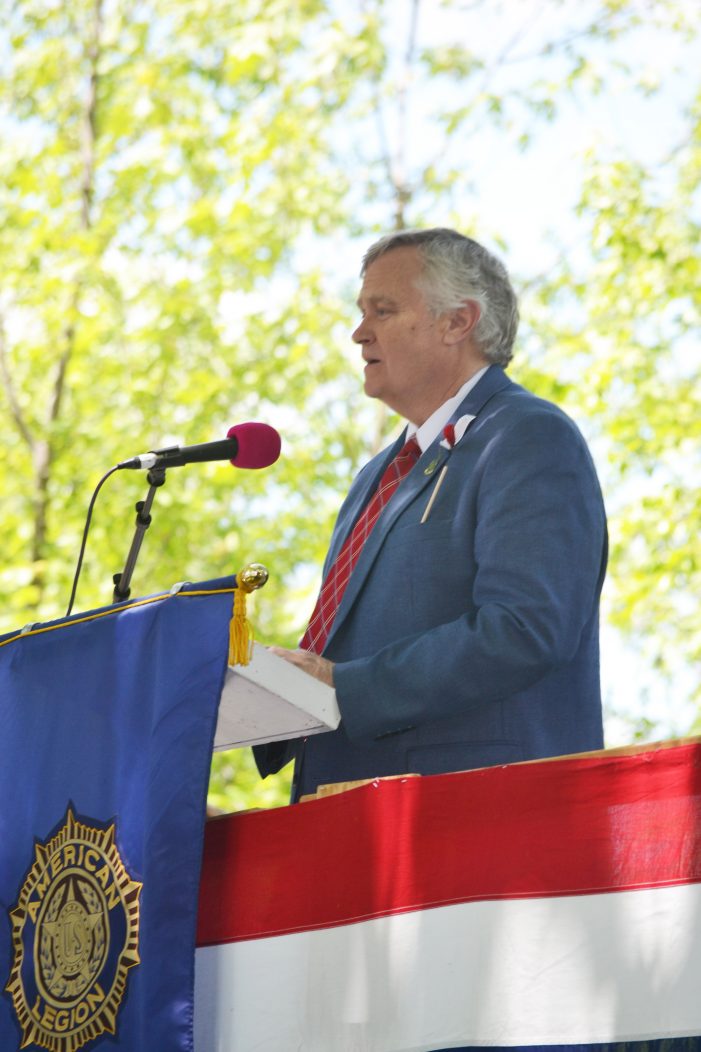 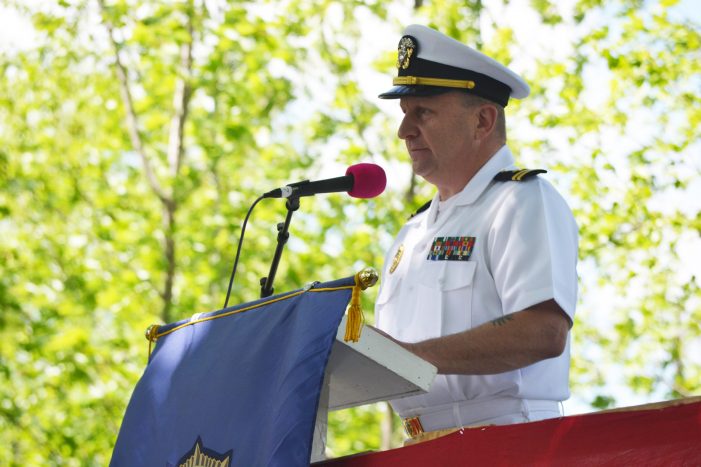 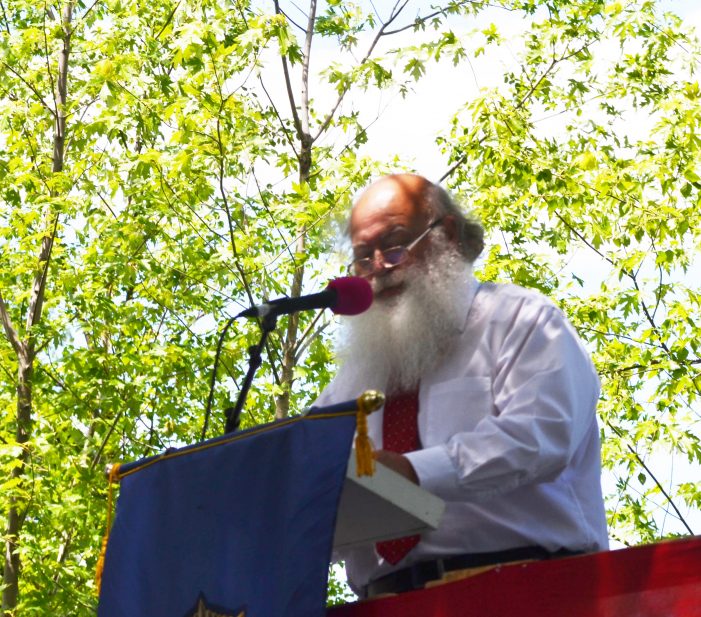 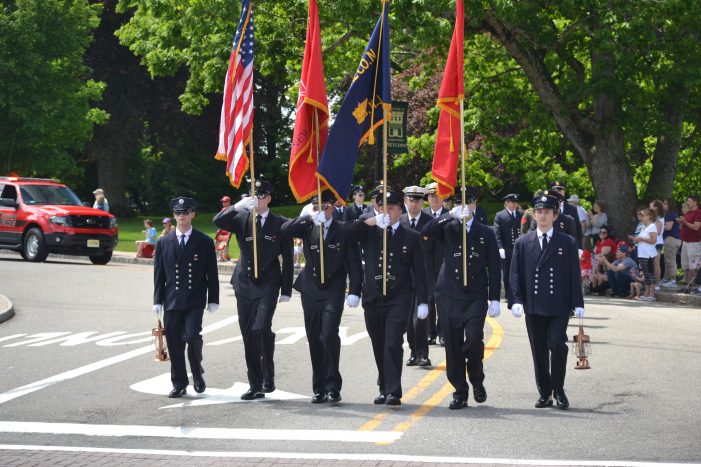 The Netcong Fire Department marches in the Memorial Day parade. 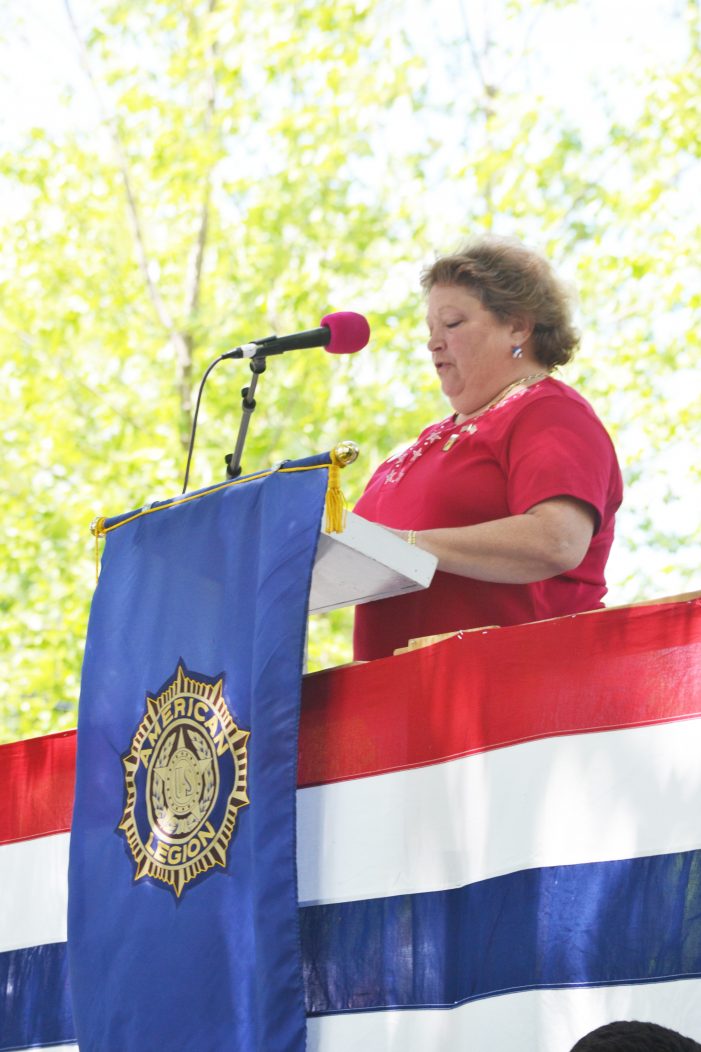 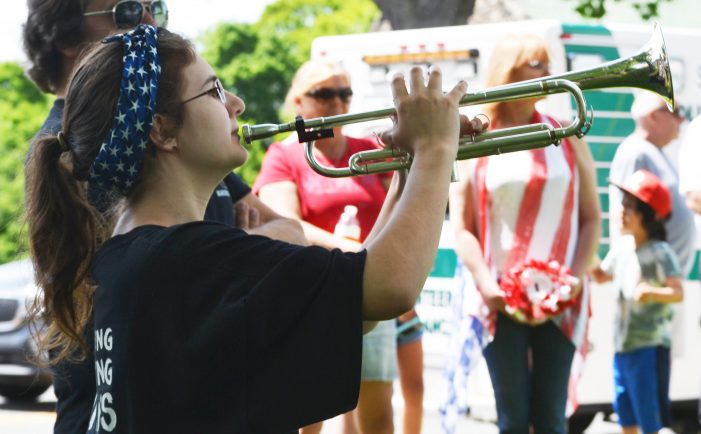 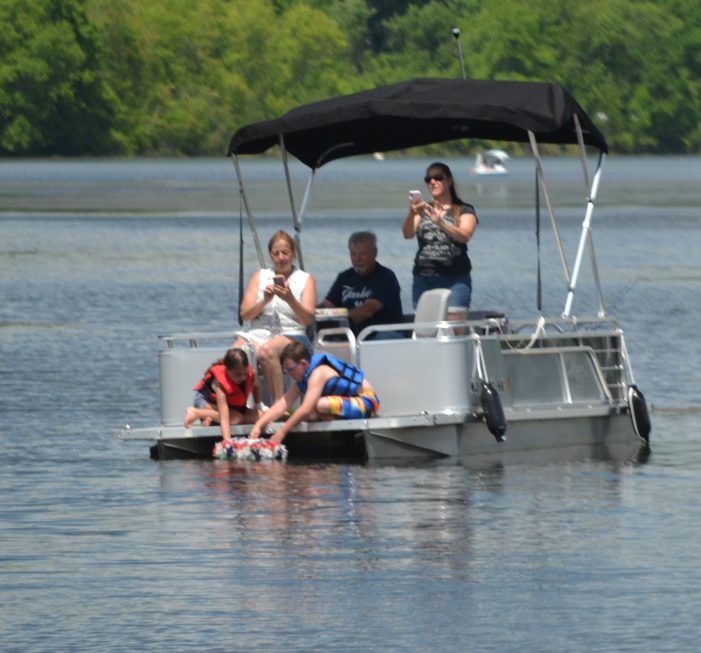 A family fishing off their boat was pressed into service to lay the wreathe in Lake Musconetcong when the canoeist who was expected didn’t show up.

Families were unfolding chairs and applying sunscreen to children along the

sidewalks and at the war memorial adjacent to the Lake Musconetcong Dam.

Memorial Day turns Netcong and the surrounding area into small-town America at its best. Fire companies from Netcong and Stanhope, the high school bands from Lenape Valley and Hopatcong, scout troops and Little League teams all join the parade.

The crowd at the memorial included present and past elected officials, veterans and their families, parents and children and plenty of dogs on leashes.

Joseph Nametko, mayor of Netcong started off the ceremony. He spoke of the 1,150,000 military personnel who gave their lives in wars since the American Revolution.

“Pray for the men and women and their families and friends they left behind,” Nametko entreated the crowd under the trees around the memorial, many of whom were veterans or family members, including the sound engineer for the event, Harry Grant of Flanders, a Vietnam veteran.

“There is no way we can repay this debt to them,” she said, “but we can take the

time to say thank you.”

Graham said. He suggested each person who attends the ceremony should bring a friend so the crowd is larger.

He quoted former Congressman Rodney Frelinghuysen, himself a Vietnam veteran, “veterans are a symbol of what makes our nation great and we should never forget.

Keynote speaker was Lt. Mitch Ellicott of the Naval Security Forces a native of the Lake Musconetcong area who now lives in Fredon.

He spoke of the veterans who make it home but then take their own lives.

“When that Sandy Hook father took his life it was all over the press,” he said, “but when

was the last time you heard of a veteran committing suicide?”  He noted an average of 22 veterans take their own lives each day.

Ellicott’s cousin took his own life and, more recently, a young man from his unit did the same recently.

“We are trained to look for symptoms but sometimes we just don’t see them,” he said.

While the Rev. Hugh Matlack of the First Presbyterian Church of Stanhope read the list of soldiers from Netcong, Stanhope and Budd Lake who were killed in action, the Lenape Valley Regional High School Marching Band played “Amazing Grace.”

After the American Legion

color guard fired a salute and the wreathe was laid in Lake Musconetcong, Jennifer Coulman, a senior at

After the ceremony, the parade continued to the American Legion Post on Ledgewood Road (Route 183).