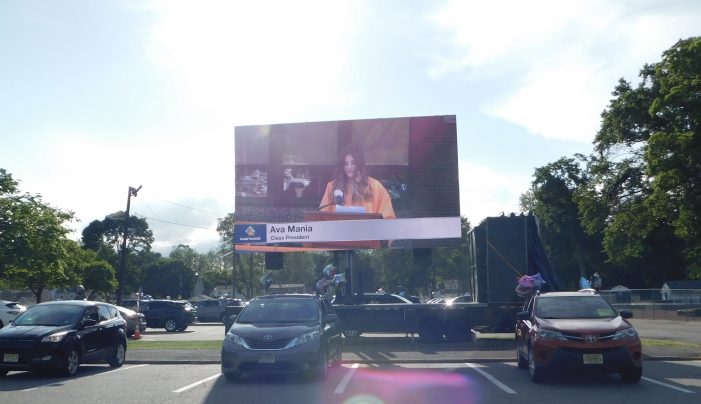 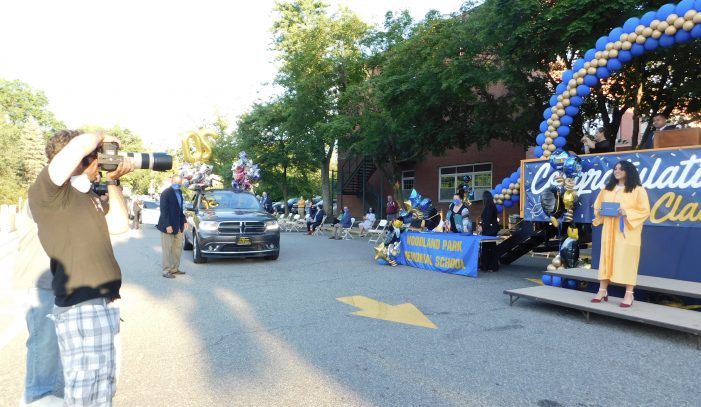 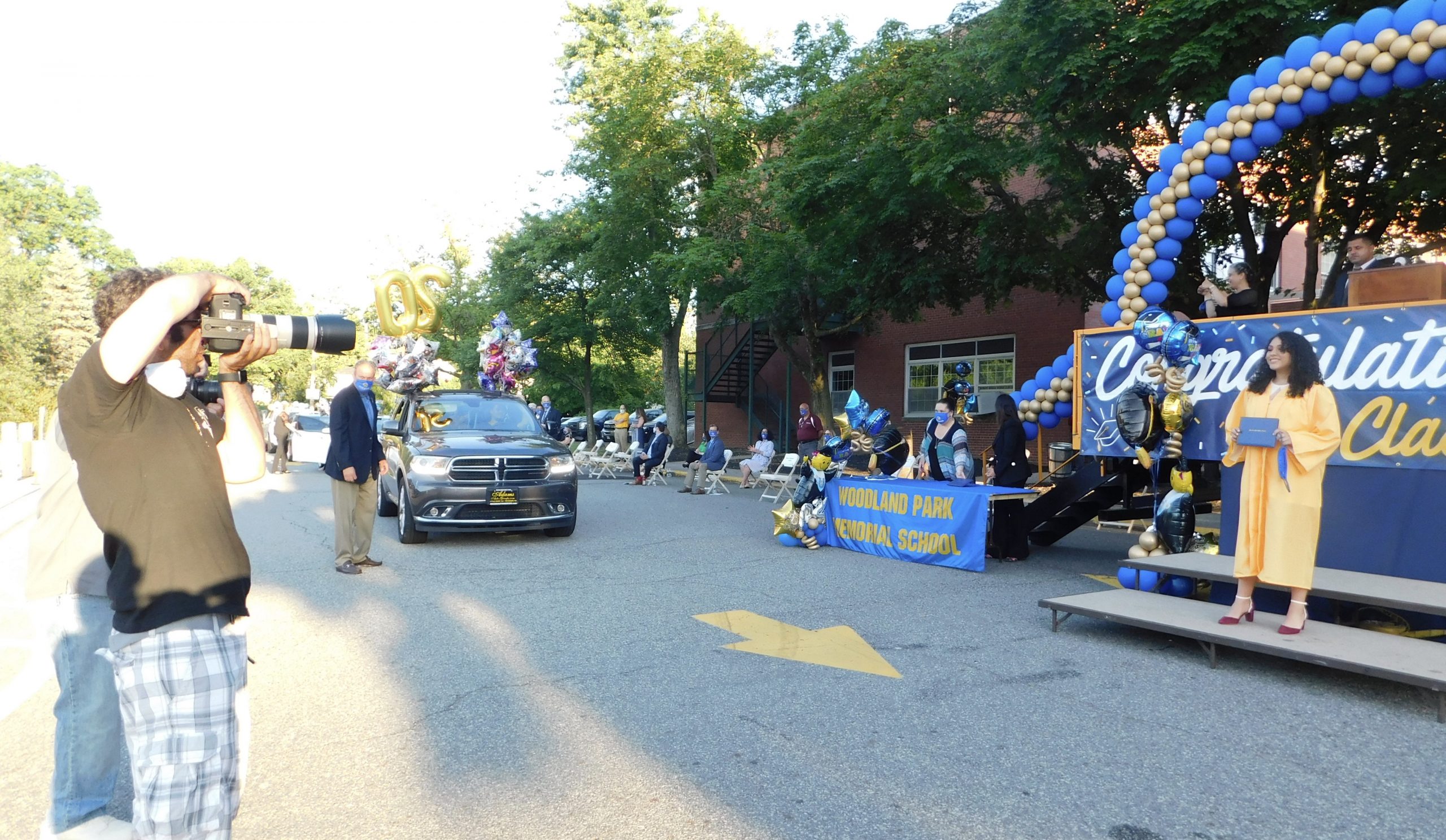 The Class of 2020 graduated from Memorial Middle School in Woodland Park on June 18 in a unique drive-by event held in the parking lot at Passaic Valley High School.

It was a historic event for both Memorial School and Borough of Woodland Park, as it was the first Woodland Park class to graduate outside. In 1958, the first 8th grade graduation was held in Memorial School’s gymnasium. Each year students graduated in the gym until the event was moved to Passaic Valley H.S., held in the Schneider Auditorium.

COVID-19 restrictions did not allow the school district to hold its traditional event this year so with help from Mayor Keith Kazmark and the Borough Council, the Board of Education and school district administration devised an outdoor event plan in which all students could attend with their families.

The event accomplished two things: it allowed the entire class to graduate together and it followed the exact same

event program it would have had it been held inside and that it has had since 1958.

With help in planning and on site by the Woodland Park Police Department, West Paterson Fire Department and West Paterson First Aid Squad, graduates and their families arrived and parked in an assigned spot in the lot. A number of massive video screens and speakers were placed throughout the lots so everyone was able to view the ceremony.

At the front of the high school’s back entrance, the Borough’s DPW truck used as a viewing stand for parades served as the stage for the graduation speakers. After all the speeches commenced, the graduates were called up one by one, their family’s car pulling to the decorated stage. The graduate got out of the car, received their diploma, and then had their photo taken by a professional photographer, before exiting the lot. 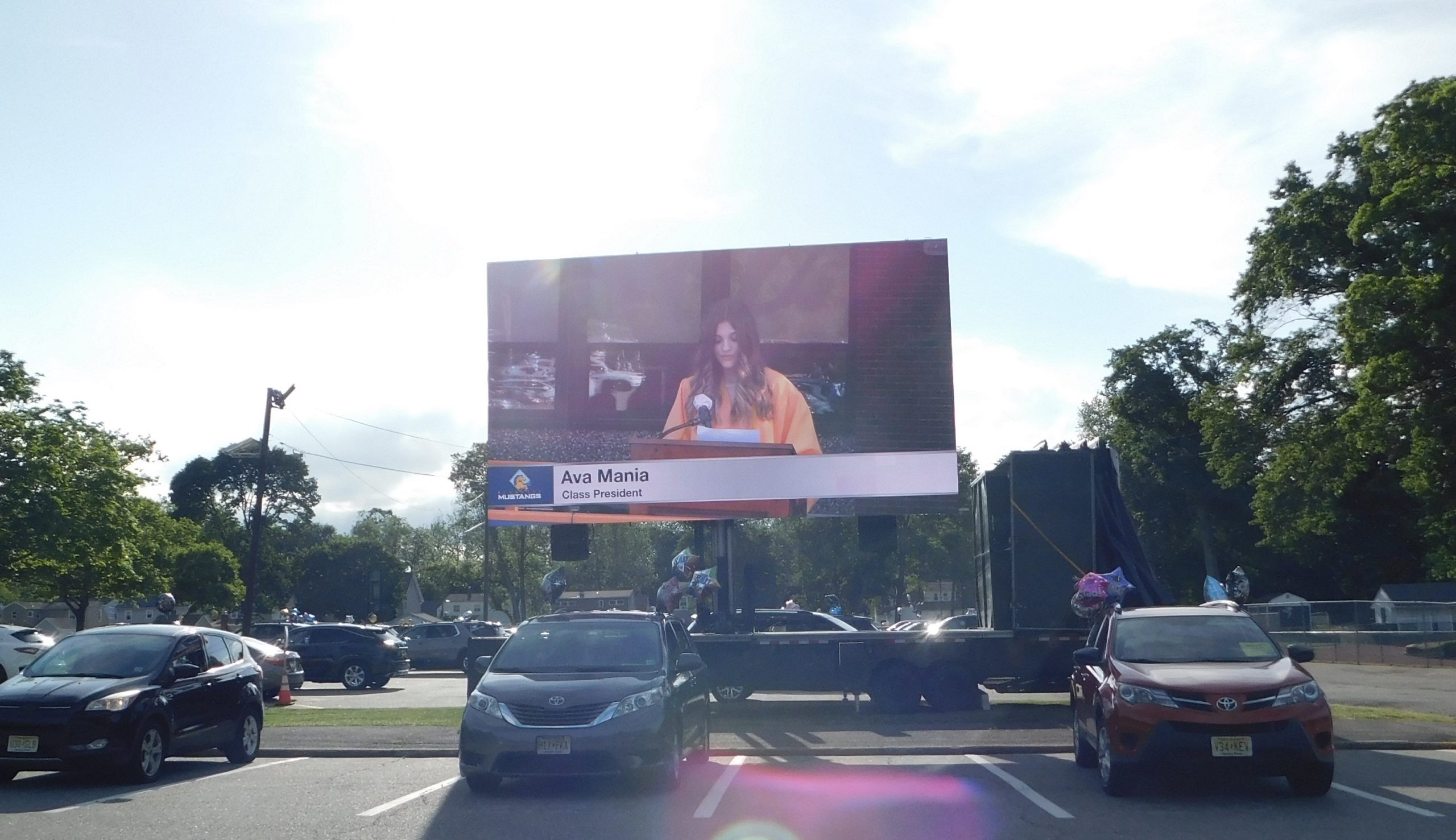 On their way out of the event, graduates had a surprise waiting for them in the front of the Passaic Valley property. Numerous of their teachers from Memorial School lined the sidewalks, waving signs and cheering each of them out.

The event was streamed on the school district Facebook page, on PVTV and on radio 97.5 FM so families both on site or afar could all watch and listen.