Mendham Church Pushes Beyond the Walls 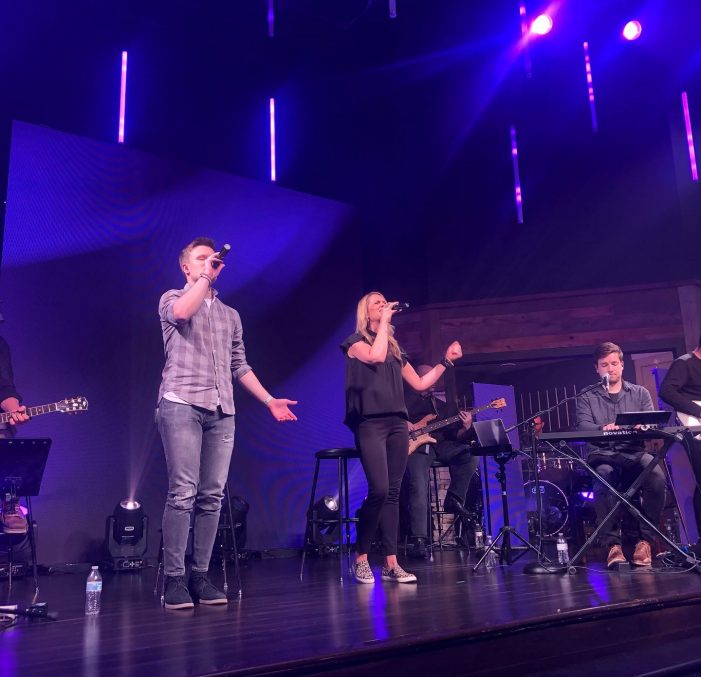 Mendham Hills Community Church is located at 480 Route 24, in Chester. The church holds services at   9am and 10:30am live and online each Sunday featuring the music of its praise and worship band. 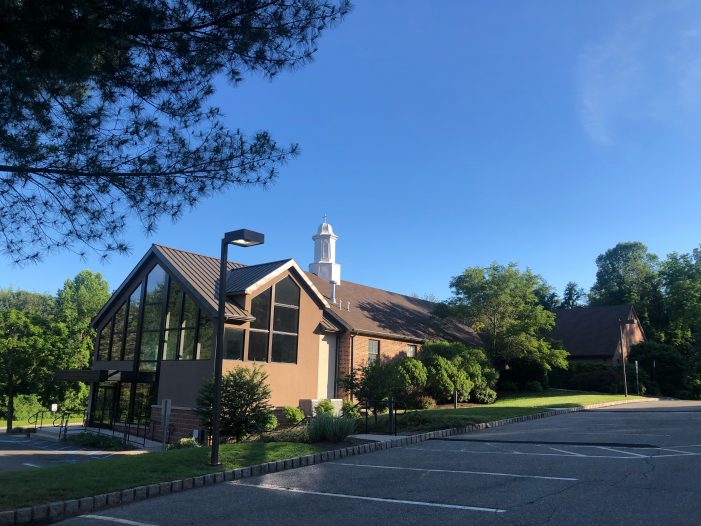 When it comes to mission work, the Mendham Hills Community Church has a saying, “the life you change might just be your own.”  The church, located at 480 Route 24, in Chester has a secular non-profit called “Beyond the Walls” which helps groups living in homelessness or poverty locally, domestically, and internationally.  The international mission, which travels to Guatemala to help 11,000 plus people living and working in a garbage dump, has grown to include participants from a number of states. “People have a wonderful experience and share it with the world,” said the church’s pastor, John Isemann, in explaining how people from outside the area get involved.   In addition to its mission work, the church provides a place where people of all ages can grow in fellowship and faith.

Mendham Hills Community Church is a Christian and Missionary Alliance church which started as a bible study in the early 1980s, and by the late 1980’s, a church was built.

Isemann has been the lead pastor for 10 years and recalled how he came to the church.  He grew up in Mount Olive and after his freshman year at Rutgers University was working at the Sizzler by Rockaway Mall.  He met a “beautiful blonde” named Joan, but she wouldn’t date him because he wasn’t a Christian: he only went to church on Christmas and Easter.  This made Isemann reexamine his faith. He went back to the church of his youth, but felt it really didn’t offer what he needed.  Sometime later, after marrying Joan, Isemann was playing putt-putt golf. He saw a man in a Christian rock t-shirt.  Isemann felt a voice inside him telling him to ask the man about the shirt. He did and the man shared that he went to Mendham Hills Community Church.  Isemann and his wife went there in the early 1990’s and Isemann says he was “overwhelmed and overcome with the sense of love, community and joy.”  They stayed and Isemann took on, and grew, in leadership roles within the church.   A man with a 20+ year career in finance, Isemann went through all the denomination requirements to become a pastor and became the lead pastor of the church 10 years ago. The Isemann’s have four grown children (Courtney, John, Caleb, and Caroline) and recently welcomed their first grandchild, a baby girl named Landry.   The canine member of the family is a dog named Moose.  Isemann has always loved sports and enjoys rooting on his favorite teams, even with their poor records (ex. The Mets) and cheering on his daughter, Caroline, who participates in college track.

Weekly services at Mendham Hills Community Church, in-person and online, are Sundays at 9am and 10:30am.  The worship style is contemporary.  It has a praise and worship band led by Isaac Davis, who also takes care of the technology and production for live steaming the services.  “Mendham Hills Community Church has an average Sunday attendance of between 400-500,  Easter around 800, and Christmas Eve around 1,200.  I would say around 800 people or so call Mendham Hills Community Church their home church.  In terms of online attendance, it averages around 200 per week (100 or so live/100 views the rest of the week),” shared Isemann. Services can be viewed at www.mendhamhills.org/watch or on Facebook at www.facebook.com/mendhamhills     For those attending worship in person, there  is a fellowship time in the atrium area/cafe of the church before and after services.

“We value children like crazy,” said Isemann.   The church has a nursery for those from birth – age 2.  For ages above that to fifth grade, there is church school which has a sign-in/sign-out system to keep the kids safe.  The school is held in a glass-walled wing with kid-appealing decorations and activities.  It includes a two-story twisting slide which children can use to exit when done each Sunday.  The idea is to make church a place where kids want to go. There is also Sunday School for Middle School kids and an offering for high schoolers.

Special events of the church include its yearly outdoor baptisms, held at a lake in Long Valley in which the baptisms take place.  It is a big time of celebration for the church.   Another event is the church’s Christmas Eve services, which they start planning in September.   The services always have something special.  Isemann recalls the year several live animals, including a camel, preceded “Mary”, who was riding a donkey down the aisle.

The church has a heart for reaching out.  Its mission project’s name, “Beyond the Walls, relates to going outside the walls of the church, going outside one’s comfort zone to help others.  The program was made a secular non-profit as sometimes people outside of the church are hesitant to get involved in a “church” mission project or donate money to a church project.   Being a non-profit breaks down the walls that keep some people from helping.

Locally, the church helps Market Street Mission, Family Promise of Morris County and First Choice Women’s Resource Center. According to its site, First Choice encourages and equips women and men to make informed pregnancy decisions. Mendham Hills Community Church not only raises and gives money to First Choice, several of its congregants volunteer (including an OBGYN) at their clinics. Another ministry partner, Family Promise, helps people go from homelessness to self-sufficiency.  While doing this, churches provide a place for   homeless families to sleep, moving from one church location to another.  Mendham Hills Community Church partners with Family Promise by providing temporary housing through its Grace House Guests ministry several times each year. Grace House, a house which the church had bought, is normally where the staff offices, etc. are located, but when Family Promise groups are staying there, it is transformed back into a home.  The church also works with Market Street Mission in Morristown, an organization which works with individuals to overcome addiction, poverty and homelessness. Church volunteers work with the men in the program and behind the scenes.

Internationally, the church makes a yearly mission trip to Guatemala City (except during COVID-19, during which they raised and sent $100,000 to help the programs there).  The church now also plans to include another Guatemala town:  Chiquimula.  The idea to work in Guatemala came about over twelve years ago when an article in a newspaper showed Mendham to be one of the richest cities in the United States.  The thought was why not have one of the richest places help one of the poorest places.   The Guatemala City area being helped is a garbage dump where people live and also rummage to find things to sell to try to support themselves.  There, mission teams have built homes, run medical clinics, run camps for children, built hygiene stations, brought food staples to people and prayed with them and more.  This month, mission teams will be going on site once again.

Bonds are built during these mission trips.  Isemann shared his own experience of this. During the first trip, he was giving out food and a little girl said to him, “I love you.”  He was touched and surprised, as the child said it in English.  He decided to sponsor the child. Over the years, he has gotten to know her and her family and it is clear that she feels that he is part of her family.  When the now young woman met a young man and they decided to marry, there was just one thing that man had to do: the man had to ask her American father if he could marry his sponsor child.