By Anya Bochman
For Richard Attonito, the recently retired football coach of West Morris Mendham High School (WMMHS), the desire to coach high school sports began perhaps even earlier than his own experience with sports at Holy Cross High School in Flushing, N.Y.
The native New Yorker contracted polio when he was a small child, and spent almost a year recuperating from a paralysis that affected half of his body.
“[The doctors] told my parents that I was fragile, and shouldn’t
participate in sports,” Attonito said. However, perhaps as a subconscious effort not to succumb to this dire prediction and spurred on by a friendly competition with his twin brother, the former coach defied expectations by playing football, basketball and baseball in high school. It is there, under the tutelage of football coach Guido Maiola that Attonito first felt inspired to go into
coaching.
“I’m lucky that I knew what I wanted to do at such an early age,”
Attonito stated. “[Maiola] really instilled love of sports in me and I knew one of the only avenues to advance [in the field] would be 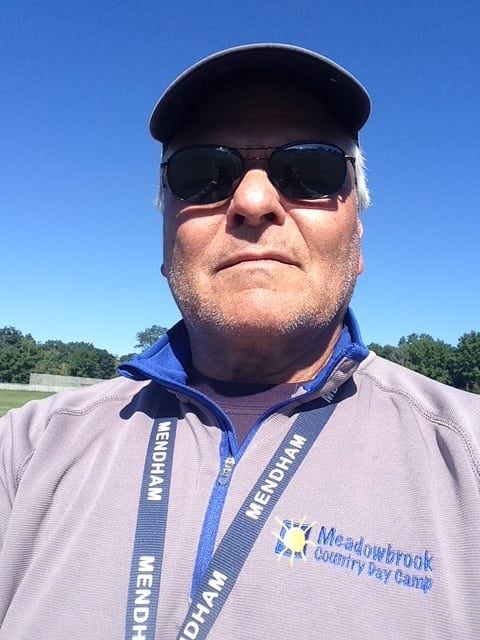 through teaching.”
Following a stellar career playing football and wrestling on the varsity
team at Indiana State University, Attonito found himself facing the
Vietnam War draft. Almost at the same time, he heard of a job opening for an assistant football and wrestling coach at Roselle Park High School. Beginning a career that would span 47 years of coaching, Attonito spent three years in Roselle Park before coming to Mendham in 1971.

Speaking of the memories of his time at WMMHS, Attonito remarked
upon the relationships he formed.
“Getting to know and coach the kids led to a lot of fond memories,”
Attonito stated. “And certainly the guys that coached with me – those
friendships are outstanding.”
Attonito began his tenure at WMHHS as a head wrestling and assistant football coach, eventually launching a golf club and serving as its assistant coach for about 12 years.
Leading the Minutemen, the school’s varsity football team, to their only NJSIAA title in 1975, Attonito retired from football when a head tennis coaching job became available. He served in this capacity for 18 years, and is proud of the distinction of being the only coach in Mendham that was head of four sports.
Explaining his coaching philosophy, Attonito stressed dedication and
preparation.
“I tried to instill in the kids to be ready for every game and that we
should never quit,” Attonito commented. “That’s an important life
lesson – you have to work hard to achieve success, and you have to keep pushing forward.”
Attonito had retired from teaching physical education, drivers&#39; education and health in 2011, but continued coaching football and golf until June 2018; on June 12, he became the only coach in 47 years to coordinate a WMMHS graduation.
Part of the reason for Attonito’s retirement was the continued strain of his commute from his home in Columbia; however, the former coach is not staying idle, as he is now substitute teaching golf at North Warren and serving as Waterfront Director at Meadowbrook Country Day Camp.

“Kids still stop back to say hello,” Attonito said. “No matter where I go, I’ll run into someone who played in Mendham.”