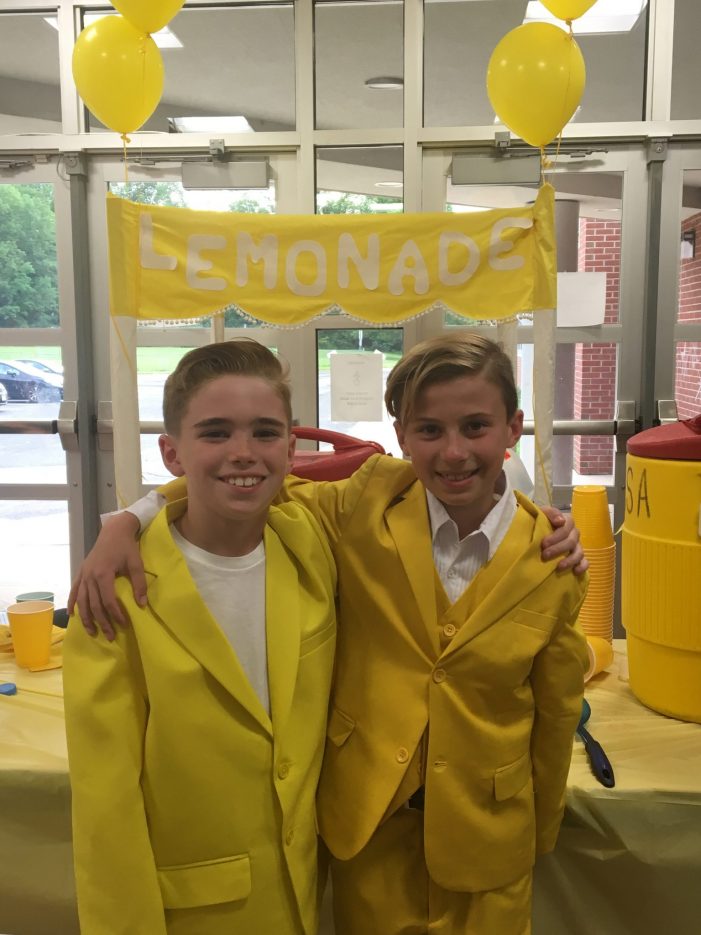 On June 7, Mendham Township Elementary School held its 11th annual Lemon Ball fundraiser. The event was for the second through fourth grade and in total, 176 students attended. According to School Counselor Carolyn Johnson, who organized the program, $3,002 was raised.

“I think they’re happy to give,” Johnson said. “These students are all about it. As soon as our students hit second grade, it’s wow we get to go to the lemon ball this year.

The evening featured food, music and fourth grade peer leaders ran different games for the younger children. While it got a little emotional when they watched a video about Alex, it was really a fun filled event for a good cause, Johnson said.

“Overall it’s a celebration of life,” Johnson commented. “This is not so much of a fun dance and a night out, but it’s for a great cause. The students absolutely love it. Were all kind of forming a team and alliance for such a great cause.”

When Alex, who was diagnosed with childhood cancer just before her first birthday, was four, she told her parents she wanted to set up a front-yard lemonade stand. Her plan: to give the money to doctors to help them find a cure. Her first “Alex’s Lemonade Stand”, held with the help of her older brother Patrick, raised an astonishing $2,000 in one day. While bravely fighting her own cancer, Alex continued to set up lemonade stands every year. As news spread of the remarkable girl so dedicated to helping other sick children, people everywhere were inspired to start their own lemonade stands—donating the proceeds to her cause.

In 2004 when Alex passed away at the age of 8—her stand and inspiration had raised more than $1 million towards finding a cure for the disease that took her life. Alex’s Lemonade Stand Foundation was started by her parents in 2005 to continue the work that Alex began.

Since Alex set up her first lemonade stand in 2000—truly exemplifying the saying “When life hands you lemons, make lemonade”, they have raised more than $150 million. That money has helped to fund nearly 1,000 cutting-edge research projects  at 135 institutions.