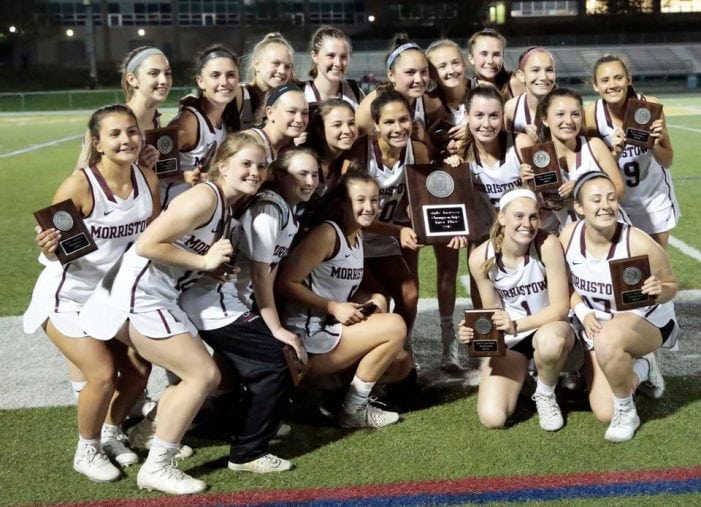 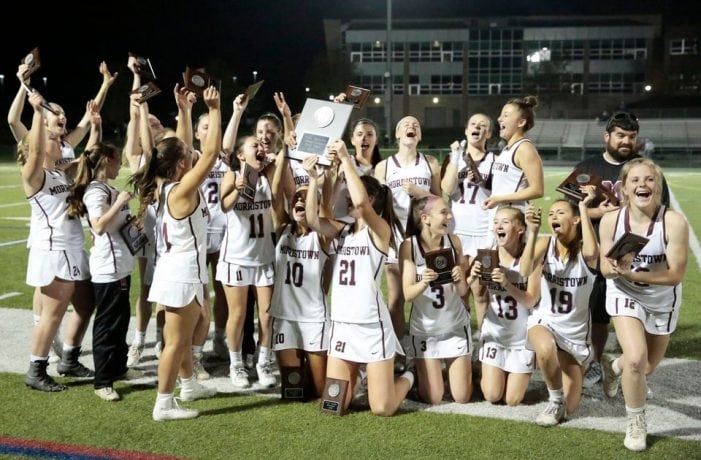 By: J.L. Shively
The Morristown High School Girls Lacrosse team recently made school history when they won the title of Morris County Tournament Champions in May.
Coach Evan Mager, who has coached the girls for the last eight years states of the win, “The girls really competed well.”
Mager, who is also a second grade teacher at Frelinghuysen Middle School, explains that he had always wanted to teach and coach and remarks on the amazing decision he made to coach the girl’s lacrosse, “I’m a lucky coach to have them,” he says of the team.
The MHS Girl’s Lacrosse Team has made it to the tournament before but this was their first time to compete in the championship game. 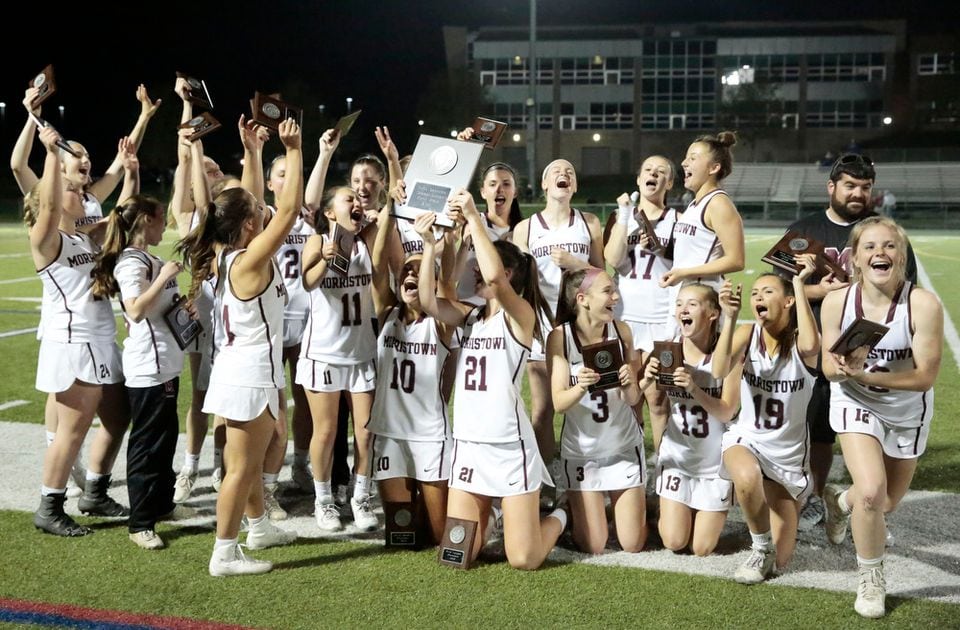 “Our biggest step was getting to the championship game,” states Mager, but once the team was over that hump they performed well.
In the championship game, MHS competed against Mt. Lakes, who is a top ranking team. The score at the conclusion of the game was 10:6.
The game was held on May 5 at Montville High School and the win secured the title from Mt. Lakes who was the previous title winner.
The Morris County Lacrosse Tournament is a competition in which all Morris County teams participate, states Mager.
The journey towards this championship was not an easy one. Mager remarks that the MHS team is a varied one, with girls of all ages participating on the varsity team. Only six of the girls are
seniors set to graduate this spring.
The team is also comparatively small with just 20 girls on the roster and with a younger team, Mager notes it took some time for the less experienced players to grow into their varsity role.
The coach is proud to say that many of the MHS players have been awarded with various prestige such as being nominated to U.S. All-American or being awarded as top players in the county, league, and state.
One of the great experiences Mager notes about the team is their continuous growth throughout the season. “Every game we played in we got better,” states Mager.
With a fairly difficult schedule, the MHS girls worked hard at improving their skills despite the outcome of the game. Mager notes that the team has a very competitive schedule, playing against some of the highest ranked teams in the area as well as a team from upstate NY.
In conclusion Mager comments that he is proud to be part of “a good program with good players and good kids.”