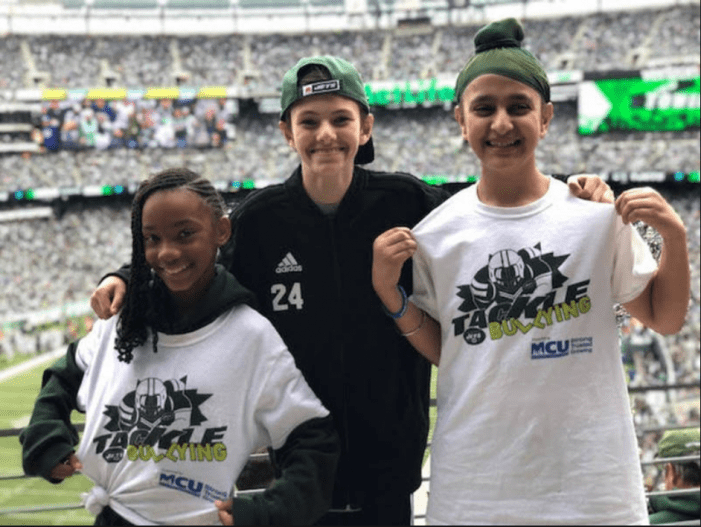 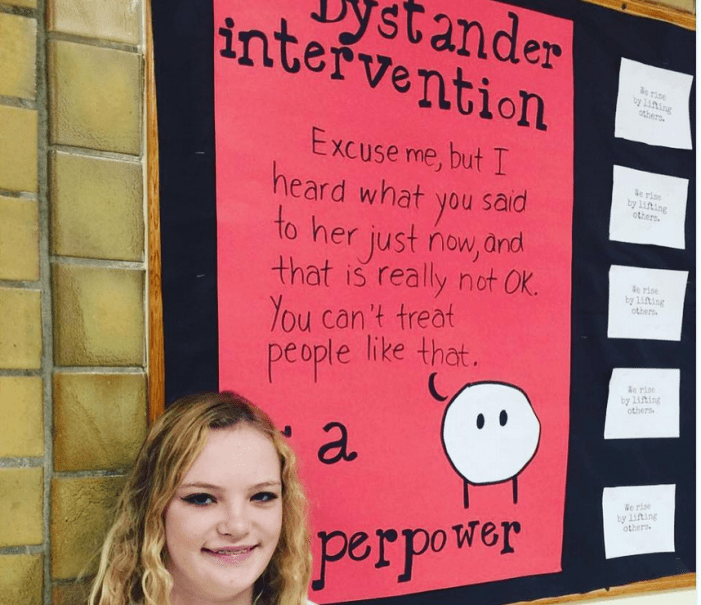 What better way to combat bullies than partner with a major NFL team and encourage kids to stand up for what’s right.

That’s what Millburn Middle School did this past September when it launched the Jets Tackle Bullying program.

The franchise also continued their anti-bullying initiative, “Jets Upstander of the Week” throughout the 2018 season by featuring an outstanding student who has actively helped another child who is being bullied.

Students are encouraged to be upstanders — not bystanders — when they witness bullying, intimidation or prejudice. They can truly improve someone’s life.

“We got connected with the Jets through one of our parents who is involved with this program,” says Principal John 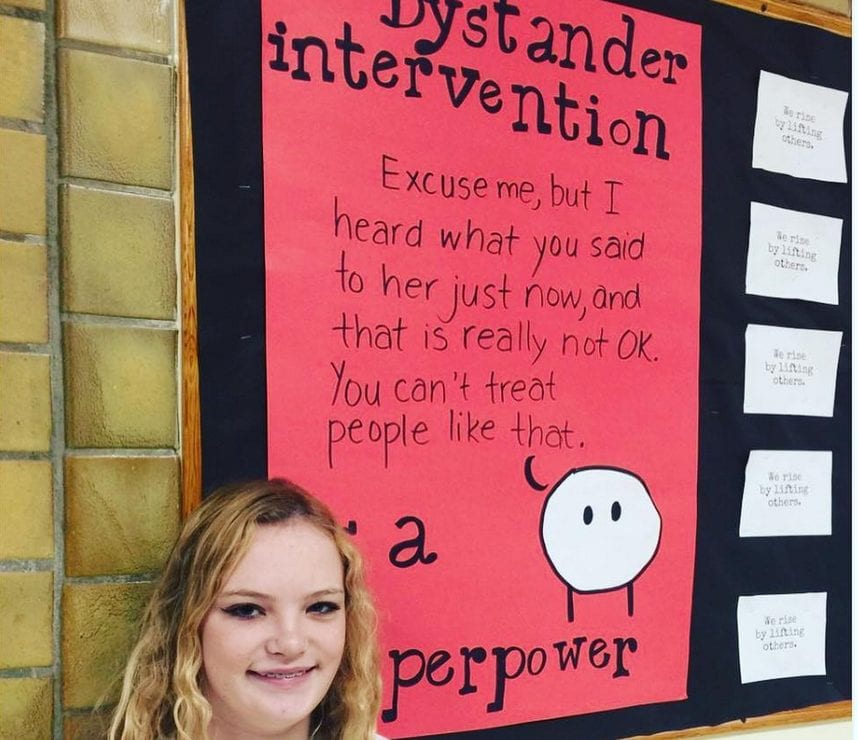 Connolly.  “The Jets afford these students to go to games throughout the year. We package together a weekly winner and those students are honored at the Jet home game.”

According to Connolly, that tied into the school’s character development program and peer leadership program, all things they’re doing to foster a culture that eliminates opportunities for bullying or bullying type behavior.

And on October 1 the Jets teamed up with STOMP Out Bullying — to encourage students to #BlueUp for World Day of Bullying Prevention™.

Bulling is the top discipline problem in middle school and not only threatens students’ physical and emotional safety but can also adversely affect learning.

Just three weeks into the program, Veertegh Minhas was recognized as an ‘upstander.’

“You just have to help them (students) when they’re in need,” Minhas says.

According to the eighth-grader, if one student is being judged by another or spoken to harshly, “I would stick up for him and say it’s not cool to do that.”

At MMS, they’ve learned how to lend a hand, including passive ways of helping that don’t call attention to the bullying.

“You could do a lot of things in that situation and I would do the passive form of upstanding,” Minhas says.

At the end of the day, his advice to other kids is to treat everyone with kindness and respect.

“If they need help with something, if they’re falling behind— help them because everyone deserves an equal chance at everything in life, so you should always try to help and be generous,” he says.

When it comes to recognizing those students who embody ‘upstander’ characteristics, Connolly says they’re caring, compassionate to their peers — have demonstrated acts of kindness, are vocal in standing up for student rights and they’re nominated by their teachers.

The next step is for the school to submit a photo and description of that upstander to the Jets organization.

“Our hope is that this encourages not only the student that won but those students that didn’t maybe get it to strive for something like this,” the principal says.

“They get the acknowledgment of going to the game, wear the title of ‘Upstander of the Week’ and we hope there’s a carryover.”

Julia Sayeau was nominated an ‘upstander’ during the fourth week of the program and the recognition means a lot.

“I just try to be friendly to everyone; that’s a big part of it,” Sayeau says. “And little things on a daily basis like if somebody drops their books in the hallway, picking them up.”

If she sees something, the eighth-grader would definitely stand up for a bullied student and take her concerns to a trusted adult in the school.

“Stick to my beliefs and make sure that the student gets help,” Sayeau says. “It’s taken very seriously and there’s lot of assemblies that warn us about the consequences of bullying; so I think that’s why it doesn’t go on that much.”

With thousands of incidents of bullying reported every day in schools, it’s very important to the principal to be an effective catalyst for bullying prevention and make sure the students have allies.

“Education can only occur when students feel safe and secure and comfortable to open up to learning opportunities,” Connolly says.  “At the core of what we do we need to ensure that there’s the right culture and climate for our students.”