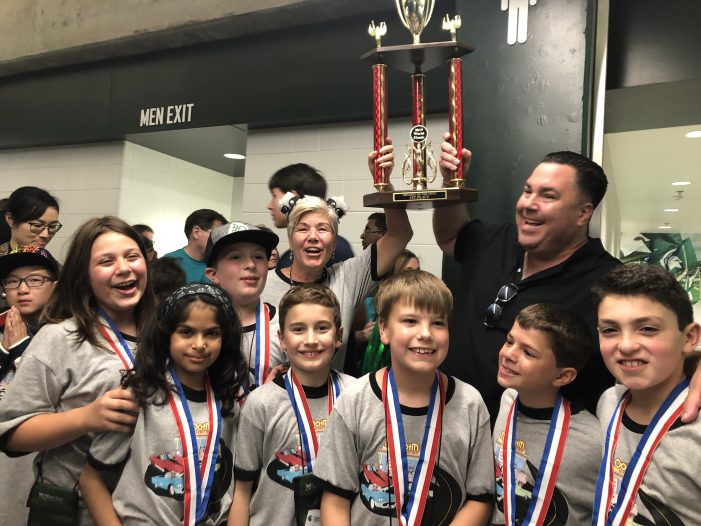 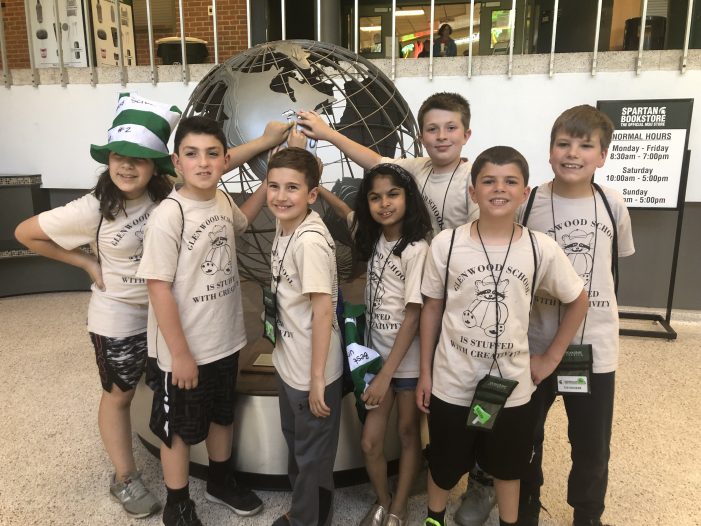 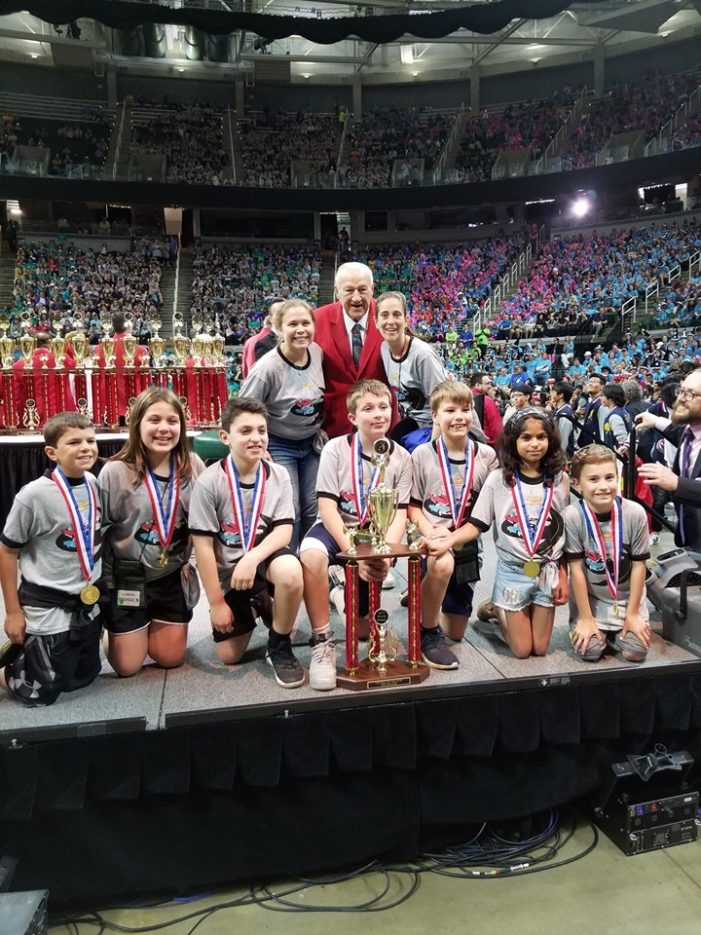 Students in the Millburn School District continue to shine not only in the classroom, but outside of it as well.

A month after the Millburn High School VEX Robotics Team won the World Championship, Glenwood School’s “Hide in Plain Sight” Odyssey of the Mind Team finished first at the World Finals at Michigan State University in East Lansing, Mich. on May 24.

This is the first team from Millburn to win the championship in its 16 years of participating.

“This team of all fourth graders came together in the fall and despite busy schedules met several times a week throughout the entire year,” Cassano said. “They brainstormed for several months and didn’t settle for the first idea or the fiftieth but as the ideas are all kid generated- they shocked even their coaches with the way they thought outside of the box for their solution to the problem.”

More than 900 teams competed, with each team representing the first or second place winner from states across the 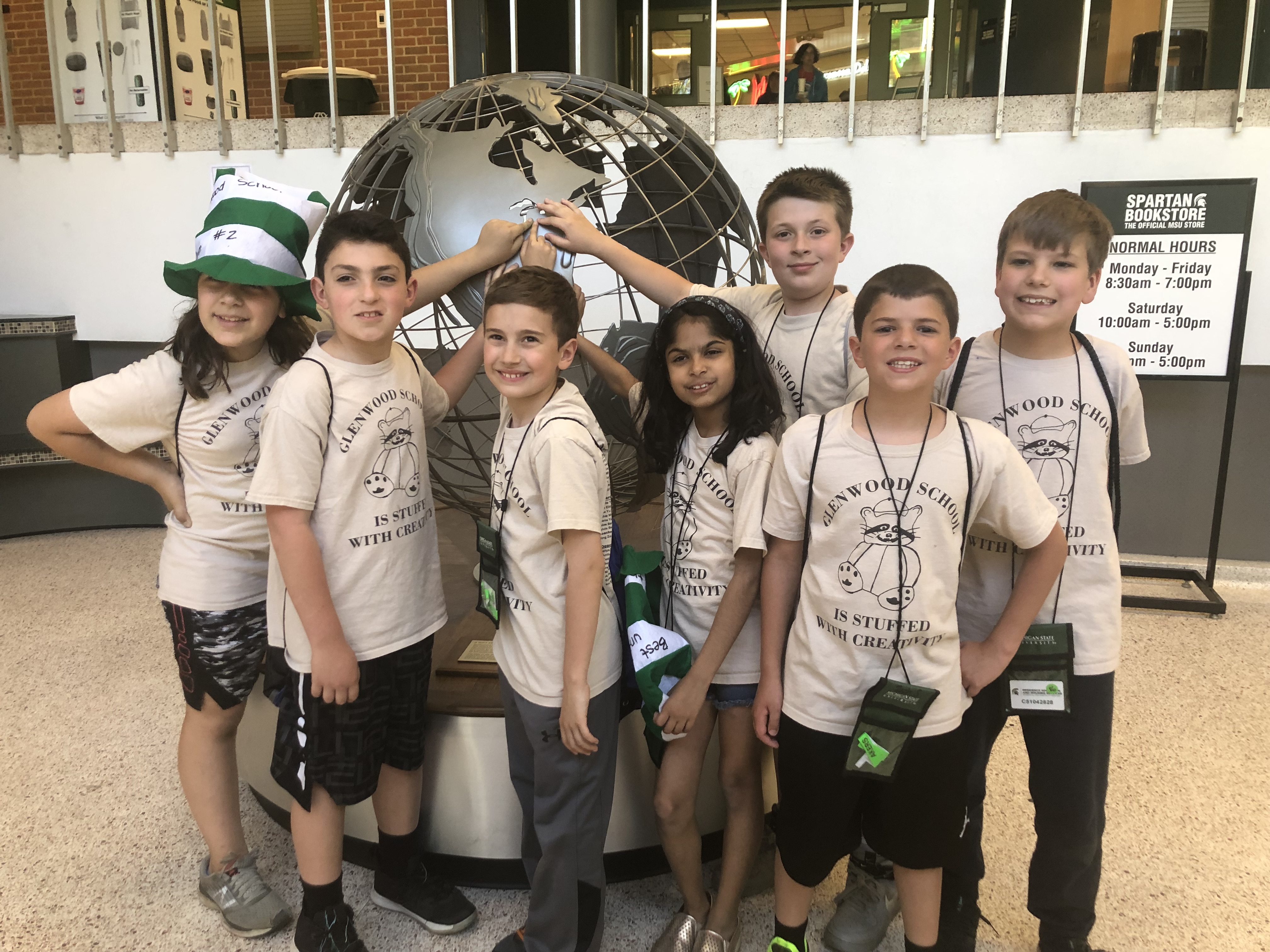 United States and countries around the world. Millburn Schools had six teams at the World Finals.

“Performing with a great amount of effort, impressive creativity, awesome acting and strong teamwork,” said Principal David Jasin. “It is exciting to have a first place team and trophy.”

Cassano, who did Odyssey of the Mind as a child, said this was a different experience. She and the other coaches could not help the kids, but were permitted to ask questions that could guide them to answers.

The kids formed the team in August and began meeting in September twice a week. They were assigned to build an animal that would hide three times and have a big reveal at the end.

Through much trial and tribulations, they eventually formed a dog called Pet Peeve. With only a $145 budget, the youngsters used a bathroom fan, circuits, a bottle filled with sand, a pulley, cardboard and more.

“There were definitely times when people on the team were frustrated,” she said. “They certainly didn’t get to the finish line on day one.”

They created different sets, each of which had the dog lost until the final one. He got lost in the Lorax, with the cat in the hat, at Willy Wonka’s factory and finally at the “Wizard of Oz” he told him he was really a pet called Peeve, not Steve. 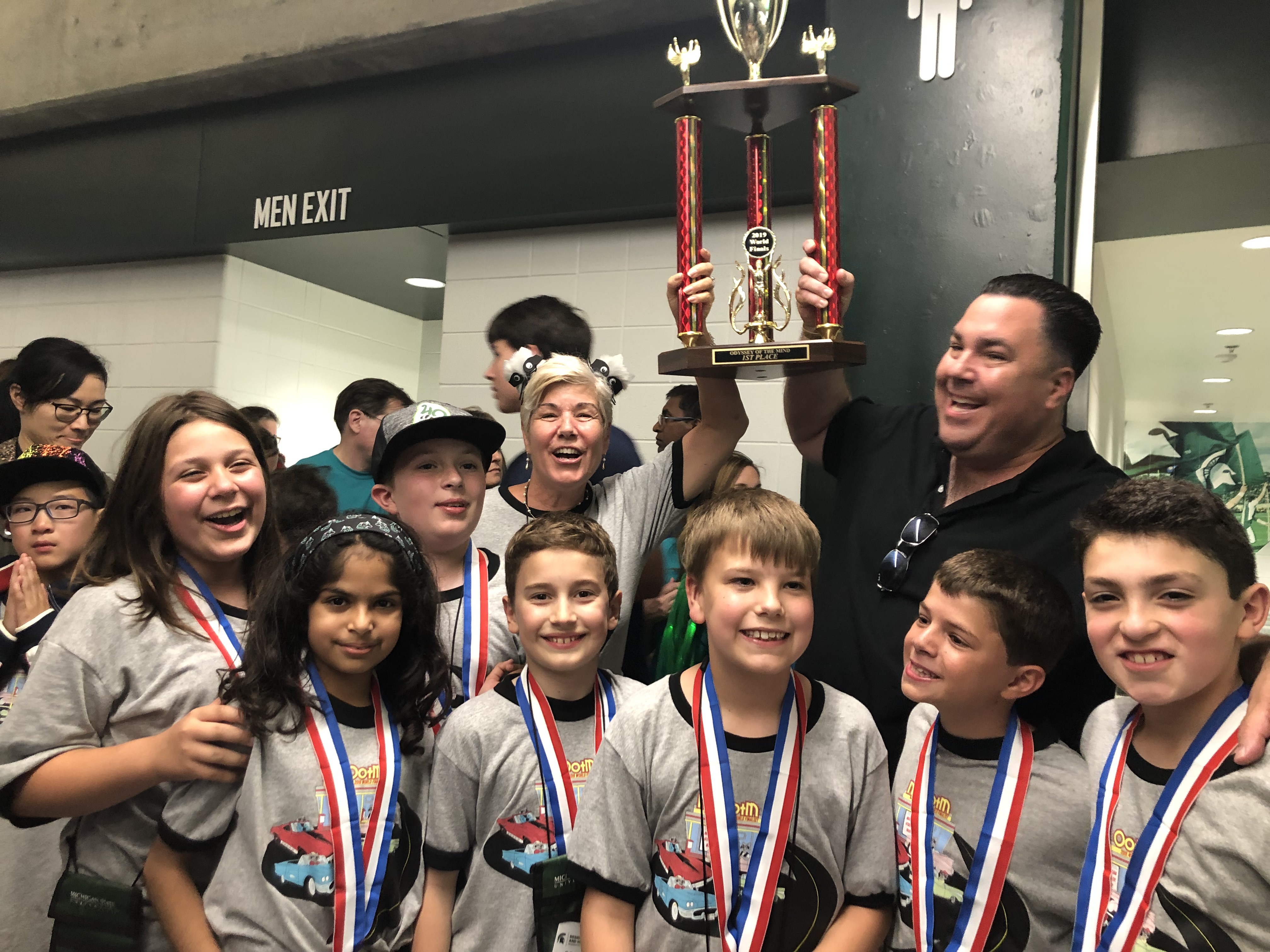 “Each team member contributed, and their strengths balanced each other between building the mechanical creature, clear script writing, set building, costume designing and performing,” Cassano said. “The kids learned how to work through obstacles over the course of the year and truly gelled as a team and had fun while doing it. This is an experience they will never forget, and we are so proud of them for what they accomplished together.”

Ultimately, these children learned how to work together and lean on each other for advice, she said. While they often wanted to go play and be kids, they were able to focus on the task at hand and win.

“Through coaching these kids, I have become a more empowering parent by not simply giving solutions to the team or to my own children, but I learned how to ask more questions to draw out their answers,” Cassano explained. “With their flexible minds, the kids came up with ideas we never could have.”