Model A Club Takes Cars Out on Historical Back Roads 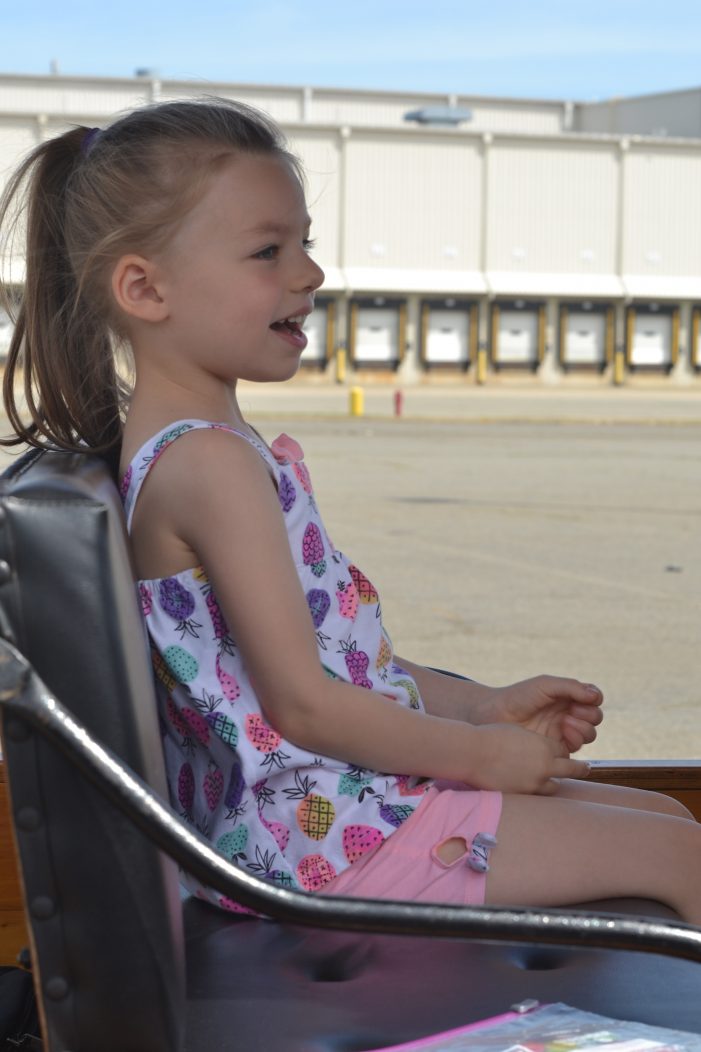 Ava Torsiello of Totowa tries out the back seat of the Woody Wagon. Ava’s grandfather, Gordon Kimball of North Arlington, has a 1929 Model A. 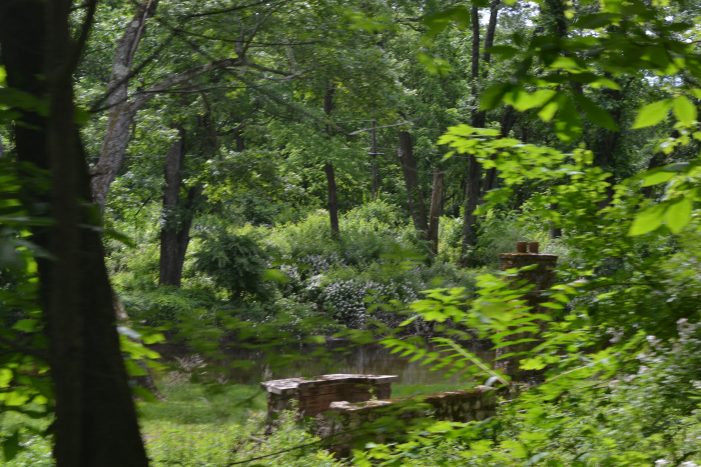 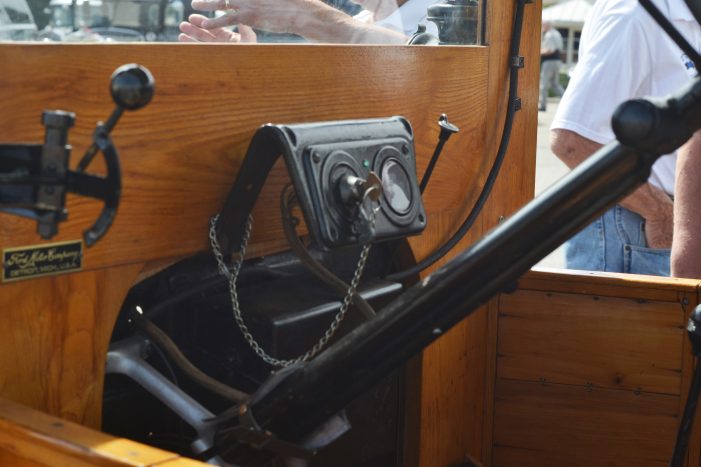 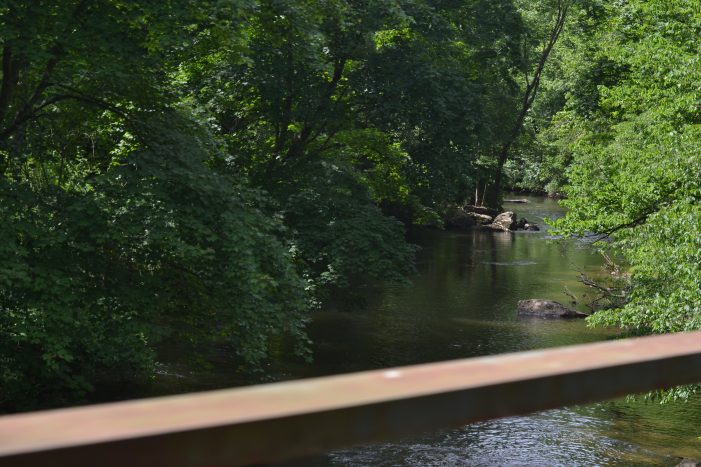 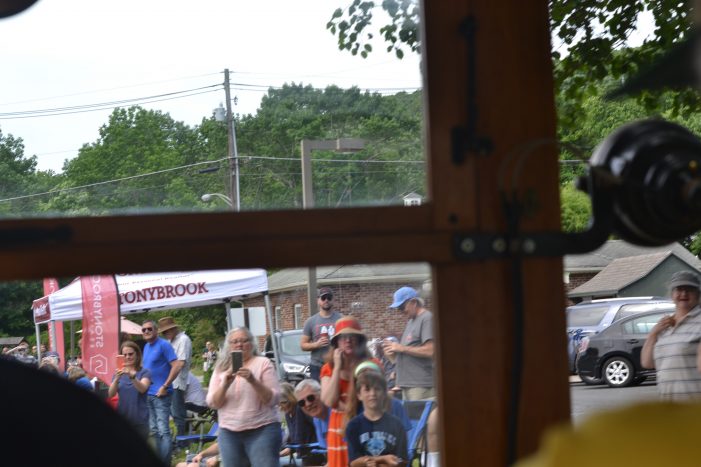 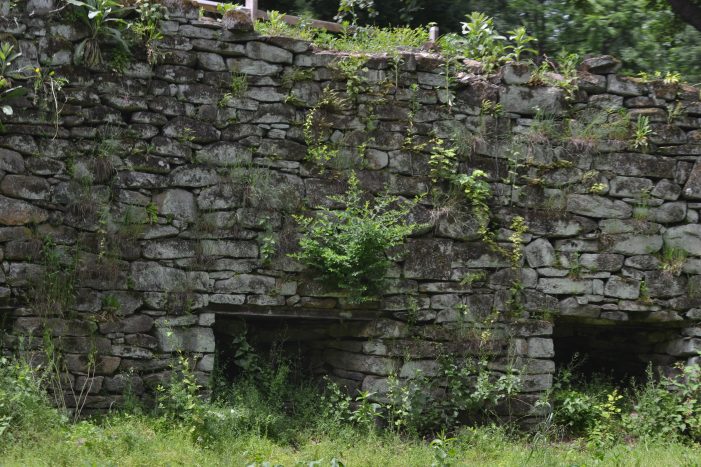 Lime kilns from the trail. 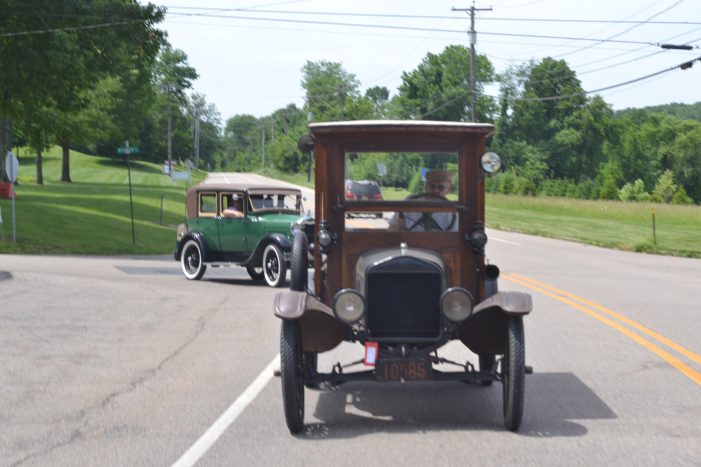 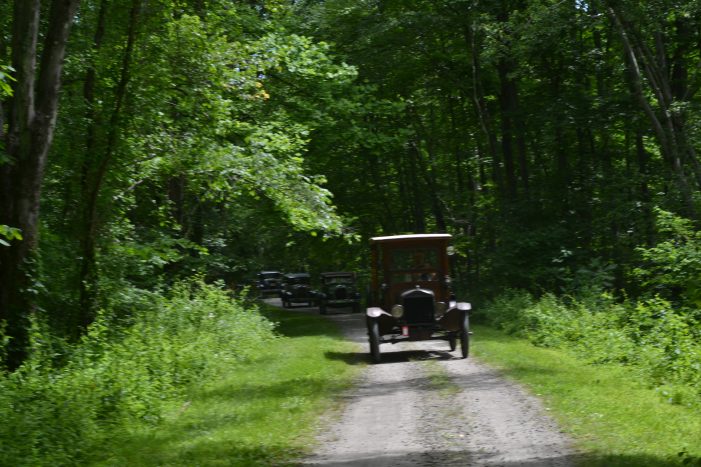 The rest of the field from the lead car. 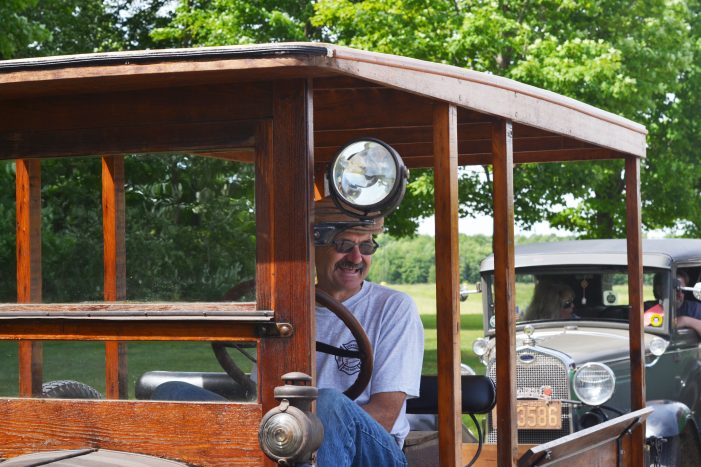 Ed Saniewski in his 1923 Model T at the Long Valley traffic light. 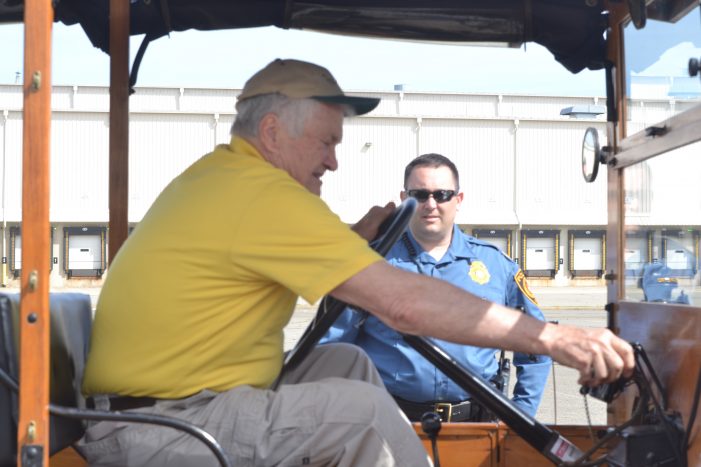 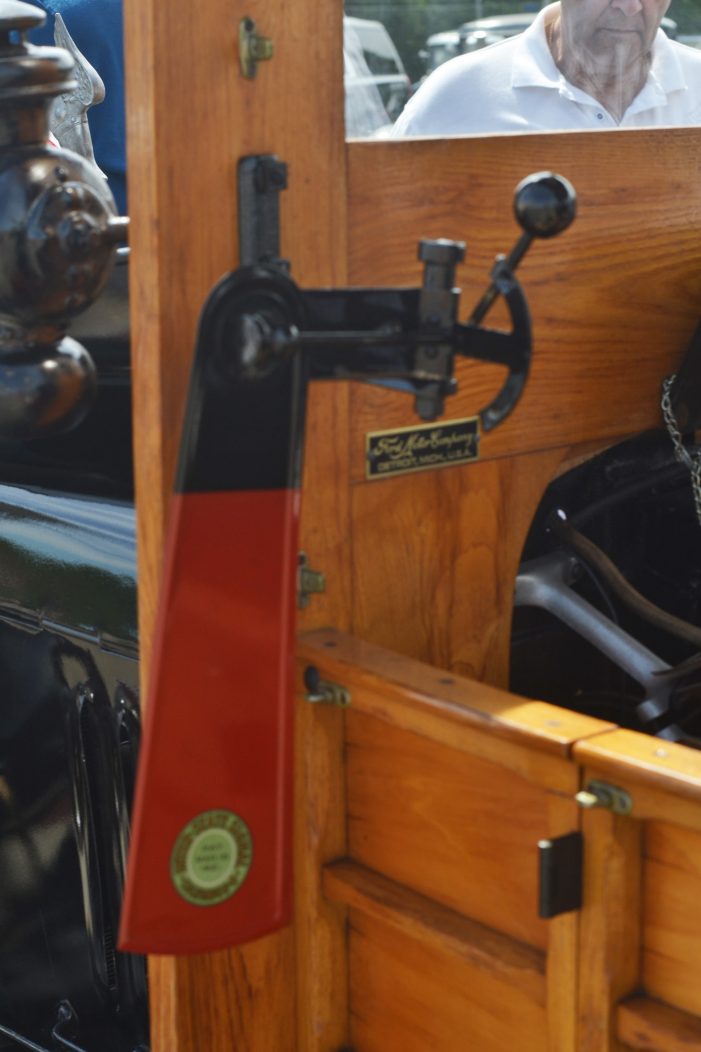 The woody wagon has a turn signal so the driver doesn’t have to use hand signals. 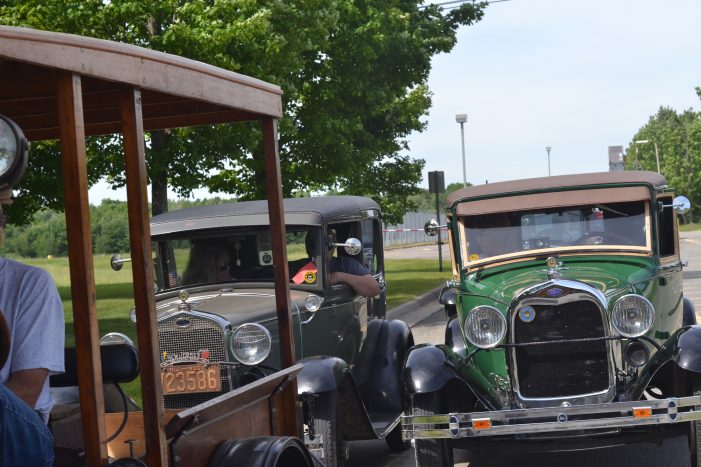 Two of the Model As at the Long Valley light. 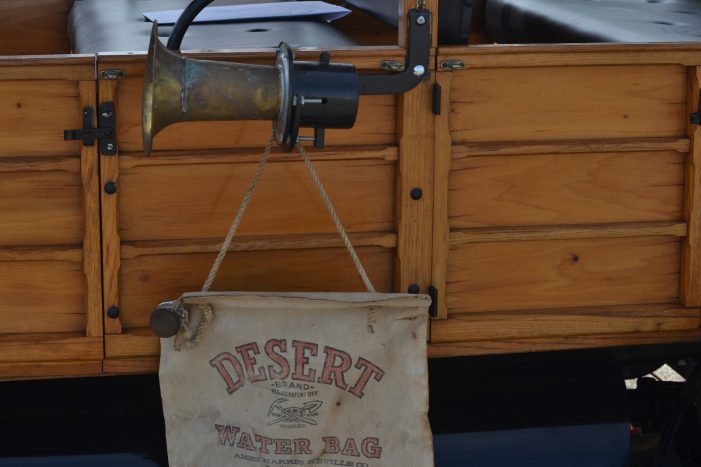 Richard Seabury received the Desert Water bag as a gift to the Woody Wagon.

Members of the Model A Ford Club of New Jersey drive their cars on modern roads all the time, but they rarely get a chance to drive them on the roads the cars were made for.

On Saturday, June 8, courtesy of the Morris County Park Commission they had that chance.

The Commission opened the Columbia Trail from Bartley Road to the Hunterdon County line to a group of Model As, and two Model Ts. The cars staged at the former Toys R Us warehouse and traveled the local roads to the trailhead.

vehicles and cut low-hanging tree branches. The commission theoretically closed the trail to hikers and bikers, but people lined the route to wave to the cars.

“The trail is better than it’s ever been,” park commissioner and club member Richard Seabury said. “We had 140,000 people on the trail last year, but this is the first time we had Model As and Ts. His Model T station wagon (also called a woody wagon) was the lead car.

comes from the vehicles hoteliers would send to the railroad station to pick up guests. Seabury called his wagon a “depot hack.”

The Model T traversed the trail with three passengers, but no luggage, although Seabury keeps tools in the back. His son, Brad, drove.

“The rail trail is unique,” the elder Seabury said. “It replicates what driving was like back then.” He said Susan Yeager of the Model T Club of America said there are not many rail trails that can accommodate cars because of the bridges. The bridges on the Columbia Trail are sturdy enough for the cars, although Brad Seabury was a little concerned about the width of one of them. The wagon made it with inches to spare.

The surface of the trail was fairly smooth, with new gravel laid in several places. Most of the stream crossings are bridges, but there is one small steep curve where a bridge

would be impractical. The trail from Bartley to Middle Valley at the Hunterdon border is eight miles, Seabury said.

Seabury was enthusiastic about the future of antique car excursions on the trail. He said he would like to arrange one in the fall to take advantage of the foliage and anticipates at least an annual trail drive.

“These are good for the Chamber of Commerce,” he said. “Everybody has got to have lunch.” He said the Chamber would be able to publicize the events.

A number of the cars turned into the restaurant complex in Long Valley on the way back. The cars took Route 513 back so the trail wouldn’t be closed to pedestrians for too long.

Seabury said people driving the trail would probably provide business to the Coffee Potter which is right where the trail crosses Schooley’s Mountain Road. He said he contacted Harvey Ort to tell him he might be getting more business at his farm stand.

He has some other ideas for future trail events. Hayrides behind farm tractors, or

horses or mules, could be used as

West Morris Central High School could be a staging area for future events, Seabury said. He said the June 8 event coincided with SATs at the high school.