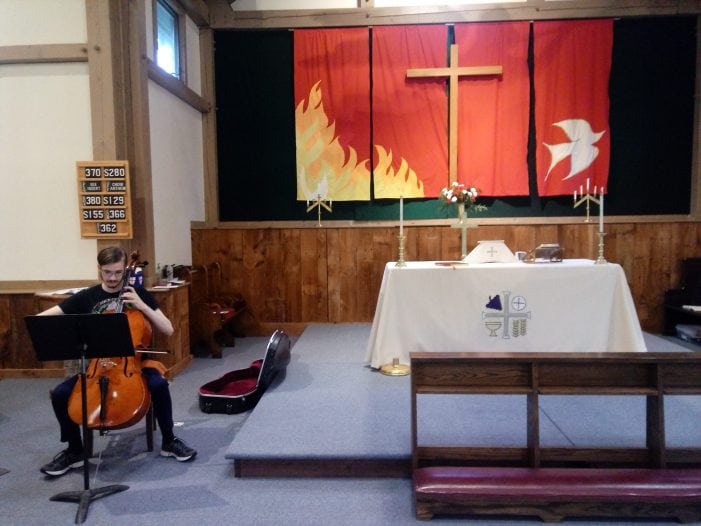 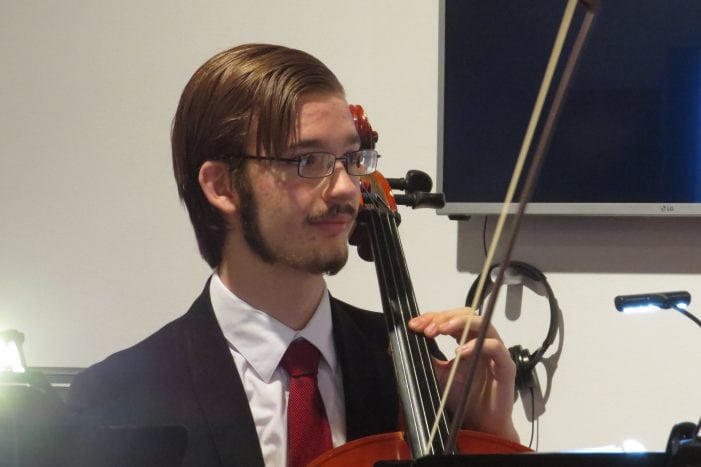 By Jane Primerano
When Harmonium Choral Society presented its spring concert “Let the River Run,” it included works by two high school seniors.
As part of its community outreach, Harmonium sponsors a high school
composition contest and performs the top two winners in the spring.
One of those compositions was written by Mt. Olive High School senior Carl Hausman, who has entered the contest each year in high school. 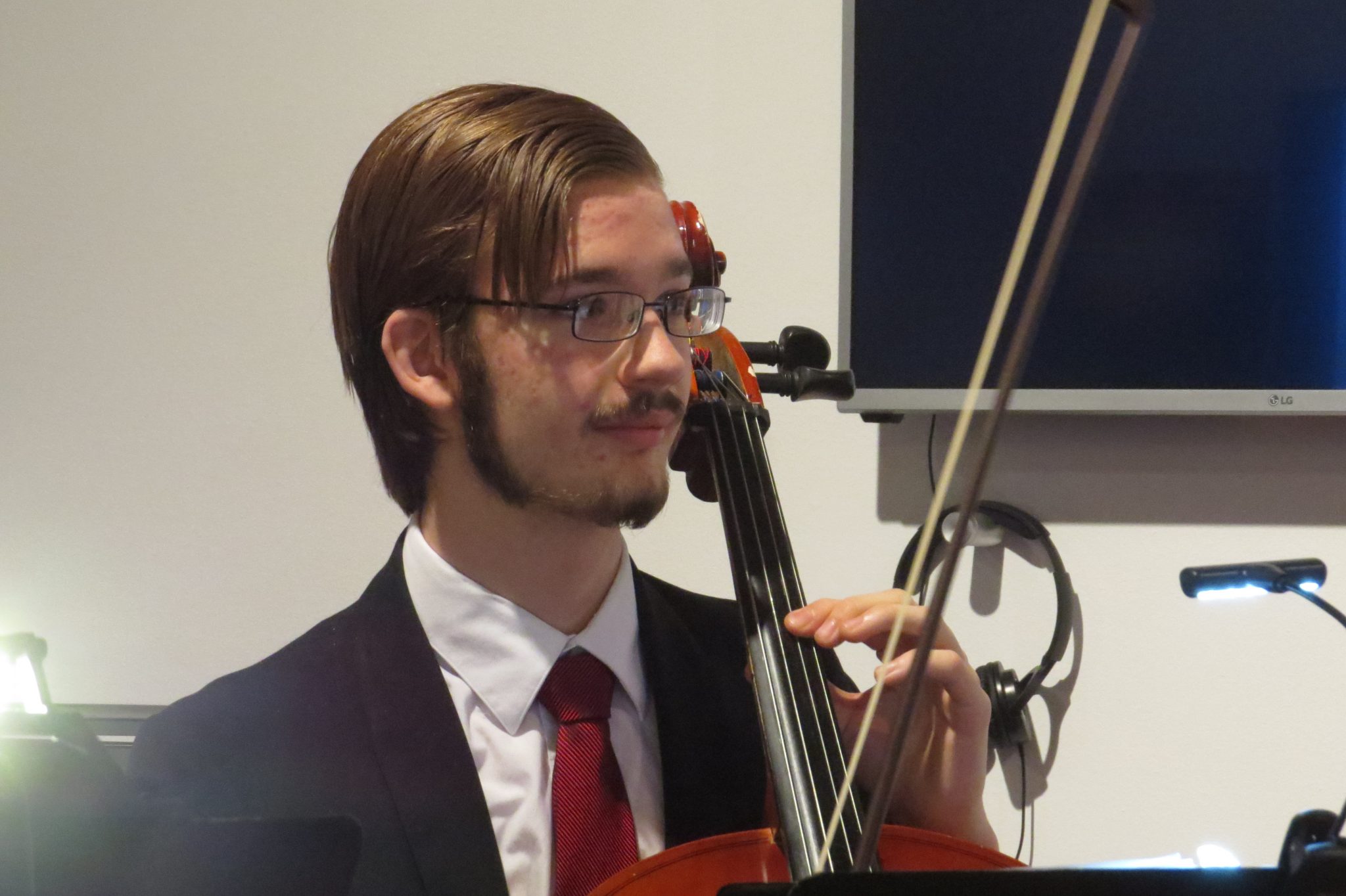 “I first heard of the contest through my mom; mom knows people,” Hausman commented.
He explained the way the contest works.
“The first step is they give you a selection of texts to set to music and you pick one. One was “Autumn River Song” by Li T’ai-po and it just clicked,” Hausman said. He called the composition “Moonlight.”
“I tried to create an image similar to what the poem was about,” he said. In a comment for the concert’s program notes, he wrote: “When I was writing “Moonlight,” I tried to use the music to create a virtual soundscape of what the poem was portraying. The rich drawn-out chords in the voices emphasize the full beauty of the autumn moonlight, while the running notes on the piano mimic the flowing of a river.”
Some of the lines from the poem were reprinted in the program notes:
“The moon shimmers in green water.
White herons fly through the moonlight.
And the young man hears a girl gathering waster-chestnuts:
Into the night, singing, they paddle home together.”
“Moonlight” was the runner-up to a composition by another high school senior, Reshma Kopparapu, also performed by Harmonium.
Anne Matlack, director of the choral group said the two students have been “going neck and neck for four years” in the composition. Hausman took second place last year and third place in both 2016 and 2017, according to Matlack.
Both compositions had a water theme in line with the overall theme of the
concert.
Hausman said he only plays a little piano, enough for the composition, but his instrument is the cello.
He started the cello in third grade at Mountain View School in Flanders. He started his private lessons in cello with Peter Moffitt of Jersey City in seventh grade which is also when he started composition. He now studies cello with Ilizabeth Cabrera of Whippany. He is a member of a cello ensemble through the Mason Gross School of the Arts at Rutgers. At Mt. Olive, he plays in the orchestra under Victor Darrell Hendricks. He was in the pit orchestra of the musical “Big Fish.” He also sings.
He also occasionally plays at his church, Church of the Messiah in Chester. His mother, Sharon Sheridan Hausman, recently completed Drew Theological Seminary, sponsored by the church. Carl says he volunteers at church, “mom doesn’t have to drag me too hard.”
As if music and studies didn’t take up enough time, Hausman was also on the robotics team at Mt. Olive and is in several honor societies, science, English and math as well as National Honor Society. He was involved with the math and science league as well.
In the fall, Hausman will attend Oberlin College in Ohio.
“It’s a real liberal arts college,” he said, noting there is no established core
curriculum, just types of courses students can chose from. He likes that flexibility.
He will major in math and music with an eye toward teaching. And he will
continue to play cello and compose.