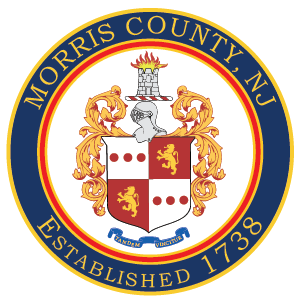 Morris County Clerk Ann F. Grossi, Esq. advises that “Newly elected officials, including those selected to fill a vacancy in an elective public office for the remainder of a term, are now required to file personal data on a newly established database, no later than 21 days after the individual has been certified as elected to an elective office in this State.” C.19:3-4.1

According to the Statute, officers who issue the Statement of Determination of Elected Office are responsible for transmitting the form prepared by the Secretary of State to the individual elected officials. Clerk Grossi explained that “As the County Clerk, my office is responsible for issuing certificates to all elected officials from the County level down through the municipal level.  I am happy to say that the form has been transmitted to newly elected Morris County and Municipal Officials, and responses are already being received.”

The database is established in the Division of Elections (“Division”) in the Department of State and contains “the contact information for every elected official in this State, including gender identity or expression and race of the elected official.”  However, the Statute carves out an exception for individuals elected to a position in a special district, on a board of education, or on a board of fire commissioners.

The Division shall use the information collected to establish separate databases of information on elected individuals, with at least one database sorted by gender identity or expression, and at least one sorted by race. The data will be located on the Division’s website at https://appengine.egov.com/apps/nj/App/publicofficials. The statute may be viewed at https://www.njleg.state.nj.us/2018/Bills/PL19/377_.HTM The form may be viewed at https://appengine.egov.com/apps/nj/App/publicofficialsentry