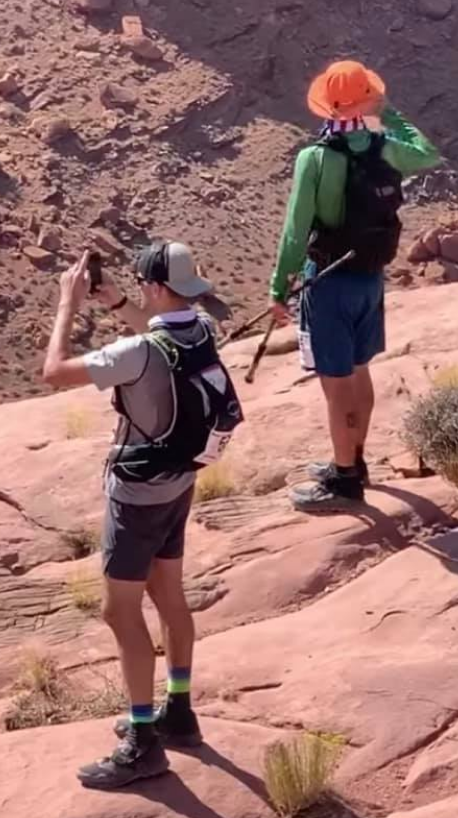 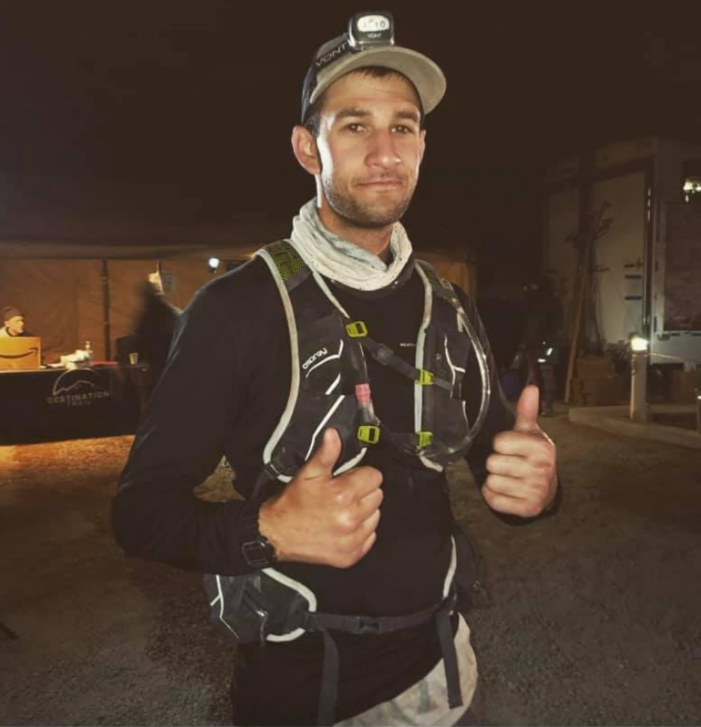 COVID and all the 2020 craziness may have temporarily sidelined Morris County Park Police Officer Steven Harvey’s marathon plans back in January  — but it was only a matter of time before he found something truly awesome — for his run to remember a good friend lost to suicide.

The officer headed west to Utah to take part in the grueling Moab Endurance Run, a 240.3 mile footrace through some of Utah’s most stunning and challenging terrain: desert, canyons, slick rock, two mountain ranges surrounded by Canyonlands and Arches National Parks.

The course caters to ultra-runners, with only 150 registrants allowed and the cutoff is at 112 hours.

So how does one prepare for such a physically challenging undertaking? Run more than 12 miles back and forth to work each day, of course.  And expect a lot of high fives from your department.

That from someone who had never previously taken part in running’s most sought-after race (marathon) or been in such treacherous conditions when Harvey set his sights on Moab.

But Morris County Park Police officers are responsible for patrolling all Morris County Park Commission lands and properties which consist of approximately 40 facilities and 150 miles of trails totaling over 20,000 acres; the largest county park system in New Jersey.

So one does need to be in good physical condition.

Grief was also a good motivator.

He committed the feat to honor that friend.

“Although this experience was a personal endeavor exploring my physical and mental limitations, I dedicated my effort to the memory of my friend: Matthew Barton. He took his own life on April 22, 2015,” Harvey says.

“No challenge is too great for a motivated mind. Set goals. Dream bigger. Accomplish them through hard work and a relentless pursuit.”

It hit a personal note for some.

Harvey also wanted to bring awareness to the ongoing pain and suffering plaguing so many during this unprecedented and chaotic time.

Long stretches of lockdown can lead to social isolation and loneliness. Those increased rates of depression, anxiety and suicide threaten the very fabric of everyday life.

According to the Centers for Disease Control and Prevention, suicide is the tenth leading cause of death overall in the United States, claiming the lives of more than 48,000 people. On average, one person dies by suicide every 11 minutes.  And in their lifetime, about 50 percent of people in the US know someone who has died by suicide.

But there is no need to struggle alone. If you or anyone you know is in suicidal crisis or emotional distress, there are people who can help. Call the National Suicide Prevention Lifeline (1-800-273-8255) anytime, day or night.

Harvey not only finished the 240 mile run, but placed in the top 25 out of 200 plus competitors, even as an “Endurance Run” first timer, inspiring the greater Morristown community, who definitely took notice of the deeper meaning.

“Awesome accomplishment and honorable cause,” says Richard Yobs, Jr., of Denville. “Congratulations on your notable finish.”