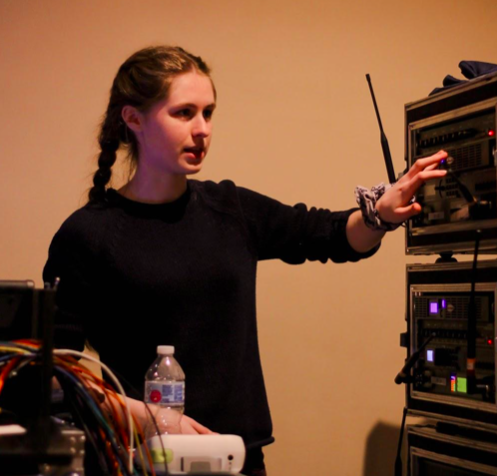 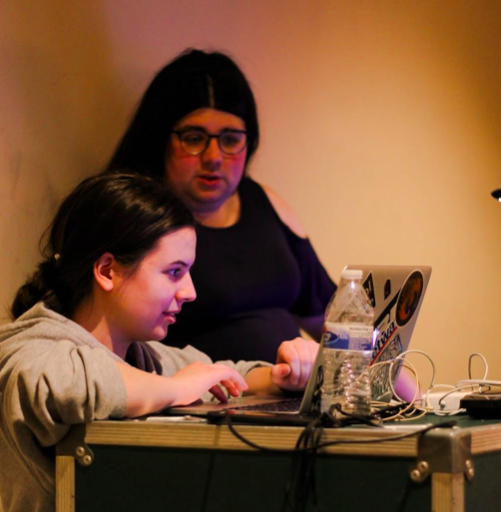 A grant through the Morristown Educational Foundation (MEF) helped give Morristown High School’s spring production of “The Addams Family” an extra special touch this year.

With the $3,000 award, the school’s sound department was given the chance to work with a professional sound designer, as a way to prepare them for potential careers in the field.

During the production’s four shows in March, viewers were treated to expertly-crafted sound quality thanks to the efforts of the student sound crew and professional sound designer/engineer Kimberly O’Loughlin.

O’Loughlin, who has been involved with productions including “Godspell,” “In The Heights,” and “Ragtime,” as well as at several musical festivals, worked with the students for 50 hours on skills such as mixing, recording and problem solving.

Morristown Educational Foundation awarded the grant after receiving an application from Theatre Parent Association board member Jennifer Frantz, who wanted to help give the sound crew the ability to emulate “a professional theatre experience.”

In a recap of the show, Morristown High School sophomore Nicholas Voltaggio wrote that the students’ work  “allowed for the incorporation of spooky sound effects while highlighting outstanding vocalists.”

Voltaggio also added: “An imperative component of any production, a performance’s sound quality often serves as a defining characteristic in providing a feel of professional towards which Morristown High School consistently strives.”

Shea, who was the production’s lead sound mixer, said the experience was exciting and the students were grateful for it.

“Working with professionals in the sound industry has really helped me get a gist of the field that I’m probably going to pursue as a career,” Shea said.

Since 1992, the Morristown Educational Foundation has given more than $3.5 million to schools in the Morris School District.

The non-profit has also underwritten grants, funded district-wide initiatives and awarded college scholarships, as well as helped form partnerships with community groups, businesses and institutions to provide additional educational experiences for the 5,200 students in the district.

Trudy Doyle, a past president of the NJEF, retired county superintendent and judge of this year’s applications, applauded the work of the Morris Educational Foundation “and the impact it has had on the students of the Morris School District.”

“In this time of diminishing resources for public education, it is gratifying to read about the work of education foundations throughout New Jersey.”

Their work, she said, reflects “the passion of community members to provide their students with exceptional educational opportunities and experiences, despite the limitations of public funding.”

To learn more about the Morris Educational Foundation or to donate, visit www.morrisedfoundation.org.