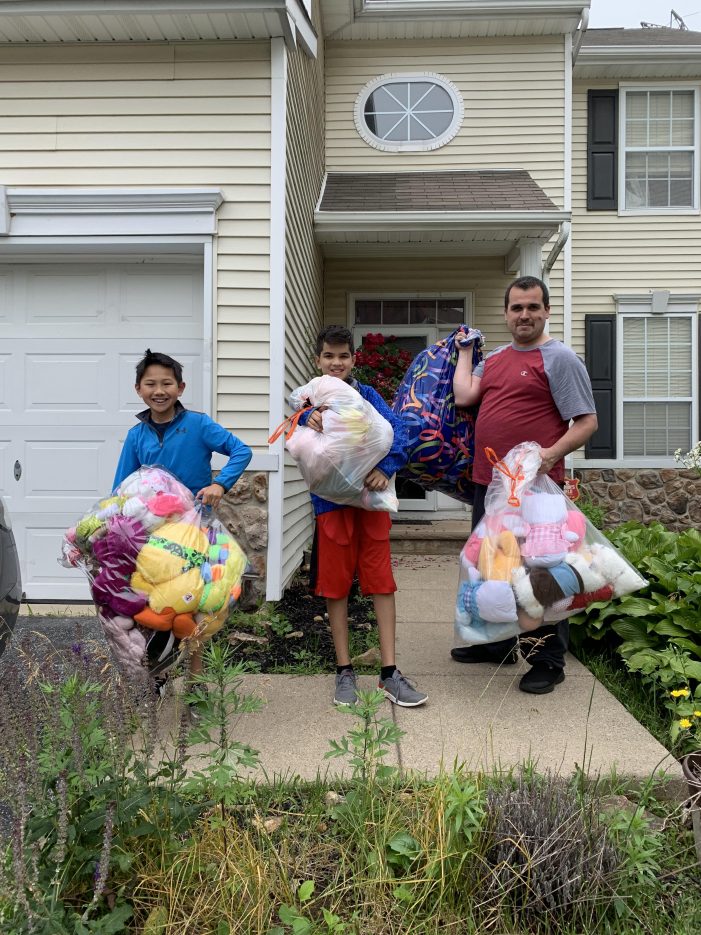 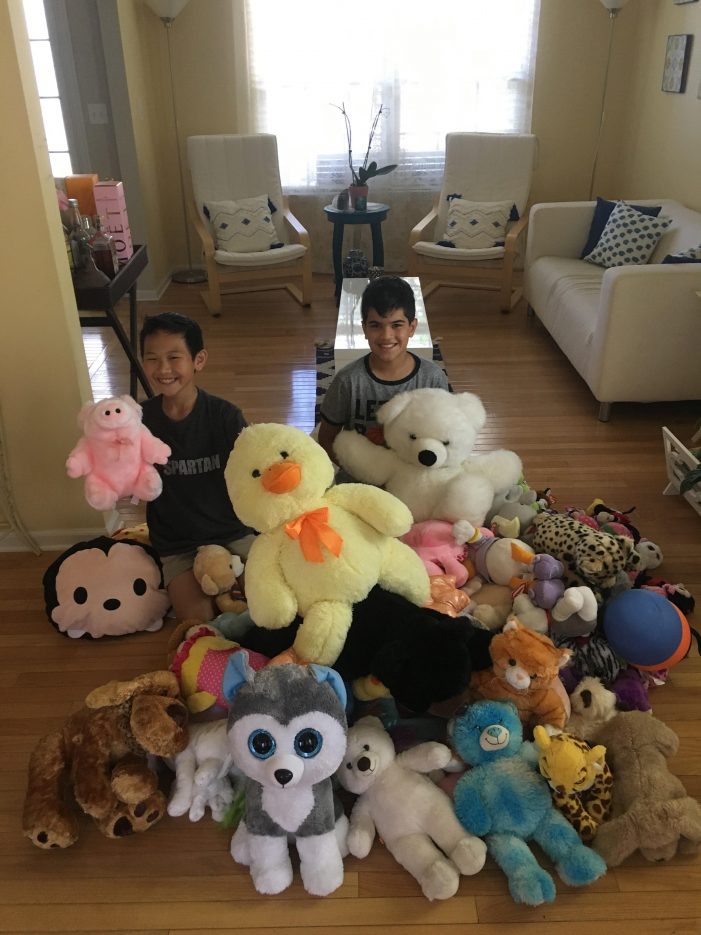 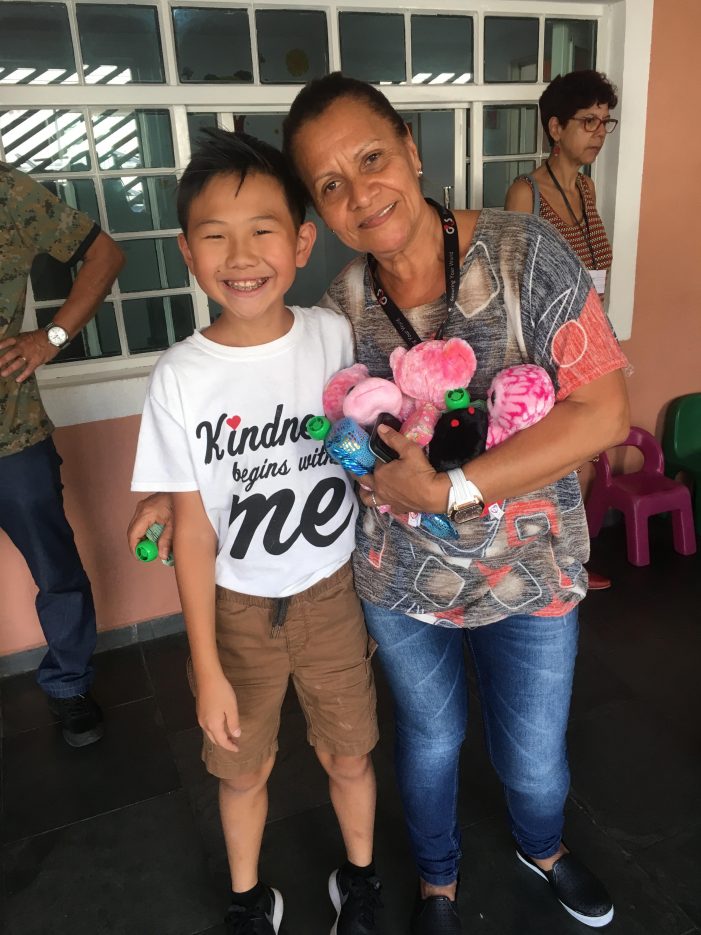 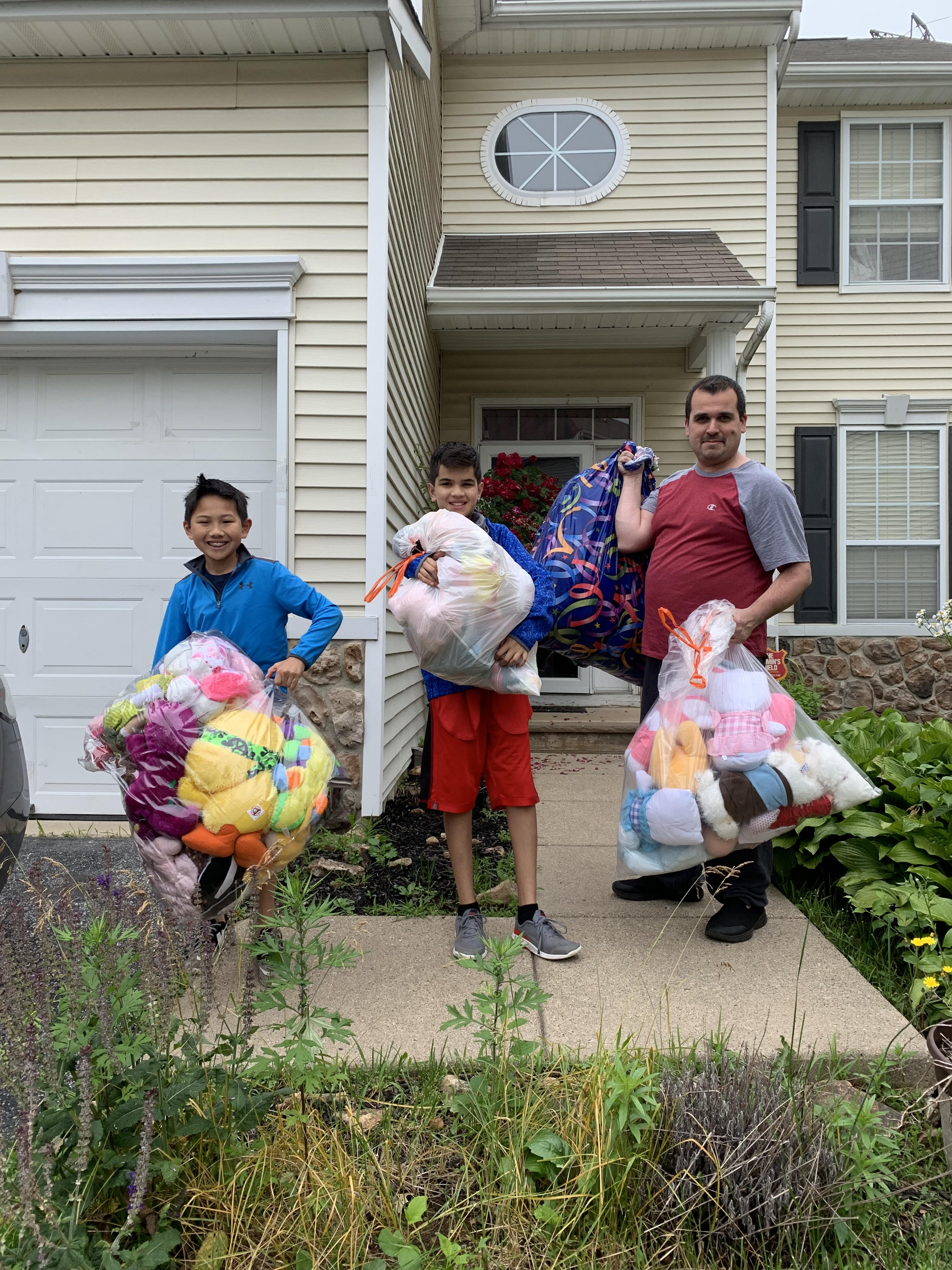 After his family booked their summer vacation trip to Brazil last April, Honda and his classmate began brainstorming something that they could do for Brazilian foster care children, eventually deciding within their community to collect gently used stuffed animals for Honda to distribute when he arrived in the country.

“We (Honda and Mujtaba) thought about how many kids aren’t fortunate enough to have parents who can afford this type of vacation, so we wanted to think of something to compensate for it sort of, and we thought of stuffed animals because they are portable and they (the recipient children) can snuggle up with them.”

During their 2019 spring break, the duo began designing flyers to distribute to local homes, doing Google searches for possible places to donate in Brazil, and creating thank you gifts — origami magnets that can hold papers on a refrigerator — for each family that donated to the cause. After school ended, both stuffed flyers into mailboxes, and then came phone calls and text messages from prospective donors. Once the stuffed animals were received, Honda and Mujtaba sorted by size and condition and washed every single one.

“Meanwhile,” says Honda via initial email, “we thought that only the stuffed animals wouldn’t be enough, so we decided to fold little origami boxes to put American candies inside and give it with the stuffed animals. Since Zain was not able to be with us for the trip, we had a cutout head of him in certain photos so that he could ‘be’ with us.” Per Honda, the endeavor helped “over 70 kids” with about 100 stuffed animals collected. “Not only were they extremely portable and easy to bring to Brazil, but they also provided a beacon of hope that could be a friend to the kids when they felt lonely. They have been through so much that we needed to give them something to hug on to.” 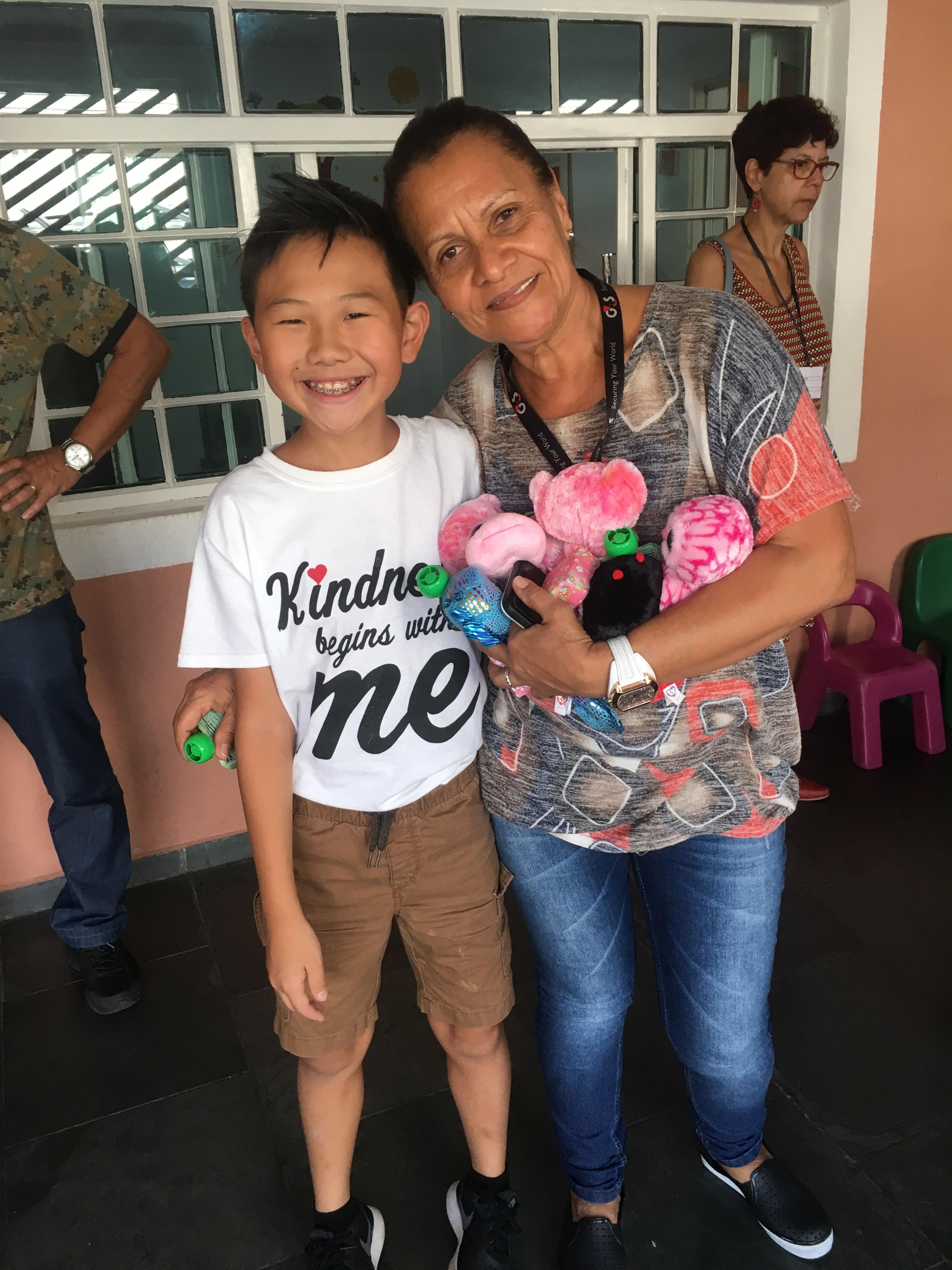 The Hondas arrived in Brazil on August 9. On the second day there, Thomaz and his mom, Mayumi, and uncle, Daniel, visited the first (Casa 1) foster home, and that same day visited Casa 2, both under the name ONG Amamos. In the first home, Honda played cards and had conversations mostly pertaining to the United States and its language, the kids being curious since they had never been to the USA. “They normally don’t hear a lot of English in Brazil, so they always want to hear English because most people want to go to America because it’s very wealthy, powerful, and also has a very low crime rate.” In the second home, all watched a theatrical piece about Christianity, afterwards enjoying a short snack. Finally, on August 17, Honda went to the third foster home, Casa Debelem, and played games such as catch and soccer.

“I always felt close to Brazil because though my family originated in Japan, my mom and dad were born and raised in Brazil,” says Honda, who recognizes that his uncle, mom, great aunt, Norma Honda, and Zain’s mom, Narjis Mujtaba, all helped and supported them many ways since the beginning. “They helped with finding the locations and were the guiding hand behind this project. And of course, we want to say thank you to the Mount Olive community because without their generous donations, none of this could be possible.”

“It was a very memorable experience, and it was a great feeling to be able to help a bunch of children.”