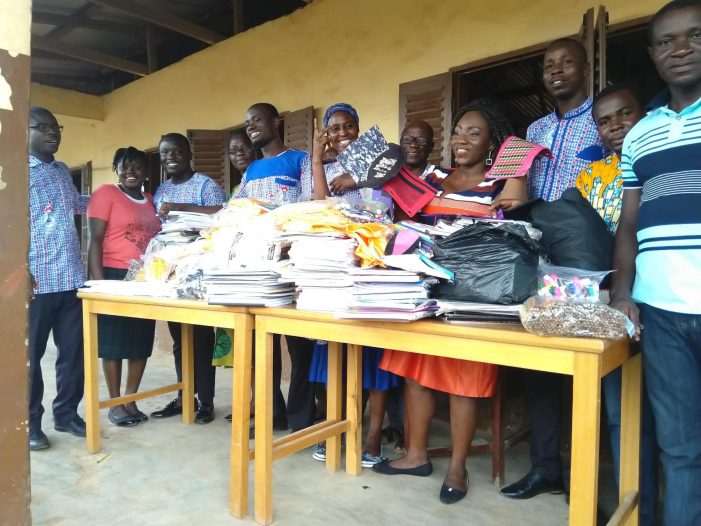 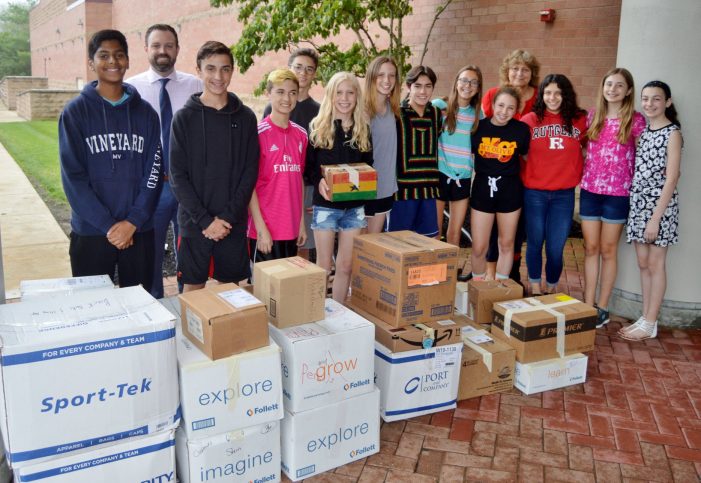 Every spring, Middle School students in Mount Olive and Hackettstown townships collect school supplies and fill large barrels with the supplies to ship to Ghana in West Africa.

This year’s supplies were sent out in four barrels on June 29 and arrived in Ghana in late August. 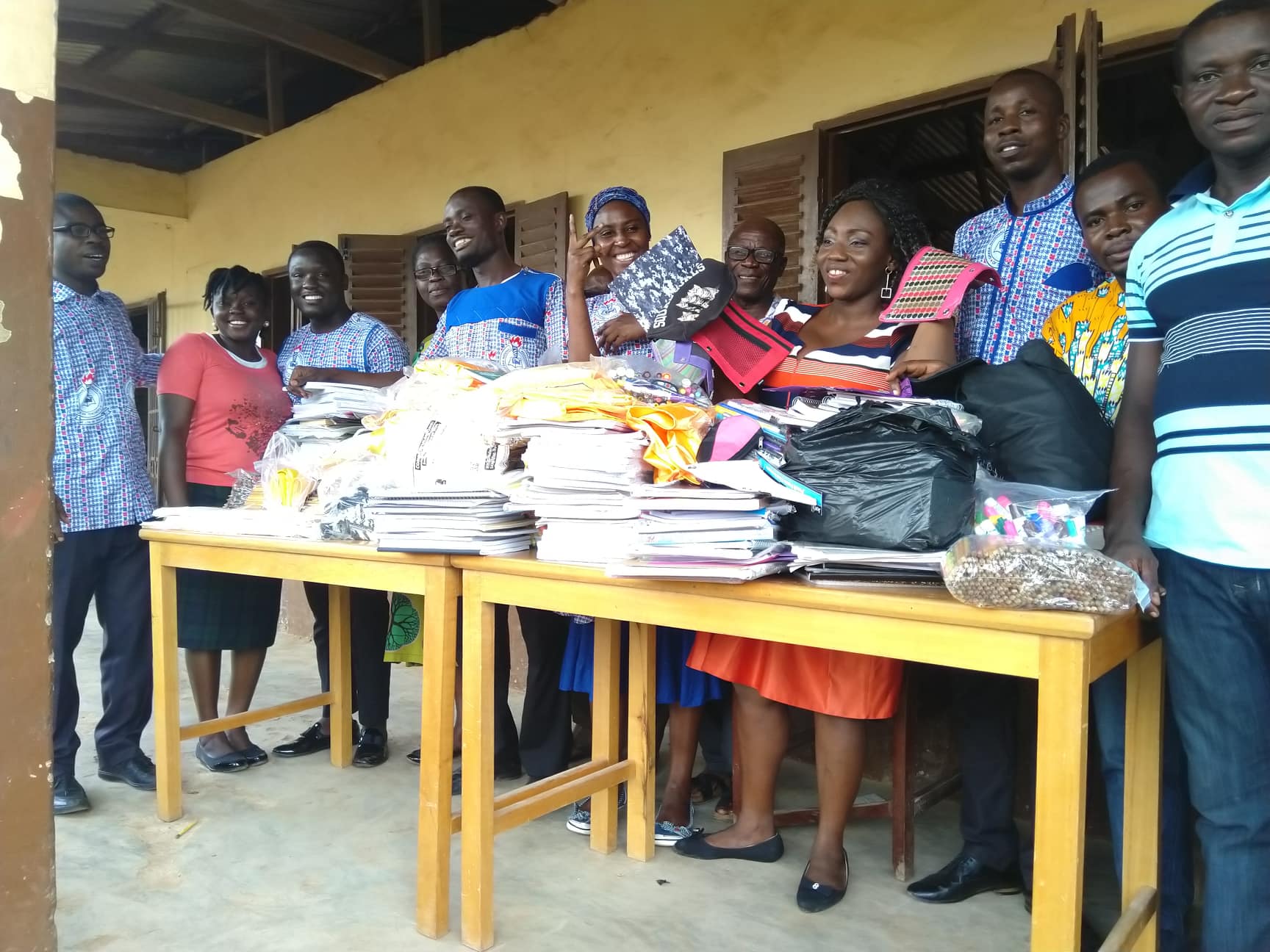 For Chris Linne, currently a part-time faculty member at the College of Saint Elizabeth in Madison, the program was begun in 2008. “I made my first trip to Ghana as a college professor,” he recalls. “I was supervising a study-abroad trip with seven students. During that time, I became friends with our tour guide (Mr. Eric Ofori-Ansah), who was also a teacher/headmaster for the Ghana Education Service. It was through this friendship that I began to organize the collection of needed supplies for his school in this developing West African nation.”

In 2012, the teachers and 8th grade students from the Mount Olive Middle School “Gifted and Talented” program began collecting school supplies towards the end of the school year and, in June, would provide Linne with the supplies for shipment. A few years later, Hackettstown Middle School also got involved.

“When you’re on the ground, you can see what the need is better than what people can describe to you,” says Linne. “What we found out is that the supplies they are able to attain are inferior compared to what is available here at Walmart and Target.” Among the supplies collected for students and teachers are spiral notebooks, pencils, math sets (protractors, compasses, rulers), and chalk.

Ann Greszczak is the teacher in Mount Olive. “The Ghana pencil project started approximately 10 years ago. My daughter had been collecting and sending pencils to India; then I connected with Chris and joined up with his project.” Greszczak spoke with Gifted and Talented teacher, Becky Hull-Clark, who was working on a service unit with her 8th graders. “She and I combined forces and the 8th grade G/T students took it from there.  At first it started as an end of year project—when students cleaned out their locker, they donated the “extra” usable materials. It soon became a whole school experience.”

The  last two years, Greszczak’s students have collected approximately 17-20 boxes (one and a half barrels) of school supplies per year. “This is an all school effort which usually begins in May and continues until Chris picks up in June.  Several of the 8th grade Social Studies teachers are now involved, and while studying Africa challenge the students to contribute.”

Deanna Craig’s class in Hackettstown has been collecting and contributing for three years. “I collect year-round.  My reputation precedes me as a collector for many situations. I do quite a bit at school and church, so people bring, and I sort for the need.  They bring me clothes which I then separate for the children in Ghana, the students and families at school and others from church. Towards the end of the year, when we have locker clean outs, I am right there with crates and boxes collecting as many usable school supplies as I can.  In addition, people collect for Ghana throughout the year: the custodians and the lunch ladies have a bag ready to collect pencils and pens which they pass on to me for Chris.”

Craig says, “Just knowing that the items are so appreciated is enough, but when we see the smiles and hear from the kids via pen pal letters, it really makes it so much more real and powerful for all of us, teachers and students.”

Linne adds, “People in the developing world look to us as a source of inspiration and help. They help us understand their culture better, and we help them understand our culture better.” He also refers to the pen pal endeavor, an initiative between the two New Jersey middle schools and the public junior high school in Ghana (Independence Municipal Assembly Junior High School ‘A’ in the village of Brahabebome in Obuasi, a city in the Ashanti Region). “The pen-pal letter exchange allows MOMS and HMS students to learn about West African culture and to allow Ghanaian students to learn about American culture,” says Linne.

If you have items you think might be donation-worthy, you can email Linne at chris.linne@gmail.com.