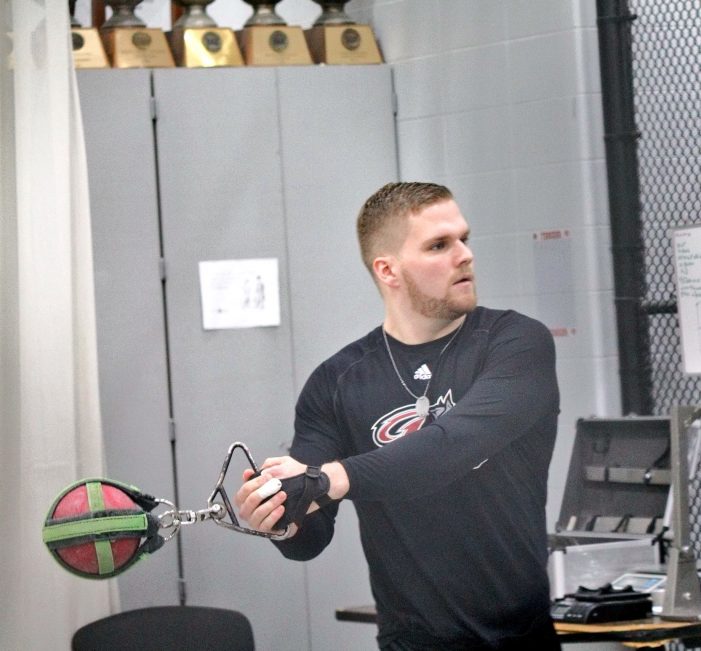 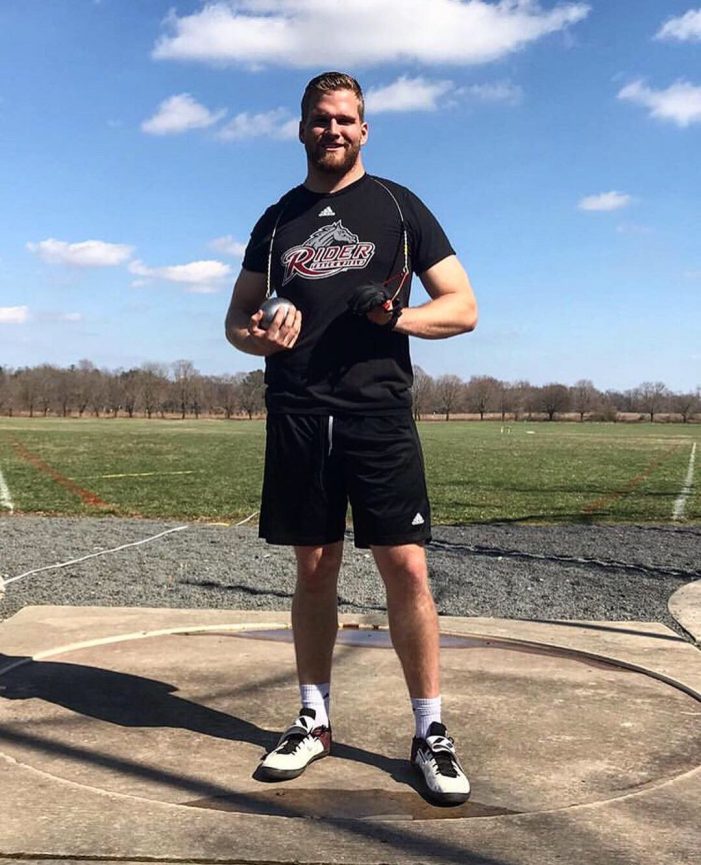 Matt Kraemer’s story is one of improvement, adversity, overcoming adversity by not giving up, and success.

Kraemer, a Mount Olive High School graduate, rewrote the Rider University Track & Field hammer throw record, but his career there was much more than just this accomplishment.

Following a dissatisfying freshman year at East Stroudsburg University in Pennsylvania, Kraemer transferred to Randolph’s County College of Morris for a year.

Anthony SanFilippo, Assistant Coach of Men’s and Women’s Track and Field at Rider University in Lawrenceville, New Jersey, is a former high school coach who knew Kraemer well and always remembered his work ethic, positive attitude, and leadership ability while at Mount Olive High School (where he threw shotput, discus, and javelin). When he learned of Kraemer’s desire to transfer from CCM, Sanfilippo immediately sought contact. “He came to Rider the following year with three years of eligibility left,” says SanFilippo. “His impact on our team was immediate. After the first year, he became our team captain, our top hammer and weight thrower, and an All-East performer in the hammer throw.”

Kraemer’s junior year started out well, appearing to be a continuation of his sophomore season, but he was soon plagued by a herniated disk injury. “That rendered me pretty much useless,” says Kraemer. “It was right at the end of the indoor season and right into the outdoor season, and obviously anyone who does track will tell you outdoor is much better than indoor. You look forward to outdoor; they see indoor as training for outdoor. So, getting hurt like that was just terrible.”

Kraemer approached SanFilippo as to how he could help the team while nursing his injuries. SanFilippo’s advice carried much weight. “He struggled,” adds SanFilippo, “to regain form but never quit on his team and always looked for ways to help everyone else.”

As Kraemer’s senior season was on the threshold, he sought to rehab from injuries, while at the same time mentoring other throwers. “As his back got better, his throws got longer…much longer,” says SanFilippo, who aided Kraemer by sitting with him many hours, studying his form via film and iPad, “breaking everything down, step-by-step,” per Kraemer, to better the senior’s scores and ability. “We built a really good relationship over the years,” attests Kraemer, “to be able to communicate like that.”

In 2019, the 6’4” 230 lb. Kraemer would win his first conference title in the weight throw that indoor season, from the “seat” of the 4th seed, posting a 17.59m at the Metro Atlantic Athletic Conference Indoor Championship. In the spring, he would go on to break the Rider University hammer throw record three times, earning a medal at the 125th Penn Relays with a career-high hammer throw of 56.99m, and garnering a silver medal in the same event at the conference championships at the Metro Atlantic Outdoor Track & Field Championships.

Per SanFilippo, Kraemer “graduated as an irreplaceable part of our team and culture.”

Men’s and Women’s Track and Field Head Coach Bob Hamer states, “Matt was a very accomplished athlete for us as a result of his strong commitment and dedication to his craft. I would see him in the weight room almost daily in the summer and he was always working closely with his event coach to make sure that he was doing everything that he could to be the best version of himself. It was also very admirable to see how he was such a great mentor and inspiration to the younger athletes on the team. He led by example but also took the time to reach out and assist them in any way that he could.”

“The guys at Rider will send me videos of their hammer or weight throws,” the 23-year-old Kraemer says, “and I’ll send a message to a thrower and say, ‘Just so you know, I’m going to rip your technique apart, but it’s all in love. I have to be honest. If I don’t tell you the hard truth about improving your technique, you’re not going to get better.”

“He really wanted to be great,” says Hamer, “but he also wanted this program to be great. He will always be remembered very fondly.”