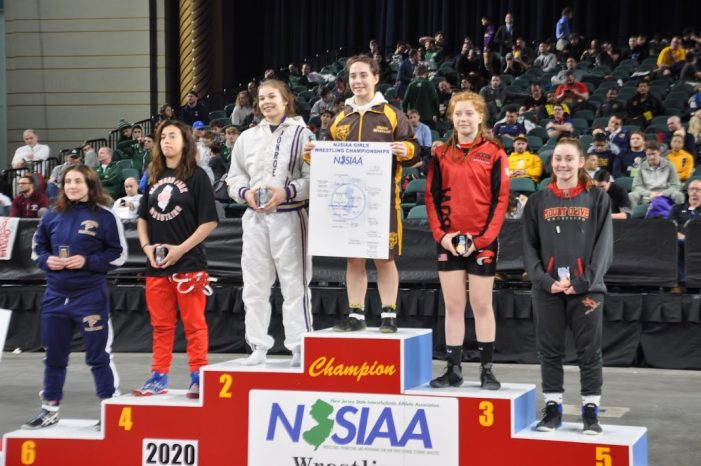 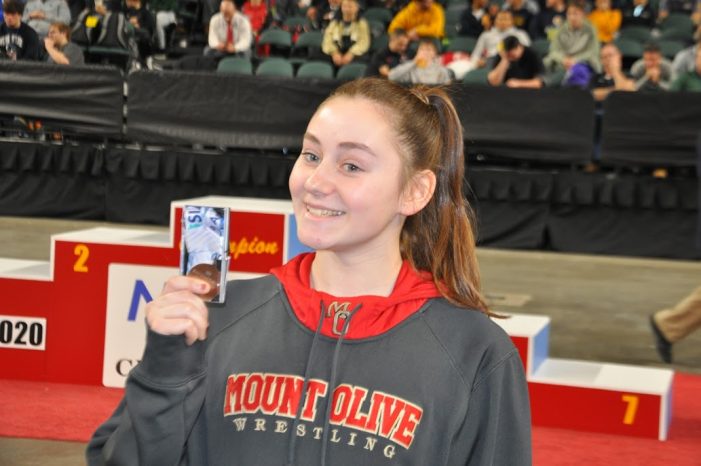 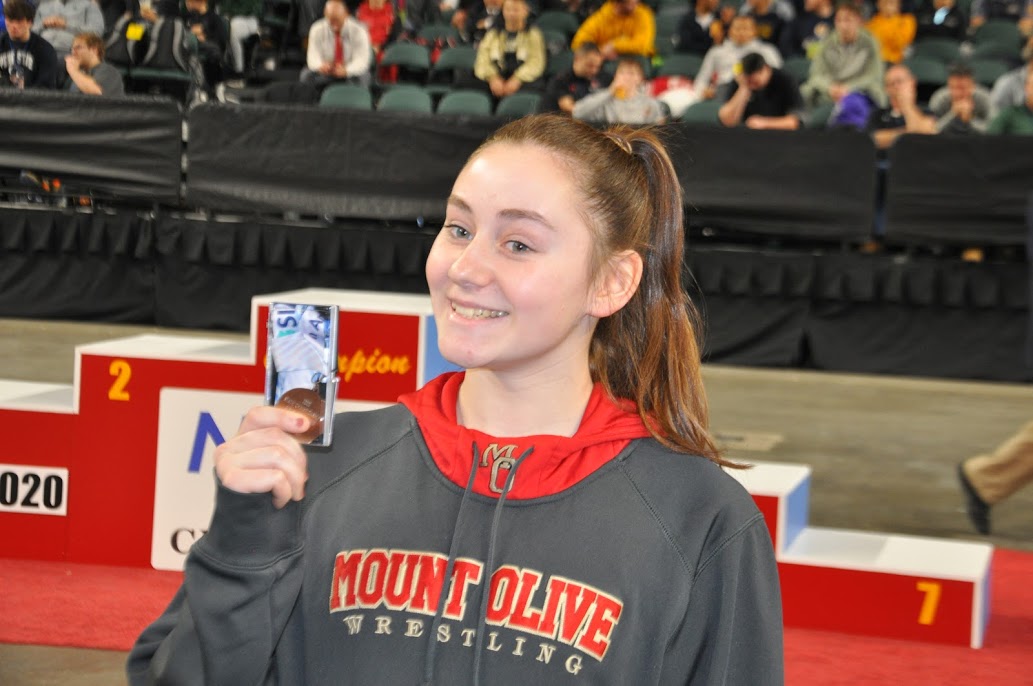 Meet Carley Anderson, a gymnast most of her life, now turned wrestler for Mount Olive High School. The junior is helping bring awareness to the sport for females and won herself some bragging rights when she placed fifth in the state in her weight class during the NJSIAA tournament.

Anderson first heard about girls being allowed the opportunity to join the wrestling team over an intercom announcement at the high school. It piqued her interest and she attended a meeting. Coming from her athletic background as a gymnast, she thought wrestling might be a fun, new challenge.

“I heard on the announcements that they were forming a girl team and I thought it would be fun. Gymnastics has given me the strength, flexibility, determination and perseverance to tackle wrestling,” Anderson shared.

When Anderson first stepped on the mat as a member of the Marauders Wrestling team, the nerves were there, but she talked herself through it.

“I was nervous because I did not know what I was doing and there’s a lot of people watching.  My goal was to not get pinned and he couldn’t pin me, so I felt good about that,” Anderson shared.

After a successful season, Anderson had qualified for the state tournament in her weight class. She made it to the semifinal round where she lost by a pin. During the third-place consolations, she also lost. When the battle for fifth place came, she used her laser focus and got the job done.

“It was very nerve-wracking to go out there with thousands of people watching.  Once I got on the mat, I focused on the match.  I was very proud of myself, just making it to states is an honor that many do not get to experience.  I hope I can go back next year and do even better,” she says.

Coming back next year and doing better is already in the game plan for her. Anderson is also hoping to inspire other girls at Mount Olive High School to join the newly formed girls team.

“It takes hard work and determination but it’s very rewarding. Girls should try it out.  It’s a lot of fun, the team bonding is amazing.  I love my teammates and I can’t wait to get back on the mat with them.  There are many opportunities now available for female wrestlers, it’s one of the fastest growing sports.  It’s an experience you won’t regret!” Anderson says.

Throughout her wrestling journey, Anderson has learned many lessons on how to be a supportive teammate, being a gracious winner, and more.

“Wrestling has taught me that I am determined to win, and I don’t like getting beat!  For regionals, I just focused on each match as they came and told myself before the match, don’t give up. I am going to win today. I just kept pushing through,”

Anderson will carry those lessons throughout life, just like she will the memories of helping to make history at Mount Olive High School.

“I have many memories; however, my favorites would be winning regionals, the friendships and laughing during practice, and my girl Nyla who took this amazing journey with me and how close we’ve become.”