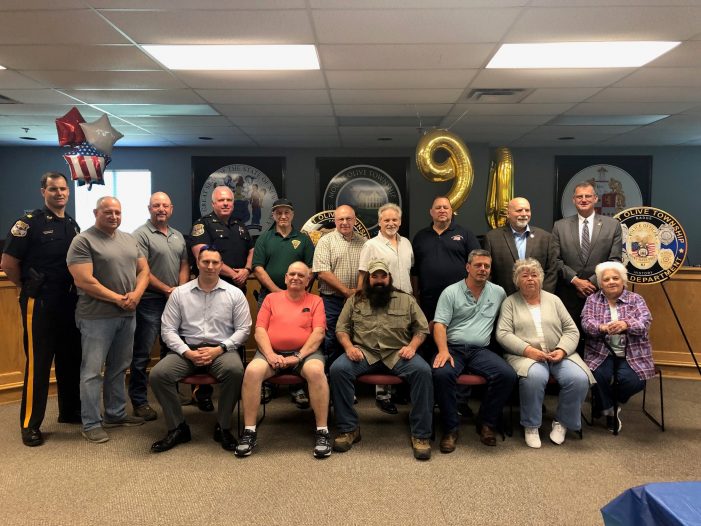 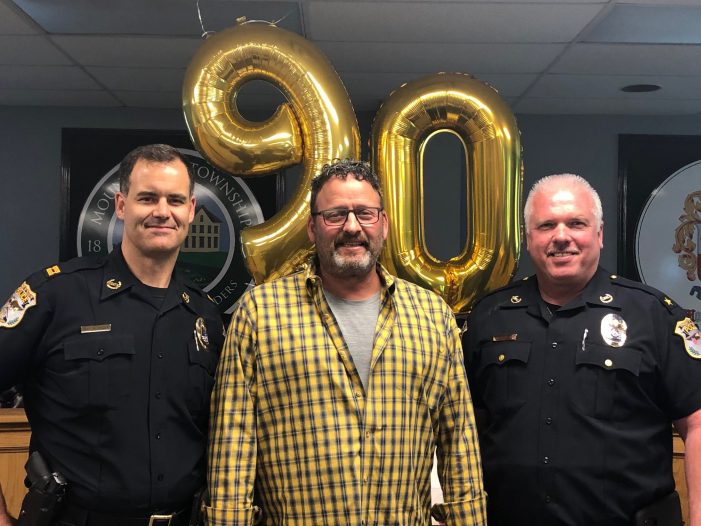 The Township of Mount Olive Police Department is celebrating their 90th anniversary this year, and with it comes recollections of a great past with a view towards the future.

Chief Steve Beecher says, “A lot has happened between now and then (1929) to bring us to where we are today: the third largest police department in the county; accredited through the New Jersey State Association of Chiefs of Police, with the latest technology; a highly trained workforce; and fully operational communications center. We  strive towards continuing excellence in pursuit of community support through responsive professional service.”

Although the Mount Olive Police Department was officially established in 1929, an early population growth in the community encouraged the formation of law enforcement. The Mount Olive Vigilant Society was founded on December 22, 1859. In the 1920s, the township hired its own Constables, Harold McLaughlin and his assistant George Hildebrandt. Per Beecher, “In a township logbook from 1929, Class II Special Officer Michael Pocquat found an entry on June 3rd  where the Mayor empowered Chief Harold McLaughlin to hire officers. Chief McLaughlin hired three, establishing then what has become a police force of fifty officers.” As Mount Olive continued to grow, in 1929 The township by ordinance established a police department. Dan Tremitier served as the first Chief of Police.

The beginning was very humble. There was no two-way radio, and officers would be alerted to a call when a flag was hung out of the municipal building second floor window, or when a blue light was on. When observing these notifications, officers stopped at the municipal building to get the call details. It wasn’t until 1941 that the Mount Olive Township Police Department had a two-way radio in a patrol car.

An interesting historical tidbit about Chief Dan Tremitier. He is the only former New Jersey Police Chief to have been killed in action in World War II, dying on March 22, 1944. In honor of former Chief Tremitier and in remembrance of his sacrifice, all Mount Olive Police Officers wore a mourning band over their badges from March 22 until Sunday, March 31 this year.

As of 1971, the Mount Olive Township Police Department consisted of eight officers, two Detectives, three Sergeants, and a Chief, and was aided by twenty Special Officers. Mount Olive was now intersected by Route 46, which ran through Budd Lake, and Route 206, which bisected Flanders. Also, Route 80 was being constructed, and large residential development was being undertaken. In 1979, construction on the International Trade Zone increased traffic and commercial and residential development.

In 2013, the Mount Olive Police Department received accreditation from the New Jersey State Association of Chiefs of Police, and in 2019 was re-accredited. 108 standards were met, policies and procedures complied with, and proof shown that all departments actually followed those policies and procedures. The department also received a Certificate of Recognition from The Commission on Accreditation for Law Enforcement Agencies (C.A.L.E.A.) for “having demonstrated its voluntary commitment to law enforcement proficiency by adhering to a body of standards essential to the protection of the life, health, and safety of the citizens it serves”.

Chief Beecher is proud of the department’s record and history. “We would not be where we are today if not for the efforts of those that came before us, and those that continue to work in Mount Olive, civilian and sworn officers alike.”