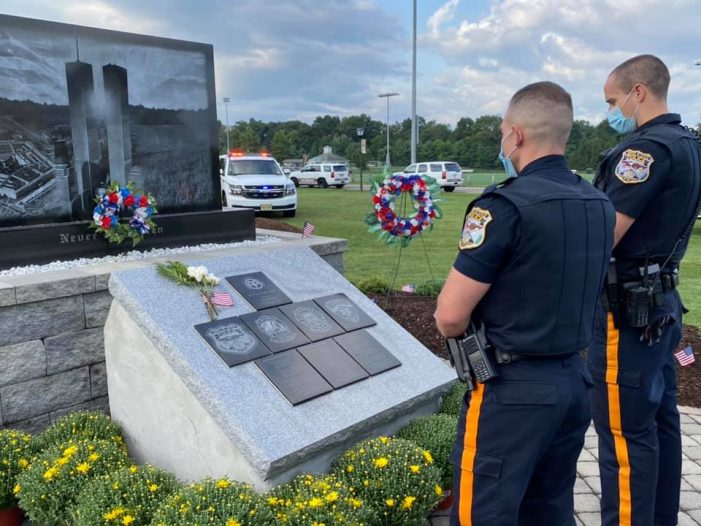 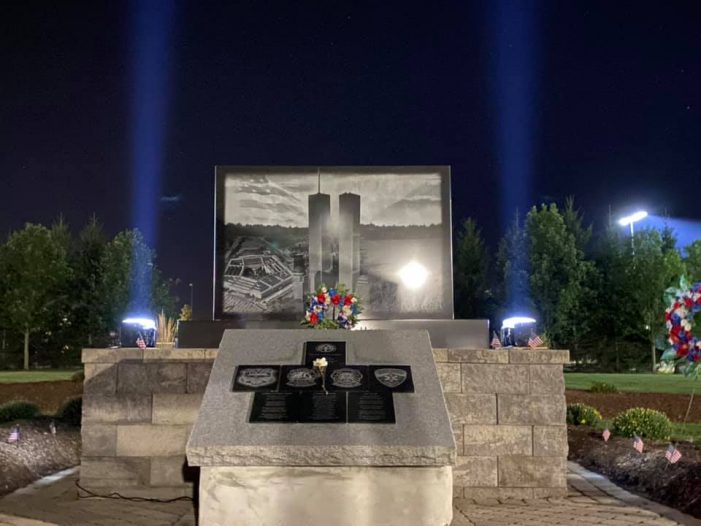 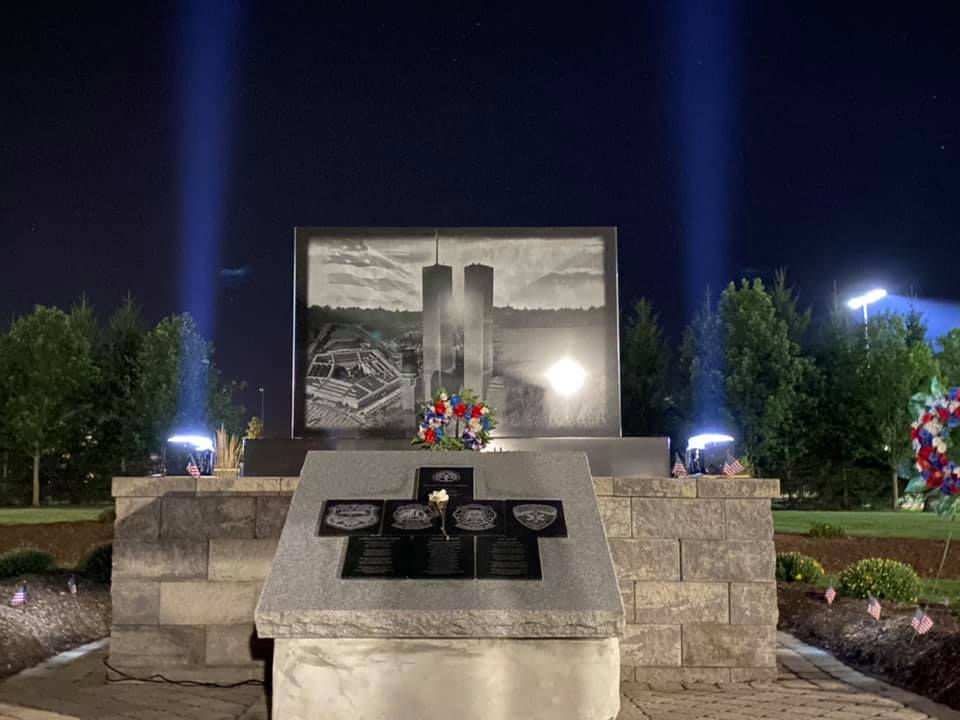 Mount Olive gathered on September 11, 2020 at Turkey Brook Park to remember the terrorist attacks of September 11, 2001. The remembrance ceremony was attended by first responders, members of the town council, and was open to the public. 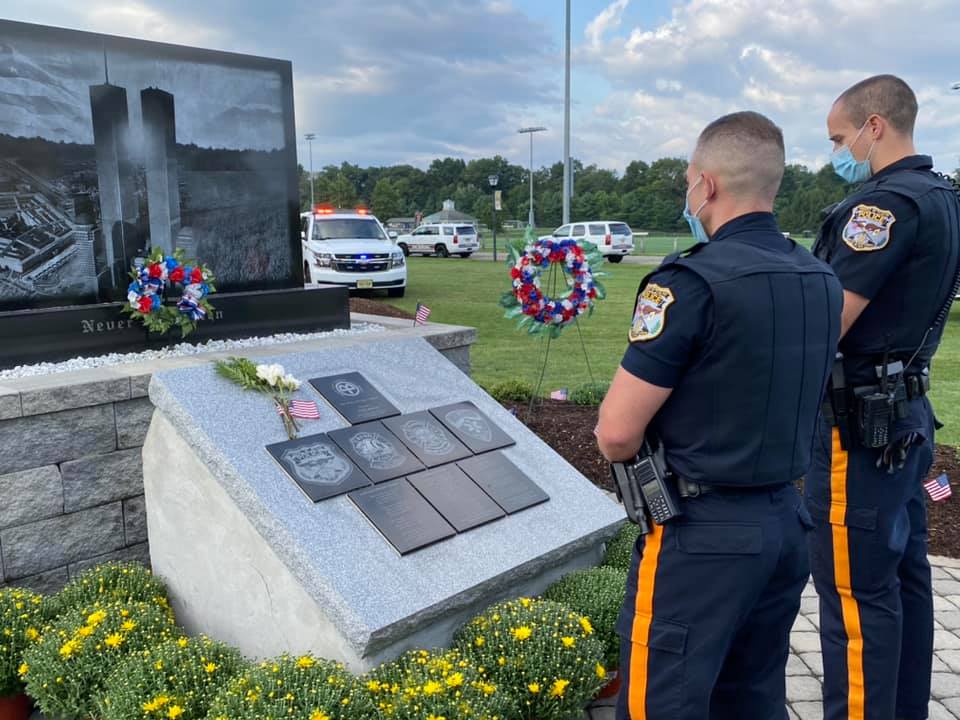 Mayor Rob Greenbaum shared the following poem with those gathered.

MEET ME IN THE STAIRWELL

You say you will never forget where you were when

I was on the 110th floor in a smoke filled room

with a man who called his wife to say ‘Good-Bye.’ I

held his fingers steady as he dialed. I gave him the

peace to say, ‘Honey, I am not going to make it, but it

I was with his wife when he called as she fed

breakfast to their children. I held her up as she

tried to understand his words and as she realized

he wasn’t coming home that night.

I was in the stairwell of the 23rd floor when a

woman cried out to Me for help. ‘I have been

knocking on the door of your heart for 50 years!’ I said.

‘Of course I will show you the way home – only

believe in Me now.’

I was at the base of the building with the Priest

ministering to the injured and devastated souls.

I took him home to tend to his Flock in Heaven. He

heard my voice and answered.

I was on all four of those planes, in every seat,

with every prayer. I was with the crew as they

were overtaken. I was in the very hearts of the

believers there, comforting and assuring them that their

faith has saved them.

I was in Texas , Virginia , California , Michigan , Afghanistan .

I was standing next to you when you heard the terrible news.

Did you sense Me?

I want you to know that I saw every face. I knew

every name – though not all know Me. Some met Me

for the first time on the 86th floor.

Some sought Me with their last breath.

Some couldn’t hear Me calling to them through the

smoke and flames; ‘Come to Me… this way… take

my hand.’ Some chose, for the final time, to ignore Me.

But, I was there.

I did not place you in the Tower that day. You

may not know why, but I do. However, if you were

there in that explosive moment in time, would you have

for you. But someday your journey will end. And I

will be there for you as well. Seek Me now while I may

be found. Then, at any moment, you know you are

I will be in the stairwell of your final moments.