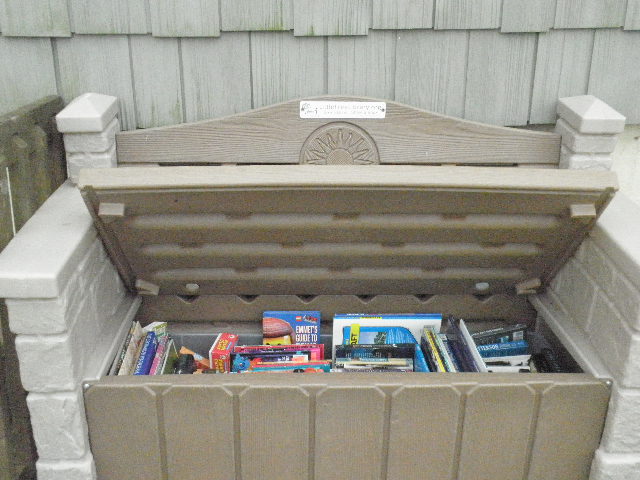 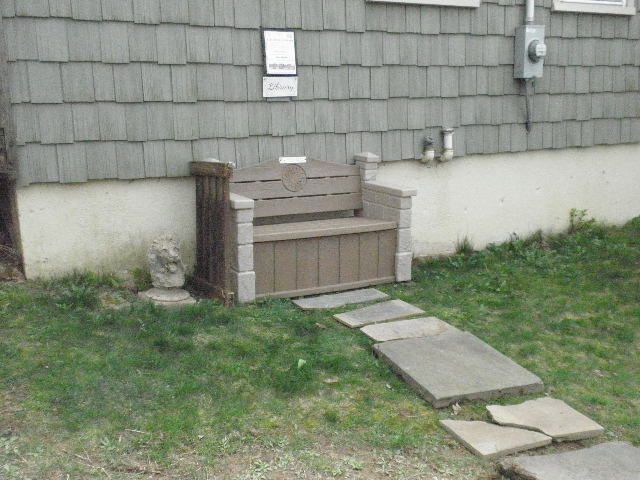 Little Free Library is a nonprofit organization that aims to inspire a love of reading, builds community and sparks creativity by fostering neighborhood book exchanges around the world. Through the organization, millions of books are exchanged each year, profoundly increasing access to books for readers of all ages and backgrounds.

Toni McGovern, of Budd Lake, first heard of Little Free Library while visiting relatives in Chicago. When a distant cousin explained the concept, McGovern became enamored with it, thinking it a “neat idea.”

When she returned from her trip, the recently retired library administrator decided to turn a bench outside her house into a receptacle for books.

“The bench has a nice view of the lake, so it’s a great place for people to recirculate and share books,” McGovern said.

The idea behind the project is simple; neighbors, friends and passersby are free to take a book they would like to read. They can read it while enjoying the view of the lake from McGovern’s library-bench, or take it with them. Patrons are encouraged to “pay it forward” by returning the book, or adding another one to the collection.

It’s a system that is more casual than that of a town library, encouraging participation and neighborhood socializing. The idea for the non-profit organization was started in 2009 by Todd Bol of Hudson, Wis. In a tribute to his late mother, who was a teacher with a passion for reading, Bol built a model of a one-room schoolhouse. He filled it with books and put it on a post in his front yard. The small structure proved so popular with his friends and neighbors that Bol constructed several more and gave them away.

Together with Rick Brooks, a program outreach manager at the University of Wisconsin-Madison, Bol saw an opportunity to create a widespread book-sharing network, inspired by the “take a book, leave a book” model popular in coffee shops and various other venues.

Media attention in 2011 helped bring the organization much-needed exposure; today, the libraries number at around 80,000 and can be found in over 90 countries, with millions of books exchanged annually.

As she only started the project a few weeks ago, McGovern currently has about 50 books in her collection, items she purchased mostly at library book sales. The books vary in genre and target age demographics. McGovern, who is using Facebook to spread the word about her book bench, hopes that as the weather gets nicer, the bench will receive more traffic.

“In the summer, kids can wander over, and stay out of trouble that way,” McGovern joked.

The Little Free Library staff provides volunteers like McGovern with library building instructions, online resources and access to free or discounted books through their partners.

For her part, McGovern emphasizes that she is not trying to compete with the town library.

“We have a great library, a beautiful library,” she said. “This is just an alternate way to share books.”