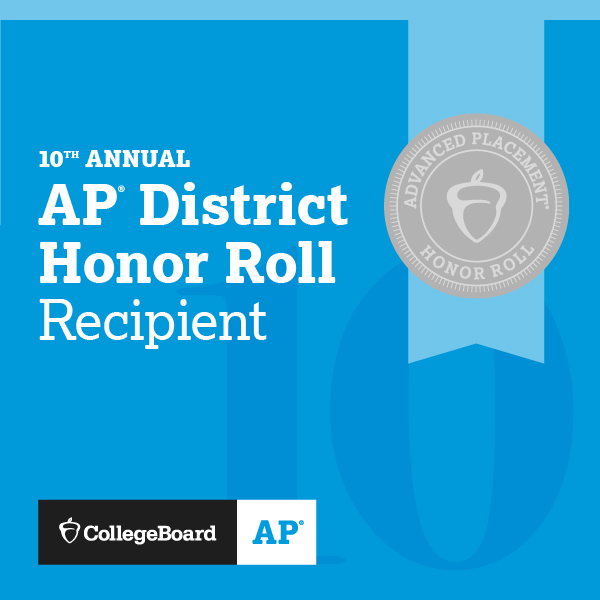 The Mount Olive School District was named again to the AP Honor Roll by the College Board. The district is one of only three districts in Morris County, 20 in New Jersey, and 250 in the U.S. to be so honored. The AP Honor Roll distinction recognizes the district’s efforts in increasing the number of students from underrepresented demographics who take AP courses, while also increasing or maintaining the percentage of students passing the exams. This is the third consecutive year in which the district has earned a place on the honor roll.

A look at the AP data reveals just how far Mount Olive High School has evolved. AP courses were added gradually, and students responded by not only sitting for the courses but also taking the year-end exams. From 2004 to 2019, the number of AP exams administered grew from just 85 to 667 – an increase of nearly 700%. The passing rate has increased as well. The addition of three AP courses for the 2019-2020 school year, (Human Geography, Computer Science Principles, and Psychology), brings the total number of AP offerings at the high school to 28.

The Mount Olive Board of Education has made concerted efforts to encourage students to challenge themselves with high-level courses. Last year, for example, an AP incentive program was implemented so that the cost of the AP exams would not dissuade students from enrolling in AP courses. For students who register and pay the College Board fee for one exam, the district pays the registration fees for all additional AP exams. (The College Board charge for most exams is about $95 but some can cost as much as $142.)

“The AP Honor Roll distinction is a direct result of the AP incentive program that was approved by the board last January, the dedication of our amazing AP teachers, and most importantly the hard work of our AP students,” said Dr. Robert Zywicki, superintendent of schools. “This year, fewer school districts were recognized because the criteria were much more stringent, making it incredibly difficult for districts to make the list in consecutive years. Everyone in the school community should celebrate this achievement.”