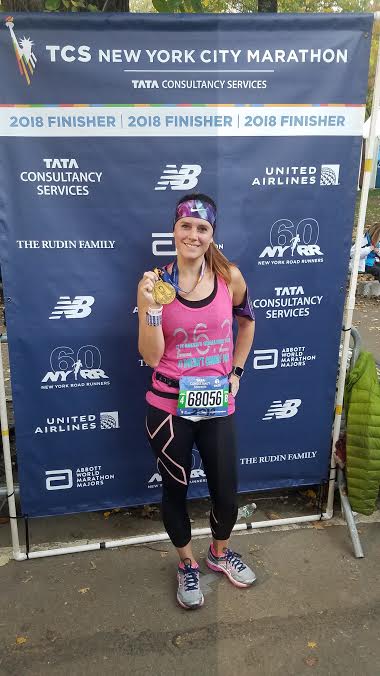 Zagame, 37, of Rockaway Township, has taught first grade for 13 years at the Tinc Road School. She grew up in Washington Township in Warren County and did cheering and softball. 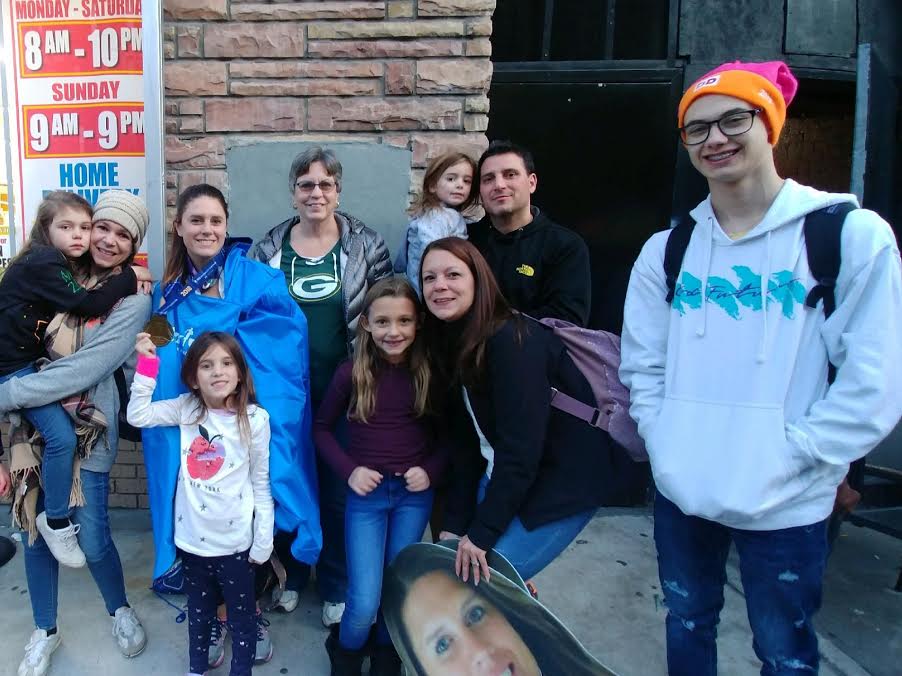 “Track was not even something I wanted to do,” she said. “I had no interest in running for fun. I didn’t understand why people did it.”

However, her feelings about running began to slowly change three years ago. Every year since 2015 the school has had two people run in the marathon because New York road Runners, the organization who hosts the event, have had two programs that run through the school: Girls on the Run and Mighty Milers.

In 2016 her interest in running really peaked when her colleague and friend, third grade teacher Samantha Darnesto ran in the marathon.

“I was so impressed she was able to do this,” she recalled. “I was so proud of her.”

Zagame, a mom of three kids, Ethan, 16, Ashlee, 6 and Holland, 5, said taking care of children all day at school and home never gives her much time for herself.

Darnesto sat down with Zagame and wrote 14 reasons why she should do the marathon. One that stuck out was that for once she would be doing something that she would enjoy and put herself first.

“If someone is that supportive of me maybe is should do this,” Zagame said.

So, in January 2017 Zagame decided to do the marathon. She began training in July with the head custodian Mark Eckert, who had run the marathon twice and competed in others. Zagame ran five miles each day about three to four times a week.

Eckert helped get her into running shape, while Darnest was there for her emotionally.

The morning of the marathon in 2017 she was nervous and wasn’t sure she could finish the 26 .2 miles. But as she was focused and in a good mindset.

Seeing the people in the streets cheering and just experiencing the marathon itself was something she could have never imagined, she said.

“That was such an incredibly emotional experience,” Zagame remarked.

She finished in five hours and 20 minutes.

After the dust settled, she figured she had crossed an item off her bucket list. But, after much debate, she decided to do it one more time.

However, this this year’s marathon was not as easy. She didn’t train with Eckert in the summer and on top of that, suffered an injury in October, which put her on the shelf for two weeks.

“I ran comfortably until mile 17,” she recalled. “When I saw family at mile 23, I was crying in pain. I wanted to walk the last few miles. My family told me you need to keep going because you will be under five hours.”

So, she persevered and finished in four hours and 59 minutes.

The next few days her legs and hamstring were very sore. She was physically drained and decided that was it for marathon running.

“I’m definitely glad that I did it,” she exclaimed. “I would highly recommend for someone to try it.  The training is a lot, but I think you have to put it in to feel good about yourself.”