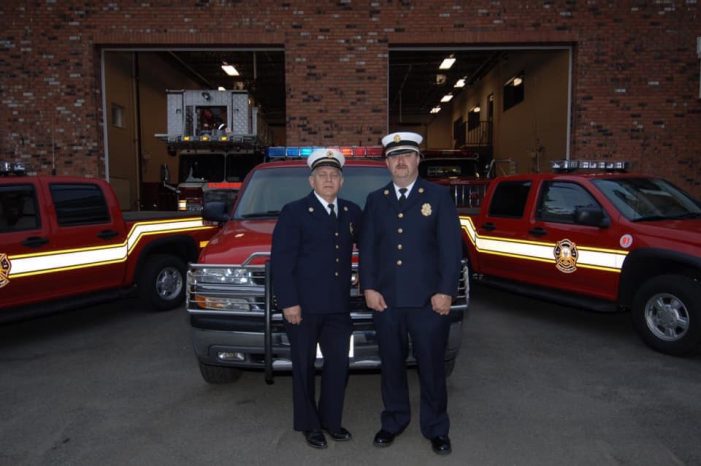 The late Fred Detoro and his father, Frederick R. Detoro, who was the first fire marshal of Mt. Olive 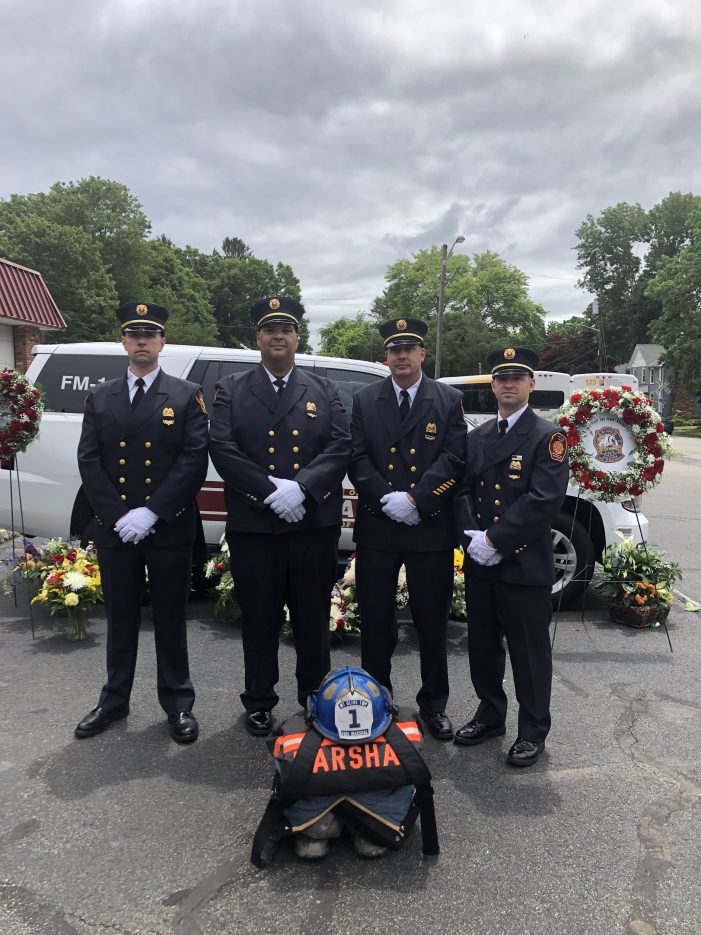 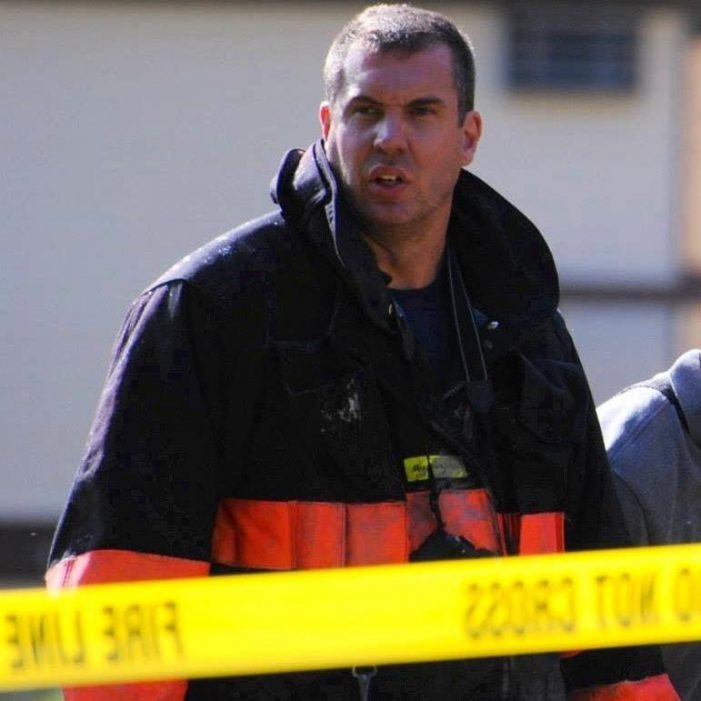 Marc Muccione, the newly appointed fire marshal for the township of Mt. Olive, has big shoes to fill – something that he freely acknowledges himself. Muccione was appointed to his position by the township council, with his tenure officially beginning on July 29. It’s a bittersweet promotion, as Muccione will be filling in for previous longtime Mt. Olive fire marshal and his good friend Fred Detoro, who passed away on June 15 at the age of 52.

“Fred was a very smart guy who was unique in that he wore many hats,” Muccione said. “He built all these qualifications over the years, and now we have several people doing the jobs that Fred did alone.”

Muccione and Detoro were childhood friends, and they grew closer together when Muccione joined the fire department in 1988. Detoro was already on the team, and a legacy in the field of firefighting; his father was fire marshal before him. During his life, Detoro served as a chief and president of the Flanders Fire Department, as well as the fire marshal, construction official, EMS captain and OEM coordinator in Mt. Olive.

In the late 1990s, the township of Mt. Olive experienced some expansion, and needed a second fire inspector, a role that at the time was being fulfilled by Detoro. Muccione received a call from his old friend inviting him to try out for the position. After completing the appropriate coursework needed for certification, Muccione also became a fire inspector.

As a member of the Mt. Olive Office of the Fire Marshal, Muccione had new responsibilities that differed from those of a volunteer fire department member. The office was established in 1972, with its primary goal being the enforcement of the New Jersey Uniform Fire Code and other local fire safety regulations.

Major activities within the scope of the office include inspections of life hazard uses, fire safety complaints, fire permit control and smoke/carbon monoxide detector compliance for the resale of residential properties.

All fires occurring within Mt. Olive resulting in damage to property, death or serious injury are considered suspicious in nature and investigated by the Fire Marshal’s Office, which interacts with local and federal law enforcement and other agencies to ensure a thorough investigation. If a fire is deemed to be intentionally set following data gathering and analysis, the fire marshal will work closely with local law enforcement during the criminal aspect of the investigation.

Muccione explained that due to the office’s expansion into other towns, such as Hackettstown and Allamuchy, a current pressing issue is the delegation of resources.

“Because we cover so many towns, there are fires to attend to and investigate all the time – whether it’s in the middle

of the night or whenever,” Muccione said. “Right now, getting additional help is a major concern.”

The new fire marshal reports that so far, his tenure has been a smooth transition, adding that the office is “taking time” to let the community absorb the loss of Detoro.

On the official Facebook account of the fire marshal’s office, Muccione expressed his gratitude for his appointment.

“I cannot express how honored I am. I have some pretty big shoes to fill,” the new fire marshal wrote. “Thank you to everyone who supported me through the process. I greatly appreciate it.”