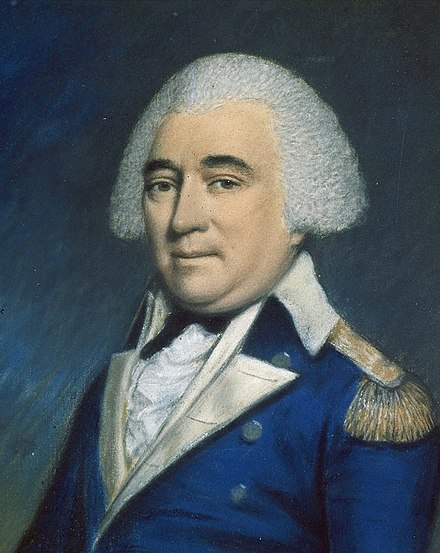 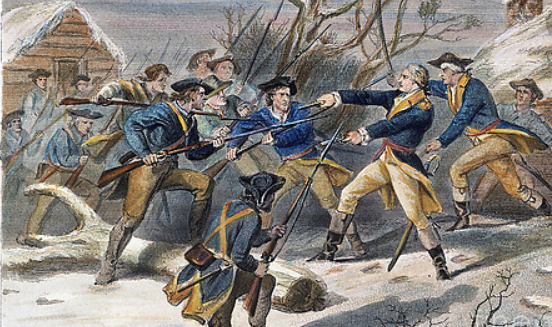 On July 4, Americans honor the men and women who fought and died during the American Revolutionary War. But that first honor almost did not happen.

The Revolutionary War, until the Vietnam War, was the longest war in American history. The first battle took place on April 4, 1775, at Lexington/Concord, Massachusetts. The Treaty of Paris signed on September 3, 1783, ended the state of war. For almost eight years, thirteen colonies battled the British for independence.

A general reorganization of the Continental Army set for January 1, 1781, would have consolidated 11 infantry regiments of the Pennsylvania Line into six. Men felt that if they went along with the reorganization, they would be bound to serve in what looked like an endless war.

Morale had been low and grievances had continued to grow. Many of the men had not been paid for years. There was a shortage of food, warm clothing, and shoes were falling apart and replaced with rags.

There was a further source of complaint over the terms of enlistment. At the start of the war (1775) no one had expected it to last long and enlistments were a few months or a year. Many had signed up for three years to get a $20 bonus.

By 1778, it was clear if the war were to be won, it would take time, and a new army which was signed up for “three years or the duration.”

Many of the war-weary soldiers believed their enlistment had expired. Few men could read or write. There were many claims that their officers had gotten them to sign their “X” to enlistment papers that had not been properly explained; or were misrepresented.

Moreover, to get new recruits, the colonies were forced to offer enlistment bonuses which some say were several hundred dollars. This drew further resentment on the part of the veterans who had gotten only $20 on enlistment.

On January 1, 1781, 1,500 soldiers from the Pennsylvania Line under General Anthony Wayne’s command insisted that their three-year enlistments had expired. Too much rum had been fueling tempers that New Year’s night, and someone killed three officers in a drunken rage. Knowing that someone would be held responsible, many abandoned the Continental Army’s winter camp at Morristown.

The British tried to take advantage of the situation. British General Henry Clinton sent representatives to meet the mutineers. They were authorized to offer full pardons and the back pay owed them by the Continental Army, in exchange for joining the British troops.

Instead, the men headed south for Philadelphia to confront Congress. From Princeton, the mutineers dispatched envoys to meet with General Wayne, who was following behind them. They aired their grievances and handed over Clinton’s men. The British agent John Mason was tried and hanged as a spy. Controversially, Mason’s civilian guide, James Ogden, was also hanged as a spy.

Although the mutineers were upset with Congress and with their officers, they ultimately refused to defect to the British.

General Wayne tried to convince the soldiers to return to order peacefully, but while the soldiers promised not to defect to the British, they would not be satisfied until Pennsylvania addressed their grievances. Wayne dispatched letters to Washington and the Pennsylvania government. The Line set up a temporary headquarters in Princeton and selected a Board of Sergeants to speak for them.

The mutiny of the Pennsylvania Line paused with a temporary settlement on January 8.  Negotiations went quickly, as the soldiers distilled their grievances to one issue: that men enlisted in 1776 and 1777 for $20 bonuses be discharged and then given the opportunity to reenlist for a new bounty if they wished.

Half the men accepted discharges, while the other half took furloughs coupled with bonuses for reenlistment. Those who reenlisted formed the Pennsylvania Battalion, which went on to participate in the southern campaign.

Wayne arranged for the discharge process to begin. Approximately 1,250 infantrymen and 67 artillerymen were discharged. When the proceeding ended on January 29, only 1,150 out of 2,400 men remained in the Pennsylvania Line. However, many discharged men later reenlisted, and the remaining regiments accepted their old officers.

The rank and file, though not the sergeants and musicians, were all furloughed until March 15. On that date the regiments reassembled at their respective towns.

The commander of Company D, 4th Pennsylvania Regiment, was fatally shot by a mutineer who was trying to kill a senior officer. Otherwise, the uprising was relatively bloodless. The mutiny was the most successful and important insurrection of Continental Army soldiers during the American Revolutionary War.

The peaceful terms agreed to by the Pennsylvania Line prompted 200 New Jersey men stationed at Pompton to follow suit with their own mutiny.

On January 20, just as the mutiny of soldiers from the Pennsylvania Line was being resolved, another mutiny broke out. This time, men from the New Jersey Line (Pompton) also decided they were underpaid.

George Washington was displeased with the way the mutiny was handled. In a February 2, 1781, letter to Major General Nathanael Greene, he stated: “[T]he affair of the Pennsylvania Line [was] compromised, by the intervention of the Civil Authority of the State…This influenced other troops of the Jersey Line to follow the same example, and mutiny in the same manner to attempt to achieve a similar success.”

Washington dealt with the Pompton mutiny differently. He immediately dispatched Major General Robert Howe from West Point to Pompton, where Howe, “Surrounded the mutineers by surprise in their quarters, reduced them to unconditional surrender and executed two of the ring leaders on the spot.” There would be no further mutinies.

The Revolutionary War produced a mixed legacy of positive and negative results. On the patriot side, the cost of founding an independent republic was high. Approximately 13,000 killed or wounded and historians believe at least 10,000 died as prisoners of war. The British had similar casualties.  The success of the Revolution brought scorn to those loyal to England, and as the sound of war faded, the battle for individual rights began.