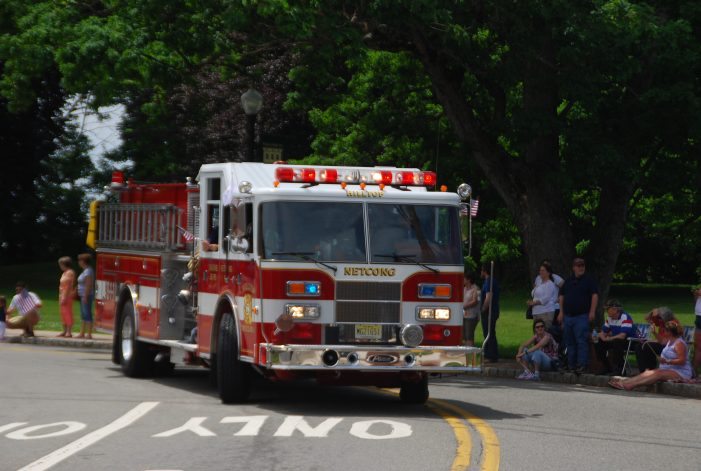 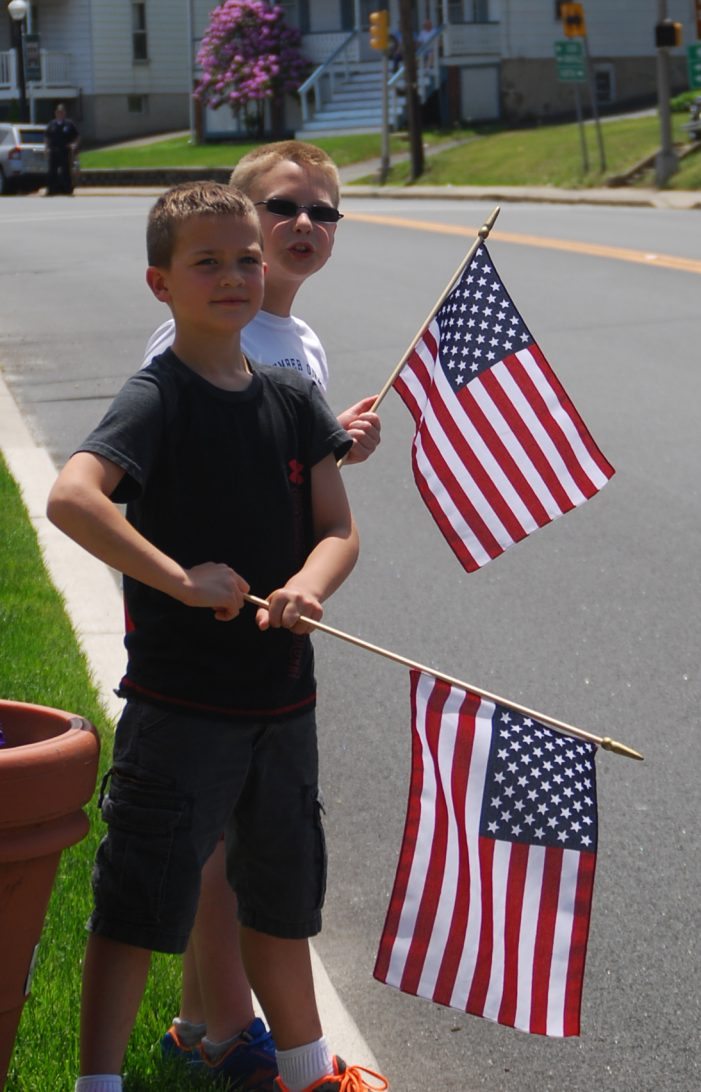 The temperature on the bank sign on Ledgewood Road read 81 degrees, but the threatened thunderstorms didn’t show up to mar the Memorial Day Parade.

The ceremony was moved from Memorial Park in Netcong, right on Lake Musconetcong, to the American Legion Post up the road, but the parade went off without a hitch featuring the Lenape Valley Patriots Marching Band, boy and girl scout troops, and emergency services from Netcong, Stanhope, Budd Lake, Byram Township and the Andovers. The traditional laying of a wreathe in the lake from a canoe was not held.

Rev. Hugh Matlock of the Stanhope Presbyterian Church read the roster of war dead from Netcong, Stanhope and Mt. Olive Township from wars starting with World War I. He also told a story about one of his parishioners who worked in an office on Maple Avenue in Netcong on the day a military car pulled up and a chaplain got out telling her one of her two sons who were both serving in a war zone had been killed.

Sussex County Freeholder George Graham spoke briefly, recalling a phone call he got from Congressman Rodney Frelinghuysen about a soldier killed in Afghanistan. Graham was on the Stanhope Borough Council at the time and the soldier’s address as given to Frelinghuysen was listed as Stanhope, but Graham soon realized the man was actually from Hopatcong Heights, which has a Stanhope zip code.

“I called Sylvia [Petillo, the mayor of Hopatcong] and she had to make that walk up to the boy’s house,” Graham said.

“Memorial Day isn’t only about the photos and the memories,” Graham said. “It’s about the paper boy, the Boy Scout, who hears the call and answers.”

Post Commander Carl Beale thanked the people who attended the parade and the service.

“This is the time when our veteran’s groups want to show our vets we care about them and their families,” Beale said.