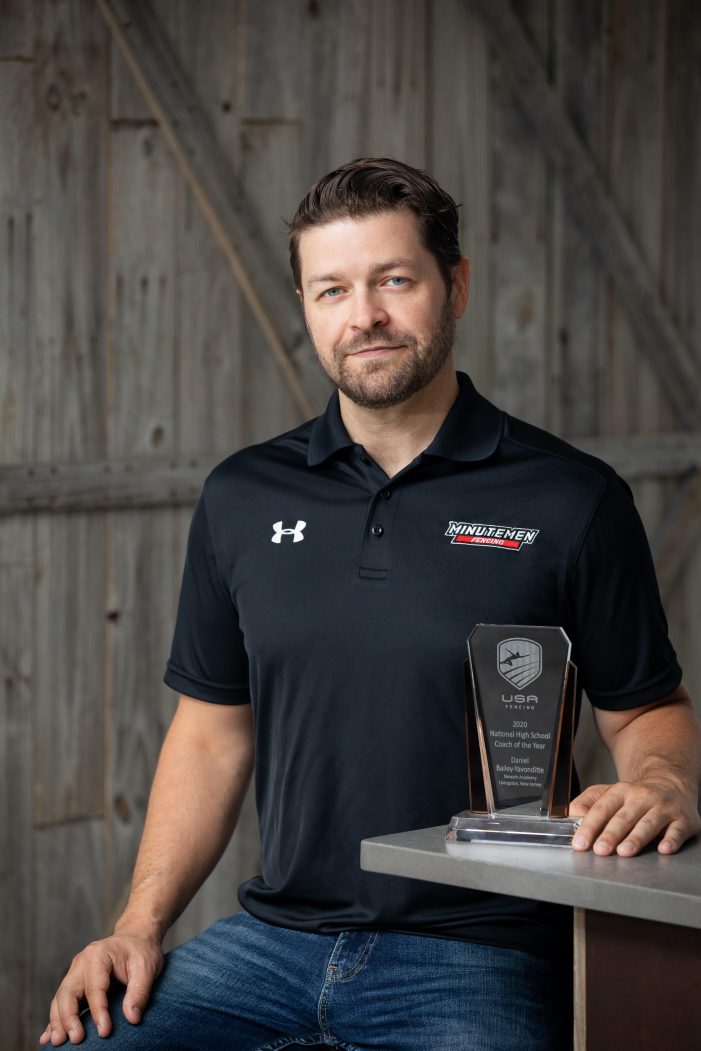 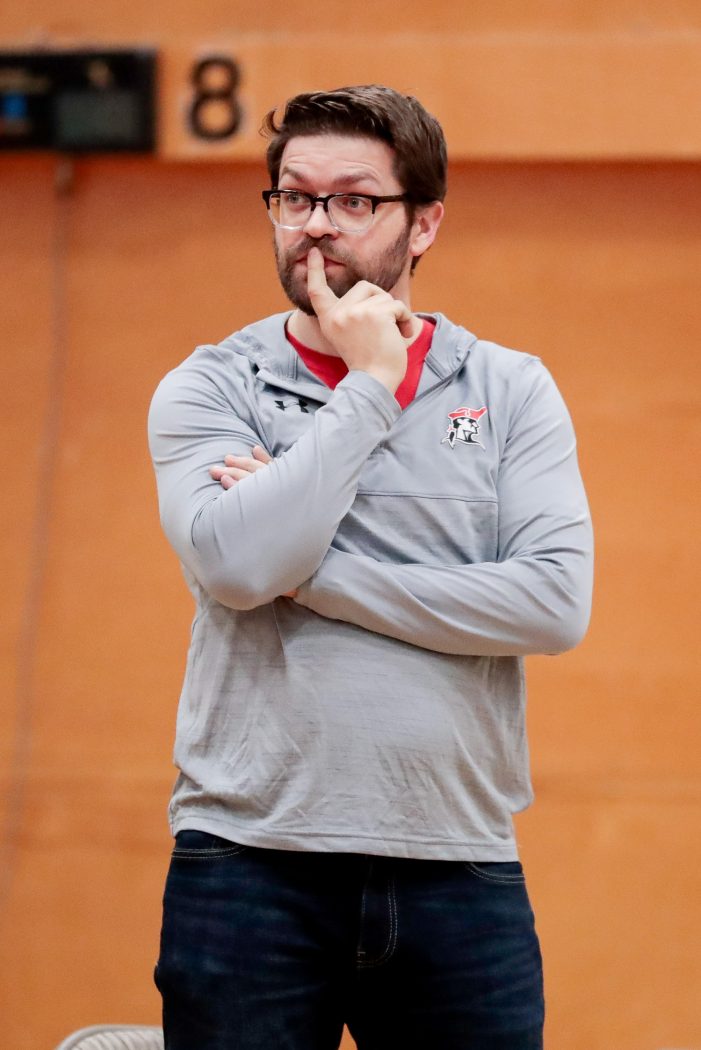 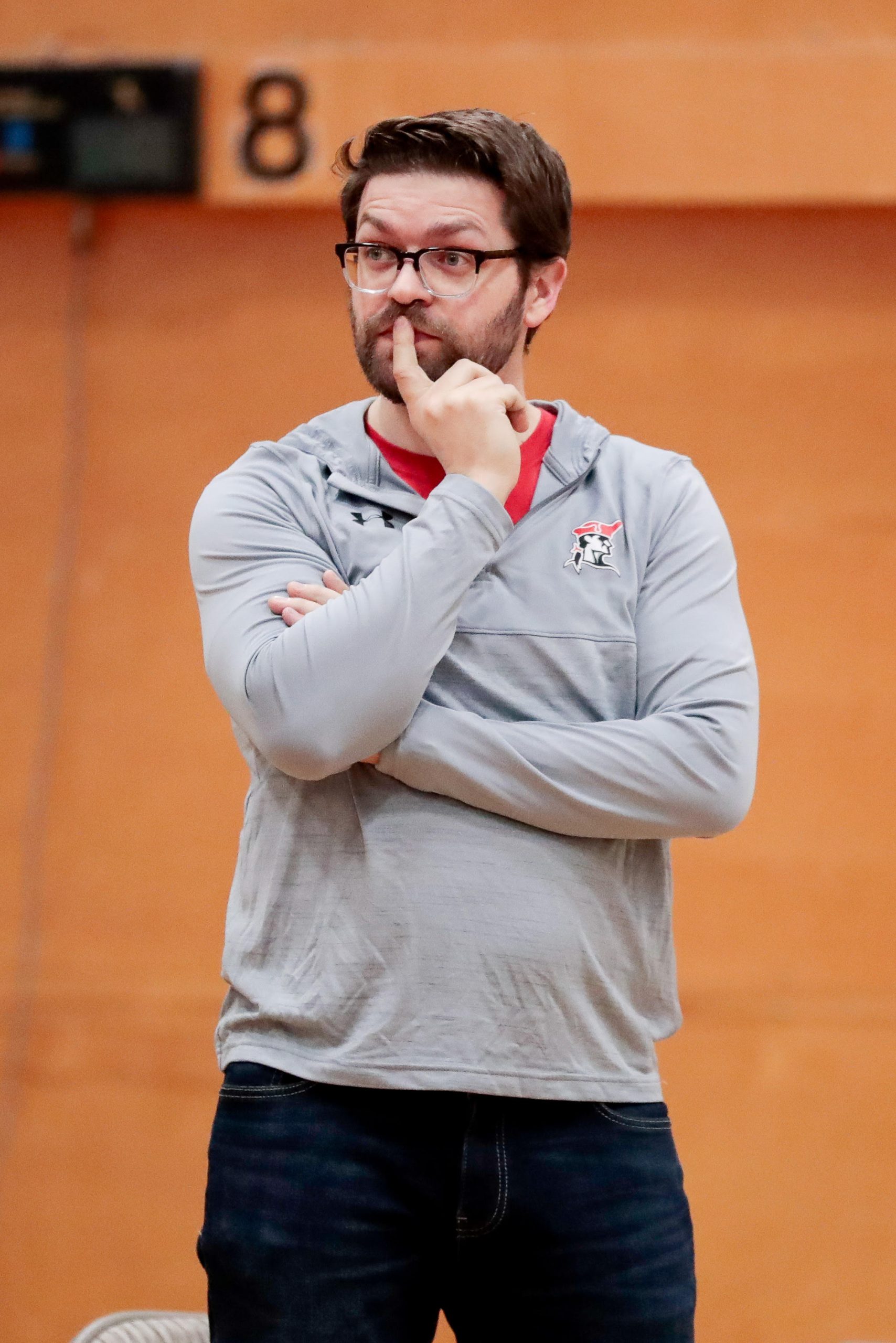 Nominated by his players, Bailey-Yavonditte led the squad to an 11 -2 record and their first ever State Team Championship over a strong Ridge High School team, whom they had lost to a few months earlier at the winter Cetrulo Tournament.

During the tournament, Newark Academy finished second out of 55 schools, and the squad only got better as the season progressed.

“We’ve had a lot of individuals who have been very, very good,” says Bailey-Yavonditte, citing Newark Academy’s fencing past. “But it’s been a long while since the program has had such a high quality across the board with the quality of our athletes.” Some top fencers this past season were Konrad Czyzewski, Aidan Orr, Michael Pyo, JJ Whitehurst, Torata Mishima, and John Steinmetz.

USA Fencing, which is the governing body for fencing across the United States, notified Bailey-Yavonditte of his win near the end of June. “To be nominated by them (his players), those kids who put in the hard work to be at the top of high school fencing in New Jersey, that’s really big for me,” he says.

For Bailey-Yavonditte, 40, the goal was specific: he wanted to develop athletes. “A lot of my high school fencers – I’ve been with a number of high school programs – not all of them are going to go on and fence in college, or even fence outside of high school. It’s their one chance to participate in the sport, and they’ve taken it. If they take this idea of being an athlete and being healthy and being fit through their lives – if they’re a life-long athlete, just like I want them to be a life-long-learner – that’s a huge takeaway for me. It’s great if you win championships, it’s great if we do well during the season, but if we have a kid who is able to be healthy into their 60s and 70s and 80s because of the discipline and determination they learned while they were in high school, that is a real victory for me.”

It’s that employed discipline and determination that carried Newark Academy to the top. “Our team got some really big wins when we needed them,” says Bailey-Yavonditte. In the state quarterfinals, Newark Academy was a winner over both West Windsor Plainsboro North and Columbia, the latter the same team the Newark Academy sabre and foil fencers had lost to earlier in the season. Then came the semifinals and, facing the school he formerly coached, Bailey-Yavonditte’s squad defeated West Windsor Plainsboro South, setting up the Ridge rematch. “It comes back to the hard work they chose to put in during the season,” he says, “and then myself as their coach and them as a team verbalizing and saying to each other, ‘Hey, we’ve put in this hard work. We’re the ones who have put in the effort to be here and to win.’”

For Bailey-Yavonditte, who is married to photographer Kim Craven, his experience as a coach was well buttressed before his arrival in Livingston. Originally from New York state, he has (as previously mentioned) coached at West Windsor Plainsboro South, and before that for St. Peter’s Prep in Jersey City, Morristown High School, and Drew University (where he himself fenced back in 2000 and 2001). While attending LaSalle Institute in New York in the mid-90s, Bailey-Yavonditte participated in both hockey and fencing, and currently fences as a veteran for Beaches Sabre Club in Troy, New York.

As for Newark Academy’s 2021 season? “We are keeping a majority of our starters,” says the coach. “I’m hopeful that we’re going to have another strong season, mainly because of the standards set by the team this past year, and our goal is to hopefully repeat as state champions.”