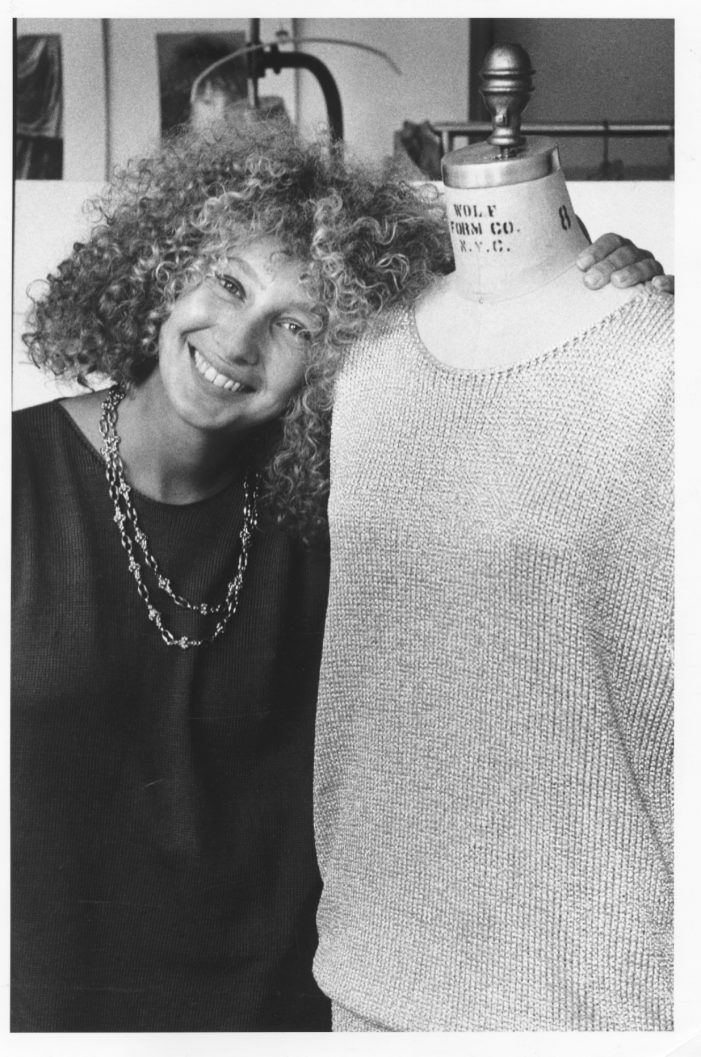 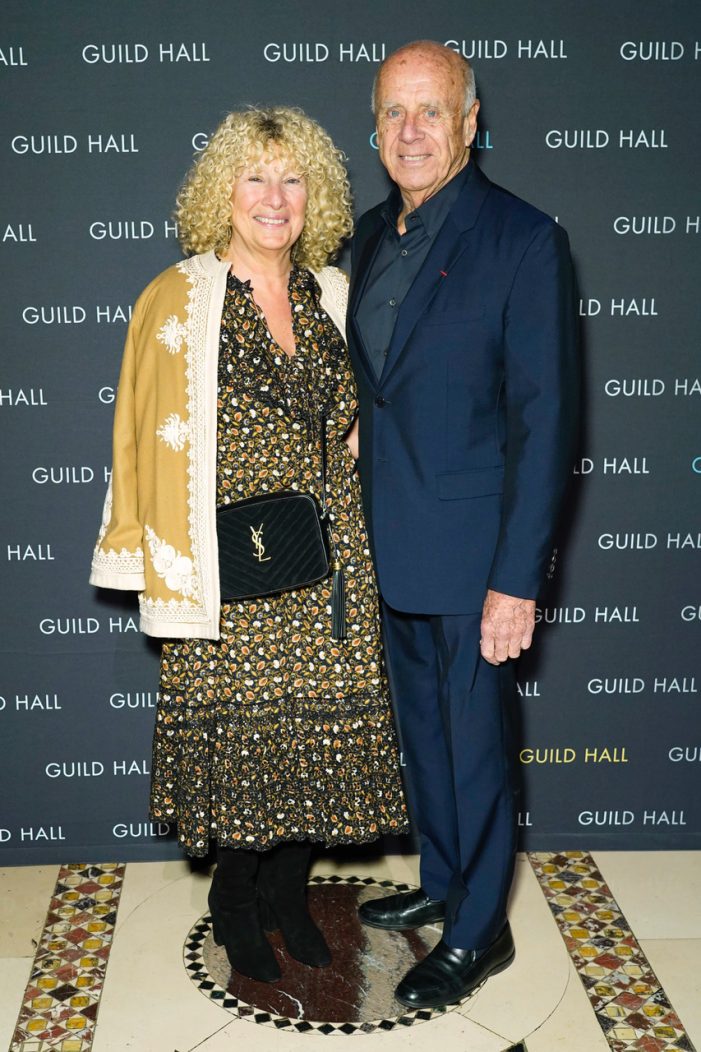 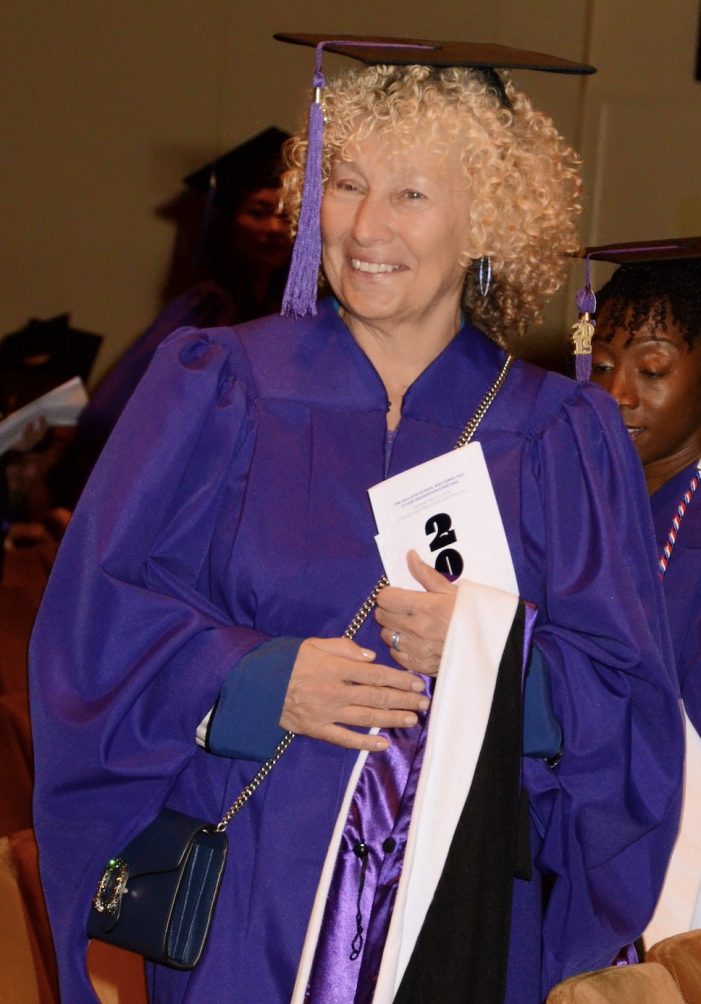 Mary Jane Marcasiano sums up her life and career in two sentences. “I’ve had a lot of journeys and had the chance also to travel and have that impact my work and my life. I feel very fortunate.”

Marcasiano, a fashion and costume designer, grew up in East Hanover, New Jersey and attended Cobblestone (now Central) Elementary School, East Hanover Middle School, and finally Hanover Park High School. “Back then East Hanover was still pretty rural,” Marcasiano says. “We used to actually walk on what became Route 10, and River Road was quite quiet. And where I grew up, across the street was a dairy farm; our neighbors were from one of the farming families. It had very much more of a country kind of a feeling to it, and we wound up doing a lot of those kinds of activities.” Her parents, Anna and Frank, were both born and raised in Jersey City. “They met in Jersey City, and then they moved to East Hanover and bought a very old farmhouse on River Road, and kind of lived their dream of renovating the house on their own.”

Marcasiano graduated from Hanover Park High School a year early, attended Montclair State University for two years, and then moved to New York City to attend Parsons School of Design. After graduating from Parsons in 1977, she founded her own design company. “I started making my own collection,” she says, “and I immediately got a big order from Bloomingdale’s. I was 22 going on 23. Bloomingdale’s was really the hotspot for fashion. They were very famous for all the designers they promoted and their window designs, and when I had my first window display at Bloomingdale’s, it was really, really something.” Marcasiano was part of a handful of young designers at that time who decided to do their own thing rather than work for a big company. For her it worked out. She says, “A lot of us were based in SoHo, and as a group, we got a lot of attention, a lot of press, and that put us on the map at the very early stages of our careers.”

Marcasiano herself started getting coverage in major magazines like Vogue, and won a number of fashion awards in quick succession. She credits her parents for their help and support in those early days. “I grew up in a very nurturing household, and my parents were very nurturing of my talent,” Marcasiano says. “When I did decide after graduating from Parsons that I wanted to start producing my own collection, my parents helped me. My mom came to work with me, and she was a huge part of the success of my business, as was my dad before he passed. We were really a family business with a young designer at the helm.”

Marcasiano was introduced to the Council of Fashion Designers of America, Inc. by New York Fashion Week founder, Ellen Lambert. “She was the grand lady of New York fashion,” Marcasiano says. “I remember she discovered me when I was just starting out and would include me in fashion shows and different things.” One day Lambert called and told Marcasiano about the Council of Fashion Designers of America, which was quite small but included some huge players on the fashion gridiron: Calvin Klein, Ralph Lauren, Bill Blass, Donna Karen among them. Lambert told Marcasiano she wanted her to be a member, and encouraged her to also come to the group’s luncheon. “I remember this luncheon at a very fancy restaurant uptown, and I felt like the little kid that had somehow snuck into the room. But I was very taken and influenced by listening to these designers and what the organization was doing. I was very happy to be a part of that for many years.”

Marcasiano looks back at her career as a fashion designer and her focus on her current work with costume design, and explains the benefit of both. “Fashion is not a collaborative art,” she says. “It’s a pretty pictorial art that’s got its upsides and the downsides. You have to be the one to come up with it all, and then you take either all the applause or the rejection of the sales. It’s all on you, but of course your team is helping you. But working in costume, it’s much more collaborative because you’re talking to the director, you’re talking to the actors, you’re talking to the lighting designer. There’s a lot more people involved in the decision making. Sometimes I miss that autonomy, but on the other hand, there’s a lot of fun to working as a group.”

In 2007, Marcasiano founded the “Made with Love Project.” She explains its genesis and purpose. “I went to Brazil to do costumes for a dance company, and then while I was there, I met a lot of the community where the people lived, and I met a lot of the people’s mothers,” Marcasiano says. “They were all incredible craftspeople and they were doing beautiful things, and I noticed that they had a very local look to them. And I was thinking, ‘How can I help them sell their crafts internationally?’ And then I thought that I could bring some of my design ideas to them and they can produce them, and then I could sell them and use the proceeds to support local charities. That’s how the “Made with Love Project” was born, and then I expanded it to West Africa and Haiti, and right now it’s mostly involved with projects in West Africa.” Also, Marcasiano is involved in other organizations, too. She also produces and curates films in New York City for a number of organizations, including Cinema Tropical, for who she serves as Director of Strategic Partnerships, and also works with the youth theater group IMPACT Repertory Theater Performance Company in Harlem as a Director of Development.

In Spring of 2019 Marcasiano received her Masters Degree from the New York University Gallatin School of Individualized Study. “I graduated from Parsons in ‘77 and I studied art. I’ve always been a good student, but I was focused on the creative side of things. When I started getting involved with nonprofit work, I wanted to learn more about the field and I wanted to be able to bring more to what I was doing.” She applied to NYU and her thesis was based on the type of nonprofit projects that she was involved with. And heading back to school itself? “It was incredibly hard to go back into an academic situation. And because it was so hard, it was unbelievably rewarding, and in some ways it was one of the most rewarding things that I’ve done in my life.”

Marcasiano and her husband, photographer and artist, Ralph Gibson, have been together for over 40 years. “We both travel a lot for our work,” Marcasiano says, “and we try to travel together to the same places when we can. Working side by side together has been it’s great, to have both of us working creatively but in different fields.”

Marcasiano occasionally takes a step away from her career and indulges in cooking. “Like a lot of people during the pandemic, I got into cooking,” she says. “I come from a long line of good Italian cooks, hanging out in the kitchen with my grandmother and my mother, although I didn’t do much cooking myself.” When she and Gibson were in Paris for her September birthday, both decided that she would attend the Le Cordon Bleu Cooking School in Paris for a couple of days and take classes. “It was unbelievable,” Marcasiano states excitedly. “Almost as much fun as getting my Master’s Degree. We were working in a professional kitchen as a team, and it’s really like it is in the movies, where you have to say, ‘Yes, Chef” and be on time, get your dish, keep it going, and I realized that I really loved it. Other than cooking at home, I don’t know what I want to do with that, but I want to go back and take more classes, and it’s something that might be part of my future.”

To learn more about Mary Jane Marcasiano and her work, visit www.maryjanemarcasiano.com.