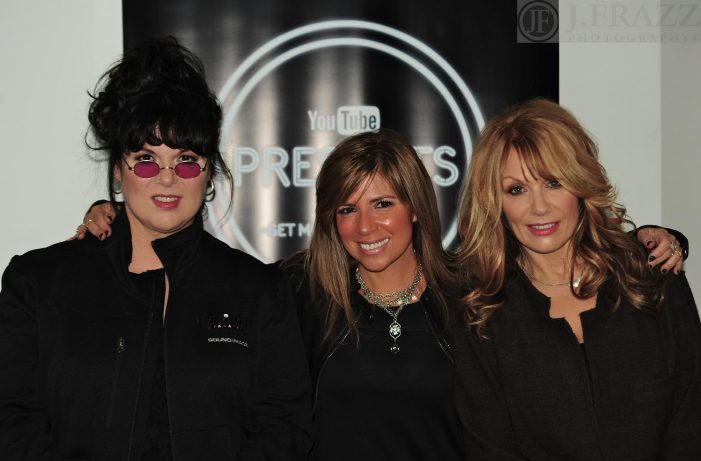 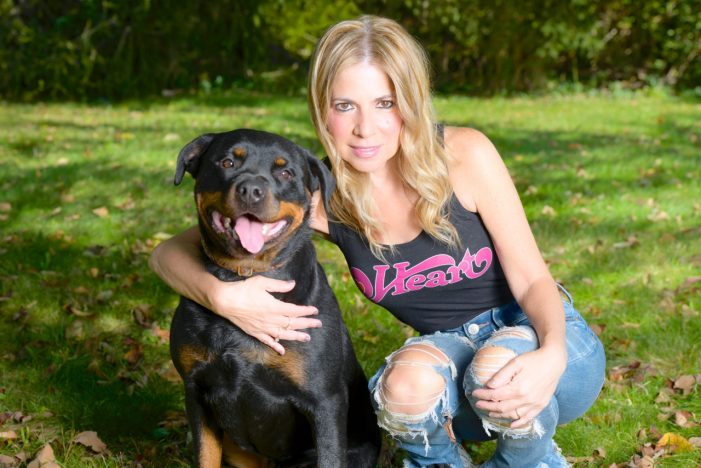 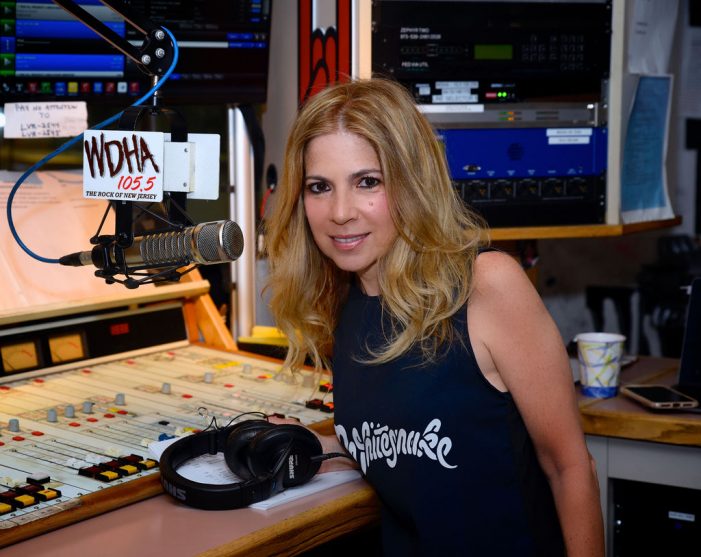 Terrie Carr of WDHA 105.5 FM radio in Cedar Knolls branded herself years ago just by her love of music and the caring life she lives.

And Carr has the world’s best job. “I’m a program director of a radio station, and I run a brand. My job is about two things, and that’s ratings and revenue. It’s a business, so I consider myself first and foremost a music lover, but I’m a businesswoman, and you have to be a businesswoman to be successful in the business.”

When you speak with Carr, who is also on air from 10 a.m. – 3 p.m. weekdays, and listen to the passion she has for music and radio, you know she was destined for her field since she was young. Carr, who attended William Paterson University in the mid 1980s for a brief period prior to leaving for a radio stint, promised her dad that, if the job fell through, she’d head back to school. It never happened. “I was very fortunate to have the most supportive parents, because they were very artistic; they were music lovers themselves, and they could not have supported what I wanted to do more. They were always super supportive of my career,” she says.

Carr’s love for radio started when she was a child. “I thought the radio was the most seductive thing, because there was always a great air of mystery about it,” she recalls. “I wanted to know who those people were, where they were, and who let them talk on the radio. I was a very big fan as a little kid, because as I said my parents were very musical. They loved music: Rolling Stones, Beach Boys, Beatles. Everything was always playing in the house. I loved listening to WABC, Harry Harrison, Ron Lundy – all those deejays I grew up listening to. It’s funny, I used to take my dad’s car keys and go sit in the car and put the radio on, and my dad would say, ‘No, the battery is going to run out!’”

Carr started in AM radio with WRAN of Dover. “I went in for the first time – I worked on Christmas actually – and I just kind of babysat a reel-to-reel player that was playing Christmas songs, and I grabbed the microphone every so often and said, ‘You’re listening to a Holiday Festival of Music,’ and I thought it was the greatest thing that had ever happened to me.” She then worked at WRNJ in Hackettstown, and then headed to WPST in Philadelphia. “It was an awesome place for me,” she says of the latter location, “being a really young, on-air personality. I wasn’t even old enough to drink in bars, and here I had a full-time radio show. That was really exciting.”

WDHA, however, held a special place in her young heart. She started there initially in December 1989. “It was the music that I loved, it was the station I grew up listening to,” Carr says. “When I was able to meet Curtis Kay, he was a person that I grew up listening to, that was very exciting for me. So, DHA was always sort of like the prize for me, because I had such a passion for the station even before I got here.”

Carr, an only child, felt radio was good company for her, and some of that company included Alison Steele, The Nightbird. “I couldn’t believe there was a woman playing rock music on the radio,” Carr says. “She was so mysterious, and she had the wind chimes, and she would say, ‘Come fly with me, Alison Steele, the Nightbird.’ I remember my dad told me that Jimi Hendrix wrote a song (“Nightbird Flying”) about her, and I thought, ‘Wow, Jimi Hendrix wrote a song about this deejay.’” Carr then also tuned in often to another radio legend, WPLJ’s Carol Miller. “They (Steele and Miller) were two of the women that were on the radio, but they weren’t reading the news or traffic or a weather report. They were actually ‘in the music’ like the rest of the men were, and there weren’t many.” She then describes being “in the music.” “You sort of feel like when you’re on the air that you are kind of one with the music you’re playing, because everything is all together. You’re together with the music and you’re presenting the music, so you become kind of one with the music, and that’s what really becomes your radio show.”

Carr’s first run with WDHA ended in 2005, and then she landed at Sirius Satellite Radio for a year, where she did Rolling Stones Radio, and she also had stops at MTV Network, WXAQ Q104.3, and WHTG GROCK prior to heading back home to ‘The Rock of New Jersey” in 2010. Did she ever feel she’d return? “I always thought that I would, I truly did,” she says. “I’ve always felt that DHA for me was a home. And I worked at different radio stations, but there was always something special about this station, and about this station’s listeners and advertising community, and people in the community that I just loved.”

One of Carr’s most popular WDHA features was “Box of Rock,” interviews with rock stars which has morphed into a webisode series called “Reconnect with Rockers.” She explains. “It’s a 20–30-minute Zoom hang, so they’re like little mini-TV shows. I’ve had everybody on from Nancy Wilson of Heart to Rick Nielsen of Cheap Trick to every great guitar player, like Steve Vai, and Michael Anthony from Van Halen. Everybody has been on with me – we’re probably about almost 300 webisodes in, and it’s been awesome. We update it every week with new artists. It’s been amazing. I’ve had the chance to speak to some of my idols, like Suzi Quatro.”

Very close to Carr’s heart is her work with “Rock ‘N Ruff,” a feature that she started at another radio station, where she encourages pet adoption and finds homes for cats and dogs who need them. “We do a lot of work with the rescue community,” Carr says. “There was a statistic that somebody once gave me where they said something like two million dogs and one million cats at the time were euthanized every year through no fault of their own – and they were highly adoptable animals. And that was a figure I just couldn’t get out of my mind. I said to myself, ‘This is just horrific! What is anybody doing about this?’” Carr took action, suggesting to local animal shelters that their cats and dogs be transported to the radio station, where they could be seen via photo in the studio, outdoors, or on a sofa on the station website. “They (animal shelters) take the best care that they can, but I wanted a different perception. People would say, ‘Oh my God, what beautiful animals. Where did you get them? How much did they cost?’ You can get them at the animal shelter. I just wanted to use my voice to spread the word. Instead of spending $3,000 for an animal, why not adopt? Pay the adoption fee which is usually $100. You want something big, something small, you want something young, you want something older, you can find it at the shelter.”

Carr is quick to point out that WDHA is not just a north Jersey station. It’s heard in 12 counties. “We have a giant audience, and we really have been for almost 50 years a part of people’s lives. We have first generation, second generation, and third generation WDHA listeners. It’s a generational way of life for a lot of people.” Those listeners were always a huge part of what she did, and her invite back to the station she wholeheartedly embraced. “When they invited me back, I could not have been happier, and I could not have said ‘Yes” fast enough. I was super excited to come back!”

Carr enjoys doing what she loves, and most of that is because her audience is along for the ride. “I always say to our listeners, ‘My show becomes your show,’ because that’s what my station is about. My station is about listeners, community, and my artist’s community. All of our artists feel a very, very strong connection with this radio station; a lot of big names have passed through here and always make time to come by and see us. And it’s our advertising community, too. So, it’s kind of three prong for me, but it’s part of us all collectively being in the music together, and I don’t think that people have any more passion when you’re a music fan than for the music. To become one with the music definitely makes for a better radio show.”