ON THE AIR with Marauder Madness (TV3) 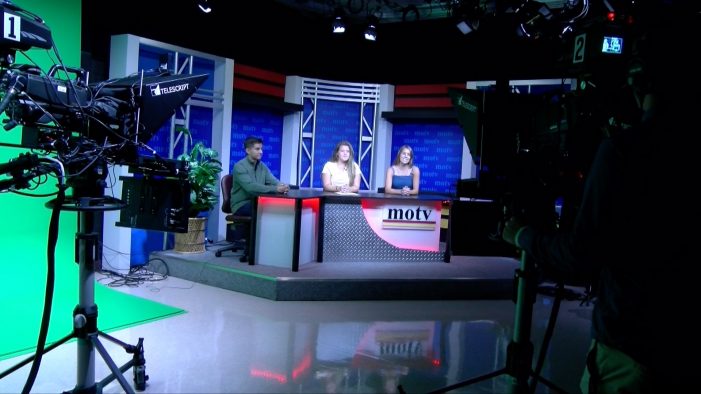 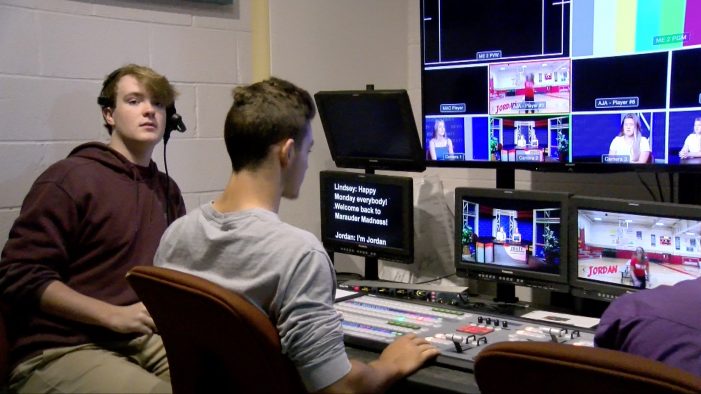 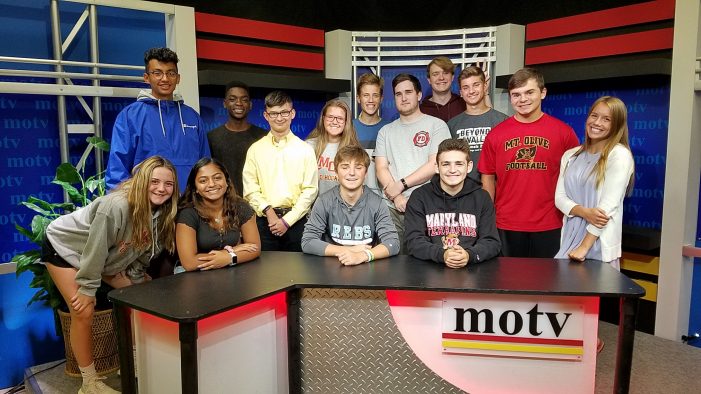 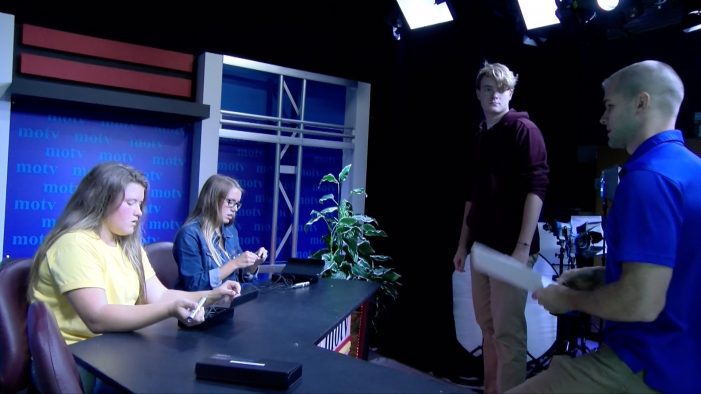 Three days per week, 11th and 12th grade students in the TV Production 3 (TV 3) course at Mount Olive High School venture to school at 6:30 a.m. to prepare for and present a live morning show. The show airs at 7:20 a.m. Monday, Wednesday, and Friday on FIOS Channel 32 and Cablevision Channel 21. 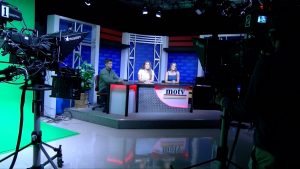 “Everything that goes into a show professionally happens here,” says Chris Praml, who is in his 11th year at Mount Olive High School and wears a few hats. He is the teacher of Television/Video Production, MOHS Communications Honor Society Advisor, Marauder Madness Advisor, and MOTV Station Manager. “Students are in charge of every aspect of the show.  From show structure and scripting to concept creation to production and execution of their ideas. They work all the crew positions and equipment that are needed to produce and distribute their show.”

The full name of the course is  Marauder Madness (TV 3), and Basic Television Production (TV 1) and Advanced Television Production (TV 2) are prerequisite courses.  All of the before mentioned are full year courses and attaining at least a B+ grade in both TV 1 and TV 2 are required prior to taking TV3. Marauder Madness (TV3) teaches all aspects of creating and broadcasting a live news show. “From scripting and pre-production,” says Praml, “to working all crew positions in the studio during the production and distribution of the show, to planning, recording and editing all the segments for the show.” The course also teaches and encourages global communication and job skills, real world experience, teamwork and respect, time and stress management, self-motivation and independence, and creativity (thinking outside the box.) 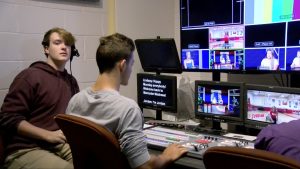 working with kids in addition to all the technical challenges of a TV studio.” Praml, who actually studied television production while a student at Livingston High School and then proceeded to major in Communications and Broadcasting at William Paterson University, explains in brief the process. “The kids come in at 6:45 in the morning for the morning show and we shoot for three run throughs before we go live at 7:20, and when we do the show we have a master control that switches over to the school and the community and programs it over the channel.”

Lindsey McLaughlin is a Marauder Madness student. “A single show has tons of behind the scenes work to make each thing possible. Segments have to be pre-recorded, edited, and exported and scripts have to be done a day in advance. Once these are prepped for the show, everyone must prepare their specific crew position so that everything runs smoothly.”  Connor Nelson adds, “I would say the best thing about the course is the freedom it gives you. Not just freedom to walk around the halls and leave the school, but creative freedom as well. We have a lot of fun creating things that we enjoy and want to share with others.”

The next step is TV 4, for those students who have decided that this is the career that they’d like to be their future. Praml’s former students – many who are enshrined on a Wall of Fame in his office — have gone on to Amazon and NBC, some are Directors in Missouri or camera operators in Texas, control room operators in California…the list goes on.

Student Jordan Pettenger adds, “I decided to take this course because when I go to college I am looking to Major in communications/film and media. Before taking this class, I was thinking that this would be easy and not much had to be done, but now that I am in TV 3, I realized that there is so much work put into this field, and that I will really have to apply myself next year, and in college as well.” 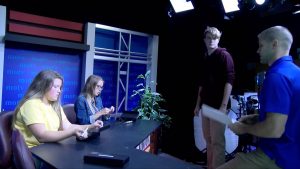 Per Praml, TV 3 is more than about television production. “They (the students) have to understand how to work together as a crew, and how to develop these skills you’re going to need no matter what career you go to. So, if you don’t go into TV, you’re still going to understand how to work with people and be respectful and have time management – all those types of things, I don’t care where you go, you still need it.”

Marauder Madness videos can be viewed at www.youtube.com/TheMarauderMadness.