One Afternoon, Hundreds of Acts of Love 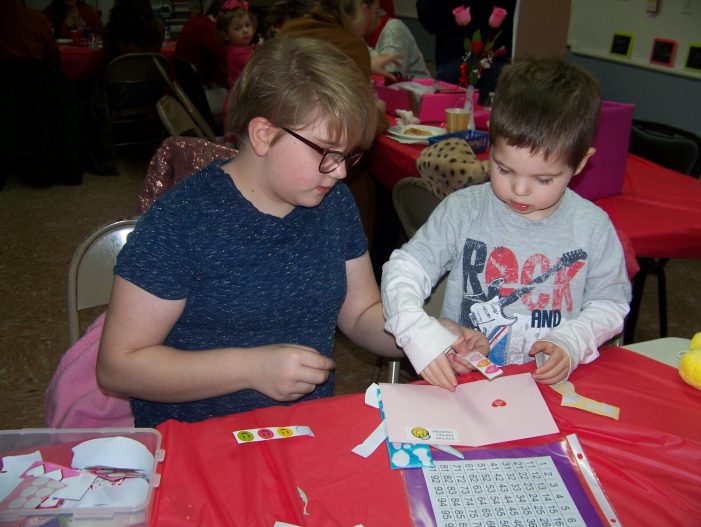 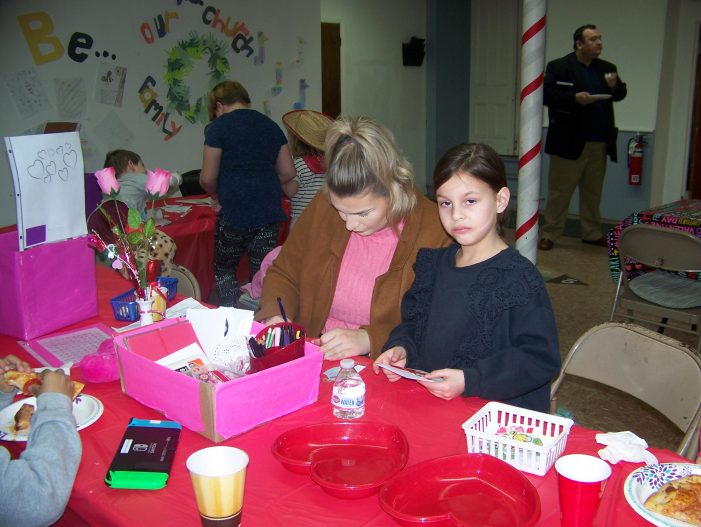 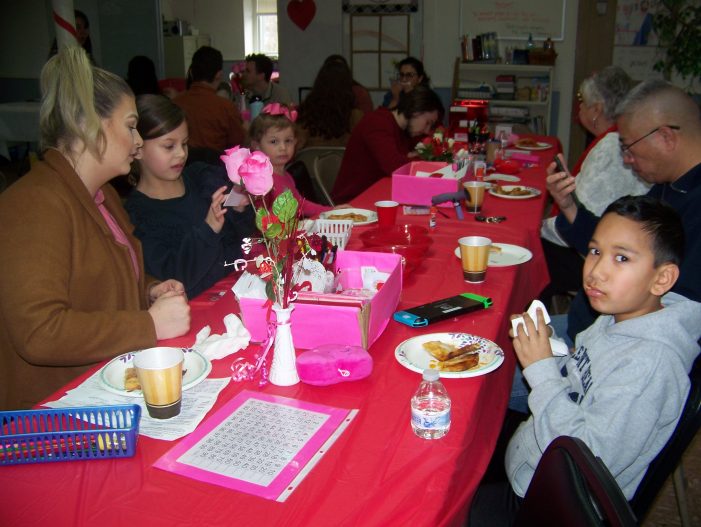 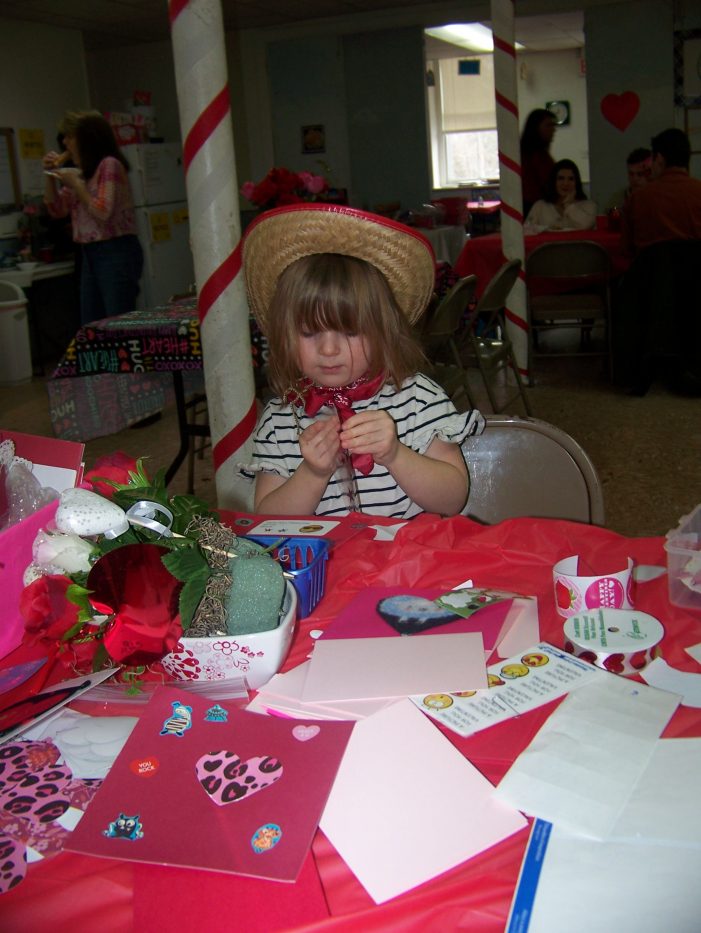 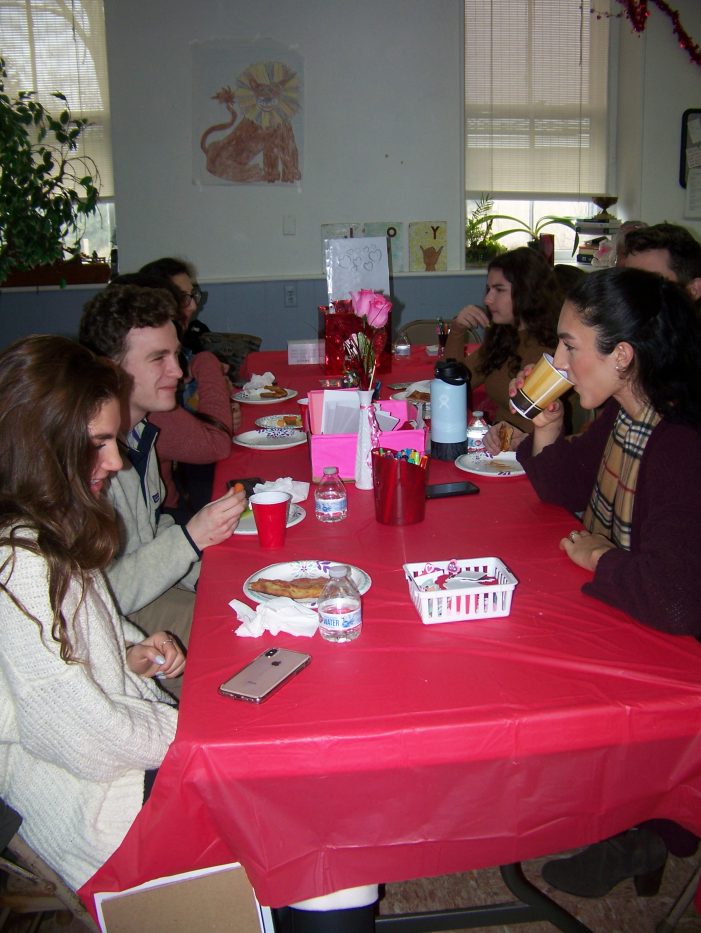 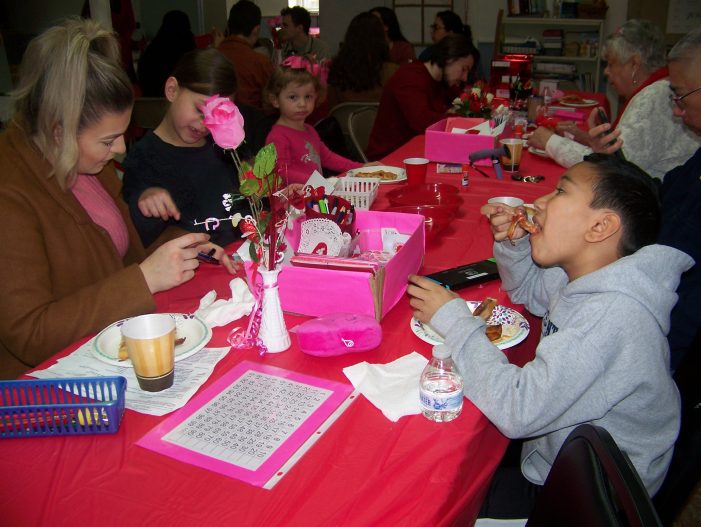 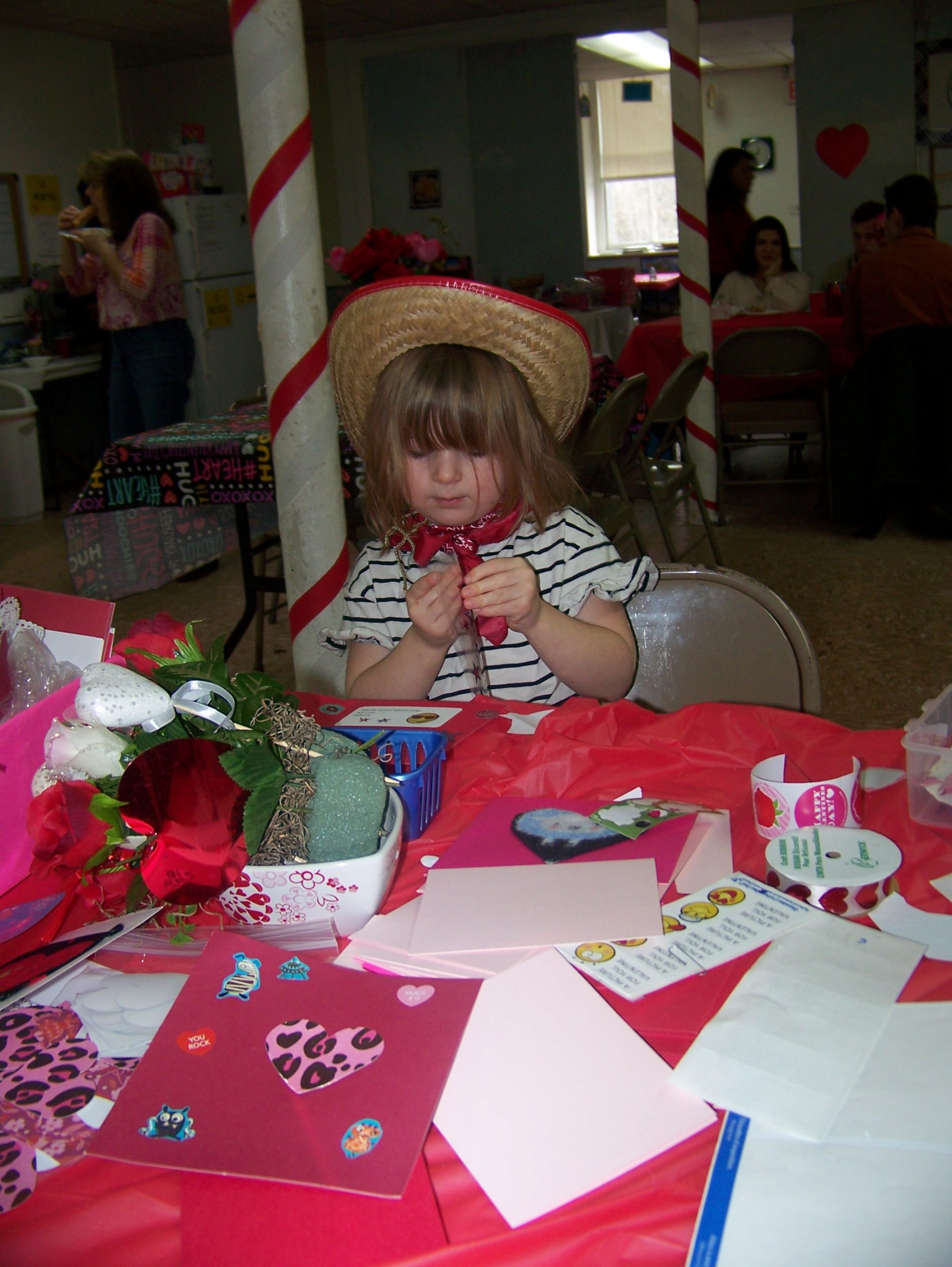 Papers, crayons, cut-out hearts, glue sticks and stickers.  These are not the type of things that people associate with Super Bowl Sunday.  However, those items were an important part of this past Super Bowl afternoon at the Port Morris United Methodist Church in Landing.  For about two decades. families and friends have come together in the church fellowship hall on Super Bowl Sunday afternoon to make valentines for residents of area nursing homes, homeless veterans and deployed military. This year was no exception as people gathered ready to have a good time and to create cards to make others smile.

“The story behind Valentine’s Day is a fascinating account of deep love, steadfast faith, and God-given courage.  Valentine’s Day is a day that has an enormous significance for the Port Morris church,” shared its pastor, the Rev. Dr. Nick Petrov. Petrov started the event with a prayer, asking that the receivers of the cards be blessed.

Hundreds of valentines were made that day.  Coordinating the event, as she has for many years, was Stanhope 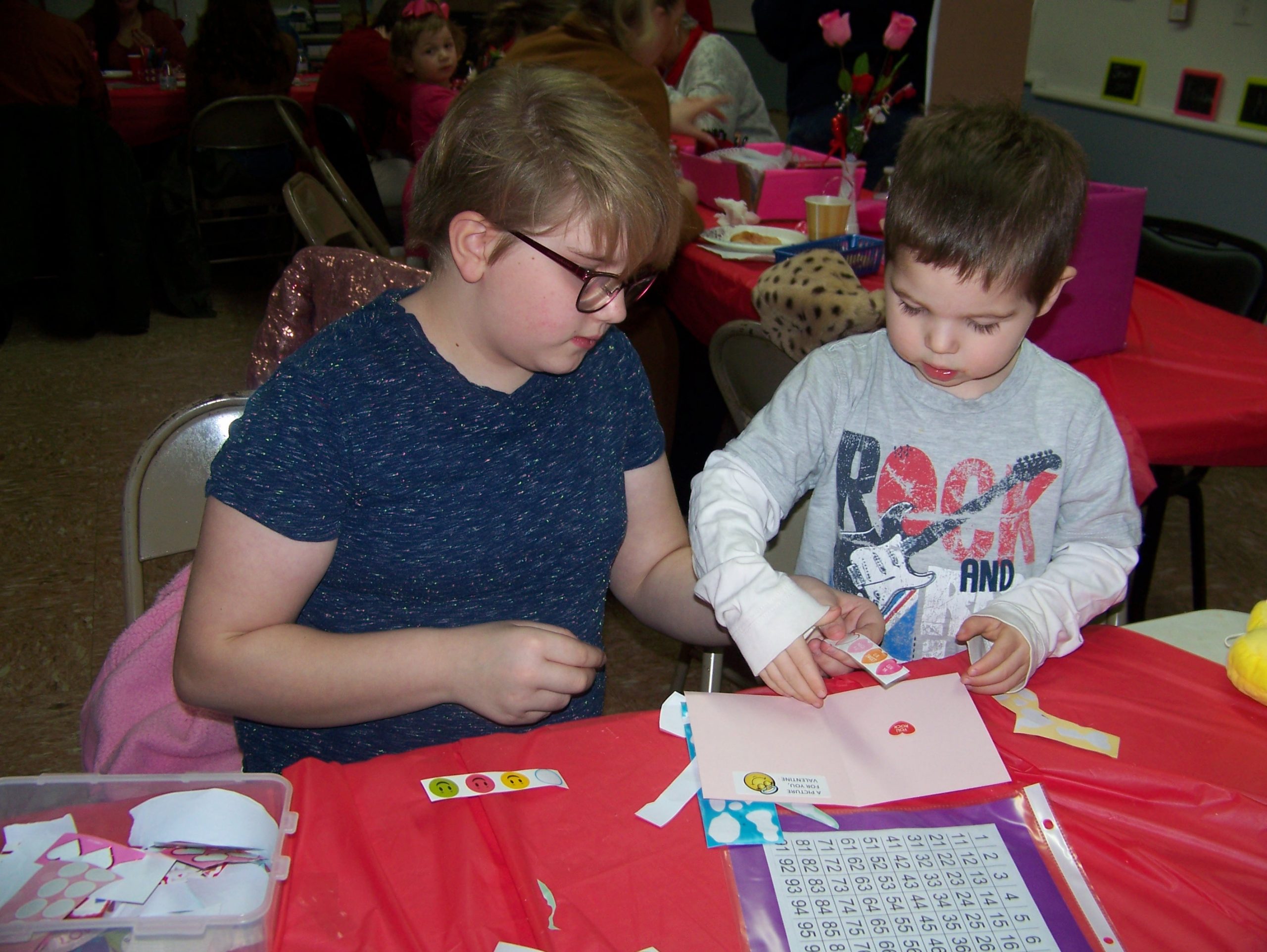 resident Tina Berchak. Berchak organized the food for the event and was responsible for collecting and arranging the variety of items needed to make a good valentine.  She also acted as a type of “coach”, cheering on groups during the event. In keeping with the true competitive spirit of the day, those participating sat at tables which each designated one team. The goal was to see which team made the most valentines by the end of the event. 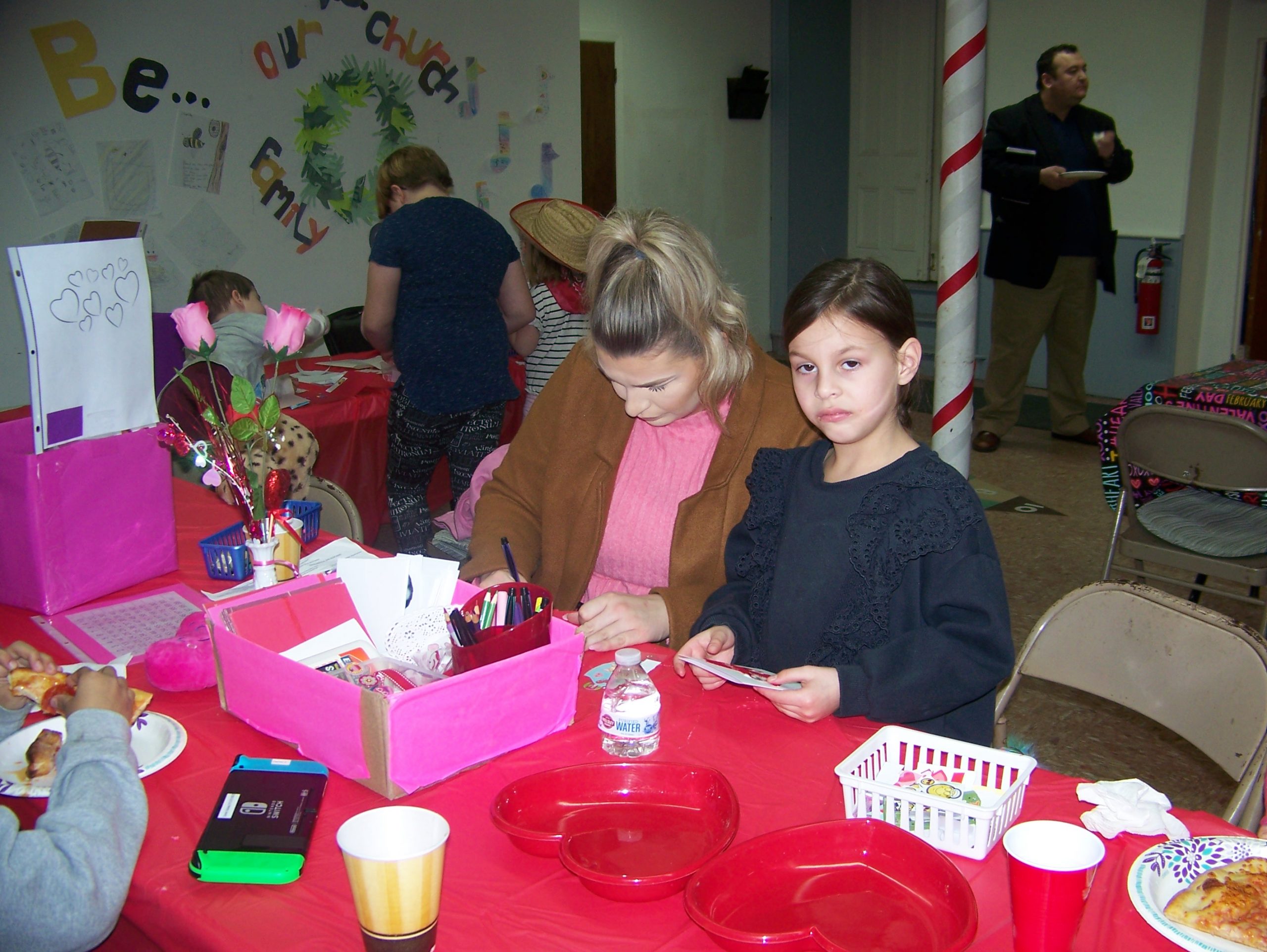 “It’s not hard, nor expensive to craft a nice Valentine’s Day card of love. All it takes is some willing helpers, some supplies, and a creative idea,” said Petrov

The valentine makers ranged in age from toddler into their 80s. Generations sat side by side, sharing conversation and their creations.  Berchak noted that one of the moments that touched her was when a toddler asked her to trace his hand onto a card.

“When I showed that to the group, they all sighed because love never goes out of style.” she said.

One of the recipients of the cards was a soldier deployed overseas.  The church has a soldier ministry through which 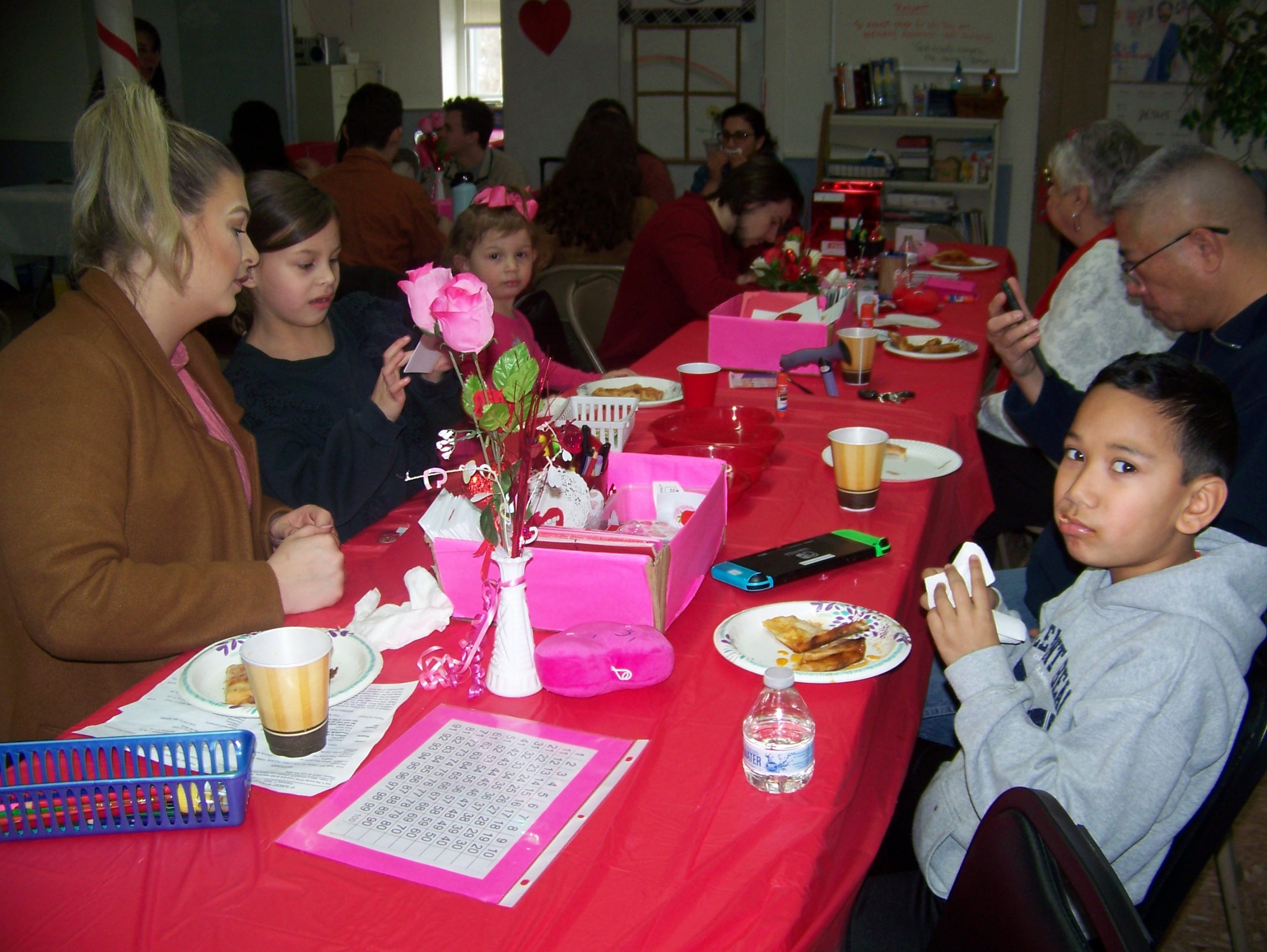 it collects and sends boxes of goodies to deployed soldiers.  It has one soldier it is supporting right now. Valentines were put together and sent to that soldier to enjoy and share with others serving with him.

Besides the valentines that stayed in the area for nursing homes and that go overseas, cards were given to Operation Chillout in Long Valley to be given to the residents at Vets Haven North, transitional housing for homeless veterans.

Ron Kasilag, of Hopatcong, who made valentines with his wife Jennifer and son, Daniel, said, “It was a good way to spend time with my wife and young son for a worthy cause. Making Valentine’s Day cards for the intent of making someone smile and feel special is a small act of kindness which sets an example for our kids on ways we can do something good for others.”