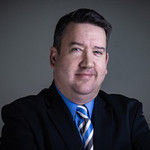 Democrats always seem to be the heroes in the copy of so-called “mainstream” media outlets. Republicans often emerge as the villains who squash everything noble and good. Leftists are typically described as the reformers who somehow lack an ideology.
Take a March 15 story that led the national section of The New York Times. The headline was “For Voting Rights Advocates, a ‘Once in a Generation Moment’ Looms,” with the subheading “Opposition to restrictive Republican voting laws — and support for a sweeping Democratic bill — fuels a movement like none in decades. But can it succeed?”
Leftists are described as “voting rights advocates” who are having their “moment.” That’s because Democrats are in control of everything; they have a “sweeping” proposal to fight those “restrictive” Republicans.
You can witness more of this careening tilt in the opening paragraph, written by supposedly objective reporters Nicholas Fandos and Michael Wines: “State and national voting-rights advocates are waging the most consequential political struggle over access to the ballot since the civil rights era, a fight increasingly focused on a far-reaching federal overhaul of election rules in a last-ditch bid to offset a wave of voting restrictions sweeping Republican-controlled state legislatures.”
So, Republicans are pushing “restrictions” that can be slimed as curtailing “access to the ballot,” as happened during “the civil rights era” (ahem, “racist”).
The reporters then laud the Democratic bill as a “landmark national expansion of voting rights.” Democrats often propose “landmark” legislation. That’s part of how The New York Times and other outlets advertise — less than subtly — for Democrats.
Out of 35 paragraphs in this story, the vast majority describe how “advocacy groups” such as Progress Arizona and Black Voters Matter are lobbying for the bill. President Joe Biden’s “got to have his Lyndon B. Johnson moment,” the Black Voters Matter executive director says. (Republicans were again tagged as voter-repressing bigots.)
Only one paragraph features a Republican argument against H.R. 1: that the bill is a “cynical attempt by the left to put their thumb on the scales of democracy and engineer our laws to help them win elections.”
That quote was preceded by a warning not to believe the GOP: “Republicans are still inflamed by Mr. Trump’s false claims of a stolen election and the party’s unified message that voting restrictions, many of which fall most heavily on minorities and Democratic-leaning voters, are needed to prevent fraud, which studies have repeatedly shown to barely exist.”
These scribes don’t apply the word “controversial” to H.R. 1. There are no polls cited to show where the voters land on the matter. A recent survey by the Honest Elections Project, for example, found that 77% of respondents believe voters should be required to show a photo ID when they vote. A McLaughlin & Associates poll found 81% support a photo ID requirement. H.R. 1 scraps that.
The McLaughlin poll also found 85% support for “requiring signature verification for any mail-in ballot voting.” H.R. 1 would ensure states could not enforce any witness signature or notarization requirement for mail-in voters.
The Times vaguely mentions “the Republican voting agenda,” saying that it included “curbs on mail-in and early voting and stiffer voter ID requirements.” They favor “curbs” and “stiffer” requirements, not ballot-integrity measures.
This Times story doesn’t really explain what’s in this nearly 800-page bill. But it passes along the Democratic flatulence about “the rollback of voting rights” being “an existential threat to the democracy on which all other liberal causes, from gun control to health care reform, depend.” Is this a “rollback of voting rights”? Or just the left’s agenda?
“Repressive voting bills” are supported by the majority of voters, but liberal journalists really don’t care what the polls say. Journalism and liberalism are inevitably linked.
Tim Graham is director of media analysis at the Media Research Center and executive editor of the blog NewsBusters.org. To find out more about Brent Bozell III and Tim Graham, and read features by other Creators Syndicate writers and cartoonists, visit the Creators Syndicate webpage at www.creators.com.
COPYRIGHT 2021 CREATORS.COM