Paige Monaghan: Soccer is in her blood 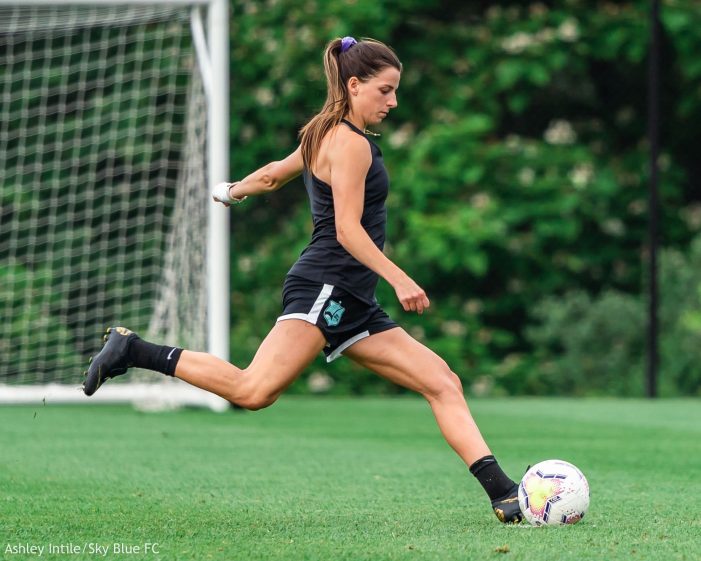 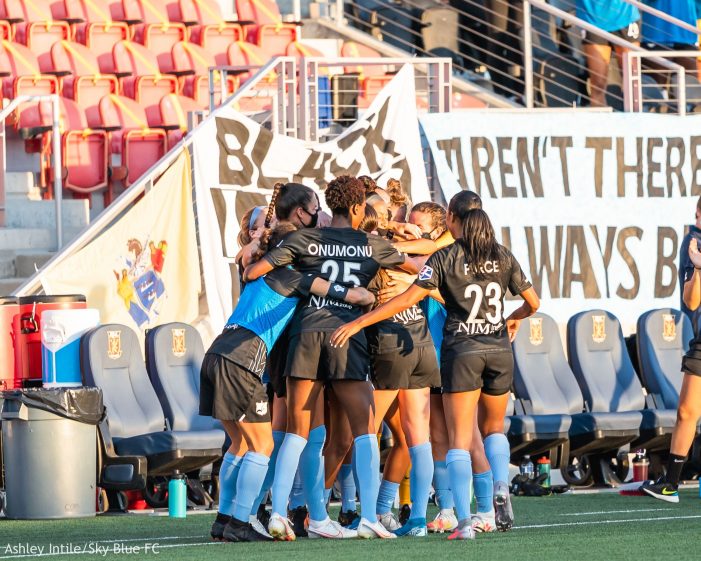 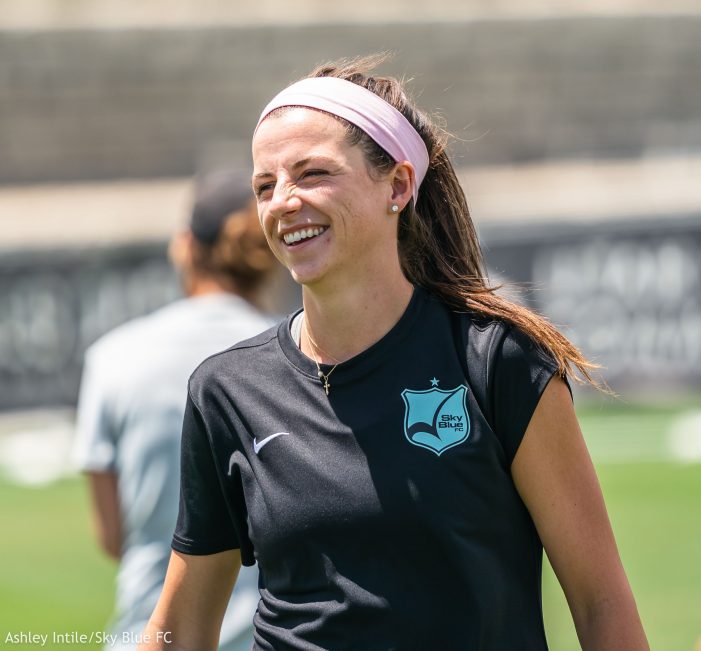 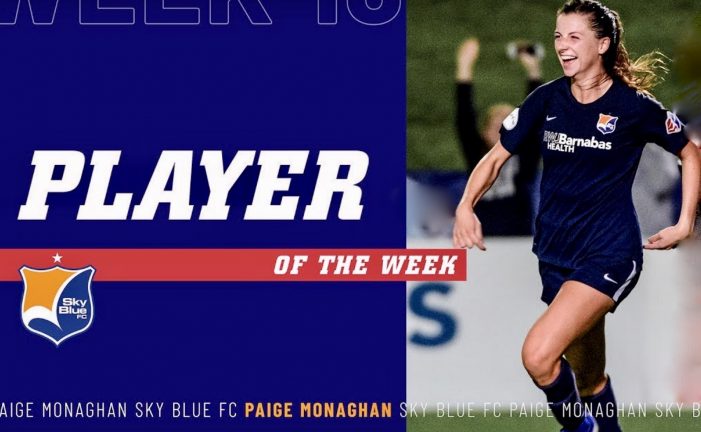 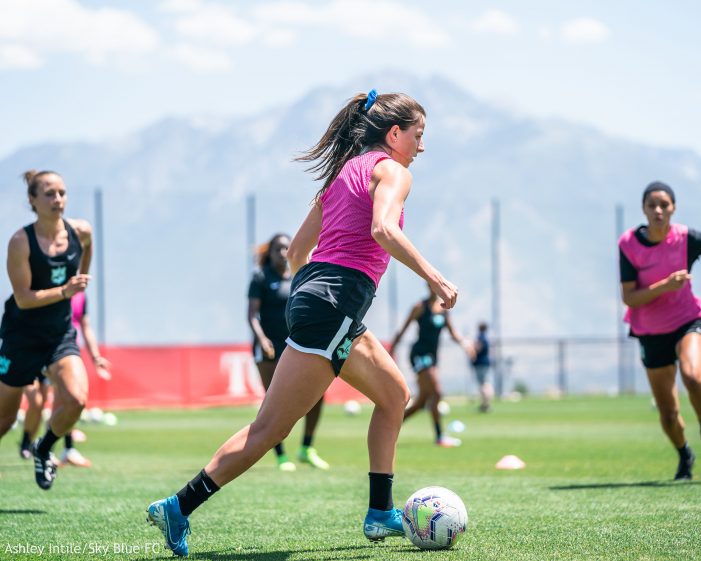 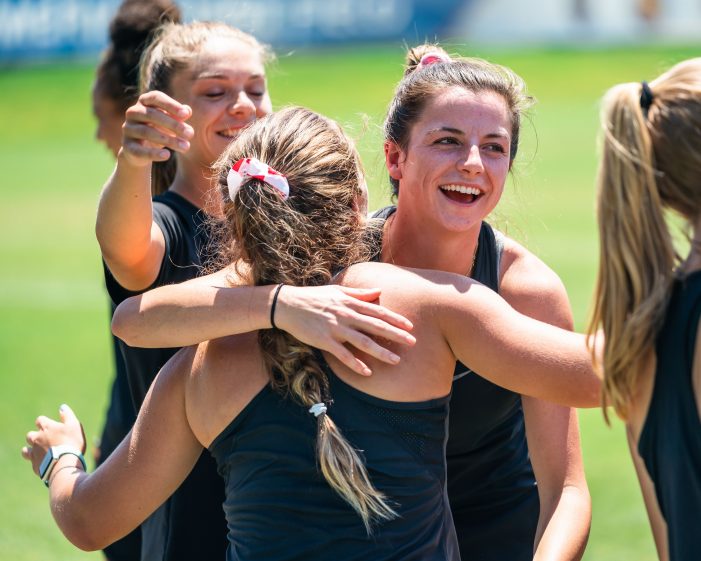 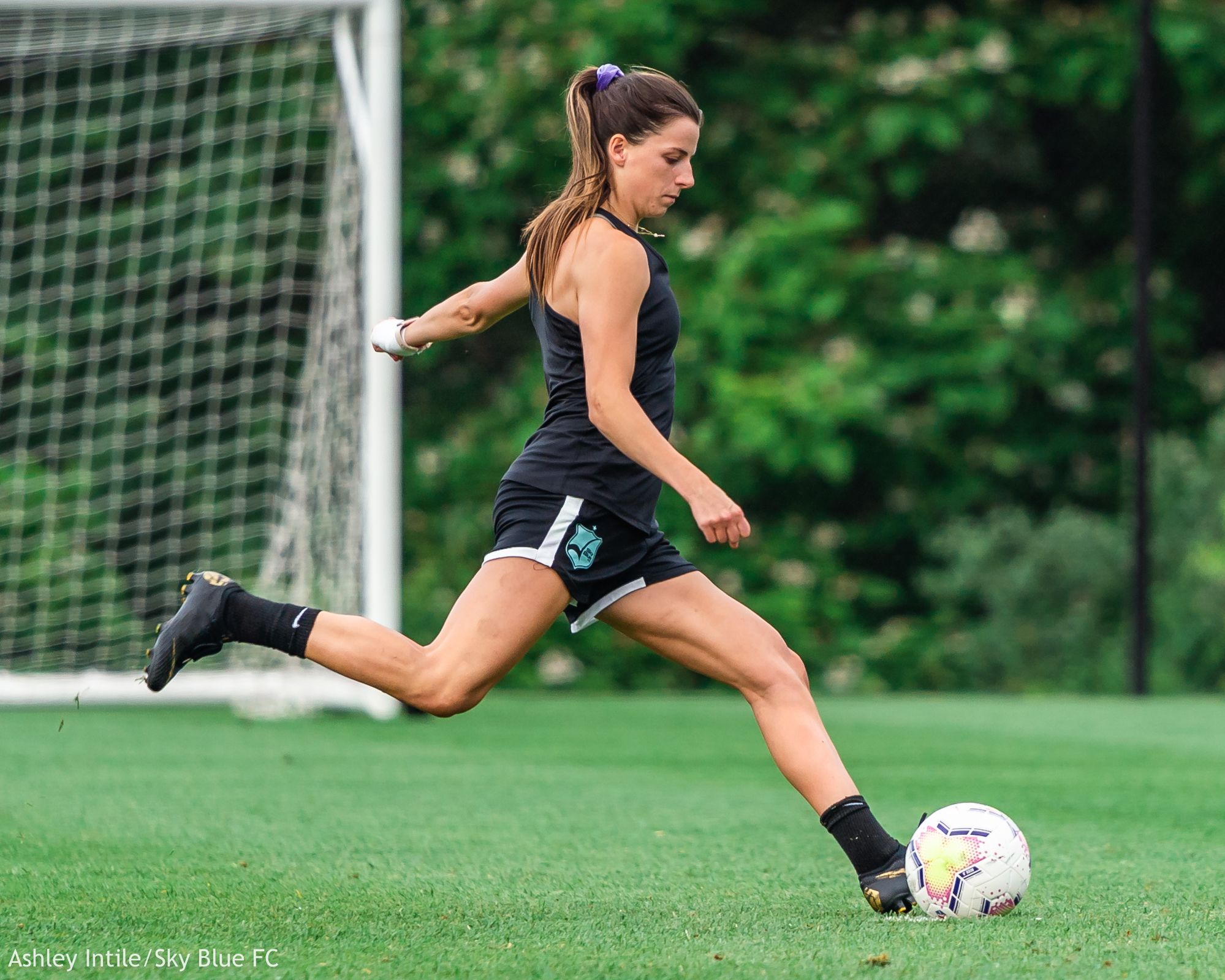 As far back as Paige Monaghan can remember, she has lived and breathed soccer.

That love translated to an electrifying October performance from Roxbury’s own star forward, whose two goals and an assist earned her ‘Budweiser Woman of the Week’ as Sky Blue FC closed out their NWSL Fall Series campaign with a victory.

“A home game with my team; a beautiful day in New Jersey, literally no complaints going in, we just clicked,” Monaghan says.

She is proud of their success on the field, from the back to the front line and happy they were able to get it done.

“I was thrilled (we) ended on a positive note because lots of championship games and hopefully we’ll be in those next year,” she says. 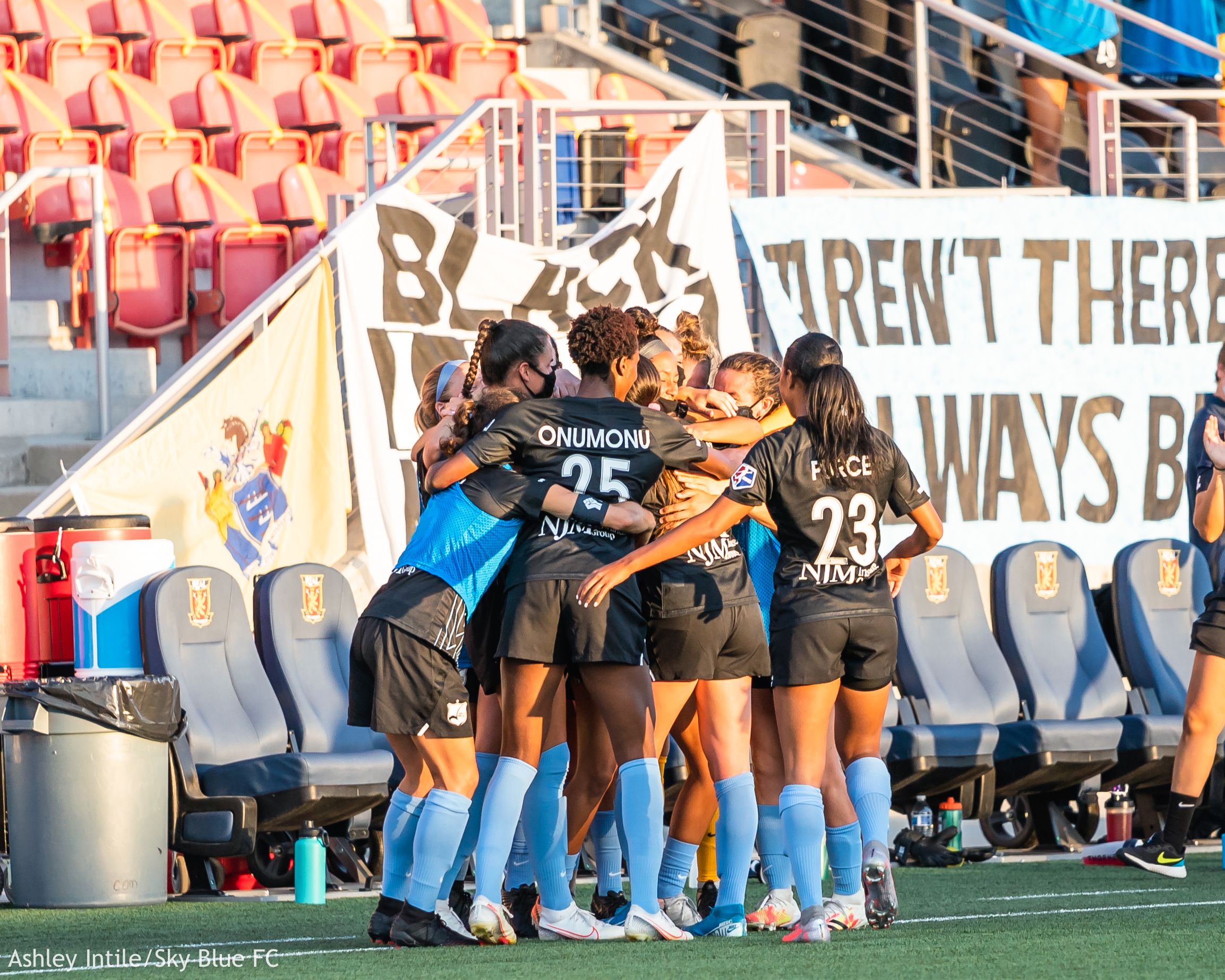 The Woman of the Week accolades are the second of Monaghan’s career; in the 2019 season she scored a brace against Chicago.

“I approach every game the same way but Chicago is a great team, I respect them, we know they’re going to come off strong technically every single time. So really it’s just one of those games you have to roll the sleeves up for,” says the forward, of getting into the groove with the Red Stars.

Monaghan launched her soccer career right out of college.

“I actually was at Butler (University) for 3 1/2 years.  I did my four seasons — which is in the fall but graduated early, that way I can get drafted,” she says. “I was drafted in January, reported to Sky Blue in March and by then my school was complete.”

That experience was everything.

“The draft is incredible,” Monaghan says. “To go back — I was getting called into US camps and it started to become 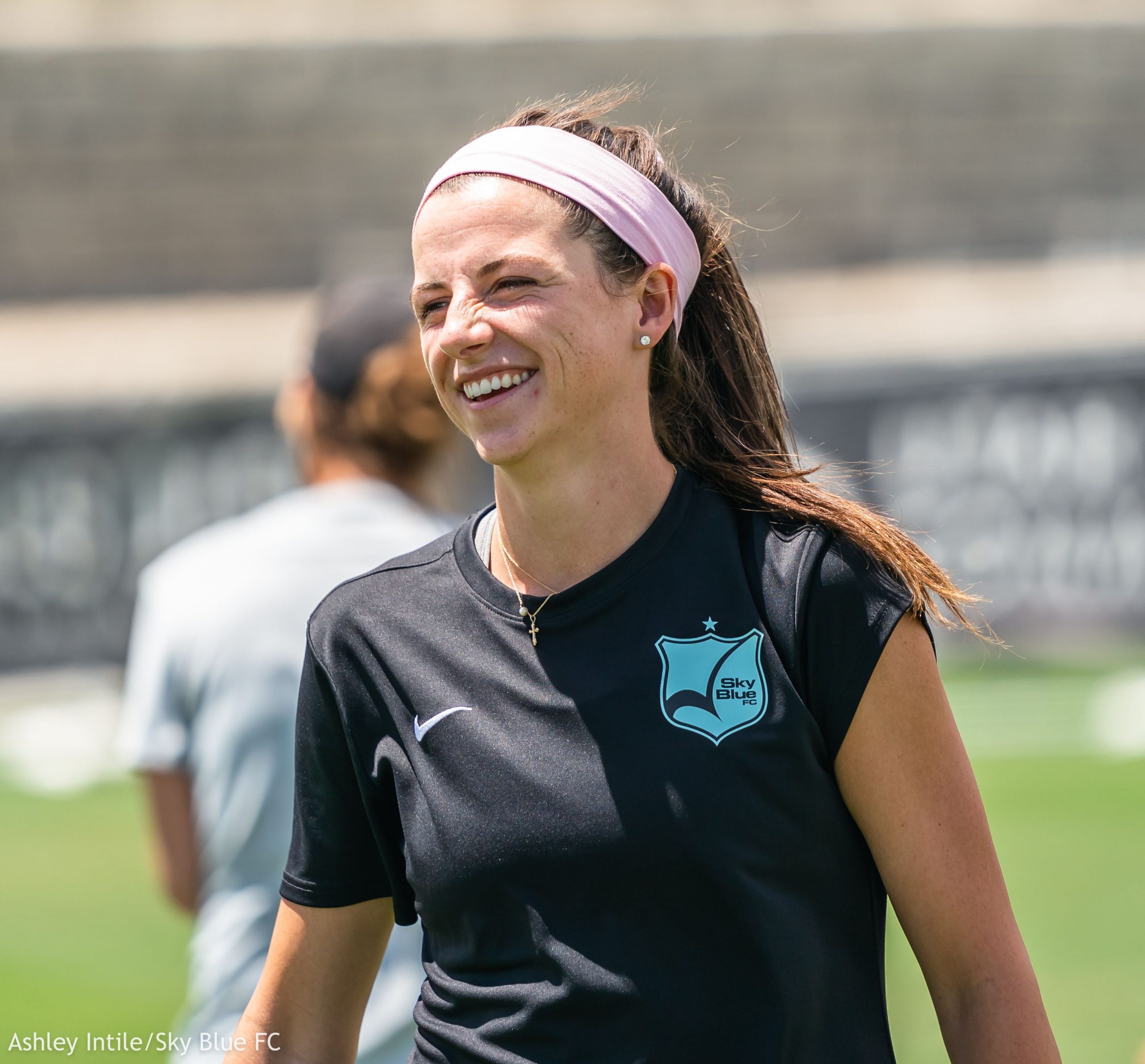 a reality that I was going to play professional soccer.”

But she didn’t know if she was going to get drafted in the NWSL because it’s the best league in the world right now, according to the forward.

“I really had a lot of uncertainty but I knew I wanted to play, so being at the draft and getting drafted #10 overall — I was shocked when they said my name,” says Monaghan. “It was definitely an honor and I was so excited to represent Butler, my family and to kick off my career in New Jersey and be a part of Sky Blue.”

According to the forward, her rookie year had its ups and downs, which is expected.

“But I really learned a lot and think I was fortunate that I just jelled immediately with the team and started making an impact right away,” she says.

And growing up in the Garden State, the forward had a fantastic foundation playing at Players Development Academy (PDA – the premier club in Somerset). 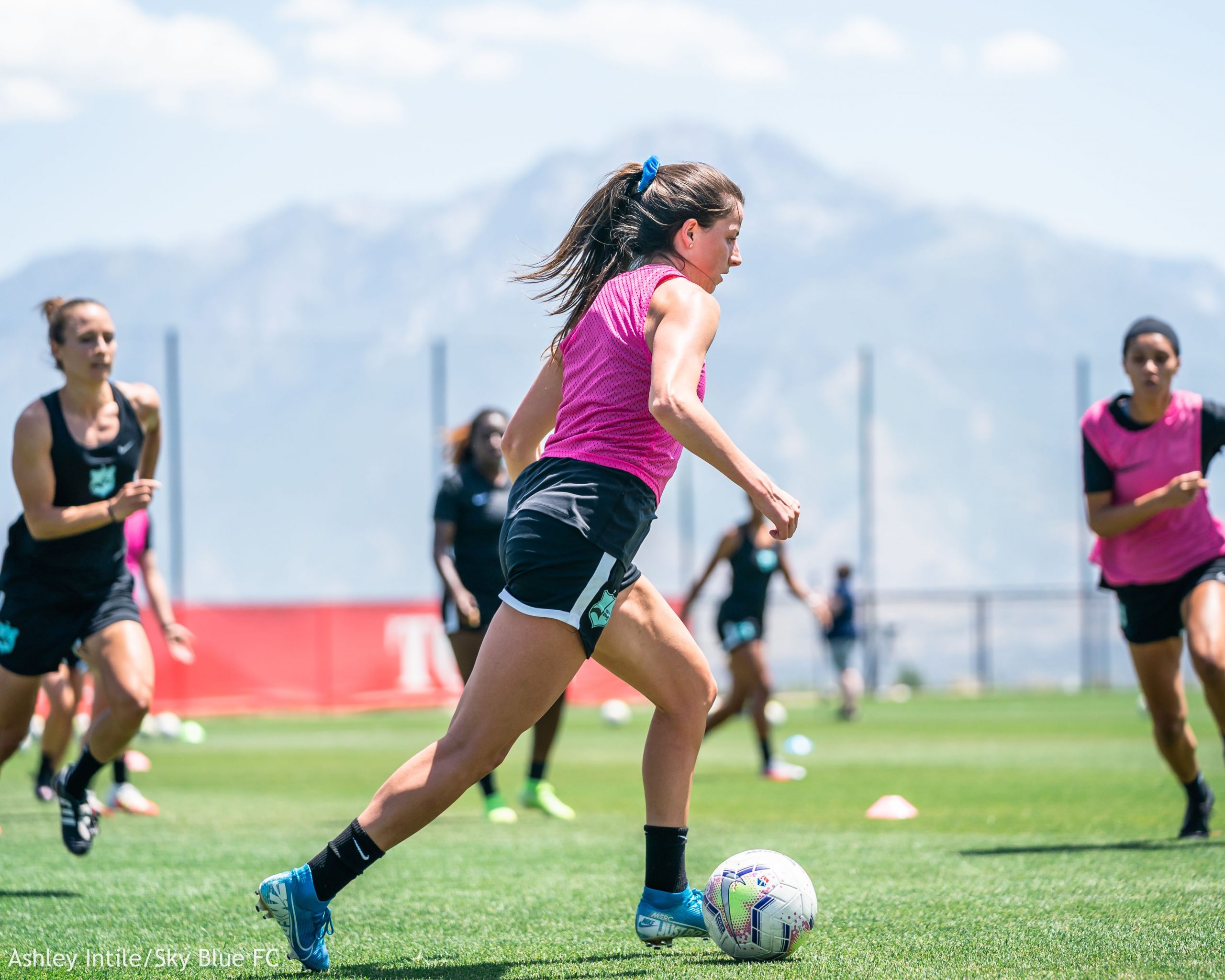 “To play for them and for that Jersey grit is awesome,” Monaghan says. “I went away to Butler, which was a great experience in itself but there’s nothing like Jersey; that sense of pride being an East Coaster and just to be here and doing what I love in front of people I love everyday is simply incredible.”

“It’s something I’ve always been interested in,” says Monaghan. “In high school I was good but my parents taught me to never settle and to just keep chasing. “So if you told me then ‘you’re gonna be playing professional soccer with Carli Lloyd,’ I would have laughed because the closest I got to Carli Lloyd was a poster on my wall.”

That led to a productive high school soccer run at Roxbury.

“I wanted to excel and grow and I would miss things for soccer because that was my priority,” Monaghan says.

She has such love for the sport.

“It’s something you can get better at individually but when you click with your teammates, just like the game in Chicago — there’s nothing like it,” says Monaghan. “I’m surrounded by a lot of colorful humans both on and off the field. They are great people who are so selfless and work so hard every single day; I think it’s inspiring and means the world to me.”

The forward cites her mom and sister as her source of inspiration.

“They have been my cheerleaders, whether I was a deer in headlights on the soccer field or scoring goals, they have 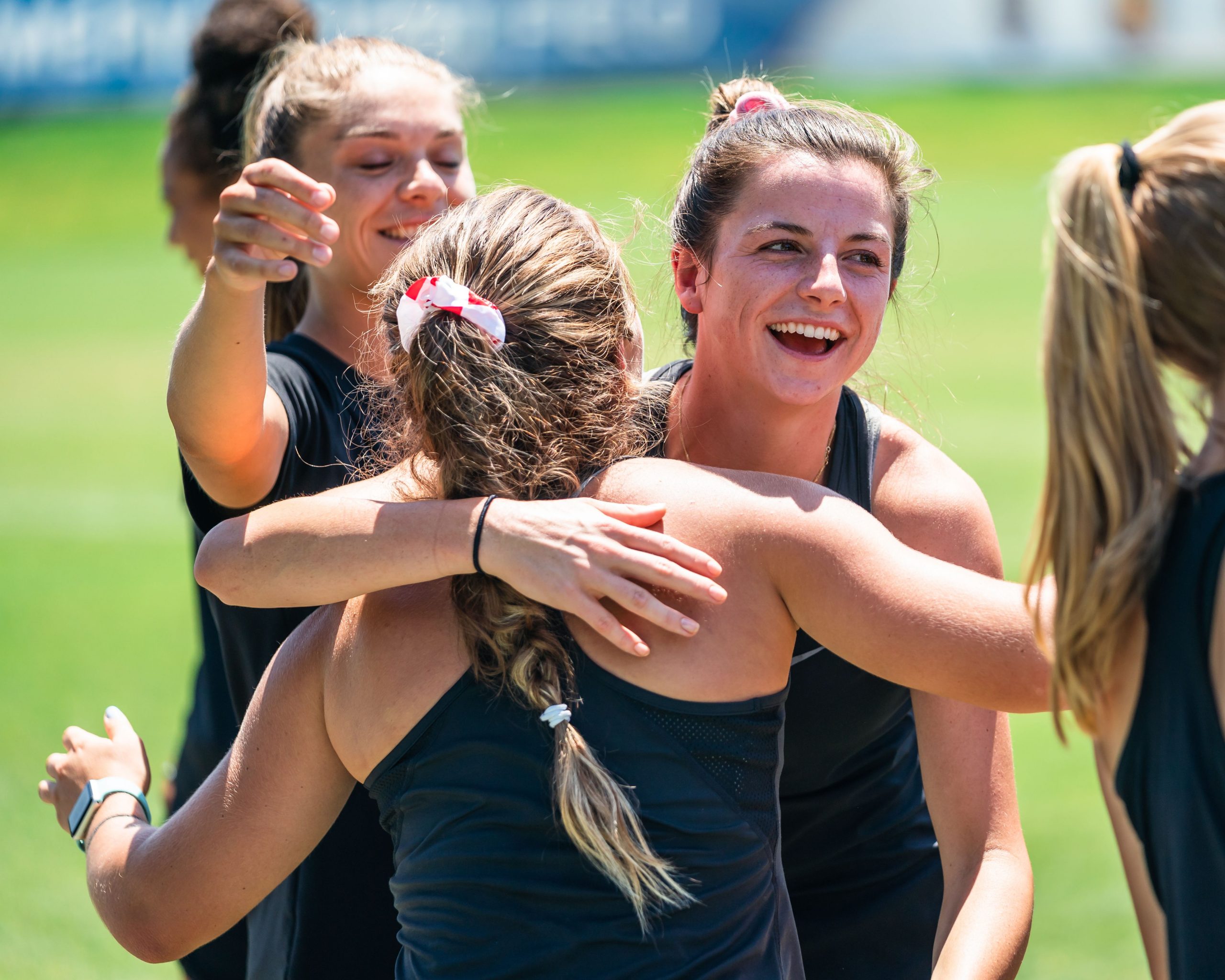 been there,” Monaghan says.

“My family is my rock and I truly mean that,” she says. “Early on in my career I remember having a family meeting that I need PDA but it’s gonna take a lot of money and time and commitment.”

Everyone, including Monaghan’s siblings, got on board — even when soccer tournaments became family vacations.

“I still get choked up talking about it because for them to put my dream above anything else — and they’ve always been so happy and positive,” says the forward.

And she also feels very fortunate for one of her Butler co-head coaches, Tari St. John.

“Powerful, smart, intelligent, beautiful on the inside and out,” says Monaghan of St. John. “To have that in college was such a crucial role and to know that I could be unapologetically myself; she taught me to be that way.”

As someone who has walked the walk, she encourages other young girls with a love of soccer to ‘believe in yourself.’

“I think we have this opportunity and we’re very lucky for that,” the forward says. “There are a lot of soccer programs available. I played for my town team all the way up to eighth grade but for a long time I was just a kid who loved playing the game.”

There will be people along the way who will say you’re not good enough but when you get opportunities ‘just go for it,’ says Monaghan.

“Now I’m a professional soccer player getting interviewed,” she says.

The forward’s days look like this: wake up at 7am, meal, stretch, head over to Red Bulls Practice Facility in Whippany, activation treatment, then training.

“There’s a lot to do in preparation for an everyday, normal practice,” says Monaghan. “We train, come home, food, and then usually some more treatment. Whether that means I’m going back into the facility for some extra care or just on my own, rolling out ice baths, sometimes meetings, dinner and then we repeat.”

She says a good athlete never lets themselves grow complacent.

“I mean I did score a header in the last game but that’s one thing I want to get better at (in this off season),” the forward says. “Then off the field, I think there’s a lot that goes into it mentally. I want to be as mentally sharp and positive and focused as I can because it’s been such a heavy year.”

When Monaghan has down time she heads back home to Roxbury.

“Usually that entails my family and a cup of coffee sitting on the front porch,” she says. “Afternoon coffee time is a big thing in the Monaghan household, so that’s one of my favorite things to do —just being with them.”

And what’s next for the soccer star?

“I’m preparing for next season,” says Monaghan. “Just want to be the best player and the best teammate I can be — so a lot of soccer right now and hopefully for years to come.”