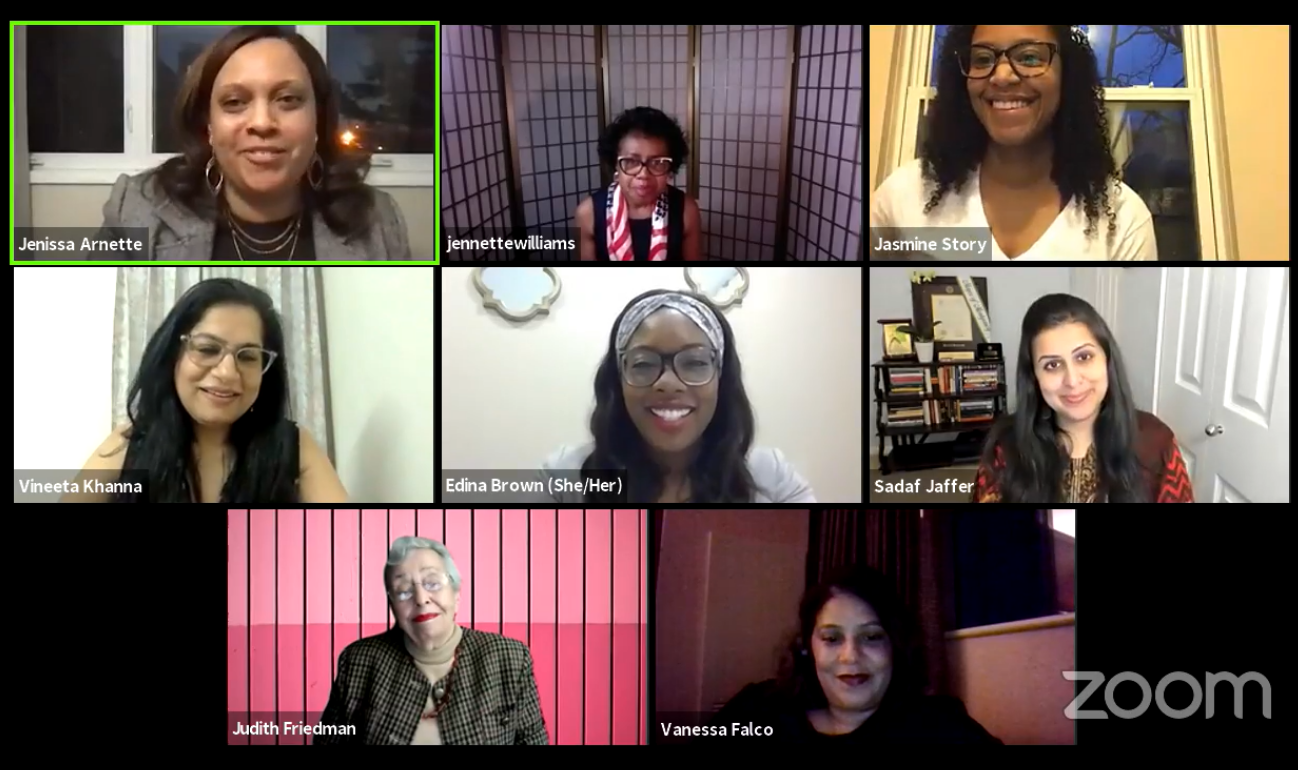 Although each panelist shared unique, formative experiences that compelled them to become engaged in political issues and run for office, all noted the importance of representation and the necessity of ensuring that the voices and interests of women of color are heard and addressed in local governance. Story noted the importance of having women of color “at the table” in local government as ensuring that their critical needs could be addressed, with Jaffer noting that government requires broad representation because policies impact everyone. Jaffer underscored the resonance of intersectionality in governance – that women of color can be particularly impactful given their representation of women as well as communities of color. Brown noted the significance of “lived experience” that she and others in her position can bring to bear on local governance, and spoke of her earlier political engagement in a local coalition to promote equality as a key formative experience that motivated her to enter electoral politics. Falco acknowledged the challenge of “balancing policy and politics” as an elected official, especially in the context of dealing with men unfamiliar with women in power. Khanna described the critical role of commitment to community service as means to engage locally but also to understand the needs of communities, and noted the “energy” she felt from communities of color in Livingston after being elected to the school board — that they felt from her that their concerns would be represented.

The event was recorded and is available for viewing at Facebook.com/LivJustEvents.