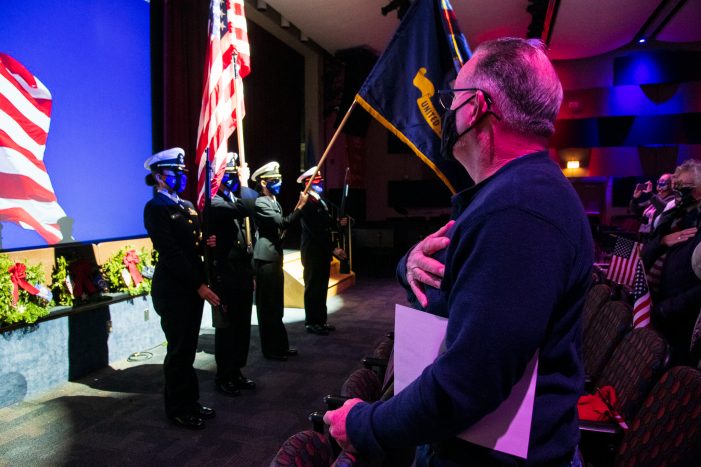 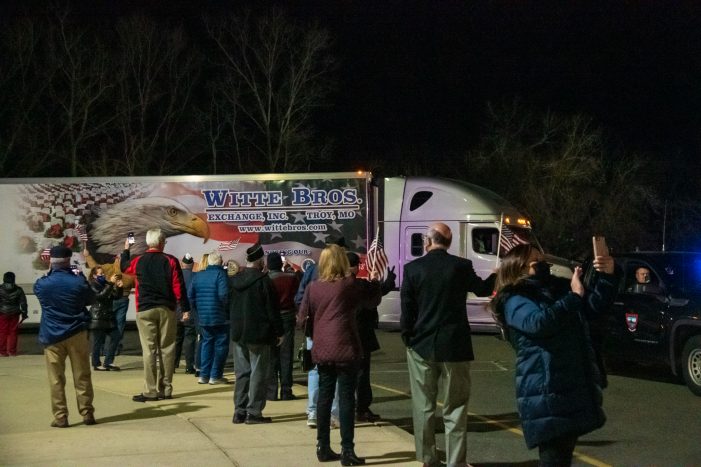 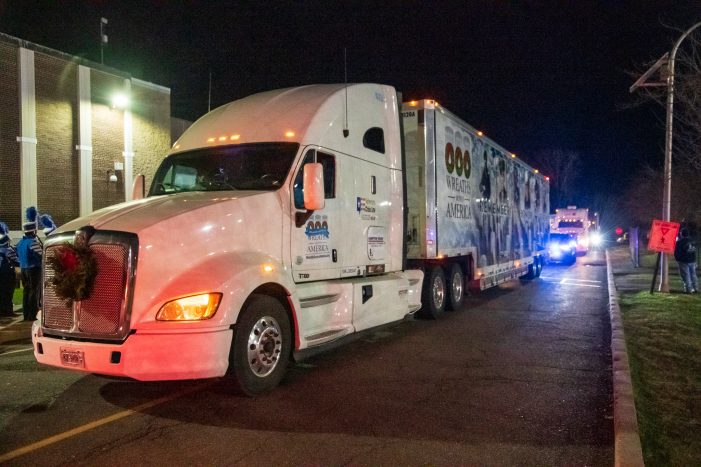 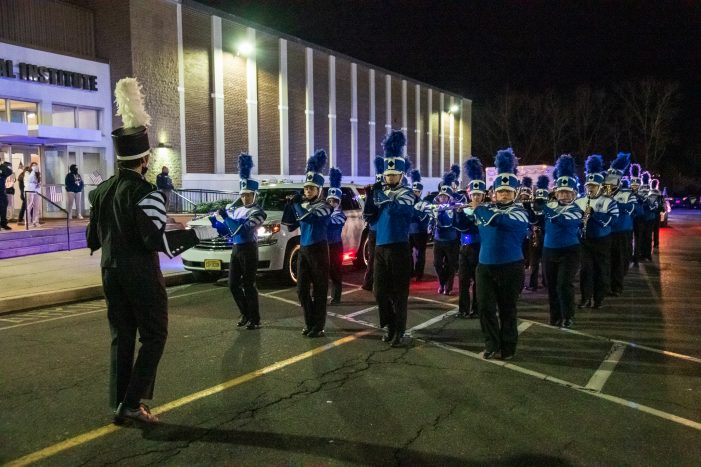 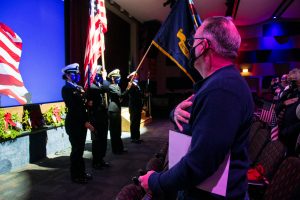 On Tuesday, December 14th, in an awe-inspiring display of patriotism, unity, and remembrance, the Wreaths Across America Special Convoy Escort remarkably rolled onto the campus of Passaic County Technical-Vocational Schools on their way from Maine to Arlington National Cemetery, in preparation for the annual wreath laying ceremony on December 18th. This was not only the first time the convoy visited PCTVS, but it was also the first time it has ever stopped in Northern New Jersey.

Over the past three years, PCTVS has participated in the Wreaths Across America’s yearlong mission to “Remember, Honor, Teach” by becoming a local fundraising group for Veteran’s wreaths in partnership with Holy Sepulchre Cemetery in Totowa. On Saturday, December 18th, “National Wreaths Across America Day” over 1.7 million wreaths will be placed on veterans’ gravesites nationwide. Here in Passaic County, we have raised enough funds for over 1800 wreaths to be placed throughout Holy Sepulchre by PCTVS students.

As the Special Convoy Escort arrived on campus, it was led by the award winning PCTVS Marching Band. With 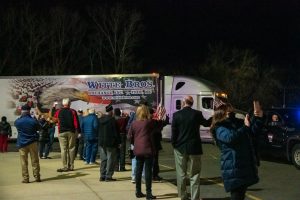 over fifty-five vehicles in tow, this procession, which included tractor-trailers and numerous out-of-state law enforcement vehicles, wound its way through campus in sight of hundreds of cheering and waving bystanders. The crowd that gathered was filled with veterans, active-duty military, and their families, as well as members of the local community, school administrators, faculty, and staff. Once the convoy had parked, guests were treated to an emotional and unforgettable assembly that was hosted in the school auditorium.

The assembly program saw students of the PCTI School of Performing Arts perform two dance numbers. The first was an elegant and somber interpretative dance to Sarah McLachlan’s “I Will Remember You,” a touching memorial to those who lost their lives in battles throughout history. The second dance was a more upbeat performance to “Boogie Woogie Bugle Boy,” an homage to the World War II era of the 1940s. Both numbers received standing ovations from the over three hundred audience members in attendance, many of whom were veterans, active-duty members, and their families. 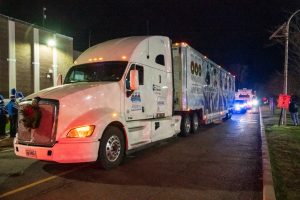 Another extraordinary moment came when students memorialized multiple fallen heroes by reading their biographies on stage while pictures of the heroes were shown on a giant screen – it was a moving and emotional display of remembrance and patriotism. The finale of the program was yet another opportunity to pay tribute to our veteran’s when PCTI ROTC cadets performed the Passing of the Flag Ceremony while ROTC instructor Master Sergeant Paul Kozlowski, USMC, read the poem Old Glory. Many of the members of the audience stood and saluted throughout the reading and the ceremony received a standing ovation once completed – an appropriate conclusion to an extraordinary event.

Earlier in the day, the Wreaths Across America Mobile Educational trailer was also on campus where students, staff, and community members had the opportunity to get a unique look into the history of WAA and what makes this project so special. The forty-eight-foot trailer is equipped with a twenty-four-person screening room that exhibits the different features of the WAA mission through a video showcase. Another part of the exhibit has three 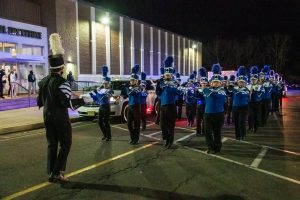 interactive computers to display locations, trucking supporters, and general wreath sponsorship questions. There also an educational wall of information on the multiple facets of WAA and where the convoy and project will be going in the future.

PCTVS would once again like to extend our sincerest thanks to Wreaths Across America and their remarkable WAA Convoy for allowing us the honor of welcoming them onto our campus. We look forward to a continued partnership and hope to see them return next year for another incredible display of patriotism, unity, and remembrance.