Passaic County Veterans champion for the care our veterans deserve 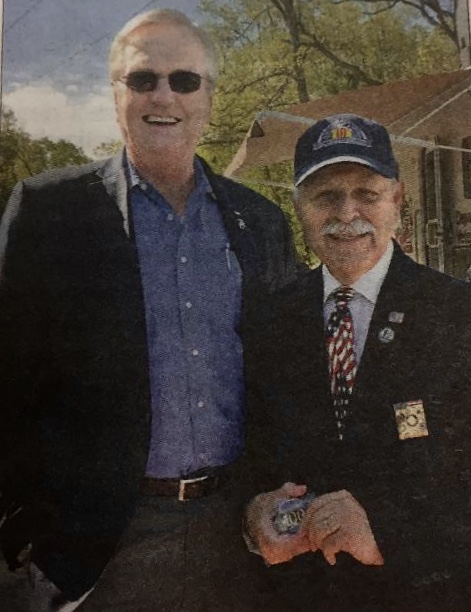 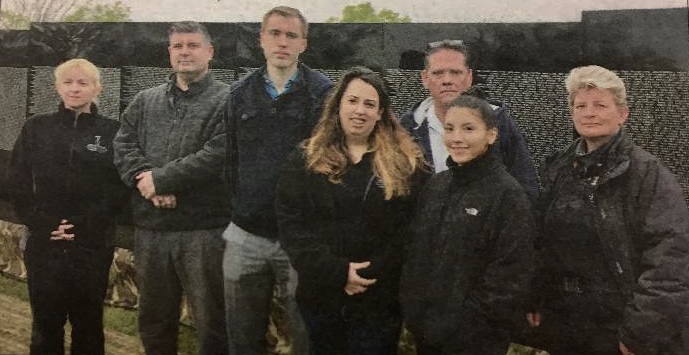 With Veteran’s day right around the corner, if you served in the military — it’s reassuring to know you have someone in your corner, and that person is Passaic County Veterans’ Officer: John Harris.

“I advocate for the veterans who live within Passaic County,” says Harris, a Vietnam War veteran. “And that means getting their health benefits, filing compensation claims, the appeals, going to the Board of Veterans Appeals; a multitude of things.”

According to Harris, he’s also partnered up with Supportive Services for Veteran Families (SSVF) Catholic Charities of the Archdiocese of Newark and established a stakeholders group.

“That has grown now from Passaic County into 10 counties and entails clothing closets for veterans, unmet needs fund and we help those that are really are in need,” he says.

Harris took over the Passaic office in 2012 after 32 years with the Paterson Fire Department.

He’s been a member and vice president of the Paterson Veteran’s Council for many years, along with president Tony Vancheri.

“And we’ve always been advocating for the benefits for veterans,” Harris says.  “When this position was available, I took it and I am an accredited veteran’s service officer.”

Reaction to veterans has changed with the times.

“Drastically,” says Harris. “I know when I came back (he was in the Marines from 1966 to 1970), there was no homecoming, just put on your civilian clothes and stay low-key.

“And the VA didn’t want any part of us back then either,” he says. “It was like ‘you’re done with your services here, that’s it; have a good life.’”

According to Harris, what happened next is everybody started falling ill.

“Between the agent orange that was used in Vietnam and the dioxins that were a part of that, all the cancers I’m seeing — so many of those,” he says. “I mean, 40 and 50 years later guys are getting sick because the dioxins hide in your fat cells. And that’s where I start coming in and helping them get their claims filed and get the medical help they need.”

By the time American forces finally withdrew in 1973, roughly 2.7 million US soldiers had fought in Vietnam, and more than 58,000 had died, according to history.com.

We can each do our part to make a difference when we come across a veteran.

“If you see a veteran who is in dire need of help — because we have so many veterans that are suffering from post-traumatic stress disorder, from multiple deployments, even as far back as World War II, you can volunteer to help out in different programs within your own communities,” Harris says.

With everything veterans faced once they returned home, they were often told to ‘suck it up and get over it,’ but he says you don’t.

As a Vietnam (combat) veteran, Harris has been through the system himself.

They’re part of the VA but separate from them in freestanding buildings, away from the big VA.

“They deal strictly with PTSD, a lot of our female veterans are suffering, they have help for them — whether it’s military sexual trauma (and more); they save lives,” Harris says.

According to the Veterans’ Officer, we’re very lucky in North Jersey since we have a center in Bloomfield and another one in Secaucus.

“I do numerous referrals,” Harris says. “I probably refer people there every week and I know that’s a place where they can get help.”

He says veterans tend to isolate themselves when they’re suffering and with that comes self-medication, which really gets them in trouble. Suicide rates among vets are dangerously high.

“We did a veterans suicide initiative because they say the average is 22 a day,” Harris says. “Even one is too many.”

That data was from a 2012 report, while 2014 analysis reflects an average of 20 veterans a day died from suicide.

And they’re not going to reach out and ask for help, so Harris says they hold gatherings and seminars to connect with the veterans to make sure to get information out there.

“A lot of times I’ll get a phone call from a family member, ‘gee, my brother needs help, my son really needs help or my daughter needs help, they’re suffering.’”

Harris asks if they’re willing to receive the help because that’s the key.

“Sometimes with that little helping hand you could save a life,” he says. “I’ve seen it happen numerous times.”

They want to prevent letting it get to the point where a veteran doesn’t see any other way.

“I’ve had a couple who’ve taken their lives and it does a lifetime of damage to the family because they start blaming themselves (even though) it’s not their fault,” Harris says.

If you do see someone suffering, the Veterans’ Officer says to give him a call, give the VA a call — and if it’s really imminent, call 9-1-1.

“Better to call than not to,” Harris says. “But there is a lot of help out there and a lot of services being offered by the VA.”

They have clinics now in Paterson and Hackensack. Specialty medical procedures have to be done at the VA Medical Center in East Orange.

“But for general practice, primary care and all that — the VA clinics are outstanding,” Harris says. “I get a lot of people that say they’ve never signed up for the VA and I give them the direction on how to do it the quick way instead of filling out some form, sending it in and waiting for an answer. I send them in person to get in the system.”

“That answers a lot of questions as to whether they’re going to have a service connected disability; whether it’s an illness, injury, wounds, they need psychological help — and that’s what we do here.”

How one contributes during Veteran’s Day is an individual preference; if you volunteer at a veteran’s clinic, visit veterans who are hospitalized or in nursing homes.

“Pay them a visit ‘cause a lot of them are lonely; get a little group together,” Harris says. “If you want to help financially, make a donation to one of your local groups — the VFW, the American Legion, the Marine Corp. League, they all do things to help veterans.”

Whether it’s having bingo at the veteran’s home in Paramus or in Lyons, it’s something to say, ‘you’re not forgotten.’

“Just come out and support, especially in the towns, the cities,” Harris says. “We’ve actually brought most of the monuments to McBride Ave in Paterson and made the Hayden Heights Veterans Memorial Park. On Veteran’s Day and Memorial Day we have services there and actually get a good turnout.”

It’s so important to get the word out about these events, the Veteran’s Officer suggests announcing it in the local papers and radio station.

“Try to get people to respond and pay honor to these veterans,” Harris says.  “You have to remember all the freedoms that we have are because of veterans.”

And the sense of camaraderie among vets is everything.

“I think that’s what keeps us going,” Harris says. “I belong to the VFW, DAV, American Legion, I’m a life member of the Marine Corp. League and like my fellow marines; it’s a brotherhood, there’s no two ways about it.”

He calls it his ‘lifetime sentence’ and says they respect each other for what they accomplished.

“One thing I notice when we’re together we never talk about the war, never tell war stories,” the Vietnam vet says. “Those who’ve been into combat don’t tell war stories. We just remember the funny things and try to keep each other up.”

He says they attend reunions of those they served with, a group of vets who Harris grew up with in Paterson head to Veteran’s Day services every year, and they all go out to lunch afterwards.

“A lot of the restaurants, big chain outfits now give veterans a free dinner or lunch on Veteran’s Day and that’s a great thing,” Harris says. “More businesses should do this. Makes you feel proud that you did serve.”

From a young age, he says he knew he wanted to follow in the footsteps of his father, a World War II veteran.

“He was a draftee at 30-years-old,” Harris says. “That’s a little bit old at the time but he was proud of his service. He served in France during the war and I was proud of him; I used to see his uniform hanging in the closet.”

The Veterans’ Officer also had a lot of friends enlisting in the Marine Corp. from Paterson at the time.  He was only 17-years-old and had to have his parents sign for him.

“I could still remember bringing the recruiter home and my father looking at me, ‘are you out of your mind,’” Harris says.

The Vietnam War was starting to escalate — this was 1966, but Harris stood firm and told his father this is what he wanted to do.

“He reluctantly signed for me and I went,” he says.  “The war part of it we could have done without, but the rest of it was a pretty good experience.”

According to Harris, many veterans are able to run on adrenaline — it comes from being a combat vet, but after a while they crash and may even fall through the cracks. That’s what makes him especially proud to be part of the Passaic County Veterans.

“Getting somebody into VA healthcare, getting them their benefits, getting them a compensation award for injuries or illnesses changes lives,” he says.

So if you do one thing this Veteran’s Day, go up to a veteran and say, ‘thank you for your service.’

“And just honor them in that way,” Harris says.