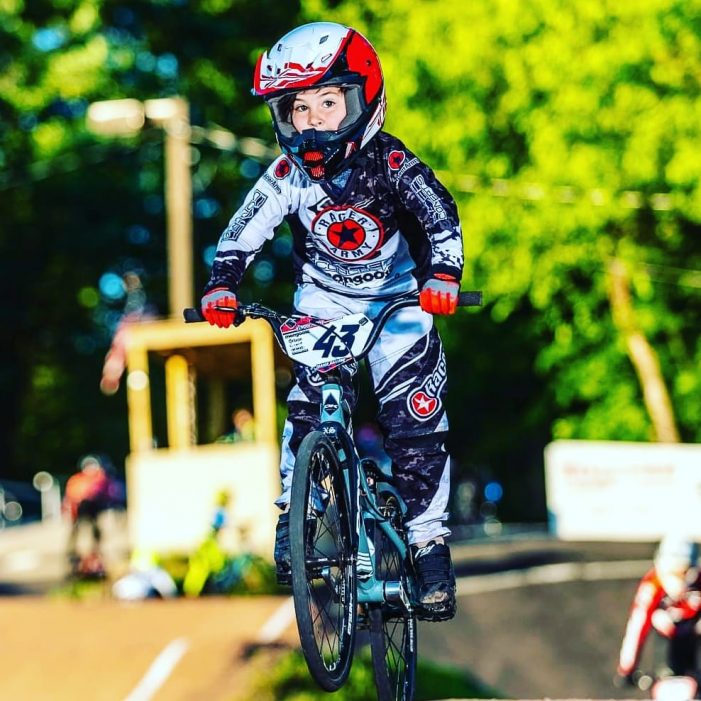 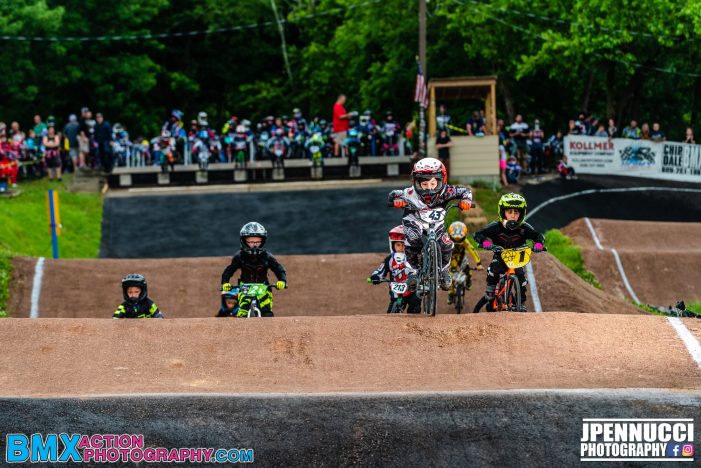 Pompton Lakes’ Isaiah Salerno is closing in on a state BMX title.

Salerno, who is just six years old, in late July, won at the USA BMX Garden State National Race in Egg Harbor, New Jersey. Salerno finished first on Friday, first on Saturday, and second on Sunday. There were fifteen riders in his age and class each day, and those performances contributed to his overall national ranking, which currently sits at #24.

Salerno was among the top three finishers at national races in Pittsburgh and Michigan. There are four levels of sanctioned USA BMX competition: Local, State, Regional Gold Cup, and National races.  Each level has its own incentives and goals and contributes to an individual ranking at that particular level of competition. 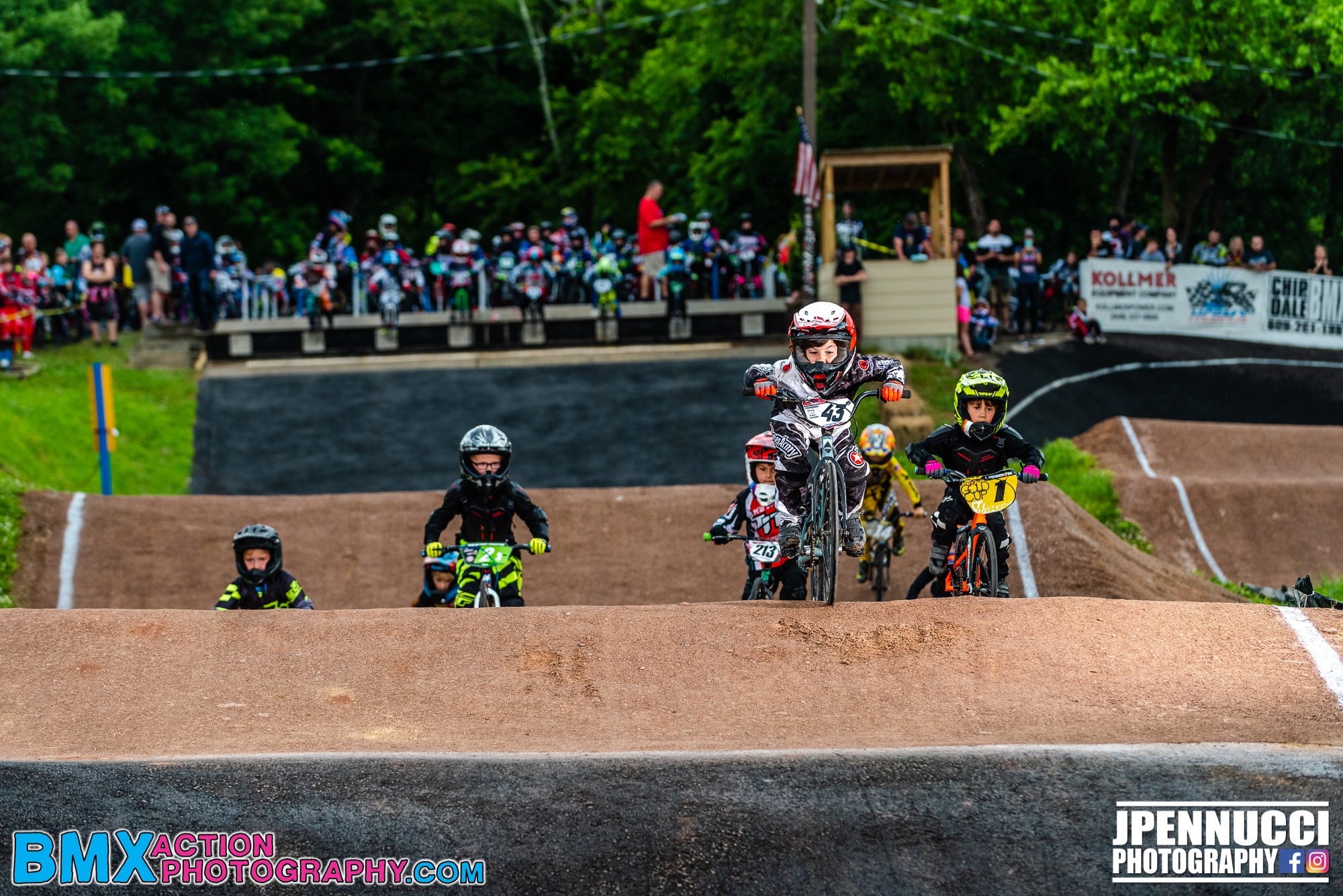 Dan Salerno, Isaiah’s father, explains further. “Isaiah is currently tied for the #1 ranking in the Northeast Region, thanks to victories in the Connecticut qualifier at Trumbull BMX and the New Jersey qualifier at HCBMX. He also took second place at the Rhode Island qualifier at Woodland BMX.  The Regional Championship final will be held at Shoreham BMX in Suffolk County Long Island in October. The Top 3 riders in each regional age group receive a special Gold number plate.” Then there are Nationals. “USA BMX holds Nationals throughout the year in various locations. A racer’s finishes at nationals contribute to their National Age Group (NAG) ranking, in which they are grouped with all riders their age across the country. USA BMX will take a racer’s top eight finishes at nationals to calculate their ranking. They then hold a Grand National championship final in Tulsa, Oklahoma over Thanksgiving weekend to determine the final national rankings.”

BMX Racing is a cycling sport that involves 3-8 participants racing on a dirt track. The track features various obstacles and jumps, and typically has 3-5 banked turns known as berms. A full race consists of two preliminary qualifying rounds known as “motos” and a final “main event” that determines the overall order of finish.  Riders race against their own age and skill level, when possible. There are three skill levels: Novice (fewer than 10 wins), Intermediate (10-29 wins), and Expert (30+wins).

“Isaiah,” adds Dan, “is currently at Intermediate level, with 24 career victories. He hopes to turn Expert this season.”

Isaiah, who rides an DK Octane Junior, has been riding since age 4. “Isaiah took to a two-wheeler very early,” says Dan. “He started on a balance bike when he was two years old, which is a really cool kind of bike that I can’t recommend enough. It’s a two-wheeler with no pedals. You ride by pushing it with your feet. When you get good enough, you can ‘coast’ or ‘glide’ while balancing on two wheels. Unlike training wheels, it actually teaches the most important skill necessary for bike riding: balance and body control. He jumped right on a regular pedal bike when he turned three and was riding it in a matter of hours.   By the time he was 3 ½, he was standing and pedaling, and he wanted to race everyone. That’s when he had the idea that BMX, which I remembered as a kid from the ‘80s, might be a good sport for him if we could find a place he could do it. My wife found New Paltz (New York) BMX, about an hour from us, and the rest is history.”

Isaiah’s top dream and goal? “I want to turn pro when I’m 16! I want to be better than (Olympic Gold medalist) Connor Fields!”

He has more than a great start.