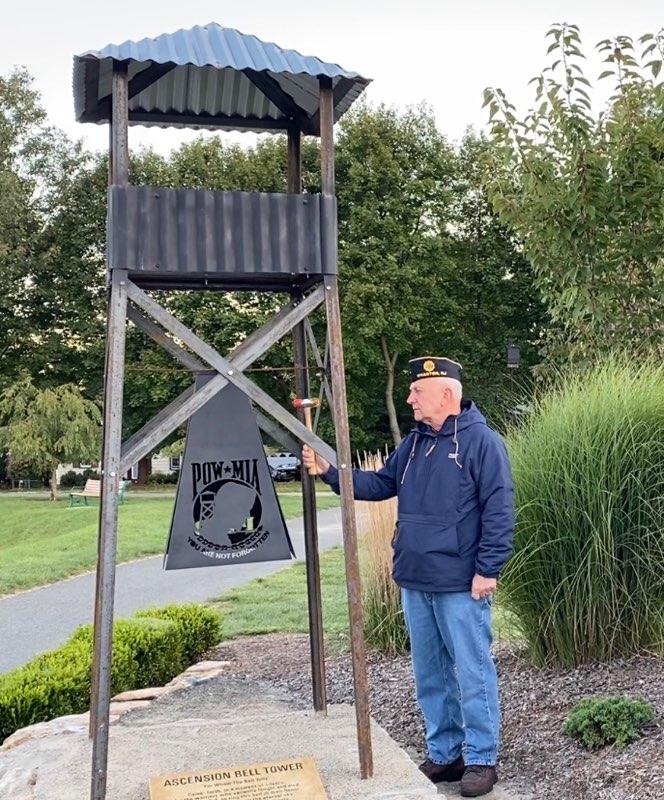 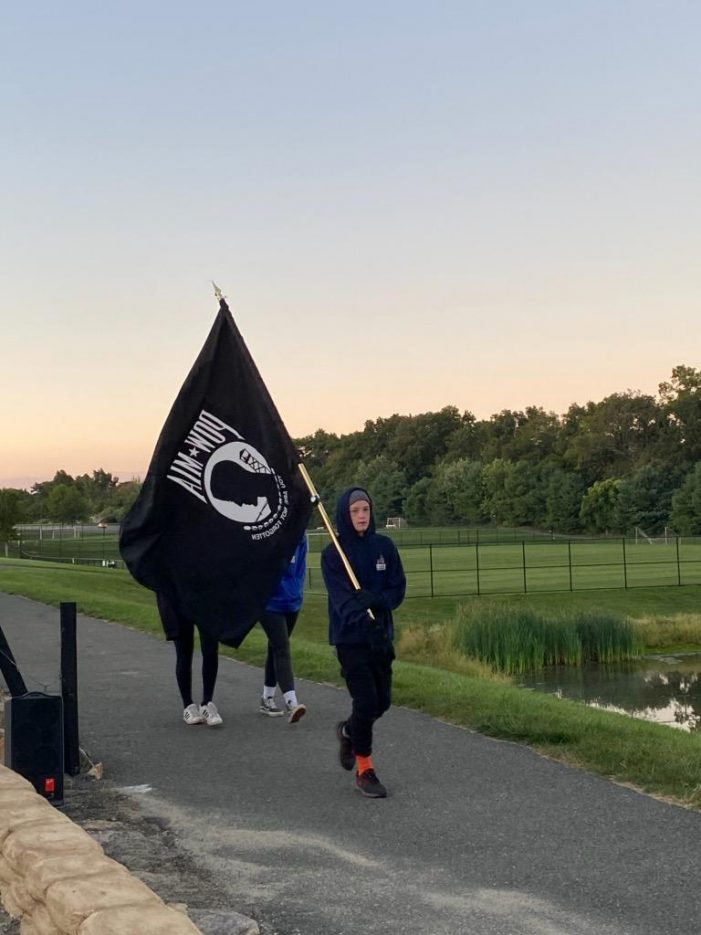 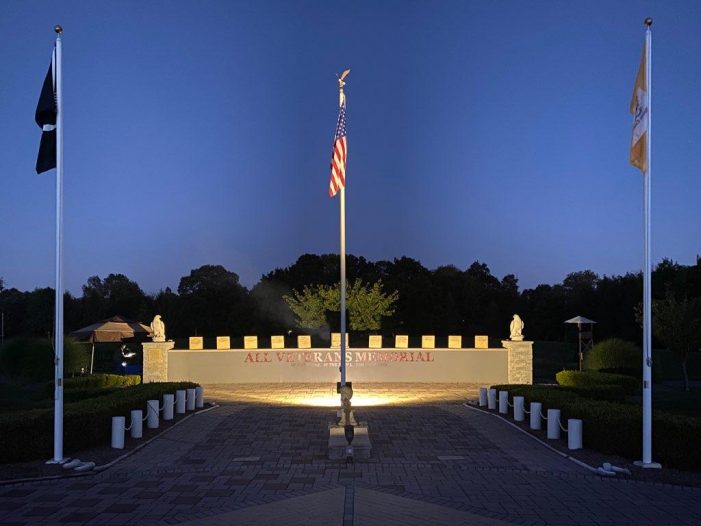 Twenty-three volunteers shared the responsibility of reading the 2,578 names, ranks, and  serial numbers, and place of loss of Garden State POW/MIAs.

“It was gorgeous; it was cold,” says Charlie Wood Uhrmann, originator of the All Veterans Memorial, reflecting gracefully on the event. “It got down to 34 degrees.”

Representatives were many from the area who took part in the event. Members of the following were present: All Veterans Alliance; Morris, Sussex, and Warren County American Legions; Daughters of the American Revolution; Legion Riders and Rolling Thunder; Mount Olive High School JROTC Air Force;  Morristown’s 2nd New Jersey Brigade 7th Volunteer Infantry; Veterans of Foreign Wars; and the All Veterans Memorial.

“When you talk about the peacefulness, and the calmness, ringing the Ascension Bell was amazing,” says Uhrmann of the most recent addition to the AVM, which was officially dedicated on September 5. All elements that the AVM folks use during their official events are first dedicated. “It drew so many people to come to see it. Every time we rang that bell, it was exactly – we counted down to the second – on top of the hour, each hour. The only time that bell wasn’t rung exactly on top of that hour was when the fire was lit.” The flame was lit at exactly 4 p.m. on the 18th and extinguished at the same time on the 19th. “It’s the only time that the fire is lit in the world globe,” Uhrmann adds.

As a new hour began, the Ascension Bell was sounded twenty-one times, a total sum of five hundred and four times during the event, in honor of POW/MIAs whose names were announced that particular hour. The Ascension Bell was tolled only once after the fire was extinguished. 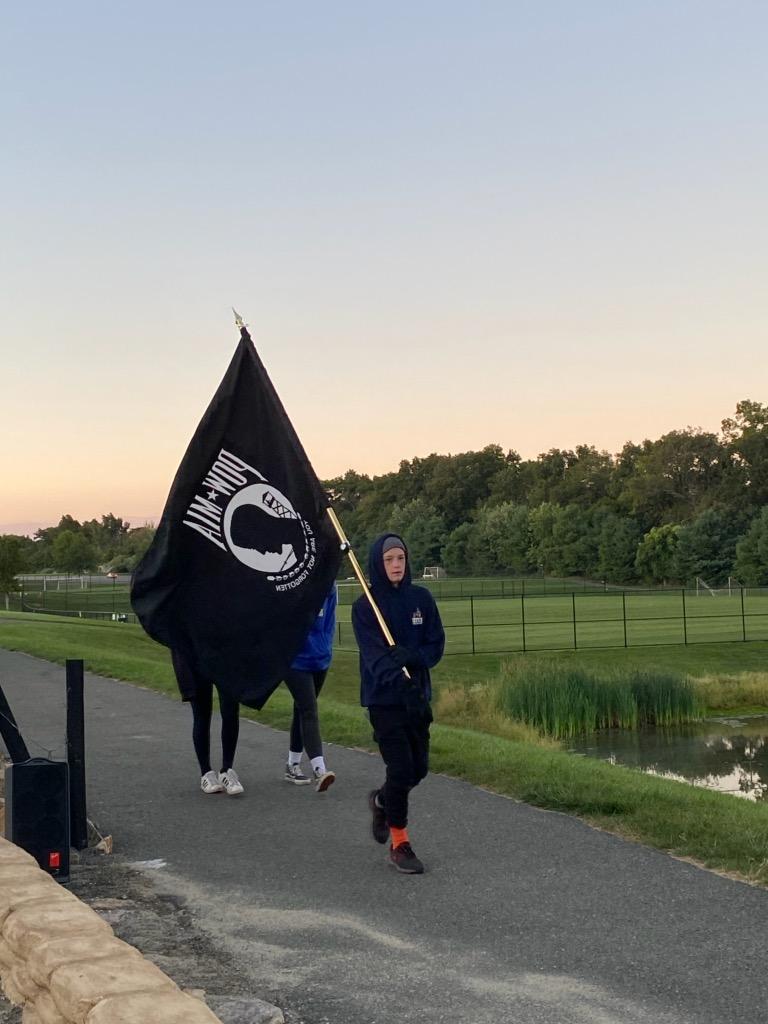 19 at 6:15 a.m., those in attendance were notified that President Donald Trump had issued a special Proclamation (of which the AVM representatives are immediate recipients) on Ginsburg’s passing, and that all flags were  to be lowered. A respectful pause was put on the  reading of the POW/MIA names, and within ten minutes those gathered held a full ceremony in her honor. “It was before the sun came up,” says Uhrmann, who also believes it was the first formal ceremony to honor Ginsburg in the United States.

It was a blessed and peaceful 24 hours. “I think the reason it (the AVM) is such a sacred ground is we’ve had pure hearts building it,” attests Uhrmann. “We’ve tried to do everything the way it’s supposed to be done with the most reverence and integrity, and I just really believe that’s why it is the way it is.”

The All Veterans Memorial and Turkey Brook Park are located at 30 Flanders Road in the Budd Lake section of Mount Olive. Visit www.allveteransmemorial.org for more information.