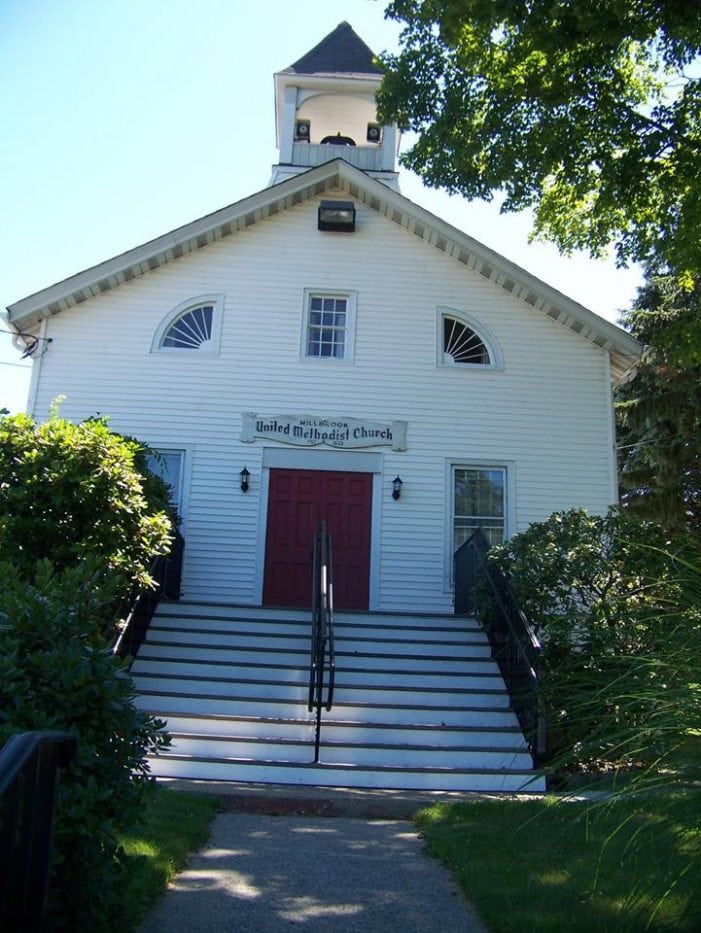 The Millbrook United Methodist Church was dedicated in July 1833. 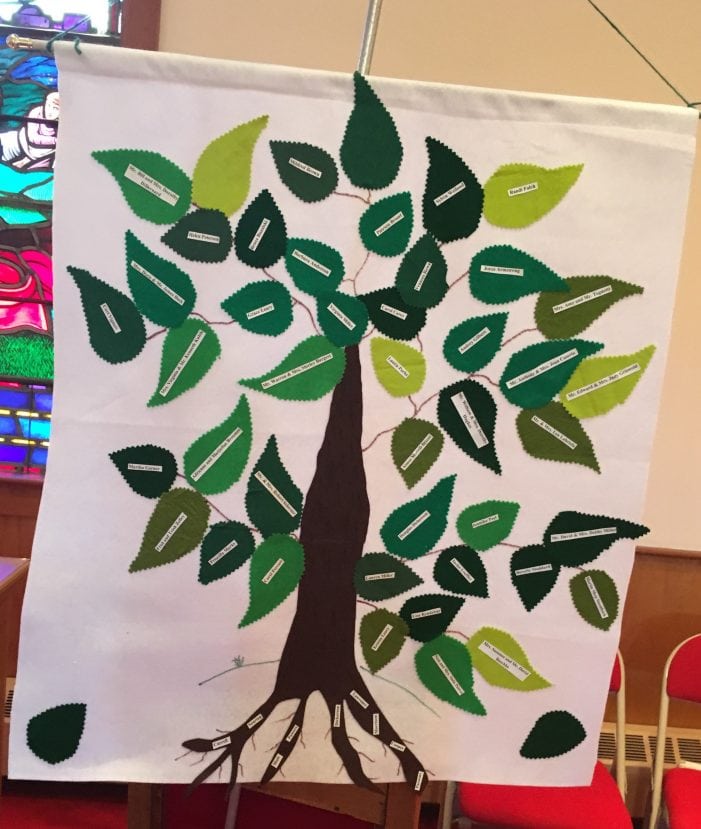 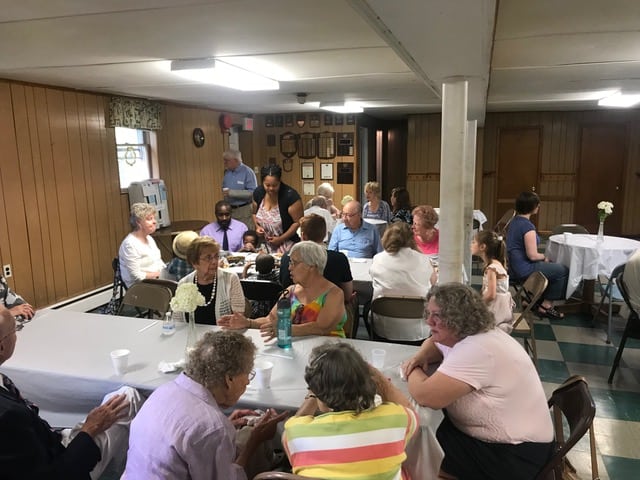 One might call the Millbrook United Methodist Church in Randolph, “the little church that could.”

In a short history of the church, Pat Briant of Randolph, the church’s Administrative Council chair, shared that the church’s roots are in a group of Methodists who were first recorded as worshipping together in 1799.  Looking for a place of their own in which to worship, the search took them to various locations, even at one point, sharing their services for years with the animals in a barn. However, in 1833, the group finally got its own church, and last month Millbrook United Methodist Church marked its 185th anniversary by remembering its roots, and celebrating its history and current role in the community.

Bruce Buzalski is a 50 year member of the church and the chair of its Staff-Parish Relations Committee.   Buzalski now lives in Pemberton, but joined the church when he lived in Denville. Reflecting on the church’s history, he shares an incident which shows just how determined the early worshippers were to have a church building of their own.

“When this building was first being constructed and the wood was brought in by horse and wagon from Pennsylvania, a fire was built to dry the wood before construction could start.  The man assigned to watch the fire fell asleep, the wood caught fire and the whole shipment was lost.  That didn’t stop the determined congregation who managed to acquire more wood and build the structure that still stands today.”

Within that structure is a congregation, which with its pastor, the Rev. Dr. Nick Petrov, reaches out to the community and that is part of its history, too.

“The church has sponsored [Cub] and Boy Scouts[troops] as long as I can remember,” says Buzalski. “Barry Stiefel, the son of one of my good friends, achieved Eagle Scout [here] in the early 80’s.  We were all very proud of his effort.  He is only one of the many young men who have grown up and prospered in that troop.”

Randolph resident, Ed Griswold, a 37 year member of the church and one of its liturgists, noted that outreach also includes collecting school supplies for a grammar school in Randolph, giving scarves and gloves to the Appalachian part of West Virginia, giving food to the Dover soup kitchens, and helping with the town’s needs for the poor: thanksgiving baskets and items for children at Christmas.

When asked about something the church is well known for, both Bulzaksi and Griswold agree that is it the church rummage sales. “People remember the sale and will arrive early before the doors open, standing on line waiting for access to the treasures inside,” Bulzaski says.

In celebration of its 185th anniversary, the church held a potluck breakfast and the celebration continued during worship that day.

Briant shared, “I gave a five minute history of the church.  We had Bibles and pictures on the altar from many years gone by.  We used wooden offering boxes from the late 1800’s and we made a tree banner with the names of original members as the roots and current attendees and members on the leaves.”

Reflecting what he likes best about the church, Griswold shares that it is its warmth: “I like the friendliness of all the members and how they greet and welcome new people when they come into the church.”