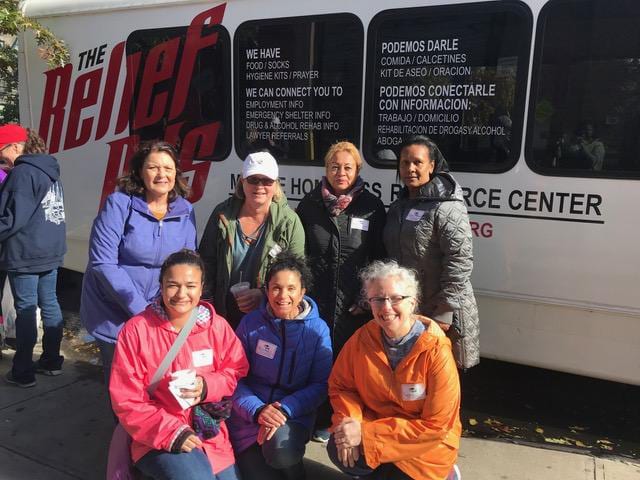 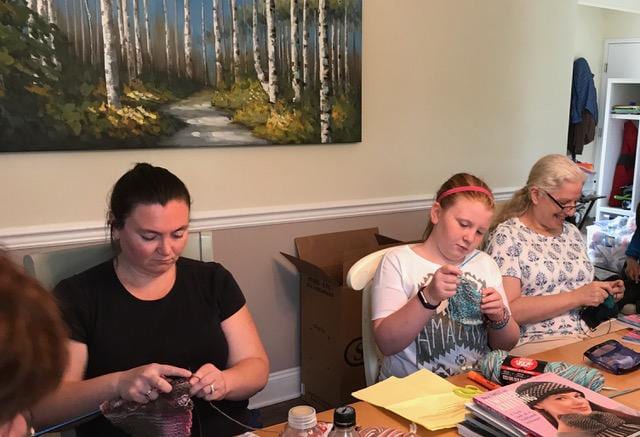 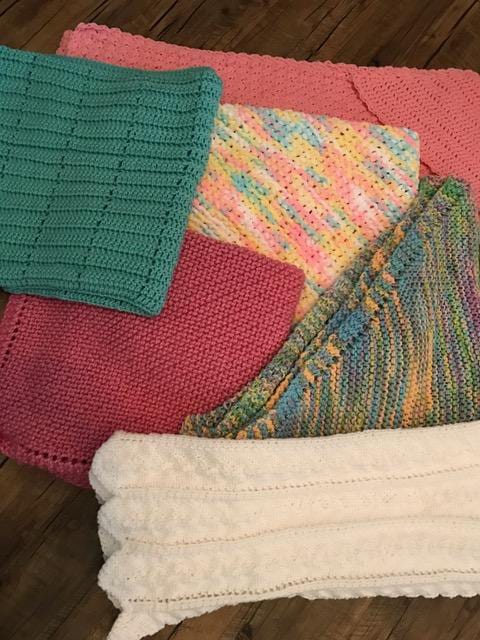 An example of some of the baby blankets we have knitted and crocheted for CareNet. 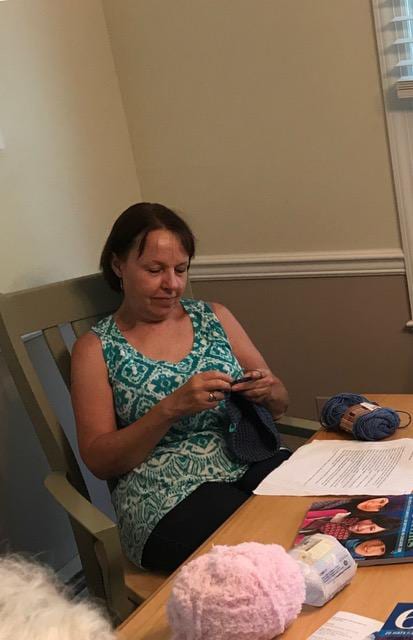 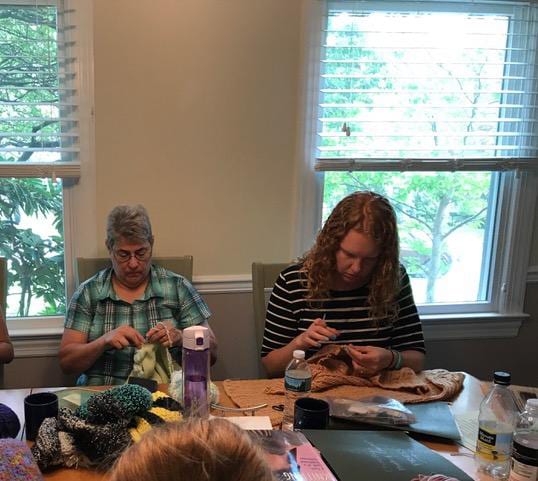 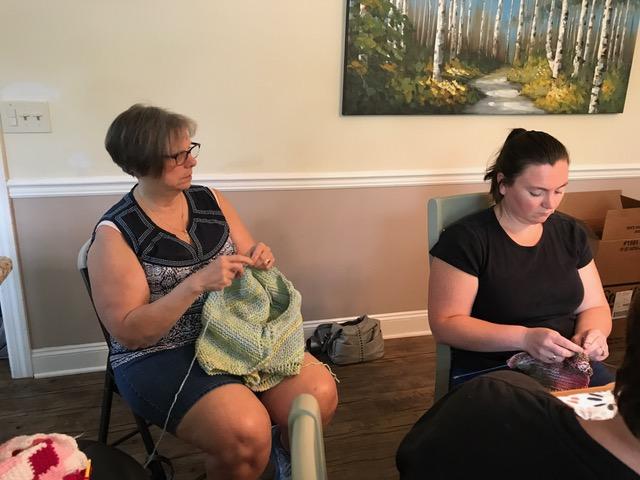 RANDOLPH TWP. – The Randolph Knitting School started in January 2016 as a way for some knitters and crocheters in the township to practice their crafts and have some adult conversation, founder Elizabeth Carney said.

The group meets at Carney’s house every month, she said, with about 10 people attending each time, 40 to 50 members total. They are all ages, although not too many college-age women have showed up. Some, like Carney have young children at home and crave adult company. Others are retired and have more time to work on projects. “They may come with 50 hats.” Carney said. Children as young as 8 or 9 can knit and crochet and some do participate, she said.

“It’s a great way to meet new people,” she said of the knitting group. Members have plenty of outlets for their creative efforts, including plenty of items they make at home.

The group meets on Saturday and Carney’s husband and 13-year-old daughter are available to watch members’ small children, she said.

The items made are donated to several non-profits. One of those groups is NYCRelief, a group that helps homeless people in holistic ways, according to its website. The group provides essentials to the homeless, such as food, hygiene kits, socks and prayer. It also provides housing, rehabilitation, employment and clothing. The Knitting School creates hats and scarves for their efforts which are in Jersey City as well as New York City.  NYCRelief mobilizes

The Knitting School women went to the South Bronx with NYCRelief, Carney said. They knitted about 200 cotton washcloths and wrapped them around hotel soaps and distributed them to homeless people. Normally, they knit and crochet hats and scarves for the homeless.

They also produce child-size items for World Vision, a global Christian humanitarian organization that says on its website it “partners with children, families and their communities to reach their full potential by tackling the causes of poverty and injustice.” World Vision has helped more than four million children in nearly 100 countries. The Knitting School members have knitted or crocheted more than 100 baby blankets and 200 hats and scarves.

Carney said World Vision provides shipping labels and boxes so volunteers can ship the items anywhere in the world they are needed.  Most of the baby blankets go do Carenet Pregnancy Resources of Warren County which helps Warren and Western Morris counties, a crisis pregnancy center funded by private donors.

Carney’s mother, Clara Masessa, is a knitting designer who works for a yarn manufacturer in Pennsylvania.

“A lot of people only ever knit scarves,” Carney said, noting her mother challenges the knitters and helps them do something new.

Carney occasionally posts on Facebook looking for yarn, but doesn’t have to do it often.

“There will be a box at my front door,” she noted. She is known all around the township as “the knitting lady” and people often volunteer to donate yarn.