Randolph Senior Finds Success in His Return to Competitive Swimming 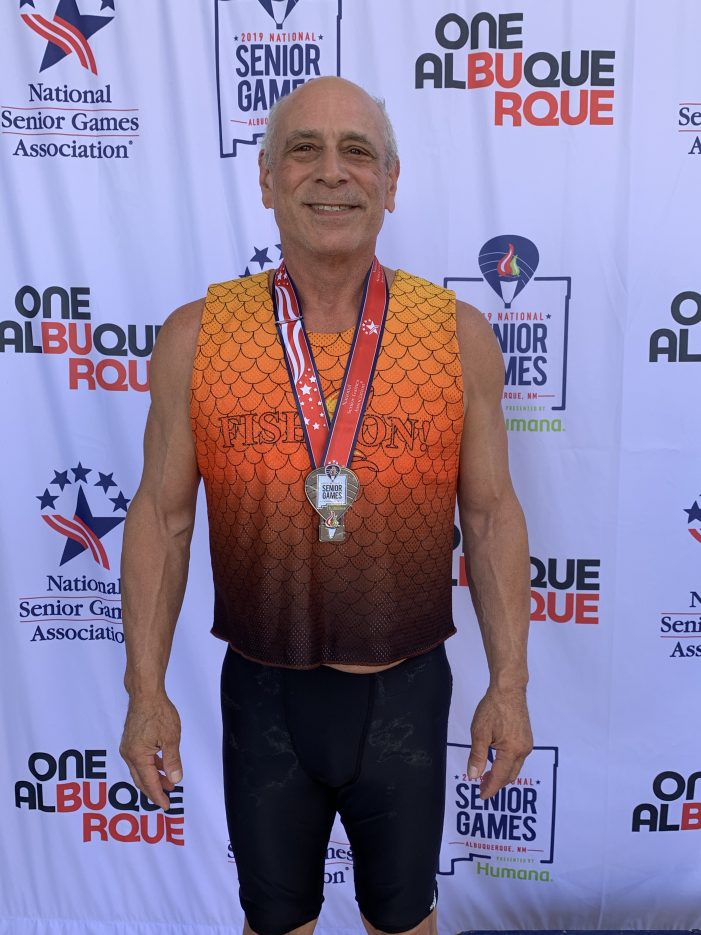 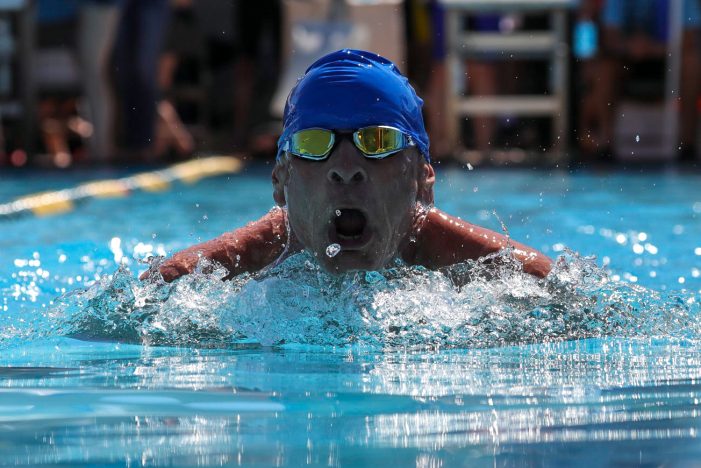 Both photos were taken by Zoom Photo and are used courtesy of Dr. Michael S. Fey, Ph.D. 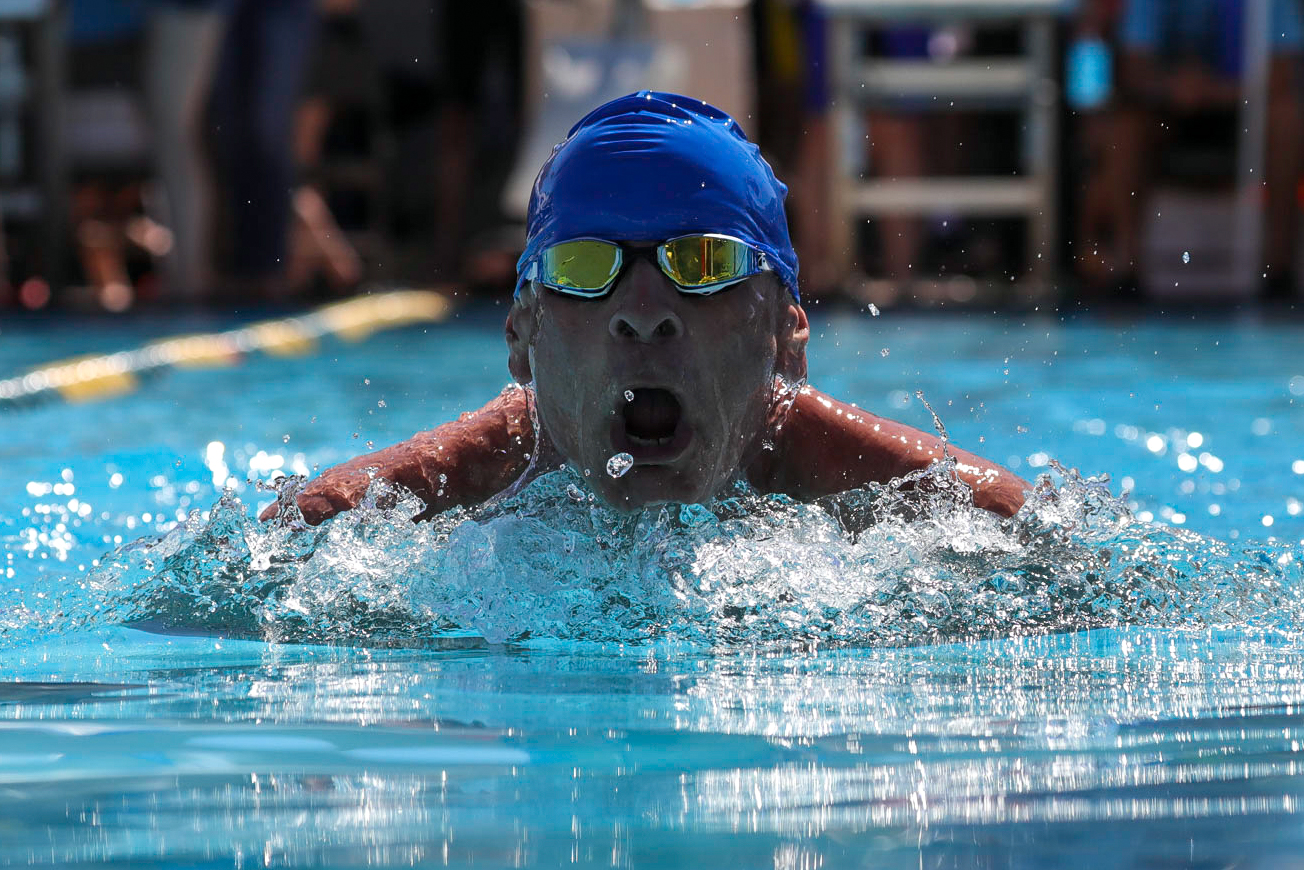 For Dr. Fey, who is a Numismatic Coin Dealer, who since childhood dreamed of swimming in the United States Nationals and the Olympics, 2019 was a year of dreams attained. “I came close by qualifying for the Nationals when I was in college,” he recalls, “but could not afford to go to Florida, and I just wasn’t good enough to compete at the highest levels.”

When Dr. Fey, a Cornell University graduate, attended Flushing High School in Queens, New York back in 1969, he was Captain of his swim team, winning first place in the Public School Athletic League (PSAL) swimming the 100-yard butterfly, securing a four-year swimming scholarship to St. John’s University. After swimming four years collegiately, he qualified for the swimming Nationals, but the trip expense prevented traveling to Florida. “I honestly felt I was not of the caliber of high-end swimmers and promising Olympians,” he says, “so I didn’t go.  In addition, I really disliked the intensity of swimming workouts, a grueling six days a week, perhaps three miles a day. After my last swim meet, I vowed I would never swim competitively again!”

“Again” would come, but 46 years later. A challenge spurred Fey on.

Ten years ago, Dr. Fey learned he had a macro pituitary adenoma, a brain tumor.  Overweight at 215 pounds, often tired from complications with sleep apnea, and feeling quite lethargic, he thought his life might be ending, even asking himself, “How could this be happening to me?”

A surgery to excise the tumor was the beginning of Dr. Fey taking control of his destiny to live a healthier lifestyle and take on new challenges. “I wanted to climb a mountain, and my target was Mount Kilimanjaro in Africa. I started working out six days a week at the local YMCA in Randolph.” For Dr. Fey, the trek wasn’t easy. “For me, it was a near death experience.  The water line on my camel froze at an altitude of about 17,000 feet above sea level. Nearly exhausted, I finally reached the frozen glacial summit only to sit once before starting to nod out for lack of enough oxygen. Realizing that I had to keep moving, I finally made it back down to high base camp at about 15,000 feet after 14 straight hours of trekking. I was totally spent, but I knew I had made it.  After 5 hours of sleep, I woke extremely sore but determined to make it back down the mountain, and I accomplished what I set out to do.”

A return to competition now beckoned him. In August 2018, after nine years of rebuilding his body, Dr. Fey returned to swimming.  “My weight was now down to 170, and I felt young and vibrant again. I started working out on my own for a short 1200-1400 yards two days a week. I joined the United States Masters Swimming Program and learned from a friend that the New Jersey Senior Olympics was being held in a few weeks (September 2018) in my area.”

After that, the Senior Games, and more success at the FIFA Masters World Championships was in Guangju, S. Korea in August, where he finished in the top 13 in every stroke (7th in Backstroke), and first for his actual age and older in backstroke competition.

Dr. Fey thanks sincerely Bill Lamia, Director of the YMCA in Randolph, without who’s help, support, and gym and pool facilities, Fey would not have been able to achieve his athletic goals and better his health. “My advice to other seniors,” he says, “is that it’s never too late to take control of your life and fulfill your dreams while getting into better health.”