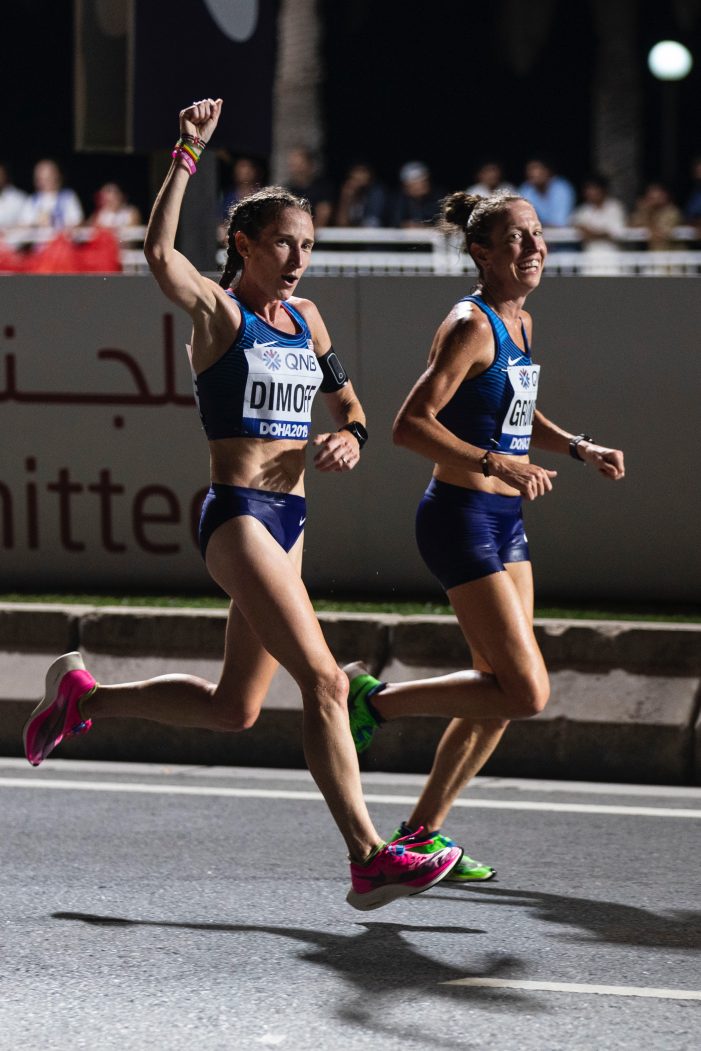 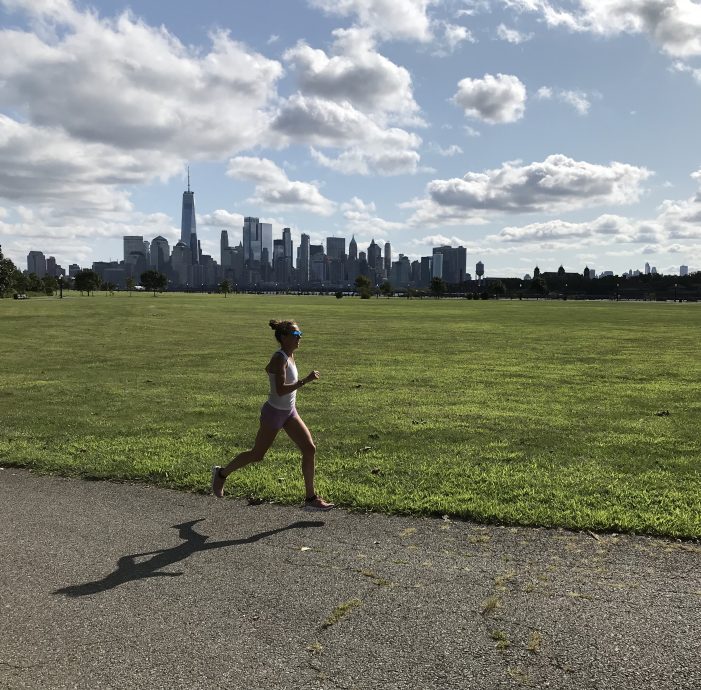 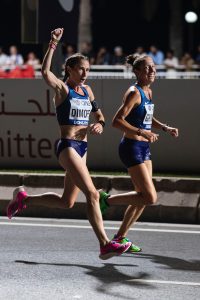 For marathon runner Roberta Groner, no future event will be formidable enough to be any sort of obstacle.

She’ll just rise to the occasion.

“Being a nurse, mother of three boys and elite runner,” she says, “I would like people to know that if you have a passion, go do it. You just never know with hard work, consistency and determination where it may lead!”

The 41-year-old Groner speaks from experience, emphasis on that last word. She was the first American woman marathoner to cross the finish line in 89-degree heat at the World Athletics Championships in Doha, Qatar in late September. Overall, Groner finished 6th with a time of 2 hours, 38 minutes and 44 seconds (2:38:44), just six-minutes behind Ruth Chepngetich of Kenya, the winner who clocked in at 2 hours, 32 minutes and 43 seconds (2:32:43).

“After racing at a World Championship in such brutal conditions,” says Groner, “I feel that no matter what the challenges may be for New York City (marathon) or the (2020 United States) Olympic trials, that I will be mentally stronger.”

Groner, who will take part in the before-mentioned events in November 2019 and February 2020 respectively, started running in 7th grade when asked to join the track team by her math teacher, eventually in high school securing a sports scholarship to attend Saint Francis University, running for three years before leaving school in 1999.

“Quality” it was, which encouraged more competitive outlets. “I ran my first marathon in 2011 in Chicago with a group of friends from Pittsburgh. I was able to qualify for Boston with a 3:12 marathon. From there, the marathon just became my favorite race and challenge.”

Groner moved to New Jersey in 2014 and started running with a Randolph-based group called the Do Runners, then training with fellow club member Beau Atwater. “We trained for NYC 2015 (marathon) where I ran 2:45:30, (and) the following fall I ran a 2:37:54 at Mohawk-Hudson.” She then hired a coach, her goal to qualify for the 2020 Olympic Trials, and she succeeded, placing 2nd at the USATF (United States of America Track & Field) National Championships at the California International Marathon in 2017 with a time of 2:30:36. “After that race, I then wanted to break 2:30. This past spring I was able to run a 2:29:06 in Rotterdam. I am now only the third American woman over the age of 40 to break 2:30.”

After Rotterdam, Groner was selected to be part of Team USA for the World Championships in Qatar. She was aware of the conditions – and ready.  “What an honor to represent our country! We battled extreme heat and humidity in a midnight race. The team prepared us well with PowerPoint presentations by the medical staff. I would run in layers the last three weeks to acclimate to the heat. I don’t know if my training as nurse per say helped. My own running experience and listening to advice from my coach on pacing, fluid intake, and ice were key points that helped.” Groner, who ran from the beginning with teammate, Carrie Dimoff, ran a “smart race and it paid off. It was such an honor to represent the country, and to place in the top ten in the Worlds will be a highlight of my running career.”

Her current goal is to run the best she can in the New York City Marathon, possibly placing in the top ten finishers. But you have to feel, based on her words, there’s something more important here. “As long as I try my hardest, I will be happy with the outcome. The training and hard work was put in, so I am happy knowing I am going to the starting line healthy and strong.”

Her favorite quote? Success is a peace of mind knowing you have done your best. “I feel I have done my best with training over the last 12 to 16 weeks and that is the most important.”