Randolph Youths Raise 7K For Jam Kancer In The Kan 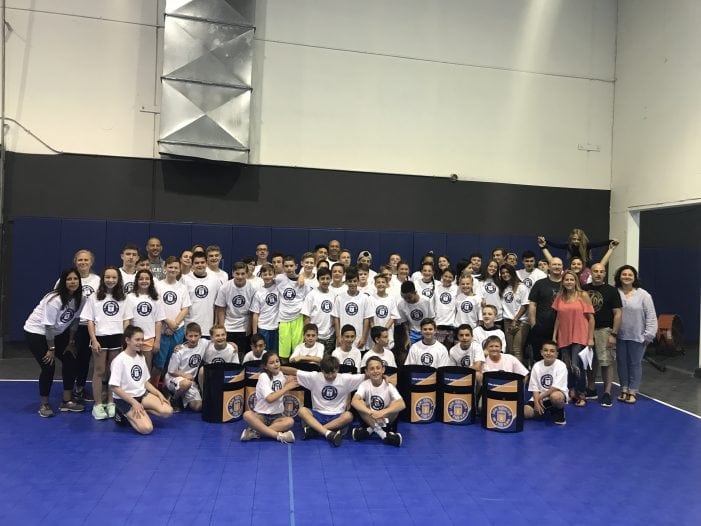 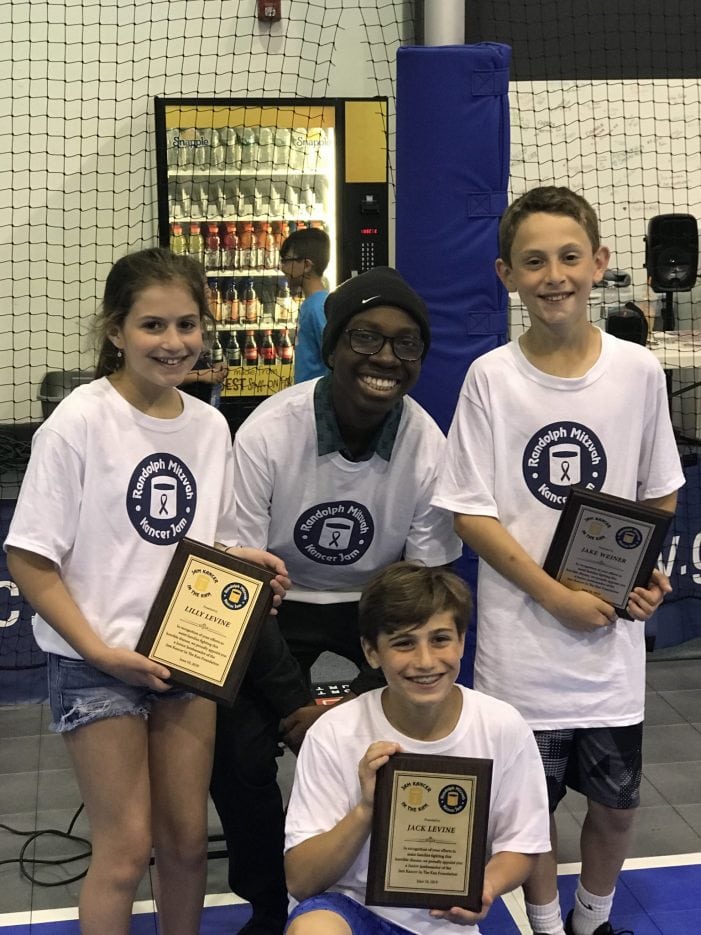 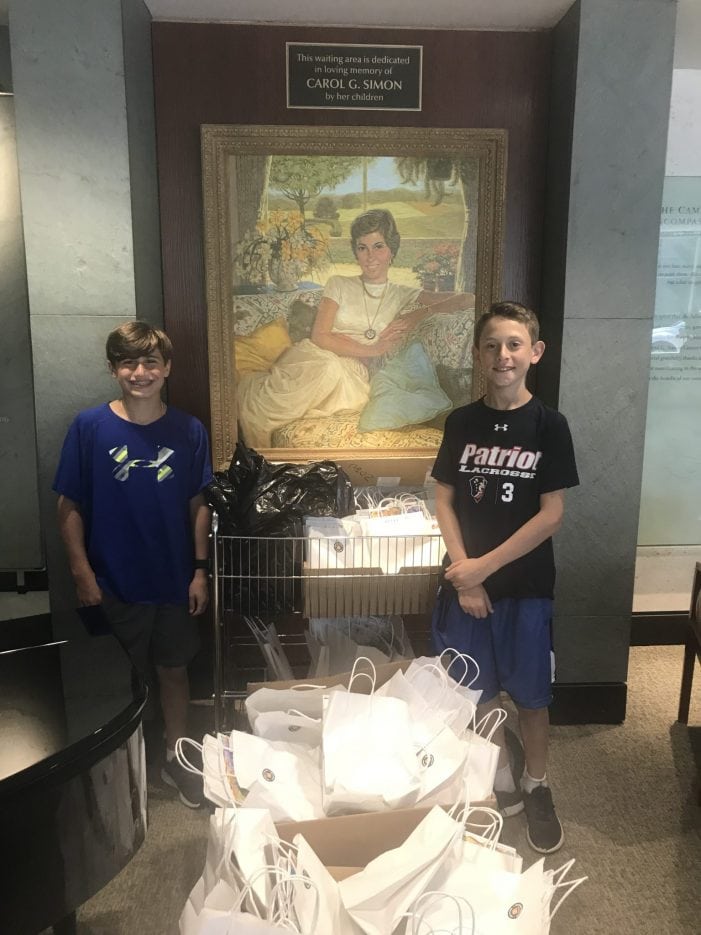 Three friends from Randolph recently tackled the fight against cancer for their bar mitzva projects as they raised $7,000 for children and families impacted by the disease.
Jake Weiner and Jack Levine, sixth grade students at Randolph Middle School, and Lilly Levine, a fifth grader at Shongum Elementary School, are members of Morristown Jewish Center Beit Yisrael. 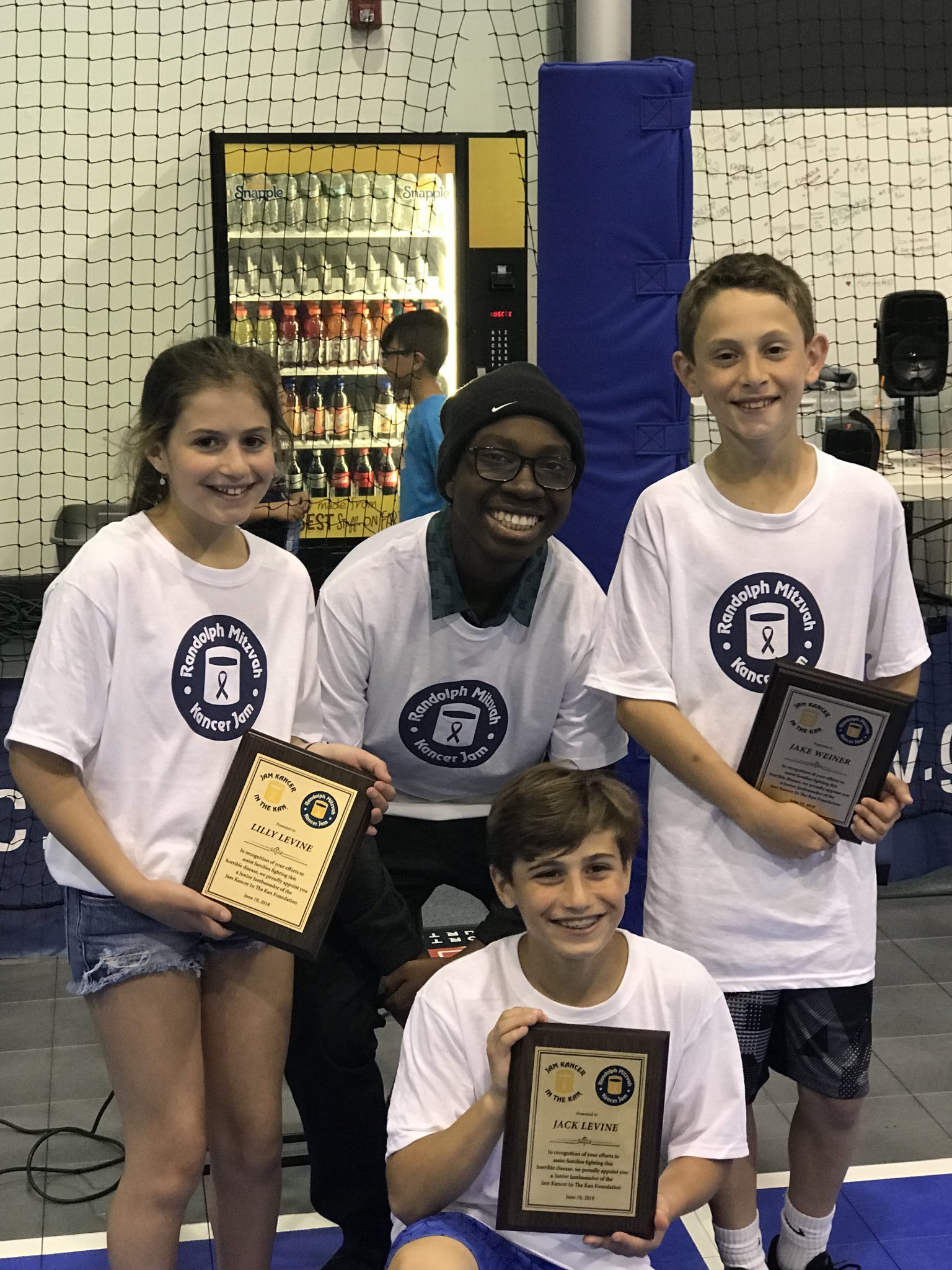 On June 10, they held a Jam Kancer in the Kan fundraiser at the Garden State Elite Volleyball Club in Mine Hill Township.
“I wanted to do it because people I love are going through hard times and they deserve a chance to fight through it,” Jake Weiner said. “I wanted to help them and it feels good to help.”
Melissa Weiner, Jake’s mother, explained the kids wanted to do a mitzva project that not only helped a cause, but was able to include all ages. She explained that while her son is too young to remember her
mom Barbara Gettinger who died of ovarian cancer in 2008, his best friend’s mother is battling cancer now. So, ultimately, the disease touches everyone regardless of age.
Based upon the popular game Kan Jam, Jam Kancer In The Kan was created in 2014 by four friends whose lives had been affected by the disease.
KanJam (sometimes spelled kanjam or Kan-Jam) is a flying disc game, played with a flying disc and two cans in which a player deflects the disc. The object of the game is to score points by
throwing and deflecting the flying disc and hitting or entering the goal. The game ends when a team scores exactly 21 points or “chogs” the disc for an instant win. Players must get exactly 21. If a throw takes a team’s score over 21, that team wins. Other rules apply.
Since the event’s inception and the subsequent formation of the Jam Kancer In The Kan Foundation, more than $630,000 has been raised for children and families impacted by cancer. In 2017, the
movement was bolstered by the efforts of New York Islanders’ star Anders Lee and his Kancer Jam event, which raised an additional $100,000. Other NHL players have held events as well.
Weiner explained that in September 2017 she and her son began discussing what to do for his bar mitzva project. A couple of years ago he and his friends began playing Kam Jam, so they decided to try
hosting their own fundraiser.
“We didn’t have an expectation,” she recalled. “What we wanted was something the kids could do themselves.” 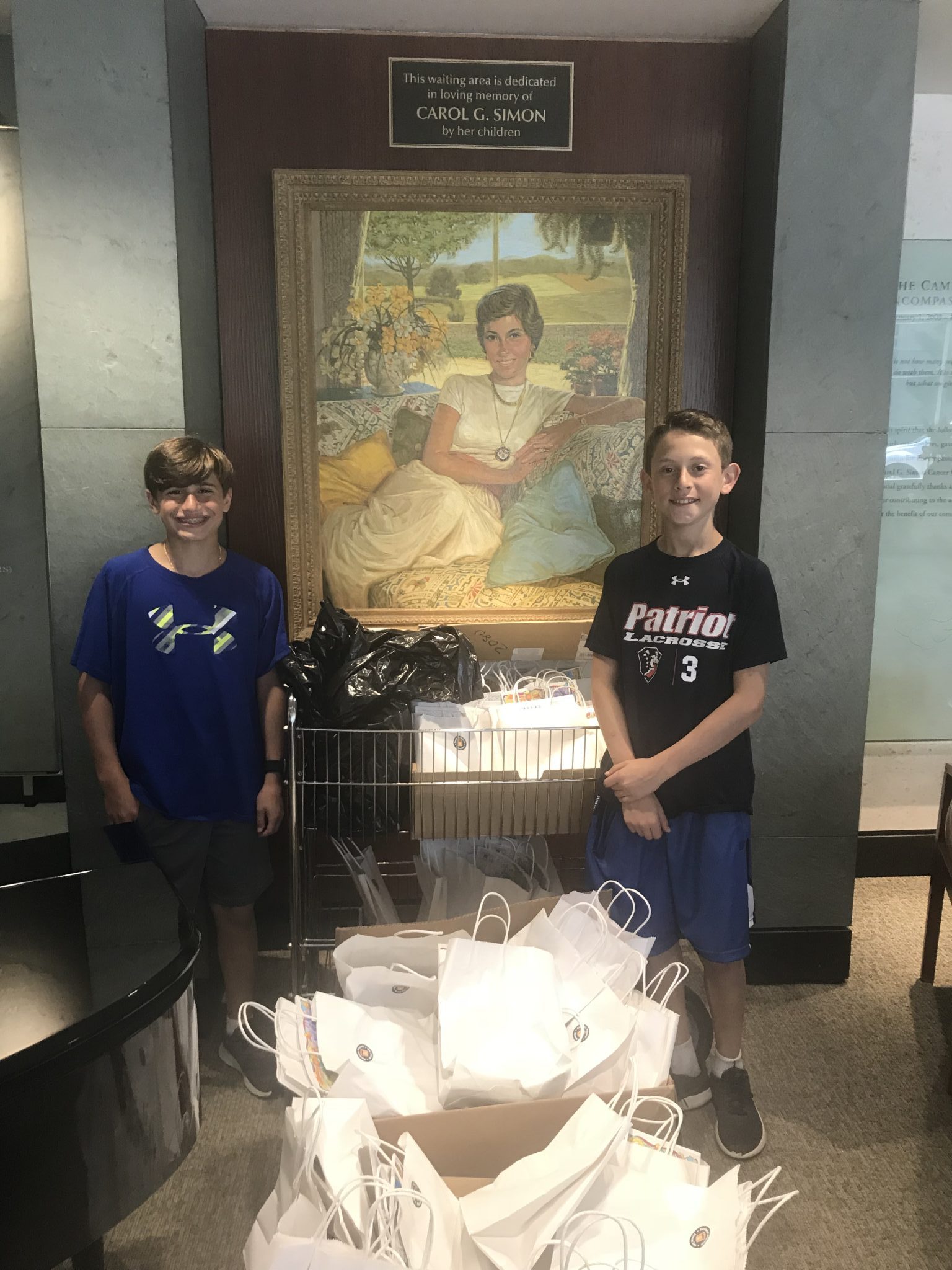 The event featured 34 teams and kids and adults in their 40s and 50s played. In addition to raising $7,000, the teens packed chemo therapy care bags and wrote letters for 100 cancer patients.
The attendees also had the privilege to hear Fenov Pierre-Louis speak. He is a 17-year-old high school student from Roselle, who has been battling Stage 4 Neuroblastoma cancer since the age of 9.
Weiner noted that she wanted her son to not only help others with the mitzva project, but to really be involved. Jake and the Levine siblings planned and set up the event from start to finish.
“The ability to do something good and inspire other kids to was really the most important part of it,” Weiner stressed. “I think that’s why it was ultimately so successful because everyone has a cancer story.
Jake and Jack came away from the day thinking we should do this again.”