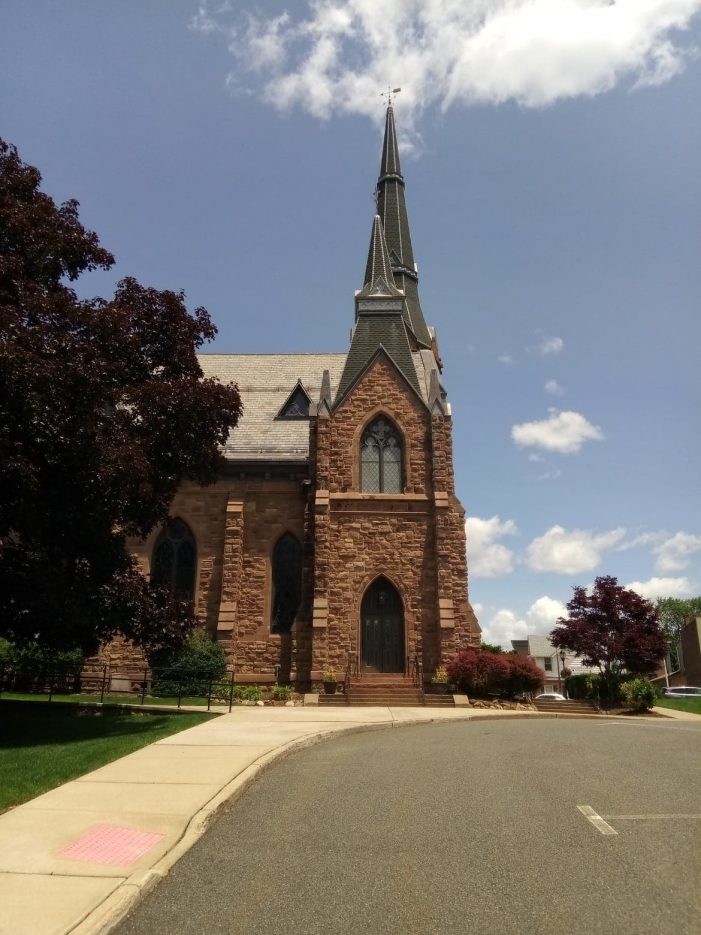 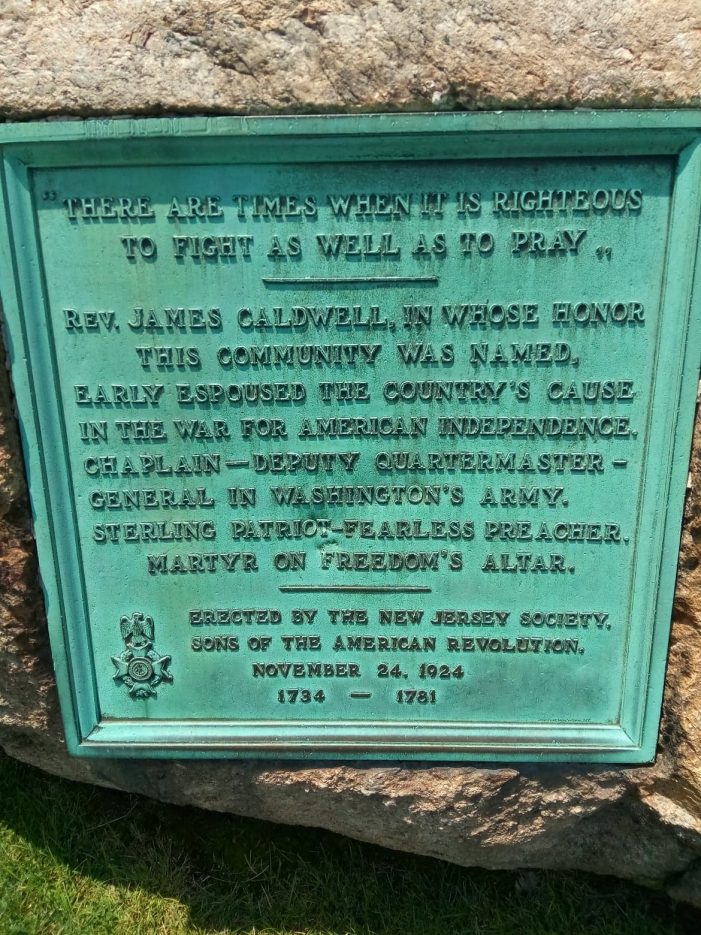 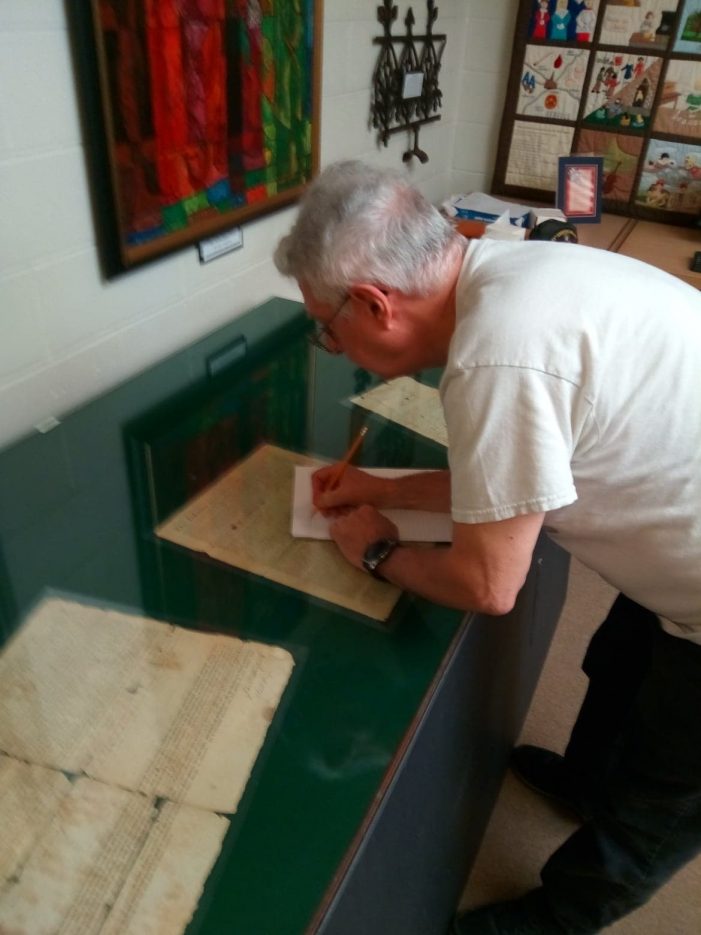 James Caldwell may have never been Pastor at First Presbyterian Church of Caldwell, but he did have a hand in getting things organized. 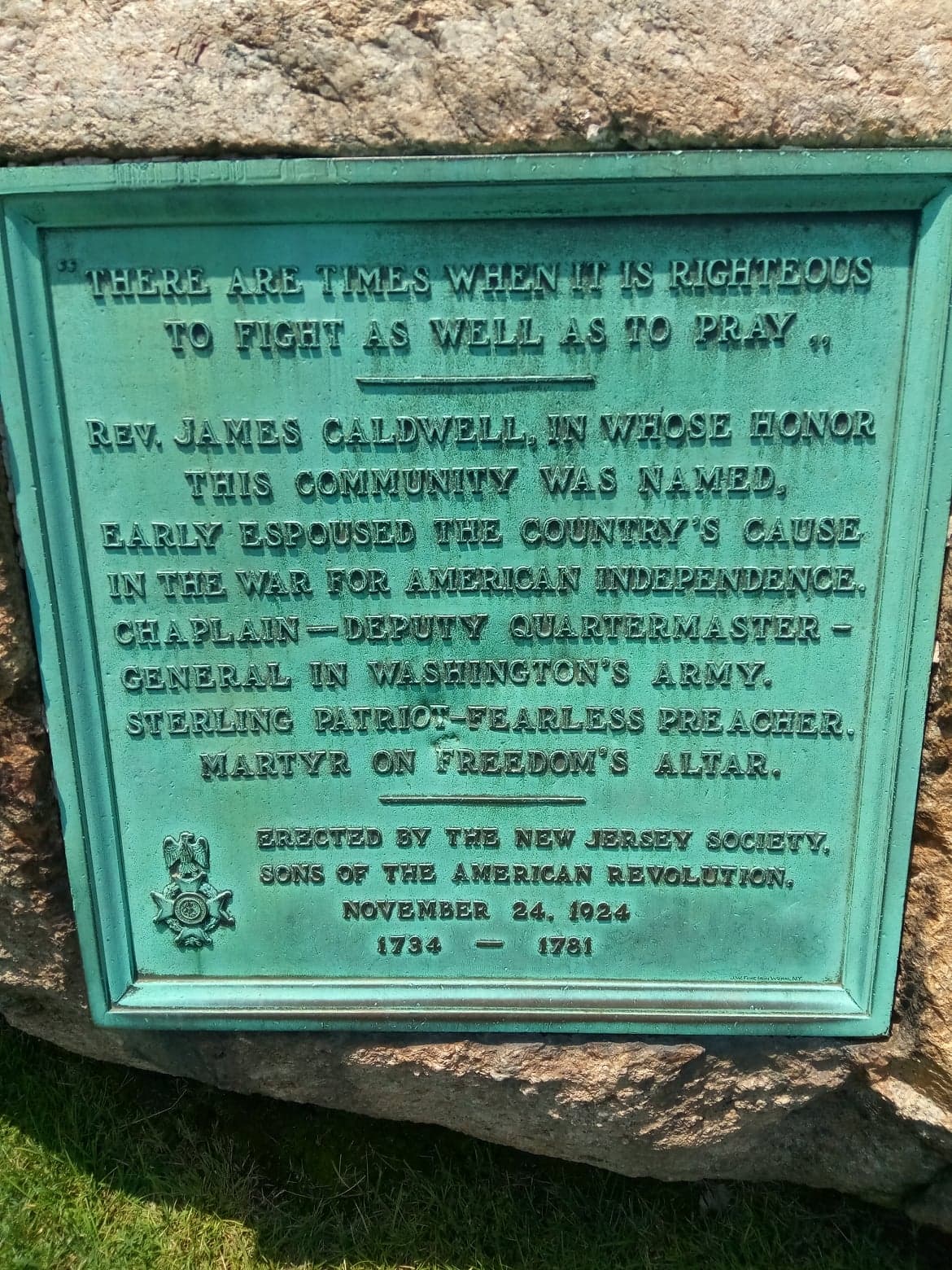 Per the church website, the tract was gifted  “for the purpose of erecting a proper building and buildings for the support and conveniency of the public worship of Almighty God, and for the support and comfort of such minister of the Gospel of the Presbyterian denomination…and also for the use of a place for burial for said Congregation and Inhabitants.”

Dr. Richard Sommers, who began his First Presbyterian Church of Caldwell Pastoralship in May of 2007, says, “FPC has been an integral part of the Caldwells since its founding; its physical location, as well as its extensive ministry into the community for more than 200 years, has served as a foundational, stabilizing aspect of life in the Caldwells.  Of course, the connection the church has with James Caldwell and Grover Cleveland alone make it historically significant, but its significance goes far beyond history. I remember several Octobers ago during the annual street fair when the church was opened, a Caldwell resident walked in the sanctuary and noted, ‘I’ve lived here all my life, but this is the first time I have actually been inside the sanctuary.  And though I am not a member, this church is very important to me and to this community.’”

Per Ray Liptak, who with others helps maintain artifacts and historical documents that comprise the FPC Heritage Room, a handwritten survey from 1779 describes a parcel of land 90.47 acres in size. “As you can read the survey was done at …’ye request of the commity (committee) Appointed and Chosen for that all that tract’. There is a separate Indenture where 50 acres of land was sold at auction and received by James Caldwell,” he says.

An indeed Caldwell and Grover Cleveland, the 22nd and 24th President of the United States, played a huge role in 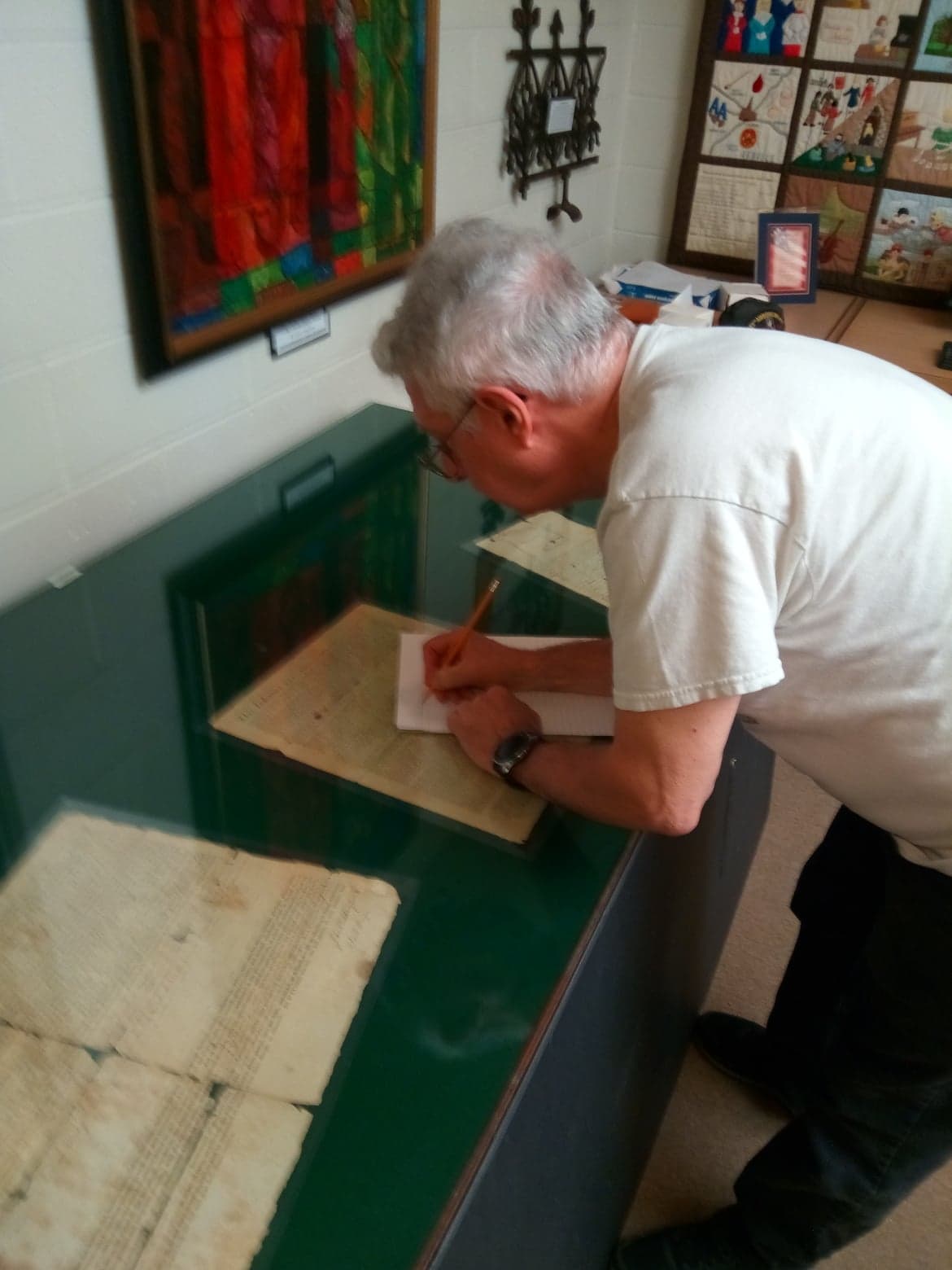 The FPC Heritage Gallery room contains much history, including three original documents dated from the mid to late 1770s, one the before mentioned survey, carefully protected under archival plastic. “This stuff,” says Liptak, “is not very easy to read. They had very fancy style handwriting and the spelling is interesting,” he said while attempting to decipher it.

“He was a trusted individual,” says Liptak of Caldwell.

A recommended work to learn more about Caldwell is Lynn G. Lockward’s A Puritan Heritage: History of the First Presbyterian Church at Caldwell. Published in 1955, it is available at the Caldwell Library and via interlibrary loan.