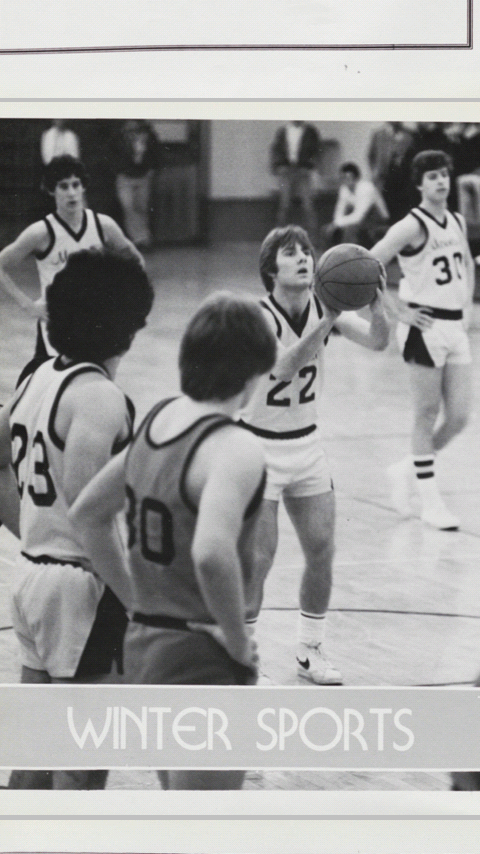 Rickey Strowe at the free throw line, with Andrew Vittoria on the left and Alan Jaffe on the right in the background 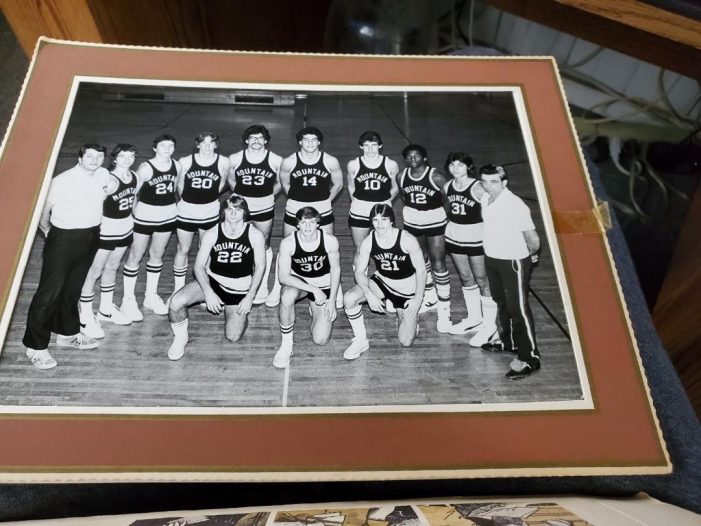 Alan Jaffe, a senior co-captain on the 1978-79 Mountain High School Rams boys’ basketball team, doesn’t recall much of the longest game of his career, but he does remember this. “Richard Strowe was my co-captain. He had his best game of his high school career. I believe he scored a then school record of 34 points. If I would’ve played up to my potential in that game, we would’ve won. I told him after the game, with teary eyes, that he had a great game, and if I played anywhere near my talent level, we would’ve won.”

Jaffe is referring to a 1979 opening round Essex County Boys Basketball Tournament game, where the Rams and Bloomfield Bengals played a 4-overtime contest. The Bengals triumphed, 86 – 82, in (at that time) the longest game in ECT history.

He, his coach, and a former teammate reflect briefly on that season and game.

Bob Belcuore was the Rams coach back in 1979. “He was a very tough, no-nonsense guy. A very good defensive coach,” Jaffe recalls. Belcuore’s club started off the campaign winning 7 of their first 8 games. They entered the ECT as an 8th seed, and Bloomfield was the 9th-seed.

For Belcuore, the game against Bloomfield was for him a step back in time. When a player for West Orange High School in the 1950s, his team faced a Bloomfield team that was on its way to winning 64 straight games. That Bengal squad was coached by the legendary George Cella. Now, 20 years later, Cella and he were competing as coaches. “He was obviously a great coach,” Belcuore says. “When the game was over, I went over and shook his hand, put my arm around his neck, and said to him, ‘The Cella magic still exists.’”

Per junior Andrew Vittoria, who would go on to become the Rams all-time leading scorer, the 1978-79 Rams were an unusual team. “We were a very talented team, and we kind of had a three headed monster with me, Richie, and Alan. We had a lot of firepower. We averaged about 66 or 68 points a game, which for a Coach Belcuore team, that’s a lot of points.”

Tied at the end of regulation time, the game went into a first overtime, then a second, a third, and finally a fourth. “I did make two crucial game tying shots in the second and fourth OT,” Jaffe says, “and a tremendous move in chasing down a loose ball, where my opponent was also trying to get it. As the ball was about to go out of bounds, we both bent down to get it, but I quickly picked it up and in one motion spun off a pivot, sending the other guy flying out of bounds. I dribbled the length of the court and went up for the layup, but then as my shot was contested, I dished it off to Danny Barry, who got fouled and sank two foul shots.”

“People told me later they couldn’t believe all the different adjustments that George and I were making, falling back into a zone or attacking a press or getting into a press,” Belcuore says, who had a career coaching record of 319 wins and 264 losses over 23 seasons coaching Mountain, Chatham, and West Orange high schools. As the game marched on, the opponents for the next game were getting restless. “I don’t recall how each session ended, but every time it was close to the end, you could see this South Side (now Shabazz) and Orange guys like in the hallway, ‘When is this game going to end?’” Belcuore says with a laugh.

Vittoria says the 4 OT contest was the only game he ever fouled out of. “It might even have been in regulation that I fouled out, so I didn’t play in the overtime period. I think Bloomfield played better than we expected them to play and we played, as a unit, not nearly as well as we should have played.” And does he remember the final whistle, with the Bengals raising their arms in victory? “I do not. At that point, I was on the bench and sulking,” he says with a laugh. “Guilty as charged.”

Belcuore, 80, who is enshrined in the West Orange, Essex County Director of Athletics, and the New Jersey State Interscholastic Athletic Association Coaches Hall of Fames, would certainly go back and relive the game one more time. “Oh, absolutely. It was a great game, and like I said, it was a thrill going against this coach of renown. Anybody could have won the game obviously. We just happened to lose this outstanding, great game.”

“They (his Mountain Rams) were a great group of kids.”