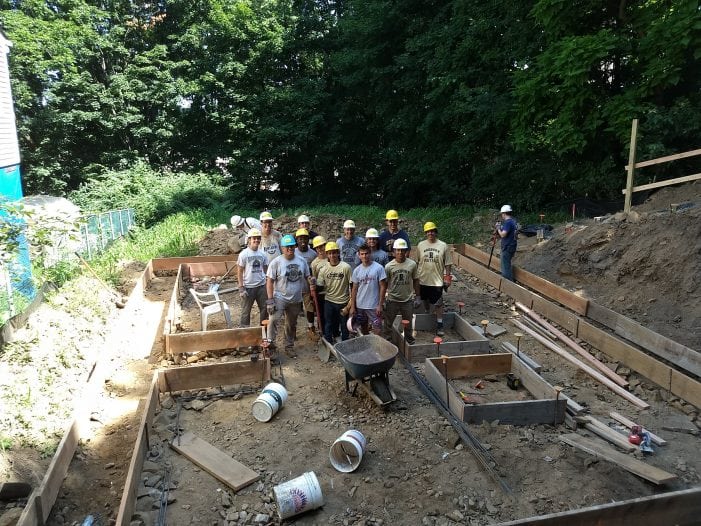 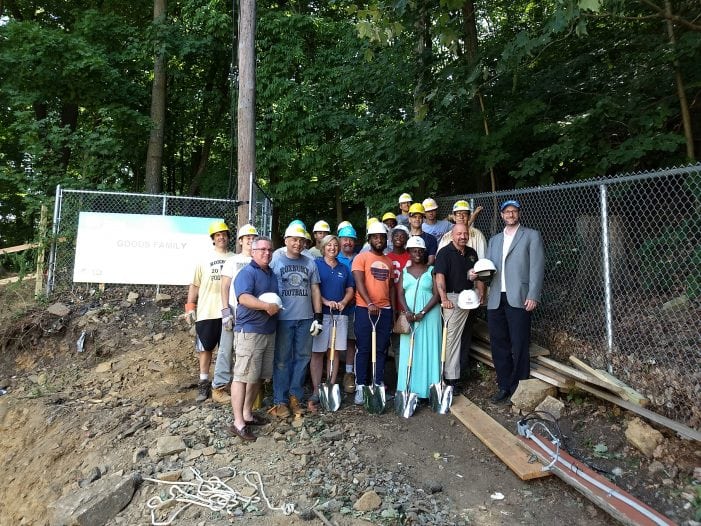 The Roxbury High School football team makes an impact on the field, and on July 13, they made an impact off the field by giving their time and energy to help Morris Habitat for Humanity build a home for a family on Monmouth Ave. in Dover.

Roxbury High School Football Coach Cosmo Lorusso along with ten of his players: Tyler Doerr, Belton Haig, Anthony Tye, Utah Sicsko, Colby Snoke, CJ Danna, Nick Danna, Vinny Manganella, Nick Polivou, Evan Vazquez and parent volunteers Jason Doerr and Mike Spitzer showed up to work on the foundation at the construction site. As luck would have it, July 13 was also the groundbreaking ceremony giving volunteers the opportunity to meet Stacey Good and two of her sons. The project will help Good and her four sons leave their cramped two-bedroom apartment in Newark behind and pave the way to home ownership with the three-bedroom house on Monmouth Ave. in Dover, spring 2019. 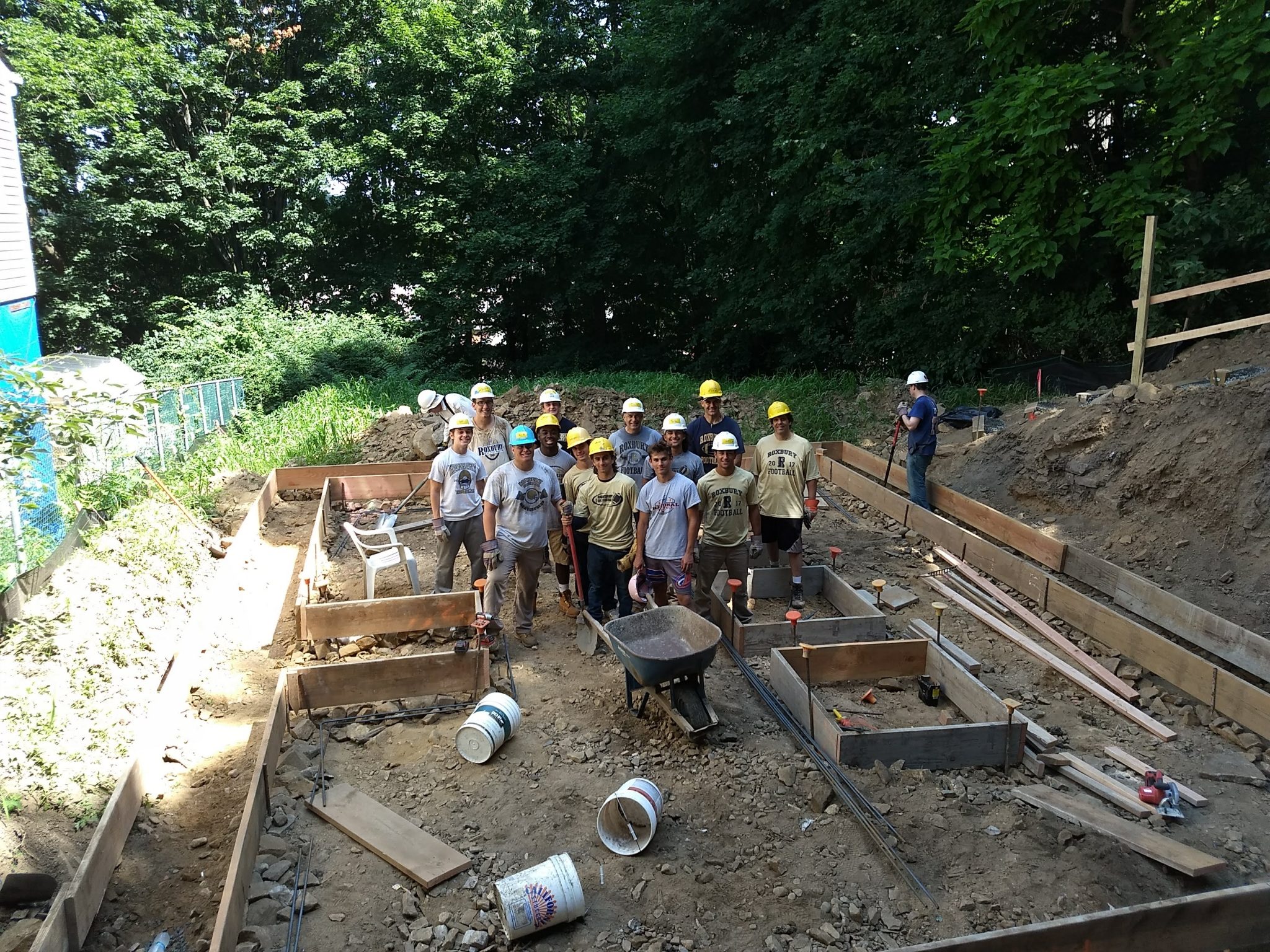 As stated on their website, Morris Habitat for Humanity is a non-profit organization that builds and rehabilitates houses in partnership with families in need and has served more than 400 families in the area since its founding in 1985. To find out more about the organization and the Good’s family story, visit https://www.morrishabitat.org.

“We came on the perfect day,” explains Lorusso since tons of gravel were just delivered. Everyone grabbed a shovel, toiled, and hauled buckets of gravel to the pit of the foundation site, and “we all worked as equal volunteers,” adds Lorusso. One of Good’s sons pitched in too and worked alongside the players.

“The team was strong, eager and attentive – they gave their all and more,” says Morris Habitat for Humanity Project Manager Bob Pries, who was at the work site.

“We hope they’ll come back and volunteer with us again soon.”

Pries “commended our kids, and I was really proud of them,” says Lorusso. “We had a great time. The players were surprised by how tired they were and how fast the day went. It was a great opportunity for them to work together to see what a day of physical work looks like. They also got the satisfaction of putting in a hard day’s work for a good cause.”

Giving back to the community and preparing young men to become better citizens is all part of the football program’s mission, explains Lorusso. “But we also want to make them better sons, brothers, husbands and fathers,” he adds. The project certainly fits the bill and because of its success, they are hoping to make it an annual event.

Lorusso, who has been at Roxbury since 2002, credits Meredith Maffeo-Spitzer with the initiative. Spitzer, the football team’s new booster club president, suggested the idea, contacted Morris Habitat for Humanity and organized the project.