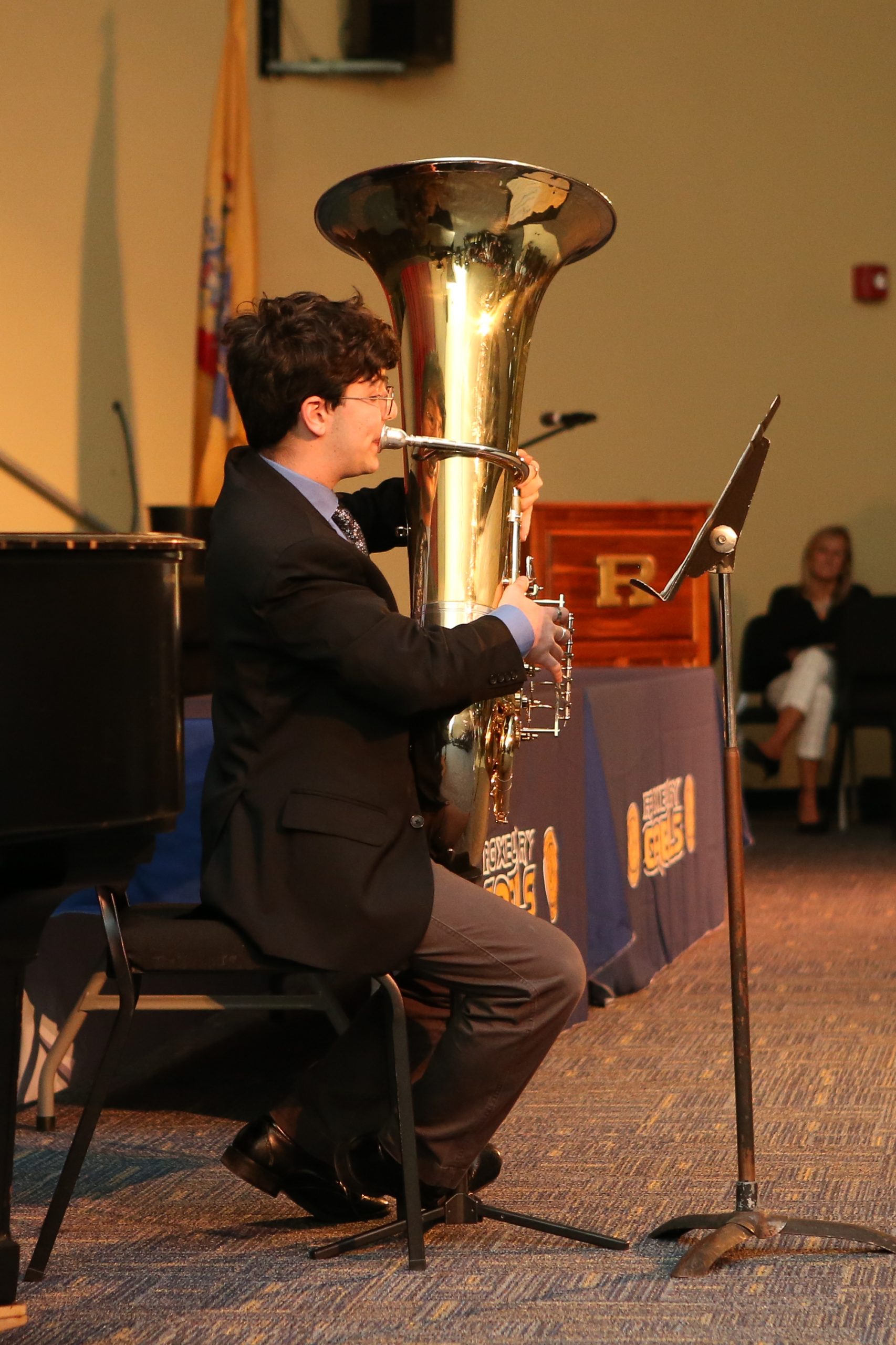 552 students from 50 states and territories were selected to perform in the National Online Concert during Music In Our Schools Month. During the 2019–20 school year, along with other accomplished music students across the United States and overseas in military base schools, Zachary Solano from Roxbury High Schoolpracticed with dedication to gain a chair or part in his local, district, and state music honor ensembles.

And now Zachary Solano will join the “best of the best” for the National Association for Music Education (NAfME) 2020 All-National Honor Ensembles (ANHE) Virtual Event January 7-8, 2021. The first ever All-National Honor Ensembles virtual event will include several rehearsals with the 2020 ANHE Conductors and workshops with renowned clinicians. Each ensemble will create a final, recorded performance that will be premiered online during the National Association for Music Education’s (NAfME) Music In Our Schools Month® in March 2021.

The All-National Honor Ensembles performers represent collaboration and creativity in its highest musical form. The All-National Honor Ensembles consist of a concert band, symphony orchestra, mixed choir, jazz ensemble, guitar ensemble, and modern band (now in its second year). Students were chosen through an audition process. The concert band and symphony orchestra will each have 120 instrumentalists each, the jazz ensemble 13 instrumentalists, the mixed choir 241 vocalists, the guitar ensemble 45 instrumentalists, and the modern band 13 performers.

Selected students will be rehearsing a challenging repertoire in preparation for performing under the direction of six of the most prominent conductors in the United States: Frances Fonza (Mixed Choir); Nobuyoshi Yasuda (Symphony Orchestra); Rodney Dorsey (Concert Band); Todd Stoll with Terell Stafford (Jazz Ensemble); Chuck Hulihan (Guitar Ensemble); and Tony Sauza (Modern Band). All conductors have received top honors in their field and will spend several days rehearsing with students before the concert.

Names, schools, and states, as well as music directors, of the 552 2020 All-National Honor Ensemble students are available now: nafme.org/ANHE.