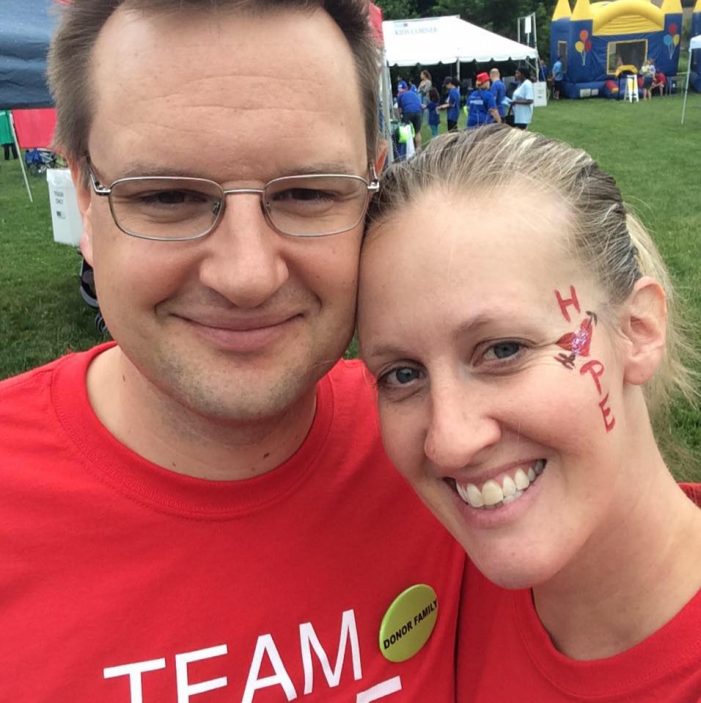 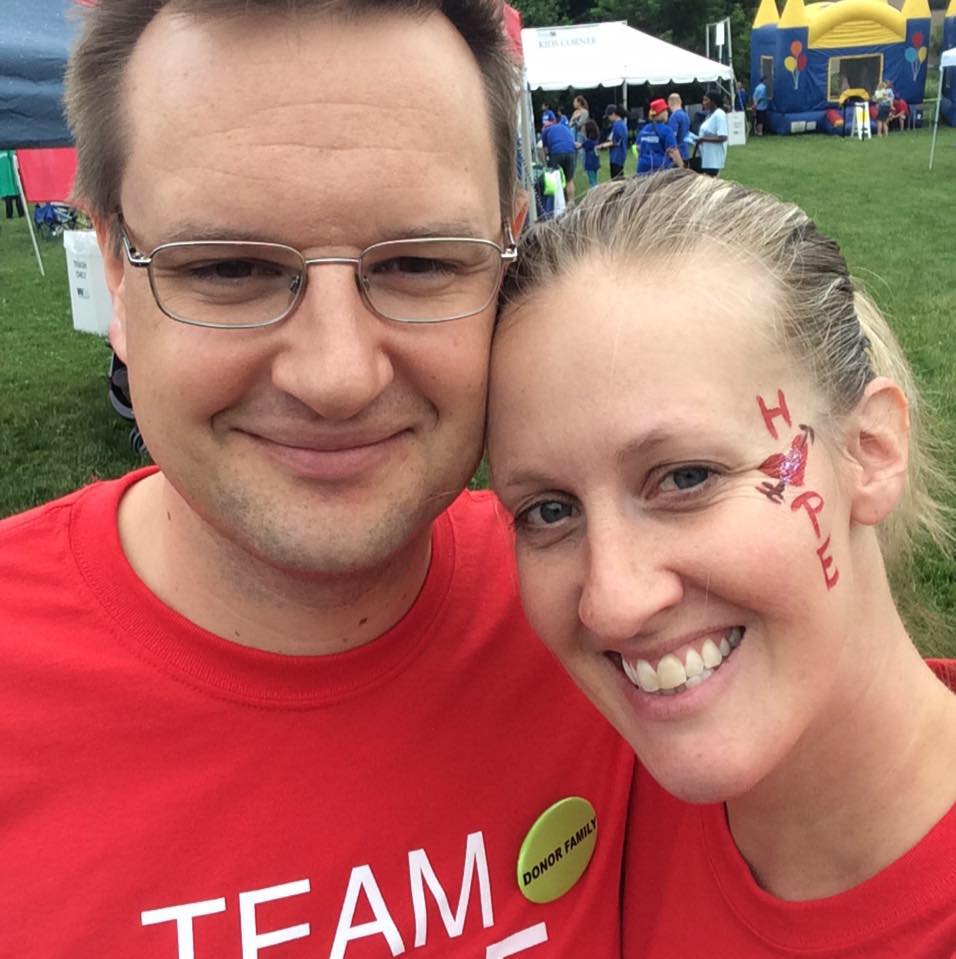 Cheryl and Jared Wolf of Riverdale became involved in the NJ Sharing Network (NJSN) five years ago when their infant daughter, Hope, passed away due to skeletal dysplasia. Doctors had told the couple during the pregnancy that Hope would not survive outside of the womb.

Hope was born on February 6, 2014 and lived for an hour and a half. The Wolf’s showered her with love before they had to say goodbye to her. Cheryl said that Hope, “lived a brief 90 minutes but has managed to impact lives and hearts all over the world. We named her Hope. Her name is her story; it points to a legacy of love and sacrifice that brings hope to others.”

When Cheryl was admitted to the hospital on that fateful day the Charge Nurse asked if they had thought about organ donation. That moment changed the path of Cheryl’s life. “Hope is one of the greatest blessings in my life and has fueled a passion in me that I never knew existed; to bring the important message of organ and tissue donation to those around me.” Hope’s heart and liver cells were donated for research.

The Wolf family formed Team Hope and entered NJSN’s 2014 5K Celebration of Life. Cheryl remembers being “overwhelmed by the outpouring of love and support by the staff, volunteers and participants. I left that event knowing that we were now a part of an incredible family. This is Team Hope’s 6th year participating and leading a team of about 50 people at the 5K.” The race was held on June 2.

The race consists of teams that represent donors and recipients of organ and tissue transplants. The families of living donors and their recipients are bonded forever. Cheryl said that people waiting for a life-saving organ or tissue donation leaves the 5K filled with hope and encouragement.

Cheryl’s dedication to helping transplant donors and recipients extends beyond the work she does for NJSN. She’s befriended women experiencing challenging pregnancies and some who have suffered an infant loss.  She co-led a Bible Study for women who have had a miscarriage. It’s therapeutic to have a support group where women can share their stories. As Cheryl said, “our babies mattered and our stories matter.”

Each year the NJSN nominates one organ donor and an organ recipient to be honored at the Tournament of Roses Parade on the Donate Life Float. Cheryl applied so she could honor Hope. She is eagerly looking forward to January 1, 2020 when Hope will represent the NJSN in the Rose Parade. Sharing her story helps others and remembering Hope with others is very comforting for her family.

Last year Cheryl was invited to tell Hope’s story at the NJSN All Staff Quarterly Meeting. Cheryl described how inspiring the NJSN office is, “Everywhere you look tells a story. A gift. A sacrifice. A miracle. A life forever changed because someone said, ‘yes’.” She also spoke at the International Institute for the Advancement of Medicine (IIAM). Cheryl recently became a Certified Volunteer at the NJSN and looks forward to increasing her involvement in the organization this year.

Cheryl is overwhelmed with gratitude for the members of Team Hope. Each year she feels humbled and overcome with emotion that so many people help her and all of the other teams to celebrate and remember donors, to celebrate recipients and to raise funds to help more people.

NJSN’s mission is to increase the number of lives saved and bettered by organ and tissue donors. Almost 4,000 New Jersey residents (and tens of thousands in the United States) are waiting for a life-saving transplant. NJSN holds fundraising events throughout the year and financial contributions to the 5K Celebration of Life that was held on June 2nd will be accepted until August 31.