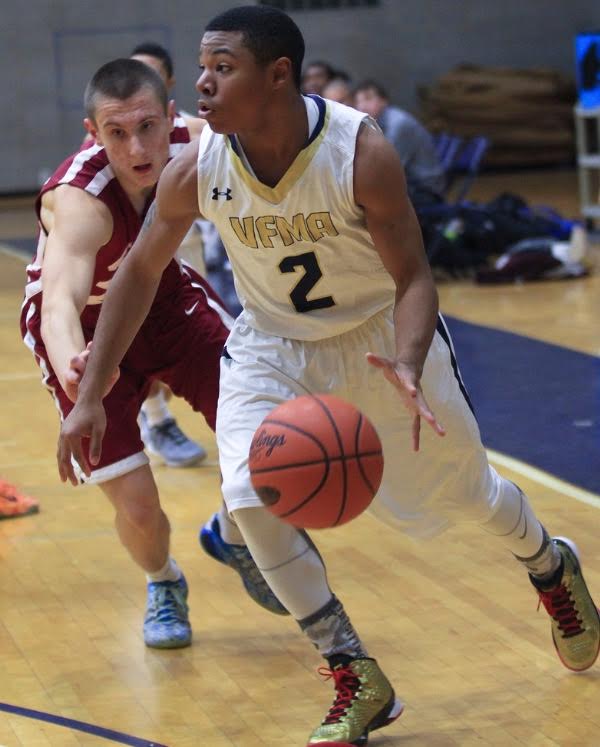 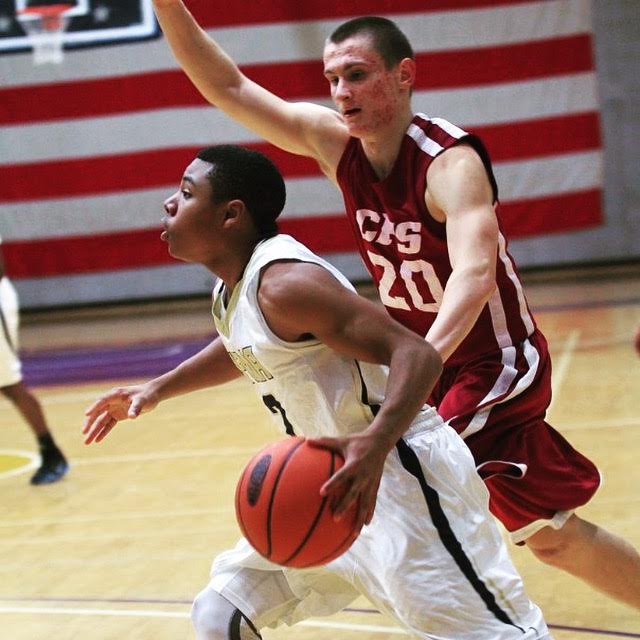 Hard work and persistency has paid off for a former Mt. Olive High School student.

Robert “Robbie” Douglas Roome, 18, of Mt. Olive, will be attending Pfeiffer University in North Carolina in the fall to compete at the D2 level in basketball. The point guard/ shooting guard signed a National Letter of Intent (NLI) on March 10.

A recent graduate of  Valley Forge Military Academy in Wayne, PA, Roome attended his first three years of high school at MOHS, where he played basketball all three years, one year of football and ran track his sophomore year.

“I switched schools because I saw myself succeeding more at a Military Academy,” says Roome. “I have also thought about the military as a career in life, so I wanted to see how’d I like it. I didn’t feel challenged enough at MOHS and I wanted a school that would challenge me academically and athletically.”

Roome plans to study health and physical education, and hopes to pursue a minor in coaching, when he is not on the court.

“The thing I enjoy the most about basketball is the work process that you have to put in,” says Roome, in order to shine on and off the court. It’s because I’m a work horse; I know what I want and I’m going to get it, but focusing on my game. Basketball also allows me to express myself the best on the court.”

Some of his accomplishments include being a varsity starter and “have the game being run around me. Also being a floor general by being a leader on the court.” Roome averaged 15 points per game, four assists per game and two rebounds per game.

The teams he has played for have included the Dream Field AAU program, NJ Panthers, MOHS and at Valley Forge Military Academy his senior year.

Roome does not believe in giving up, even when faced with obstacles.

“The biggest obstacle that I have faced in my career so far is height, also knowing that my teammates don’t really trust me to make good decisions on the court.”

He offers advice to his peers who aspire to succeed.

“Focus on the fundamentals of basketball,” he says, but know that “academics should be your number one focus. Because you can be one of the most talented players on the court but a coach won’t recruit you if you’re poor academically. Also don’t get distracted my negative energy. S.H.I.N.E., “Still here ignoring negative energy,” he says.

“Try to surround yourself with kids who have the same vision as you; I was thankful enough to meet some kids like that,” continues Roome. “Always make sure that you are working for your goals in life. Just as a heads up, for some of y’all, the friends you have now may not always be there because you will cycle through friends, expect to be treated differently because of how successful you are becoming. Trust me it will happen.”

Roome is thankful to his friends and coaches who supported him along the way.

“I would like to give special shout outs to my brother Griffin Conway for always pushing me to do my best, and for all the hours we have put in working on the craft of our game,” says Roome.

“A special thanks goes out to Coach Fisher for always staying on top of me, also telling me what I was doing wrong during games so then I can fix them. Coach Lori, for spending countless hours out in the hot sun during the summer training me, for making me play a few age groups up so I can develop to the change of speed, skill set and build up my confidence.

“Mrs. Best at the high school, for allowing me to basically have 24/7 access to the high school gym so I can get personal workouts in, I won’t forget when you would be surprised that I would be in the gym till 10:30 at night, and would tell me it’s time for me to go home,” says Roome.

“Finally out to my family, cause I know that I’ve been a pretty big pain at some points, but without y’all I wouldn’t have gotten this far. Without all of y’all who I gave a shout out to, I would not be the athlete, person I am today.”