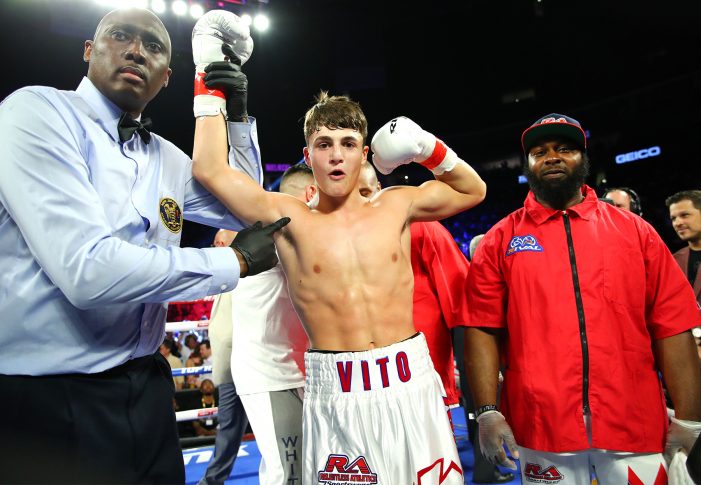 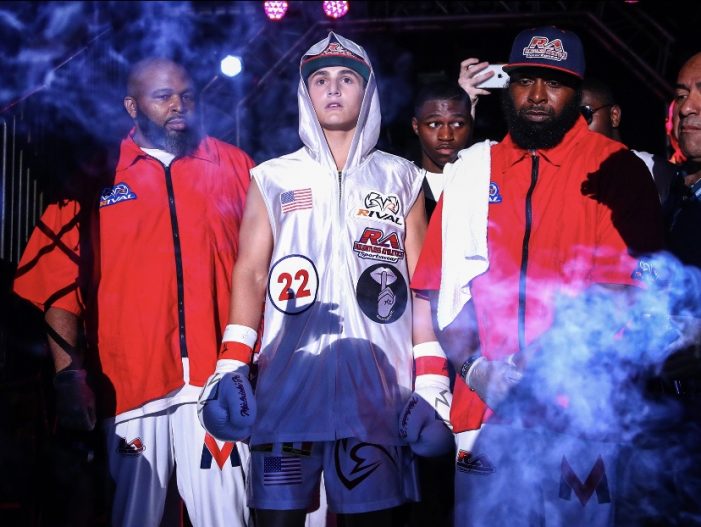 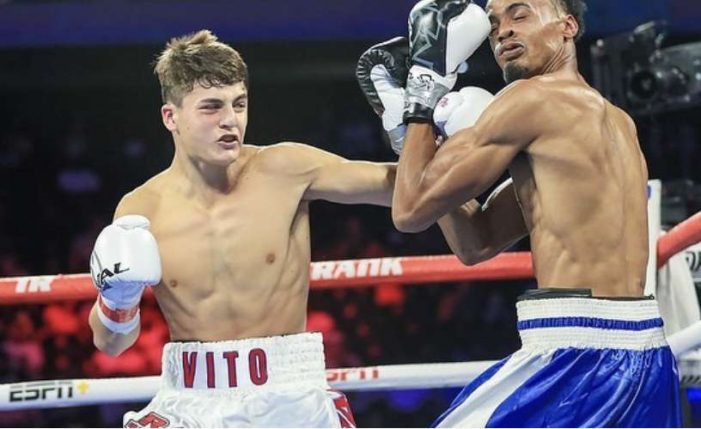 Roseland teen Vito Mielnicki Jr. fell in love with boxing as a child and recently won his first pro boxing fight in less than two minutes.

Mielnicki, 17, a senior at West Essex High School, defeated Tamarcus Smith on July 13, at the Newark Prudential Center in one minute and 16 seconds. The youngster, who stands at 5ft 11 and 147 pounds, is elated, but humble.

“It’s still crazy to me, but it’s time to get back to work,” he said. “I felt great. All the hard work had paid off. It was a surreal moment.”

His knockout actually made the top 10 plays on SportsCenter that night.

His passion for boxing began a decade ago. At the age of 7 he was at home watching Shane Mosley versus Floyd Mayweather. Mielnicki recalled how he was instantly hooked and told his father, Vito Mielnicki Sr., he wanted to box.

With no expectations, he figured he would it would be fun and a good way to stay in shape.

“It was just something about it that made me want to try it,” he explained. 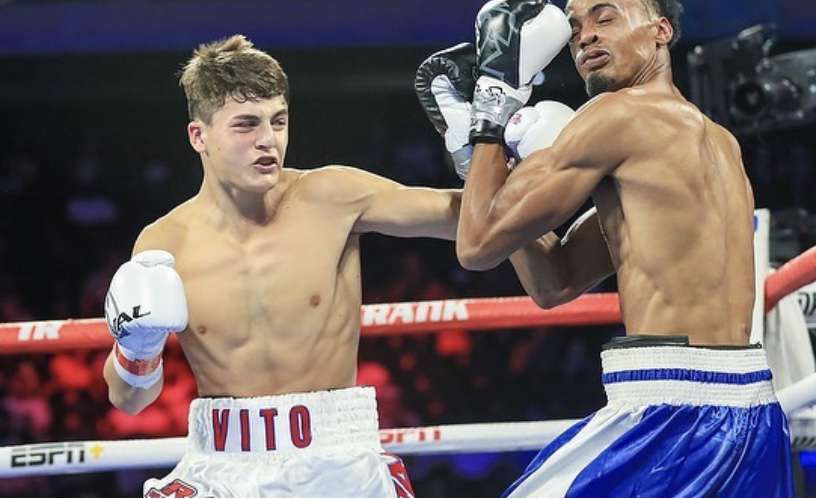 When he was younger, he didn’t know much about the sport. He was athletic, fast, strong and could punch, but soon realized there was much more to the sport than physicality.

Looking back, Mielnicki, describes himself originally as a brawler. While today he has learned there is much more to the sport than punching.

Around the age of 9 or 10, things began to change. Wally Moses trained him at that time and he had a major influence on him.

Moses showed him how to be on the offensive and be defensive. He also educated him on many techniques and minutiae of boxing.

In eighth grade he quit football to focus on boxing. Success soon followed.

Around 13 or 14, Mielnicki knew he could do this for a living.

As he continued to garner attention and rise in the boxing ranks, he knew he could not have gotten this far by himself. The teen said he owes gratitude to his parents, strength and conditioning coach Freddy Caruso and trainer Dwight Fleming of the Passaic Boxing Gym, where he trains.

“You can’t do anything alone,” he stressed. “It’s got to be a team effort.”

After talking with his family and others within his team of confidants, he knew he was ready to go pro. He hired a manager, Anthony Catanza, and they booked his first fight for last month.

Catanza told the Caldwell News he knew there was something special about Mielnicki. He is a quiet, humble kid, who is ferocious and explosive in the ring. 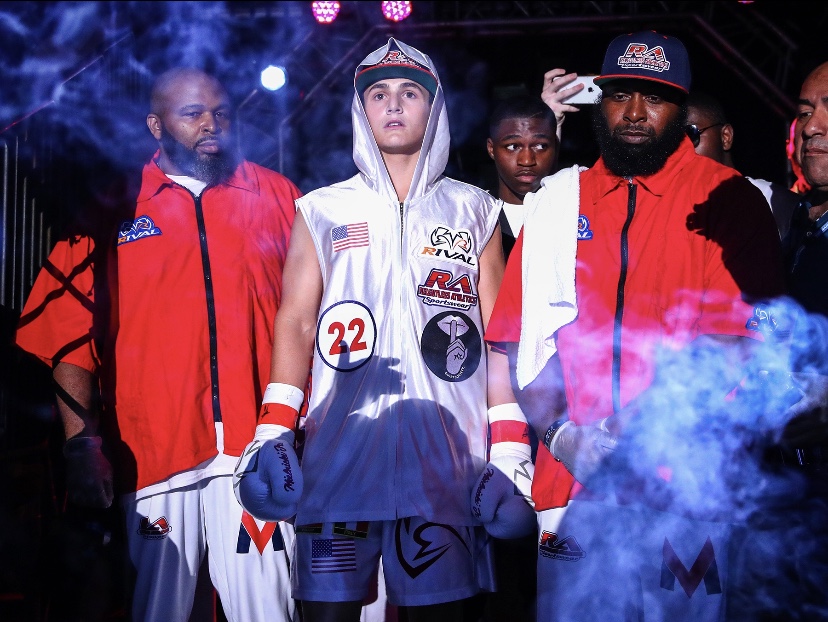 “Vito is one of those guys who don’t come along often,” Catanza said.

While his opponent was 24 and had more experience, that did not matter, Mielnicki explained.

With a right hook to the face, the fight ended quickly.

“I knew it was over by the way he went down,” Mielnicki said.

Going forward, his goal is to move up in his weight class, book a fight for October and continue to improve.